Splatterpunk: Definition and a Story

Last post, I addressed quiet horror. Today, I am addressing quiet horror’s antithesis: splatterpunk. I am personally a huge fan of splatterpunk, named so by David J. Schow in 1986 at the World Fantasy Convention to describe much of the work he and fellow horror writers at the time were putting out (namely, Clive Barker, Joe Lansdale, John Skipp and Craig Spector).

I would define splatterpunk as blood seeping from every orifice, overflowing into the folds of a man roughly 700 pounds with all limbs severed, head detached, laying a few feet away from his body. A girl wrapped in latex makes love to it, placing her tongue into the eye sockets, moaning as she gulps down the remnants of what was the man’s retinas. It’s visceral, disturbing, sexual and violently explicit — with a thin coating of mucous membrane, often seeping with social commentary and dark humor.

It’s a genre that forces you via torture, metaphor and mutilation to acknowledge the shadow aspect of yourself of which Carl Jung, famed Swiss psychiatrist wrote. Carl Jung wrote, “Everyone carries a shadow, and the less it is embodied in the individual’s conscious life, the blacker and denser it is.” Splatterpunk’s purpose is to embody that shadow that we all carry to allow the reader to consciously acknowledge that primal part of all of us, that founding circuitry of evolution, that circuitry that enables us even with all our years of becoming more “civilized” and “advanced” to commit atrocities against one another and to birth new life into this world regardless of religious, cultural or social mores. 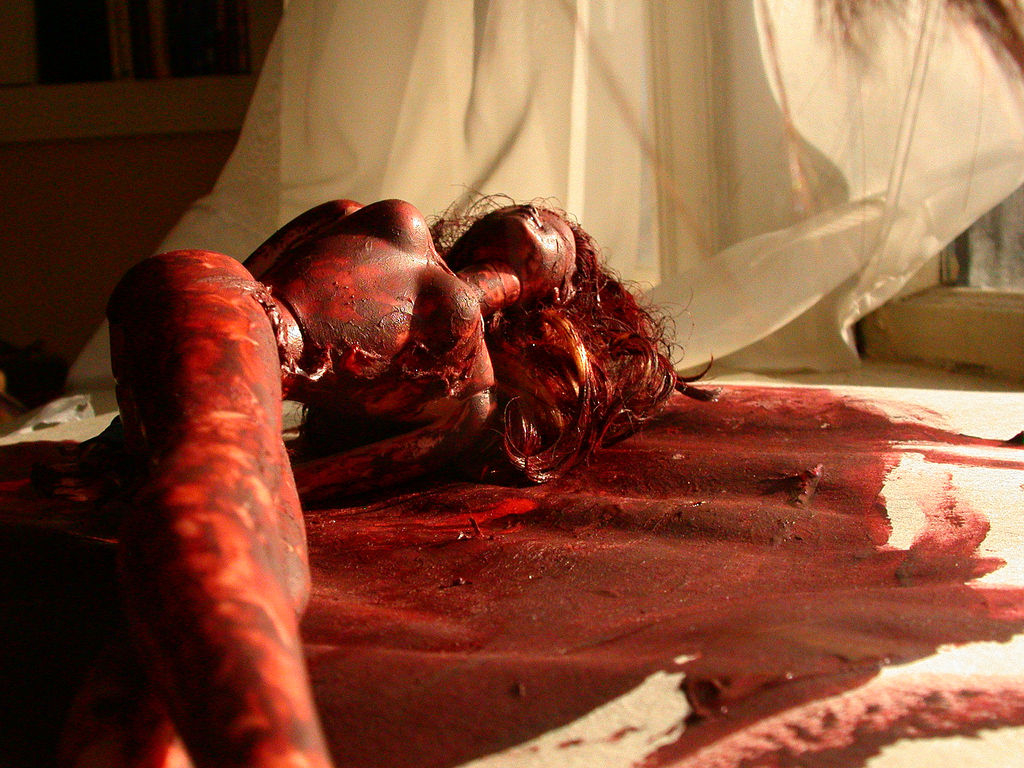 I believe the true horror of splatterpunk does not derive purely from the violent, transgressive, sexual acts and humor on display, but from the harsh truth that we as a species are still very much in the early stages of our evolution… and that no religion, rules, morals, smart phones, or iPads can conceal this fact. We are animals, savage and hungry. We may live in houses, wear designer clothes, live under and by sets of rules and religions. But inside it’s still anarchy. We only dress and act the part of “being beyond all that”. In reality, we’re not. And the more we don’t acknowledge it, the more we deny it , the more we try to convince ourselves we’re past it, or pass the blame onto others, minorities, those we see as “different” or “inferior”, the blacker and denser the shadow becomes, and the more it becomes apparent that — if anything — we’re evolving backwards.

(Warning: this story plays up the sexual and transgressive aspect of splatterpunk, while also being fairly violent, albeit not overly explicit. Suffice it to say this story is NSFW.) 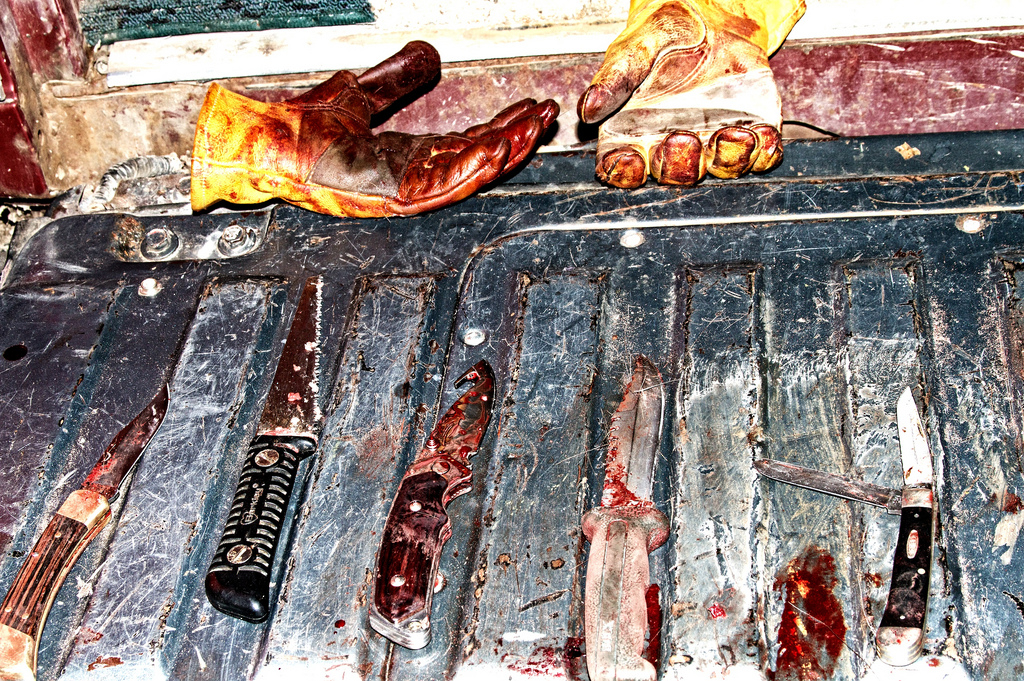 Crucifixions on front lawns. If you’re into that sort of thing go ahead I guess. I can think of a few who you could display. Dave snubbed me when I asked him over for so fun the other day. Said he was still getting off the fun from last time. Didn’t want to ruin it. Scars hadn’t healed yet. Zip tie tracks still imprinted his arms. He said he just couldn’t, not yet. Too soon. Another week. I can’t wait another week through. That’s why I’m going over to see James. You can have Dave if you want em, I have his house key. But it’ll cost you. And I want first dibs when he’s up there. Fuck it’s cold out.

James and his folks are good people. They always treated me fine when I wanted to be treated fine that is. They could wipe it out of you too if you wanted them to. They were accommodating that way. Always have been. I can still remember when I first went over to their house for the first time. Me and James had just discovered how much we had in come and decided that, like blood brothers, we’d seal our friendship as was customary. James’s parents were over the moon. James had never brought a friend home to play before. You cold? Nay, you’re pretty big. Fuck.

Anyway we did the dirty deed in James rubber room next the bowler. I remember that because it was loud. I could barely hear his sweat profanities as he made us one. God we were so young then. Hadn’t even started middle school. Then again we were late bloomers. Most of are peers had made packs in rubber rooms already. You didn’t even have to ask them.

They’d come into school with eyes dark and half shut. Carefully traced cuts along there collar bones, tracing all the pleaser parts they taught us about the first day in kindergarten. They’d raise their arms to answer a question, and you’d see peeking from their vinyl sleeves distinct burns caused by heat and friction on vinyl walls. 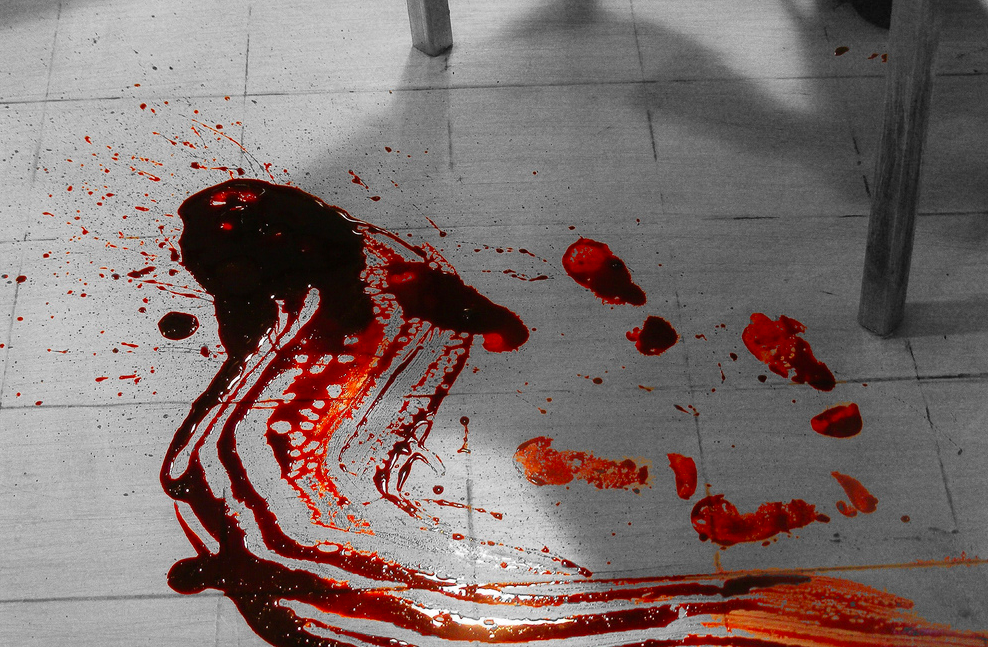 There was always a glow about them, too. A red glow. The glow the color of a blister. Festering, succumbing to the shared mutual sickness that we were taught from birth to share. I can still remember my first day of kindergarten. Most people don’t. Most try to block it out. But I didn’t. I remember standing at the front of the class reciting words from our master’s black book. I remember it was slippery. I remember seeing the flag being brought forth for the first time. I remember unzipping my pants and peeing on it for the first time. I remember the match falling from our master’s gloved hand. Igniting the fabric. The smell still makes me hard. Yeah, there just around this block.

But James, he remembers, too. He tells me so every time I come over to play. He’ll say, “Remember that time?” And I go, “Ummmhhh.” The gag always kinda makes it hard to properly answer, but he knows what I’m saying. He knows everything. And he should. Privacy was outlawed in 2020. Learned that on the first day of kindergarten, too. You…Really? You’re not cold? Fuck, you are sturdy.

Yeah I can’t imagine not living in a house all glass, save for the basement of course. You need that dark. Then again, I never grew up without it, so how would I? Dad says it was awful. Sometimes you’d sit in a tree or bush for hours looking though a small section of glass wall known as a window and not see anything. And sometimes you’d get caught. And they wouldn’t invite you in for some friendly horsing around. No, they’d hall your ass down to a cell. And not the fun kind. 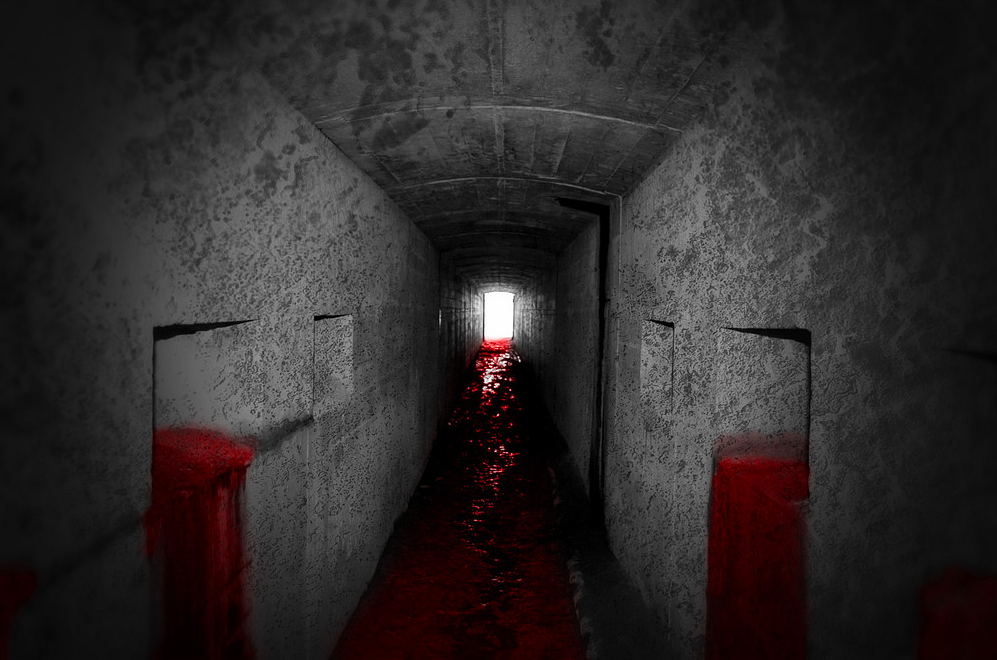 Anyway, here it is. James must have told his folks I was coming over. They’re all dressed up for company. James’ dad shined his boots. His mom sterilized the living room and kitchen, set the table. I can see she’s put out the good restraints and the good cutlery. Man, I’ve missed coming here. Used to come here every day after school. But, what with hunting club and all, it’s been kind of hard. James and his folks understand though. As long as I bring some fresh cuts when I come over, they won’t hurt me too bad. One can dream though, right? I mean… they would, but they’re not in the market for a new lawn decoration like you. And besides, you’ll feed ’em for a week I’m sure.