With longer nights and colder days, it’s the perfect time to cuddle inside with a soft blanket and a sizzling selection of horror shorts.

One of my absolute favorite things about short films is their ability to capture so many emotions in just a few minutes of time. A brief idea becomes its own story, offering just a glimpse into someone else’s world. The films I found for this month’s Fright Bites all have that capability to lure you into the story, just long enough to feel the tension and dread, then be released back to your own delicious reality within minutes!

These stories include a man who finds an unwanted visitor on his motion camera, a strange school girl who is looking, a little too desperately, for friends, and the worst laundry experience anyone will probably ever have.

All of them combined take under 30 minutes to watch; so, take the half-hour to appreciate these creators! 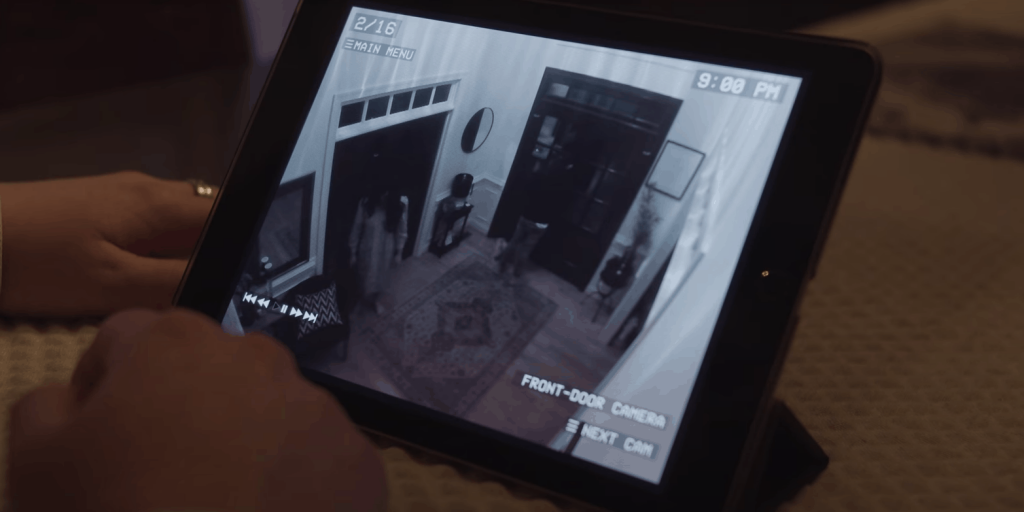 After getting the “motion detected” notification, a man finds something sinister lurking on his cameras.

It’s not an uncommon fear; every time I get the motion-detected notification at a strange hour, I wonder if I’m going to see something creepy on the camera. I never do. It’s usually a neighborhood cat and sometimes even a raccoon or opossum, but never anything as exciting as what the man (Frank Dormani) finds on his cameras in Motion Detected.

This ghostly short film from Vincent Dormani plays on the idea that crawls into our own minds and creates a spooky ghost story that should creep out anyone.

When the man notices that his camera has been going off at the same time every day, he watches the footage and finds there’s another figure in the room that no one can see in person. It’s only through the lens of the camera can he finally see this eerie almost faceless shape standing in the corner, every night at 9 pm.

Ominous and even nail-biting, this short is sure to give you something to think about the next time you check your camera footage.

A strange and lonely girl latches onto a more popular friend, becoming a little too close for comfort.

From the very beginning, we know exactly which one is supposed to be our “odd girl”. Belinda (Kayla Janelle Tellier) has her hair pulled back a little too tight, and she doesn’t manage to ever lift her chin up. She just kind of looks around with her eyes, head tilted down and face pale with assumed innocence.

She is clearly strange, and we want to feel for her as she tries to socialize by hanging out with a group of cool kids at her school.

The build-up is a nice pace for a short as the scenes switch from Belinda at school, leaning in closer and closer to the friendlier girl of the group, Mindi (Parmiss Sehat), to her at home with her mother having eerily vague conversations about her new friends and their plans. Eventually, we learn Belinda is more manipulative and clever than she may appear.

From writer/director Rami Kahlon, Odd Girl takes on some common stereotypes and tropes but manages to still be its own unique story that will leave you watching your back when it comes to making new friends. 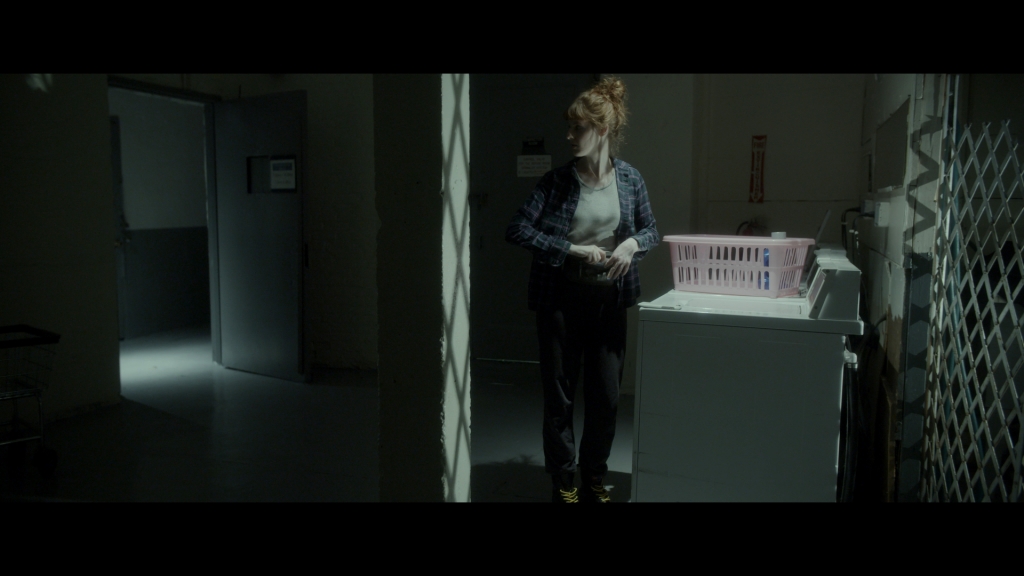 Creeped out by her apartment, a woman tries to remain calm while doing laundry, but unfortunately, she has every right to be scared.

Another fun horror short from Crypt TV, Laundry Night features a woman, Nikki (Nicole Weiss) trying to brave her way through getting her laundry done. She has one of those old, large apartment buildings where the elevator seems like it shouldn’t even be used anymore. But what else are you going to do, take 4 flights of stairs with a laundry basket?

As if the elevator isn’t bad enough, the basement where the washer and dryers are located is even worse.

Machines that hardly work and lights that flicker until they go completely out are involved, making this the worst place to laundry, ever. Nikki tries to stay on the phone with her friend to keep herself feeling safe. But, of course, she loses phone connection. When we see that there is definitely something in this basement with her and all her fears are proven right, it’s hard not to cheer on Nikki as she tries to escape this hellish experience.

A tense and pretty horrific exploration from filmmaker A.K. Espada, Laundry Night dives right into that fear of being watched in those dark and quiet places.