It’s that time of year for some of the best of the horror genre, in my opinion at least, and that’s Holiday horror!

It’s getting colder outside, the trees are dead, and everyone decides to throw lights up and tell each other “Happy Holidays”. All year-round, watching great horror is a way to cope with and escape from some of the real-life horrors. But watching horror films over the holidays — during a time of stress and seasonal depression for many — is an extra special gift and a great way to survive “the most wonderful time of year.”

Whether you celebrate Christmas or the holidays at all, these festive-flavored scares offer a fun twist on this ‘festive’ time — and these shorts are anything but cheery and bright. 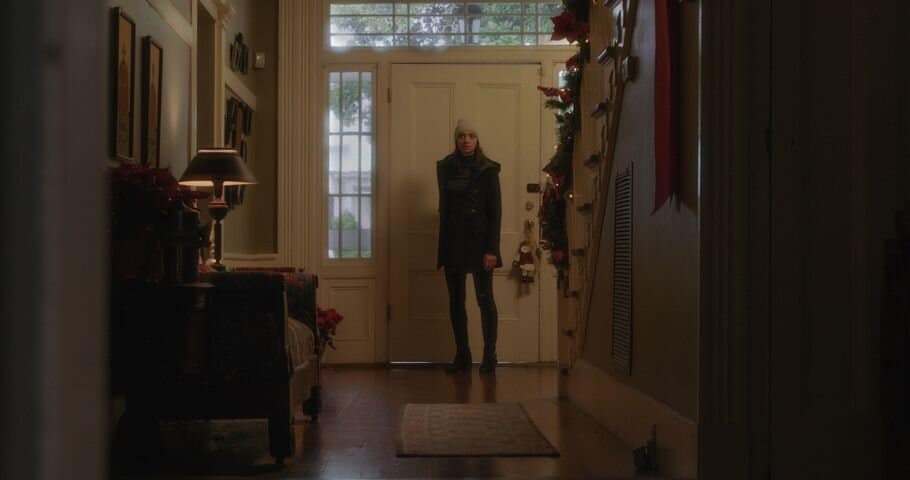 After getting the “motion detected” notification, a man finds something sinister lurking on his cameras.

Upon arriving at her childhood home, a young woman finds someone strange living there, someone she is supposed to recognize, but doesn’t.

Beginning with what seems like a typical tale of someone returning home for the holidays, there is obviously more going on in The Stranger. When Blake (Melissa Saint-Amand) returns to visit her mom, it is not only for the holidays but for what seems to be the first time in a while.

To make the situation all the more awkward, a strange woman answers the door. Blake learns that the woman is her sister Lily (Autumn Dial) and this visit suddenly takes a dark and psychologically horrifying turn.

Searching for answers in what should be her small and familiar hometown, Blake struggles to sort out reality. Unfortunately, as we learn more about her own past, it becomes more difficult to know who or what to believe in this seriously strange film.

Directed by Katherine Oostman, this trip back home is not at all what anyone would expect! 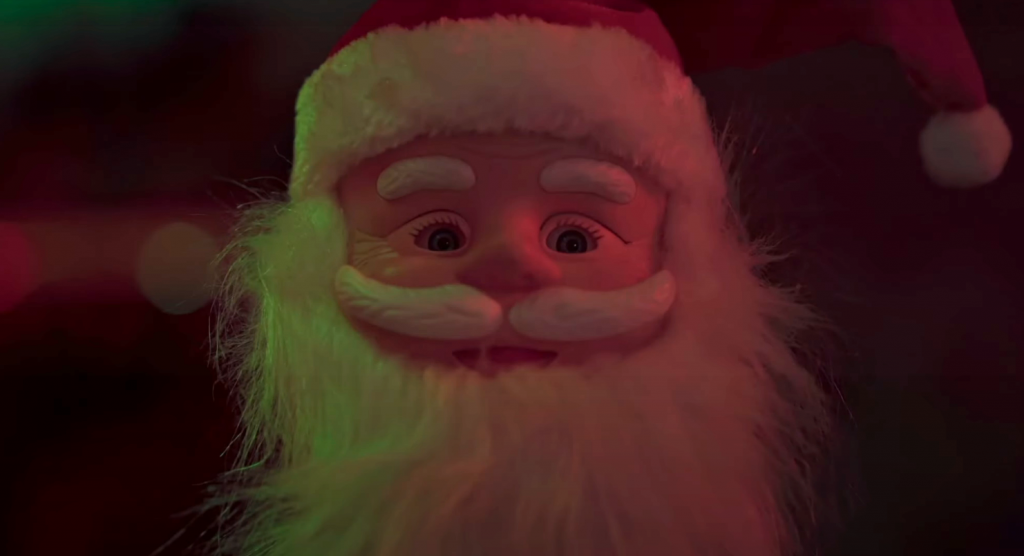 An animatronic Santa doll gives an unusual type of present.


A countdown to murder, Jolly is a creepy and hilarious mix of Christmas and evil.

Beginning with a man who wakes up on his couch because an animatronic Santa head is going off on its own. While this is not exactly a pleasant way to wake up as it is, it gets worse when Santa tells the man that he is going to “unwrap his skull”.

The Santa continues to play ominous recordings, threatening the man as soon as midnight strikes, which happens to be seconds away. The man scoffs, noting that the Santa toy is just a head; what could it even do??

The seconds slowly pass as the threat grows closer and the cheerful green and red lighting of the entire film just isn’t holly enough to save anyone from the impending doom that awaits all of us.

Created by Todd Spence and Zak White, this 4-minute short is like a horror stocking stuffer that you can’t miss! 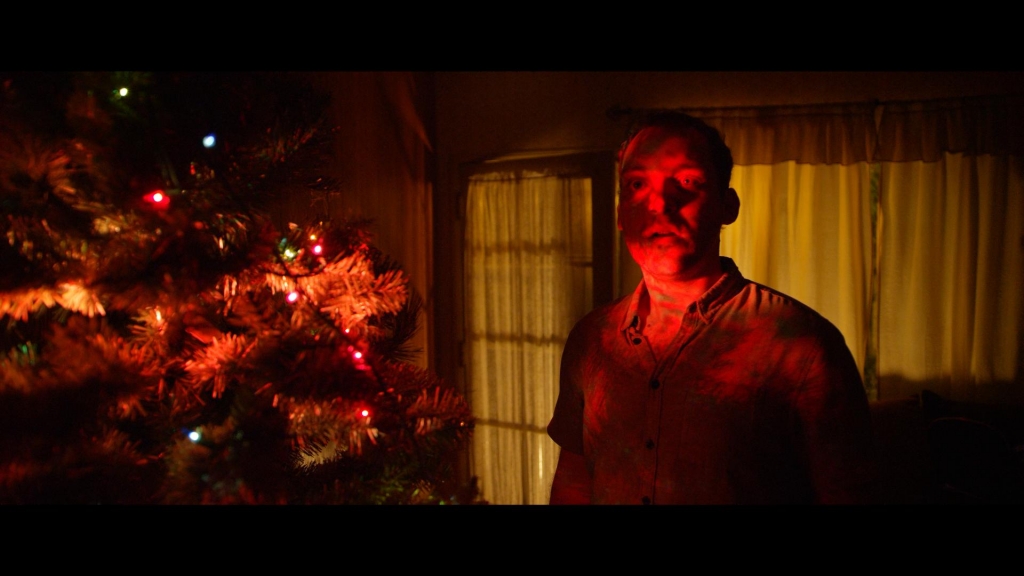 A worker who sets up Christmas trees ends up in a spooky situation.


The winter holidays in a place like Los Angeles aren’t exactly what one would expect for this time of year. Not only does it not snow, but it hardly gets very cold.

The Christmas Party leans into this lack of holiday themes heavily by opening on a sunny day at the beach. We meet Noah (Colby Herst), who is in a short sleeve t-shirt, and Summer (Ayana Taylor) wearing a tank top, talking about their plans for the season.

Eventually, Noah is off to work where he fulfills the holiday spirit by helping people put up their Christmas trees. He shows up on a job where he is immediately confronted by a man (Christopher Torres) that is definitely not the person he thought he spoke to on the phone prior to arriving.

The man is overly excited about the holidays, but he is nothing short of a creep. His face is far too pale with dark circles around his eyes, and his behavior is beyond strange. But, if you’ve ever been to a place like Los Angeles, you’re more than aware that this is pretty normal, and in a city where the rent is ever-increasing, a gig is a gig.

So, Noah tries to ignore the man who creeps on him the entire time he tries to work, offering him egg nog and being all too close for comfort. Of course, things just get eerier as the job continues, and it becomes more uncertain as to whether Noah is going to enjoy his holiday after all.

Directed and written by Jakob Kolness, The Christmas Party is not your typical holiday film, as it will have you thinking twice about the friendliness of others this time of year.