Attack of the SOVs: Interview With Tim Ritter

Talking shop with Tim Ritter, the man who mastered the art of Shot on Video films and became a cult horror icon

“The main reason to create is to really, truly feel alive!” – Tim Ritter 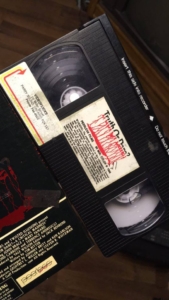 Throughout the 1980s, the average person was able to create their own movie using nothing more than a camcorder. These films were known as Shot on Videos or SOVs. However, only a handful of these movies actually made it to the local video store to be seen by thousands of gore obsessed horror fans. Now with iPhones and modern technology, it seems DIY horror films are making a resurgence.

This horror fan sat down with the King of SOVs, cult filmmaker and writer Tim Ritter, for a Q and A to discuss the history of these films and where it all began. Ritter was involved with the creation of some of the first direct-to-video horror movies to hit VHS in 1984-1986, including DAY OF THE REAPER, TWISTED ILLUSIONS, and the highly successful TRUTH OR DARE? A CRITICAL MADNESS. 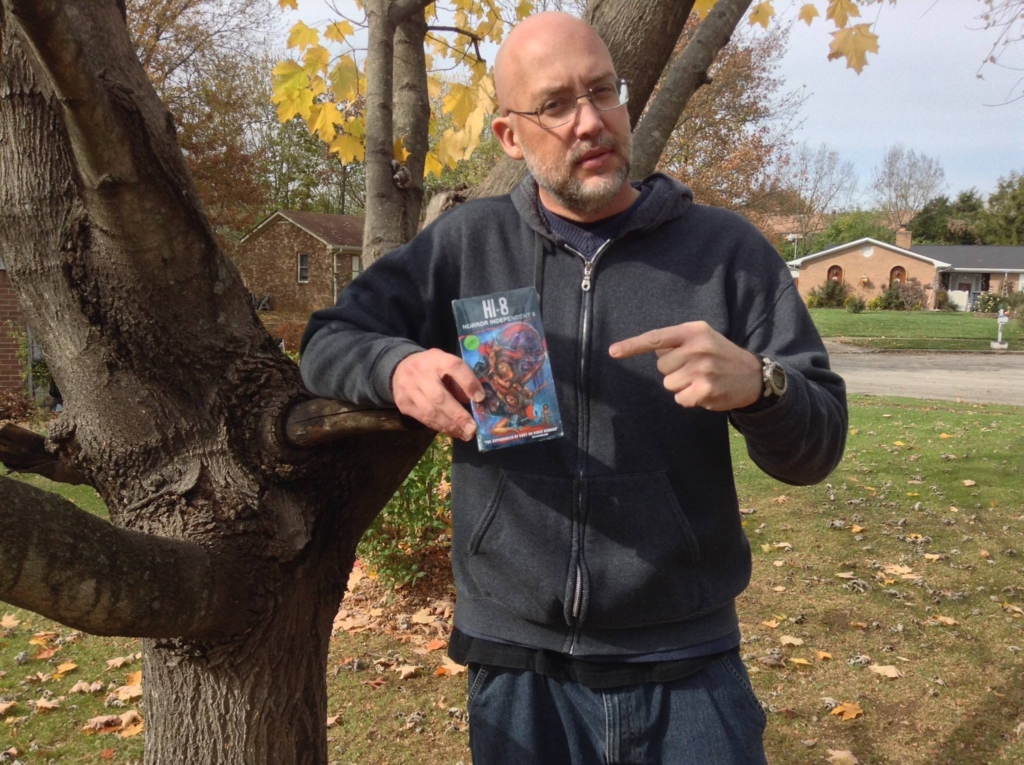 Why shoot on video?

Well, it’s affordable! Super 8 and 16mm film, which I used on some of my early projects like Day of the Reaper, Truth or Dare, and Killing Spree, were all pretty expensive to produce on the film format. Just the film rolls themselves, the price, and having to transfer the material to tape. When video came around, you could shoot as much as you wanted more affordably and see the dailies instantly, as opposed to waiting two weeks for developing or transferring the film and/or negative. 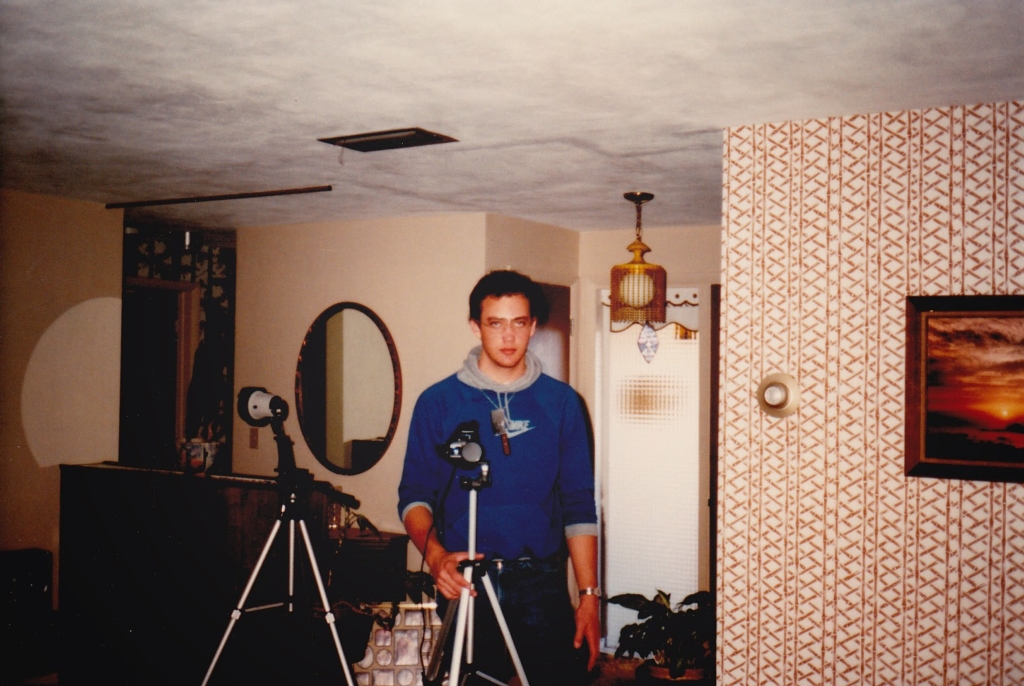 When did the shot on video craze really catch on?

It probably started in 1985 or so — just many people seeing the opportunity to shoot features on video. The adult market also changed over from big 35mm movies to shooting on 3/4″ and Betacam video in this time period, probably 1984, 1985 or so, and it was just a cheaper way for producers of alternative product to get stuff made and out there…and distributed nationally on videotape!

How do you think shot on video films compare to shooting stuff digital and on iPhones today?

It’s the same principle and work needed to shoot properly, light it, edit it and make it something someone would want to see and hopefully watch! But today’s digital quality, in terms of picture quality, color, and sound- is definitely better than the 3/4″, Super VHS, and Hi-8 stuff I used — especially on the bigger screens. But content, well, there’s not much comparison.

I think back in the 80s and 90s, especially for horror, shot on video was so new and the people doing it had such passion that it was a little more exciting than it is now. But occasionally, you do find a gem amidst all the cliché stuff, and that’s always fun! But it’s amazing the stuff from that era has stuck around so long and is STILL selling on VHS and even Blue Ray movies like Wicked Games, Gorotica, Scream Dream, Blood Cult, Redneck Zombies, Video Violence, Sledgehammer, Twisted Illusions. There’s still major interest and affection from the fans on the old stuff, so that speaks for itself! 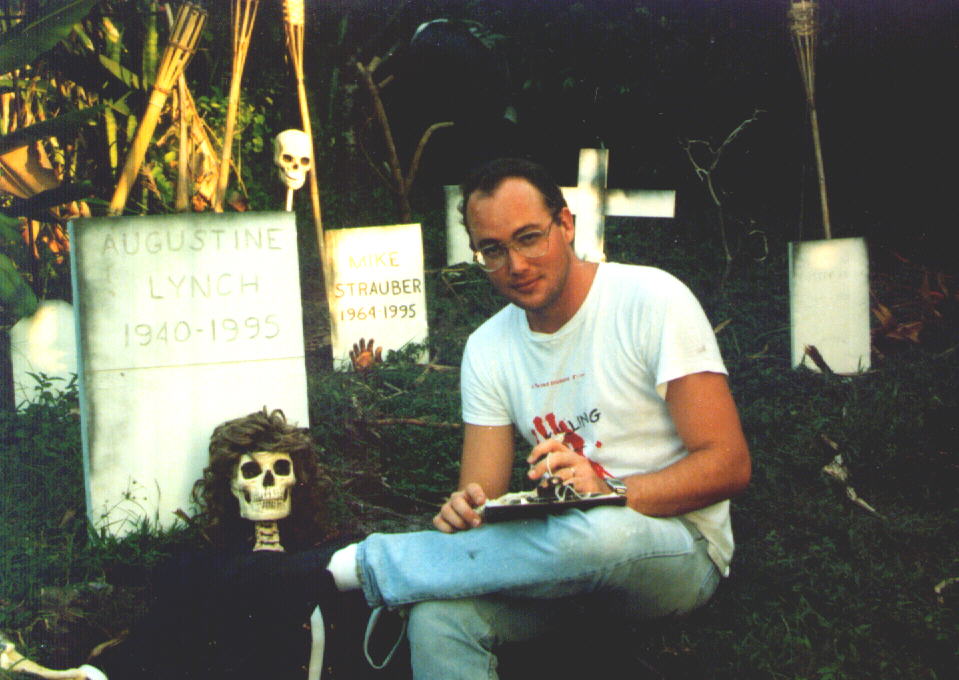 Was there a kinship between you and the other shot on video directors?

Oh yeah. We all kept in touch and always sent each other our latest epics! We always talked and discussed the market and had a friendly competition. I’ve probably talked extensively with about everyone from that era at one time or another, from J.R. Bookwalter to Ron Bonk to Donald Farmer, whom I’ve worked with many times. And I collaborated with so many of them on various anthologies and projects. I did Hi-8 with Todd Sheets and Brad Sykes, and I mean…we all share a common bond of doing shot on video before it got kind of so routine and disposable, as it is in many ways today. One click, a few minutes of streaming and, “Nah, not for me…” Next movie!

What makes you continue to shoot this way?

Well, again, it’s economical to get a movie out there this way compared to film. There’s big market potential for whatever you shoot, and the quality these days is SUPER excellent, you know? Whether you’re shooting in just HD or even 4K, the picture is just so awesome and clear if you light it right, and in some cases, even if you don’t!

But I love to tell stories and this is a great medium to do it in, that’s all I can say. If I have a cool story that I really need to get out there, I try to get it down on paper as best as possible. The next step is making a video movie of it! It’s just the way I’m wired — and there’s many of us out there like this, as we can see with the thousands of direct to video or streaming horror movies we see released each and every year. 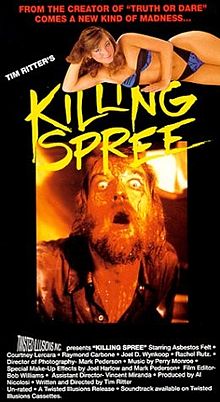 Guest Author: David Anderson has an extensive experience writing and editing for the web. He is a huge fan of horror especially the obscure. In addition, Anderson writes fictional stories and will be having six horror short stories published this year.