“All the Moons” is a beautiful, heartbreaking, poetic masterpiece — a dark coming-of-age fairytale that will leave you spellbound. Writer and director Igor Legarreta dazzles with his third feature film, All the Moons (2020).

Both Legarreta and co-writer Jon Sagala weave a fascinating myth: a dark fairytale, fantasy nightmare. Two broken hearts come together, each grieving differently and in their own manner. They find one another and form a surrogate family, but nature and circumstance make a problematic partnership.

The year is 1876, and the country of Basque is witness to the third Carlist war.

The story centers around a young girl in early adolescence who resides in a nun-run orphanage. It isn’t long before the boarding house incurs casualties. A mysterious woman (Itziar Ituño), who will later come to be known as “Madre” or mother, hastens to the carnage site where she discovers our protagonist, Amaia (Haizea Carneros). She lays dying in the wreckage and has an unrequested gift bestowed upon her.

When considering the film’s themes, Interview with the Vampire comes to mind, with both films sharing the hallmark of a child doomed to live for eternity. 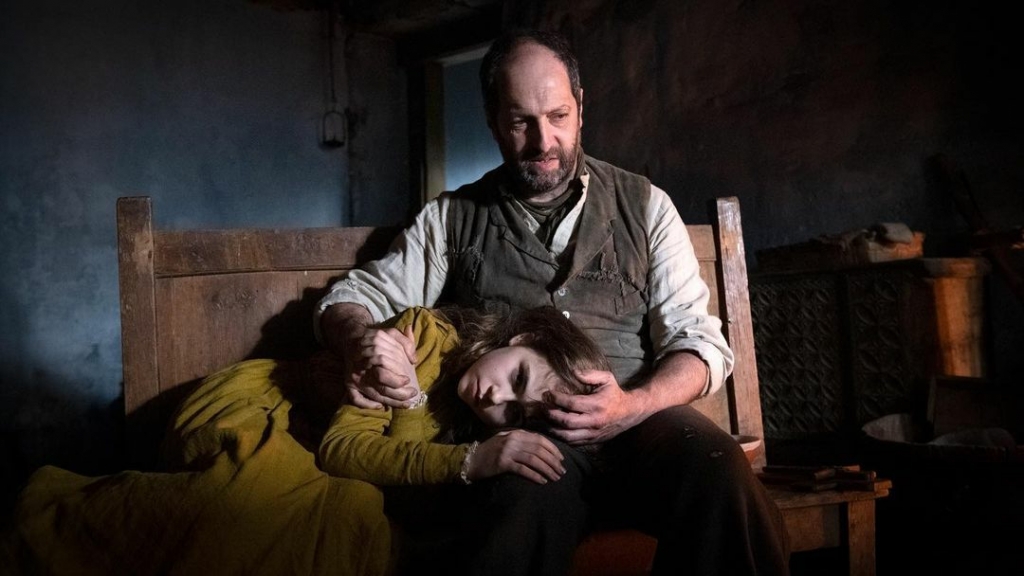 The audience recalls the taboo of “turning one so young.”

An unfortunate event later separates the fledgling from the sire, and she must learn to fend for herself. Meanwhile, she dreams of Madre returning to her. It is unclear whether this is an unspoken desire or if the elder entity can peek in on the girl from time to time. The lack of clarification adds to the film’s intrigue.

We then fast forward to ten years later, and Amaia, who should have been in her twenties, has not aged a day. In addition to self-taught survival skills, the young creature has acquired resistance to sunlight and can now walk freely amongst the villages.

Longing for companionship, the twice orphaned Amaia is taken in by Cándido (Josean Bengoetxea), a widower morning the loss of a wife and child. He has abandoned his faith due to these losses. Both parties come together and form a surrogate family. But a blessing quickly becomes a curse once the village suspects the young girl is possessed.

The film is also reminiscent of Let The Right One In as Amaia befriends a young boy before things veer left. 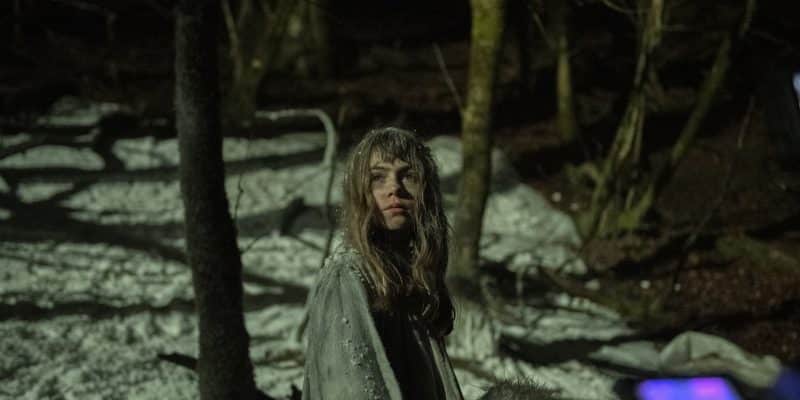 The audience is left pondering whether or not the two children will form a bond or if this is the time-old story of a boy merely taking a liking to a girl. Amaia finds it difficult to assimilate as a human, and nothing comes from friendship.

The film lacks heavy dialogue and relies on atmosphere and interpretation to carry the narrative. The absence of spoon-feeding is most enjoyable as the audience can observe and assess the film while freely forming opinions on what is going on.

The identity of the supernatural creature is never clearly stated in the movie. One is left to consider whether or not this creature that feeds off the dead is of the ghoul or vampire variety.

The film is now available for viewing on Shudder and Amazon Prime.