Everything botched and beautiful about “Office Killer” is right there in the title — the indescribably strange (sort-of) slasher from Cindy Sherman. 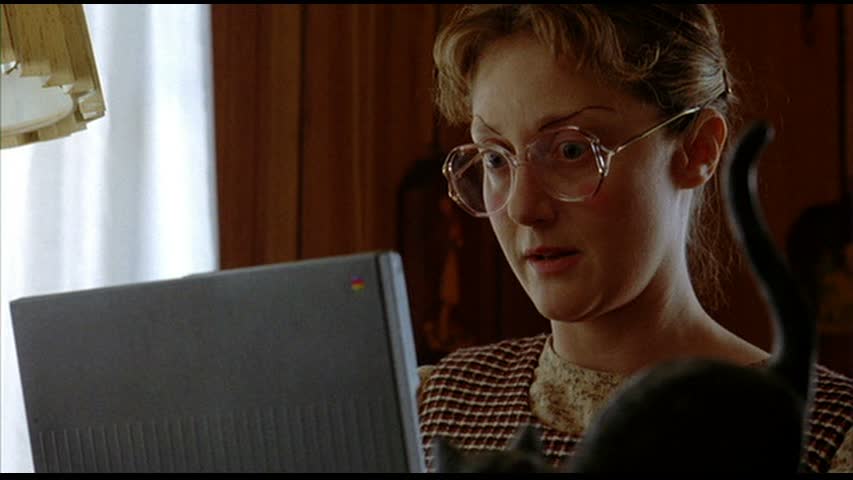 I wanted to find something on Shudder directed by a woman for Women in Horror Month. Fortunately, their curated collection, A Woman’s Touch, gathers all the options into a single click. There are the buzzed-about Shudder Exclusives like Revenge and Prevenge (no relation). Ana Lily Amirpour’s black-and-white Iranian Vampire Western opus, A Girl Walks Home Alone At Night, is an easy standout. And if that genre stew doesn’t convince you, heed Shudder user murderend’s 5-star review: “this movie has like the biggest cat i’ve ever seen.”

And at the bottom of so many recommendations sits 1997’s Office Killer. The poster, complete with shattered-glass, floating heads, and a bad font, belongs to a late Urban Legend sequel. The name, generic as a job description and somehow not already taken, predicts the homogenized rebranding of VOD movies to come. It sure looked like a duck, and I readied myself for the quacking as I pressed play.

But Office Killer is an odd duck, if it’s even really a duck at all. 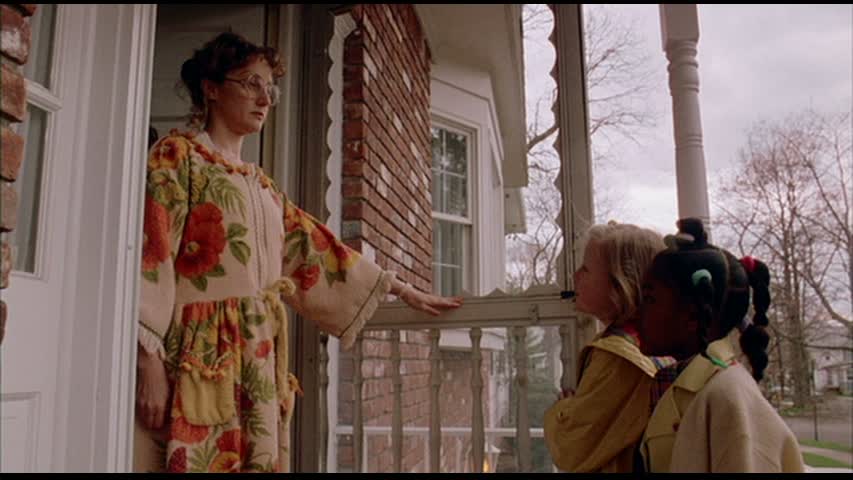 Cindy Sherman understands the power of a name. Untitled Film Stills, the collection of photographs that put her on the map and now hangs in the Museum of Modern Art, didn’t need them. Each photo sees Sherman posing for her own camera as a black-and-white archetype of 1950s womanhood, by way of the B-movie. The scurrilous bombshell. The hot-headed homemaker. The oversexed wife. Each identified by only a number, so the viewer can only take what the art gives them. There’s no name to mislead.

As Sherman’s first, last, and, to date, only turn in the director’s chair, Office Killer makes a lot more sense, as a title and a horror movie. Or black comedy. Or melodrama. Or maybe all three. It’s hard to tell sometimes, which is about the only thing critics agreed on when they beat it to a pulp upon release.
Whatever pops into your head with the words “office killer,” this isn’t it.

Dorine Douglas descends from a long line of over-bullied victims-turned-villains, but rarely are they women, and fewer still sport Gloria Vanderbilt frames and penciled-on eyebrows that would put Vampira to shame. Despite working as an editor longer than anyone else, for a magazine her father founded, she’s treated as a secretary on a good day and a fern on any other. 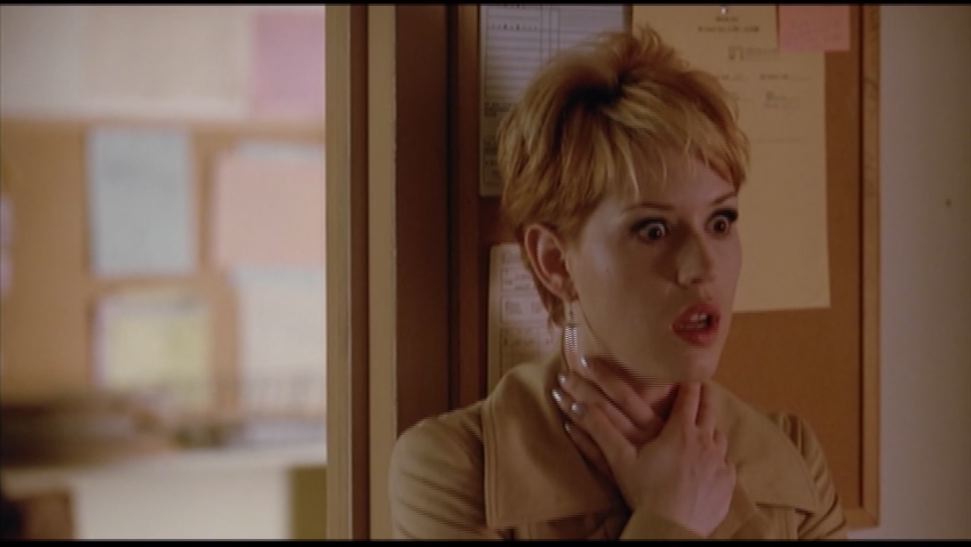 Her boss, an Ariana Huffington parody down to accent and appearance, practically forgets she’s around between dueling puffs of cigarette and inhaler. When Dorine isn’t busy doing other people’s work or being ignored, she’s taking care of her mother, who lost her mobility in a car accident, the same one that killed her dad. Mom waxes nostalgic for having a Good Man around, even if she did always yell at little Dorine for making up perverted stories about him. Especially because she still believes the stories were made up.

Nobody listens to Dorine and the ones that do mock her for whatever she says and take advantage of her hesitation to say more. By the time her first coworker dies, by genuine accident, you almost don’t blame her for spiriting the body off to her basement and pretending it’s alive. That corpse is the first thing in her life she can control. Can understand. Can befriend.

But then she starts intentionally murdering coworkers, and her downstairs hideaway turns into a still-life sitcom. 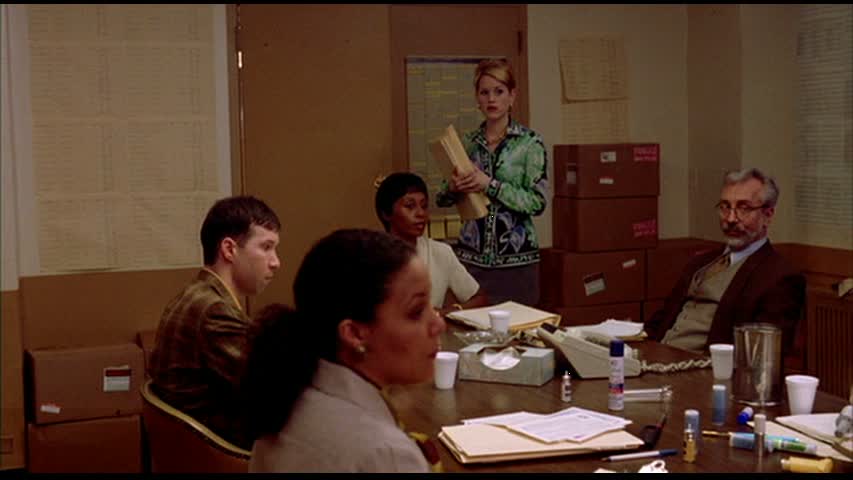 Carol Kane’s performance as Dorine holds ‘Office Killer’ together. A coke-bottle prescription magnifies her eyes into anxious cartoons, looking everywhere but into anyone else’s. Considering she’s almost mute, the accidental exaggeration is sometimes the only introspection we get. Sherman’s style, which plays at times like a slideshow of textured close-ups and wide shots in stark profile, keeps Dorine small, looked down on.

I’d say she’s mousy, but that’s too easy an observation considering her office is built like a beige, brick maze. Entire scenes play out in nothing but shades of brown. Geography is kept vague and hard to track. When two coworkers — Molly Ringwald and Jeanne Tripplehorn as fashionable oil and corporate water, respectively — take a smoke break, you’d swear they just stepped out of a San Quentin guard tower. No wonder Dorine loses it. By the time she’s taping bodies shut and Windexing their worsening stenches away, Dorine still has most of our sympathies.

She’s a slasher we want to see get away with it. Not because some dumb teenagers in the woods will die in creative ways of escalating absurdity, but because, dammit, she deserves it. She’s had enough. 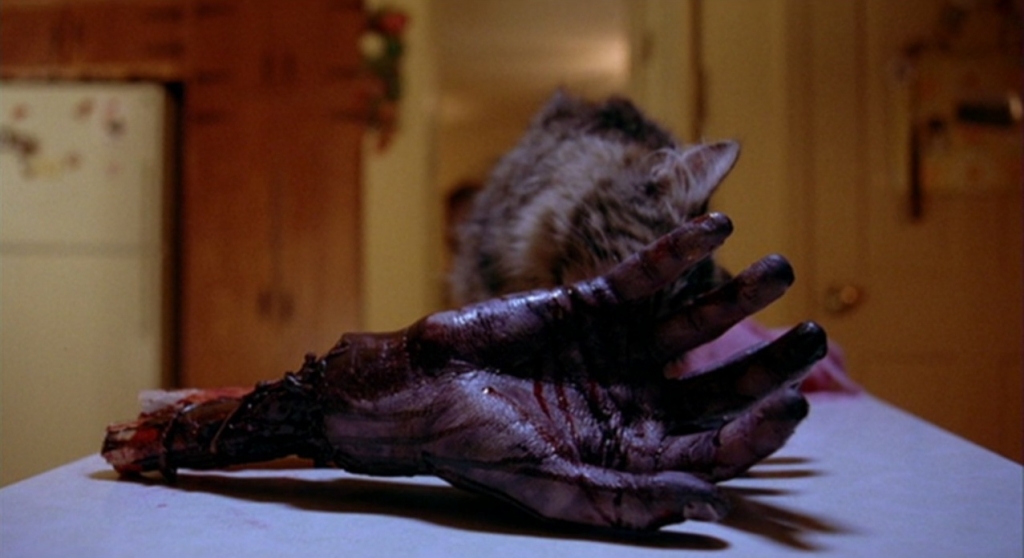 But Office Killer isn’t a slasher, either. Most of the murders happen off screen. The goopiest gore, and there is goop, comes after the kill. We don’t see her stab someone in the throat with the toothy end of a tape dispenser, but we do see her pull it back out. We don’t see her cut anything off, but we do see her tease her cats with a pair of graying hands. Though Dorine does get something of a slasher one-liner that should resonate in a deep, dark place with anyone who works where they live: “It’s all because you sent us home to do our jobs.”

There is no close cousin to Office Killer, but it does provide an unlikely companion piece to Mary Harron’s American Psycho.

If that’s a horror story about an inwardly psychotic and outwardly admired investment banker who turns serial killer over frustrations smaller than the coveted watermark on a rival’s business card, Office Killer covers the other end of the corporate socio-economic spectrum. Dorine is a product of life-long abuse. A portrait of her and her rapist father still hangs in the kitchen. Her mom painted it. When someone on the wrong end of a butcher knife pleads, “I’m so sorry, I’m so sorry, I didn’t mean to hurt you,” Dorine mocks her; in her life, what else is new? 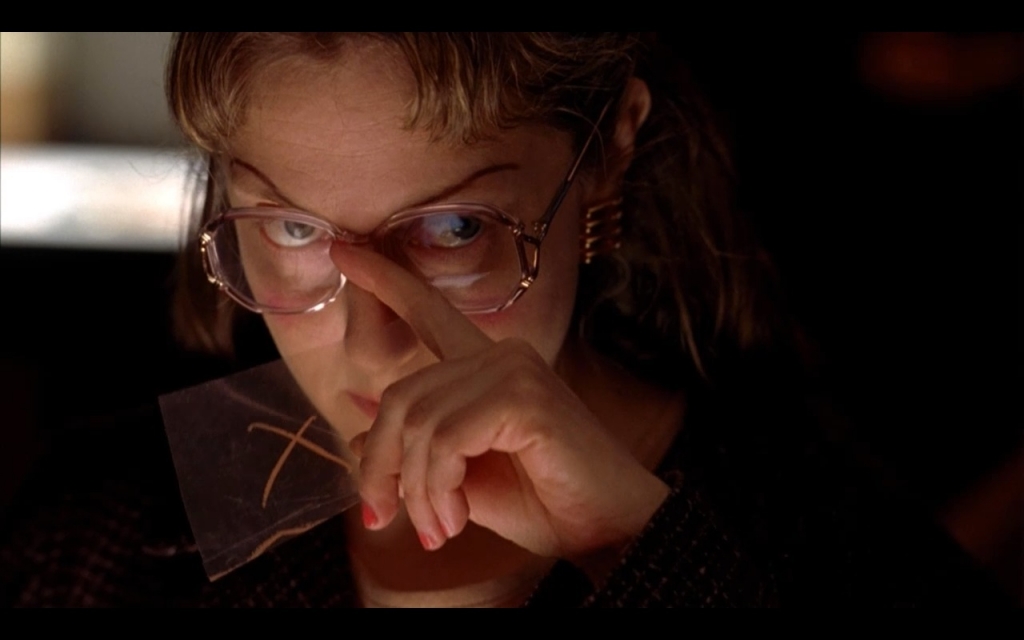 She monologues in her head in resume-ready format. Killing an entire company and running away isn’t a crime, but “accepting my limitations while accentuating my strengths.”

Even the line between life and death blurs within the confines of her mind and basement. Both murderers get away with it, but whereas the Wall Street hotshot in ‘American Psycho’ finds himself lost in his invulnerability — nobody’s noticed the bloodstains on his ivory tower and it seems like nobody ever will — Dorine’s put-upon drone is liberated by her escape. For once in her life, there is no hell to pay.

It’s not hard to see why Office Killer was greeted with a collective scoff. Not enough horror for the horror hounds. Not enough black comedy or gleefully perverse satire for the John Waters crowd (a likely influence considering the director later appeared in one of his films). Not ambitious enough to make Cindy Sherman’s supporters see it as much more than a slash-less slasher.

Round holes for a square peg that’s tailor made for a home video discovery that hasn’t happened yet.