First-time director Coraline Fargeat’s REVENGE is already achieving legendary status. Within a span of two weeks I watched it four times…and got a bigger electric charge every time.

That evening some cheerful and indulgent partying leads Stanley to grossly misinterpret Jennifer’s intoxicated and playful dancing. This leads to outrageous chauvinism, intimidation, rape, and coagulating rivers of delicious blood.

Revenge is without a doubt the best exploitation film I’ve seen this year, and a stratified examination of the relationship between attacker and victim.

I know “exploitation” is a somewhat antiquated term to use these days. But regardless of what statements the film makes — or what symbolic imagery it presents us with — at its heart, Revenge is a good old-fashioned desert survival exploitation flick. It isn’t precisely horror, even though it has been adopted by horror audiences. It is too grim and bloody for the modern action genre, so I guess horror is a good home for it. Horror is, after all, home to some of the most outrageous and antisocial films ever made.

First-time director Coraline Fargeat does a seamless job expressing indignation within the confines of the genre movie by blending statement and style perfectly. REVENGE is not a candy cane twist of color, it’s the new color all the film’s colors combine to make. Neither expression nor exploitation over-shadows the other. 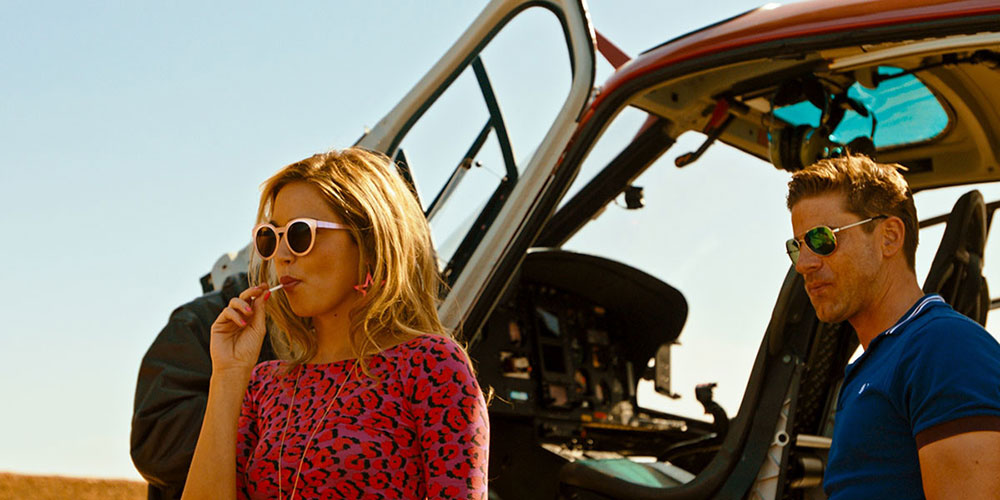 The symbolism in Revenge is not hyperbole. It doesn’t even have to be symbolism. You are going to gain great satisfaction from it, regardless of the angle you look at it from. There is, however, significant symbolic layering in the narrative, both visual and otherwise.

There are unmistakable visual references to the consumption of sweet things — like the candied goo Dimitri eats (a disgusting scene) and the lollipop Jennifer sucks on. Also, one cannot deny the symbolism when she bites into the apple.

There are also numerous references to looking, and to being seen. Jennifer says she wants to live in L.A. and be noticed. Stanley and Dimitri both stare at her, and all throughout the film both Jennifer and the three men use magnified looking devices. They are mostly firearm scopes, yes, but there is still the act of looking. There is a bloodied painting of the Virgin Mary, and long hallways flooded and slippery with blood like a menstruating vagina.

The main idea in the movie, and what makes it so ingenious, is how it turns the concept of the male gaze in on itself. We are watching a film that is calling out the male gaze, and it is doing so by using the male gaze. Even in vengeance mode, Jennifer is objectified and photographed in a hyper-sexual manner. She has a stunning figure, and Fargeaut makes a point to keep that front and center. Coated in blood and muddy red sand — but bum shots galore, tight top, and bare midriff.

So is the movie gender-specific? I don’t believe so. 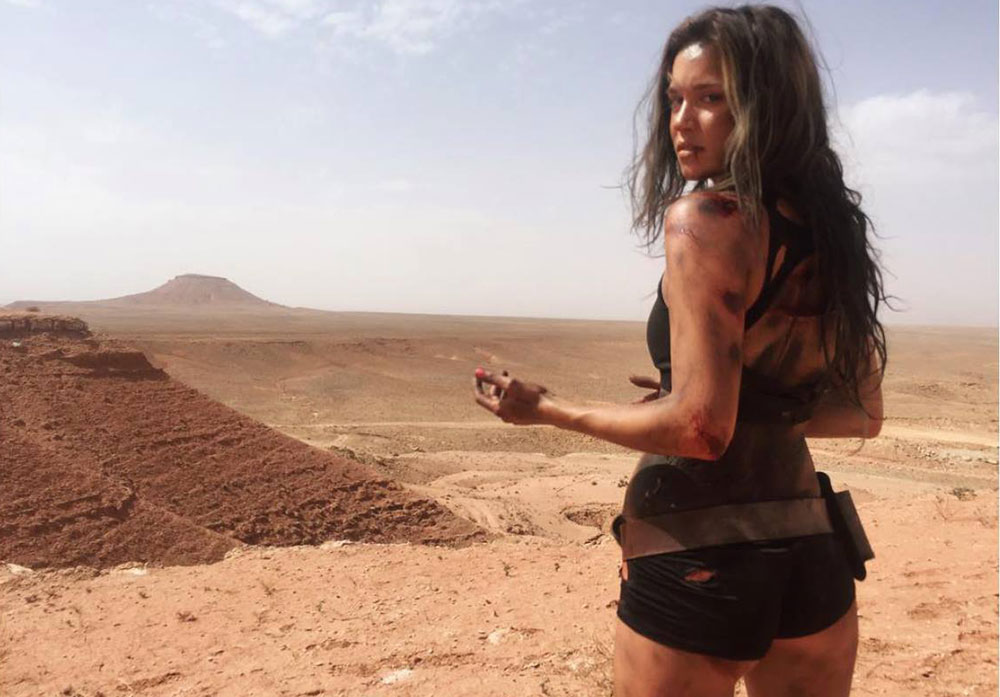 Jennifer could have been killed after the rape and avenged by a brother or father, and the movie would have looked and played out exactly the same way. But because the female victim survives to wreak vengeance, every detail in the movie suddenly changes drastically. And although the violence has yonic symbolism, no sexual violence is visited upon Jennifer’s attackers. She blows off no balls, relishes in no slow castrations, and ensnares no one into traps using false seduction. And yet all the kills have some kind of penetration metaphor, and the wounds are vaginal in shape.

Another thing to note is that Jennifer doesn’t speak a word when pursuing and killing someone. Is that because silence gives the kills a more dramatic effect, or is it because Jennifer’s intentions shouldn’t have to be spelled out for the audience? Either answer applies perfectly.

This is my favorite movie of the year, so far. Everything about it works perfectly and fits within a rhythm and clockwork logic that obliterates the need for common sense and questions.