The sub genre gets a lot of hate, but Bobcat Goldthwait’s love letter to Bigfoot, “Willow Creek”, is the perfect example of found footage done right. 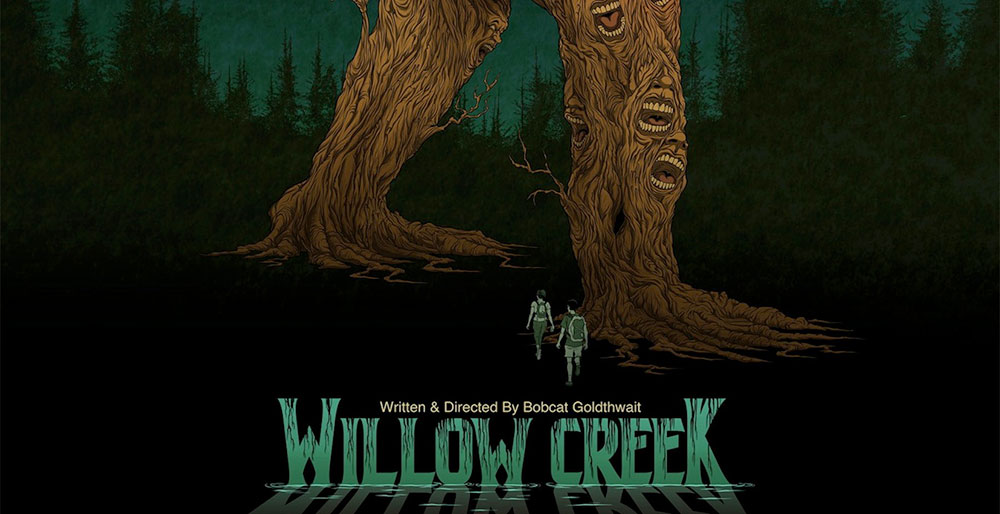 Great movies feel effortless. Terrible movies feel like they took no effort at all. No sub genre strains under this essential paradox of filmmaking like found footage. Not only should the great ones feel effortless, but every choice made by the fictional filmmaker within should feel effortless. Why is the camera rolling? Why is it aimed that way? Who cut this? Shouldn’t this be evidence in a manslaughter trial?

Then there are the terrible ones. The stilted acting is written off as realism, the motion-sick camerawork as an elaborate excuse to not buy a tripod.

There’s a reason so many horror fans wince at the mention of “found footage.” 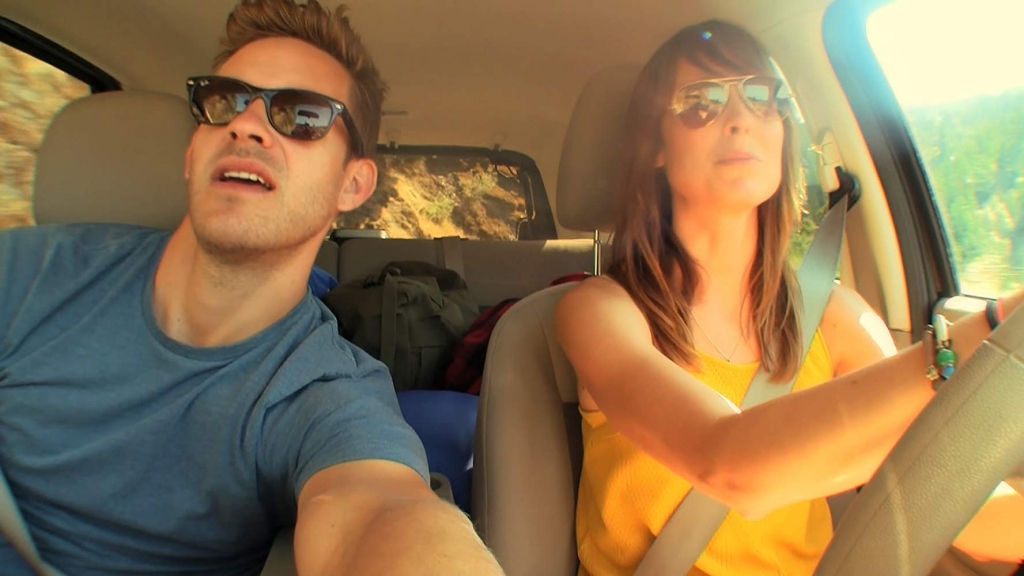 Whenever I’m at a film festival and the overwrought production company logo gives way to a lower-fi, suspiciously unsteady frame, I choke my Dr. Pepper. Not anger — seek out a sympathetic ear or licensed professional if any kind of movie makes you that furious — but bad nerves.

Good, bad, or in the endless in-between, found footage erases the distance between you and the spooky bits. It robs you of any omniscience, of seeing the thing over their shoulder, and leaves you in the same grainy dark as the camera. 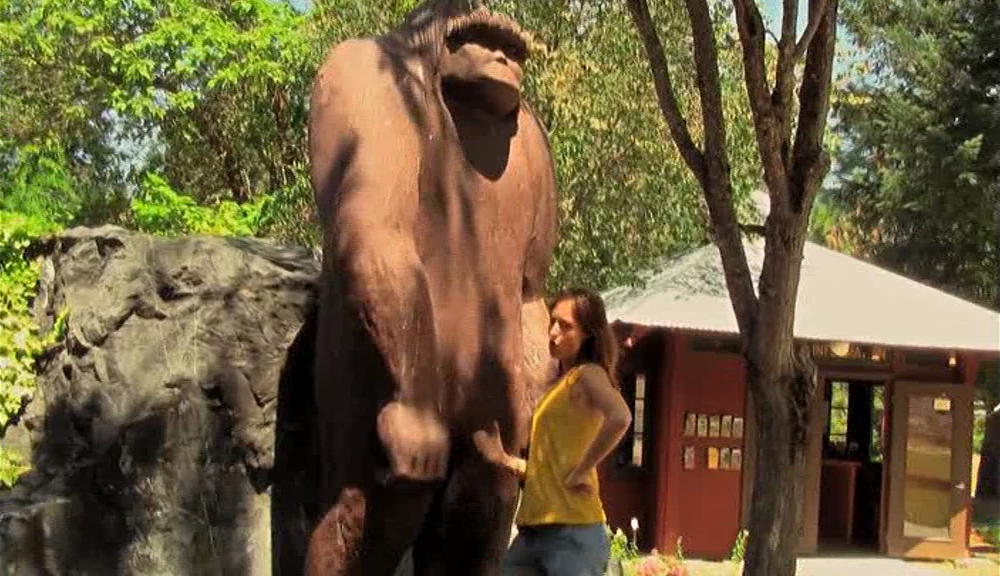 The rules are different. The suspense is simpler, but more potent. We know something is going to happen, but without the magic of non-linear editing, there’s no rhythm we can dance to. Whatever that something is, it’ll always be directly in front of us, sooner or later.

That said, my Dr. Pepper is usually collateral damage. Squeezed to death in the first minute of a found footage movie that wasn’t worth the $12 in spilled soda.

Shudder is only $5.99 a month, and I would’ve paid that for Willow Creek alone. 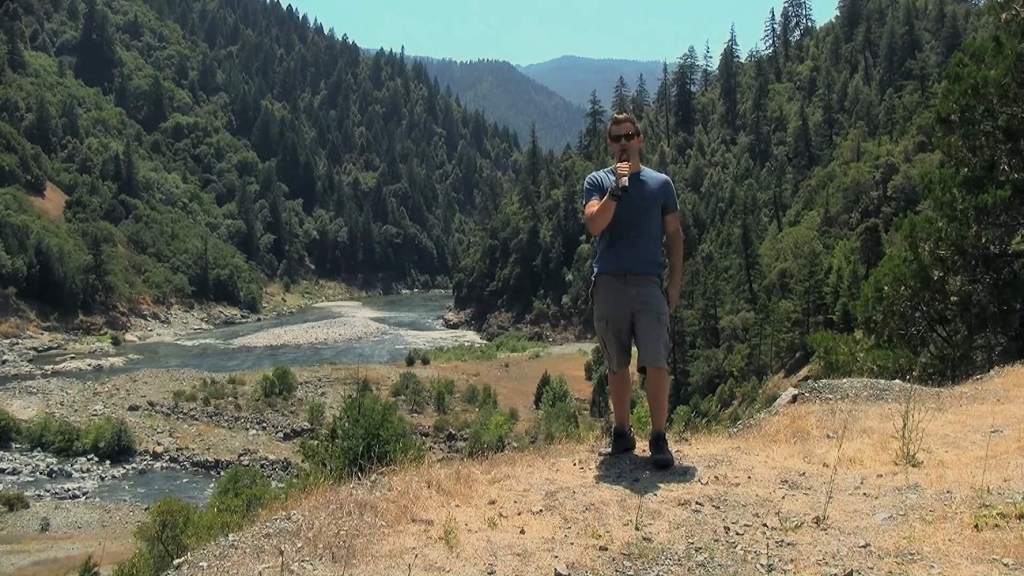 Found footage and Bigfoot should be chocolate and peanut butter. Bigfoot is found footage.

I doubt we’d see even a tenth as many festivals, experts, and roadside souvenir stands if Roger Patterson and Bob Gimlin hadn’t been in the right woods at the right time with a Cine-Kodak K-100 camera. Is it real? Does it matter? Maybe it’s the genuine article, as Patterson maintained until his death and Gimlin still does. Maybe it’s John Landis in a John Chambers ape suit, as guess-which-one-of-them claimed.

Regardless, it’s the first ever footage of a real-life monster, in squirmy 16 millimeter.

But besides Charles B. Pierce’s unnervingly authentic Legend of Boggy Creek, no Bigfoot movie took full advantage of the creature’s baked-in reality until 2013’s Willow Creek. 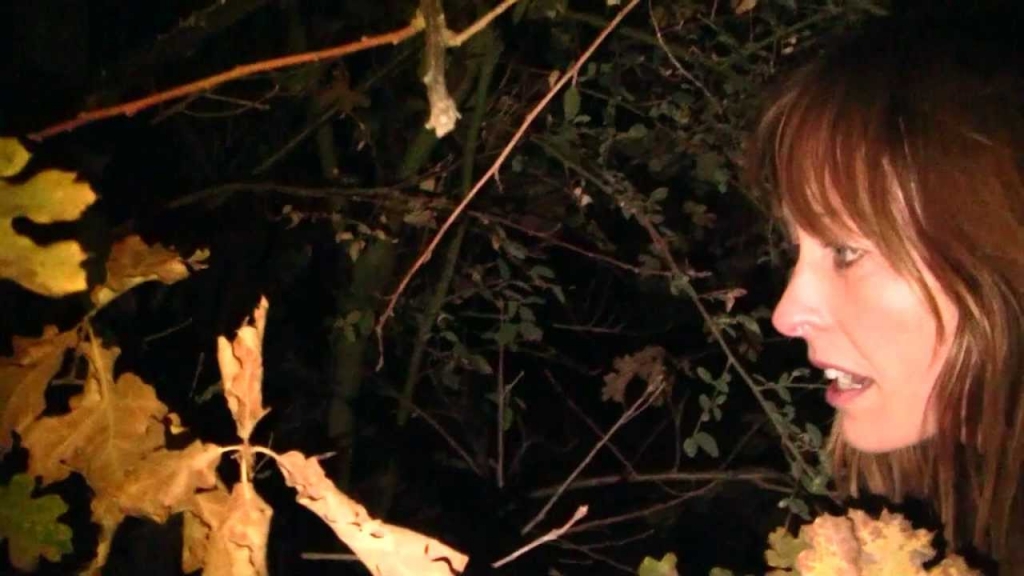 Like every found footage movie since 1999, it owes something to the tell-and-almost-show vocabulary of The Blair Witch Project — co-director Eduardo Sánchez made his own found footage Bigfoot story, Exists, the following year. But while that closer relative to The Witch is a greatest hits of sub genre clichés with characters tailor made to die horribly, Willow Creek is a very different beast.

So is director Bobcat Goldthwait.

He’s still known primarily for as the crazy guy with the tweaked-out voice from Police Academies 2 through 4, a curse he’s made peace with. But that doesn’t give anyone else an excuse. “Underseen” could stick to most of my Shudder Sunday topics, but it also sticks to Goldthwait’s entire directing career.

You already know his TV work: Chappelle’s Show, Jimmy Kimmel Live!, Maron. But it’s his movies, free of the content restrictions and credited invisibility of the small screen, that deserve attention. To date, he’s made five features, not counting documentaries or comedy specials. Each one of them couldn’t have been made by anyone else. 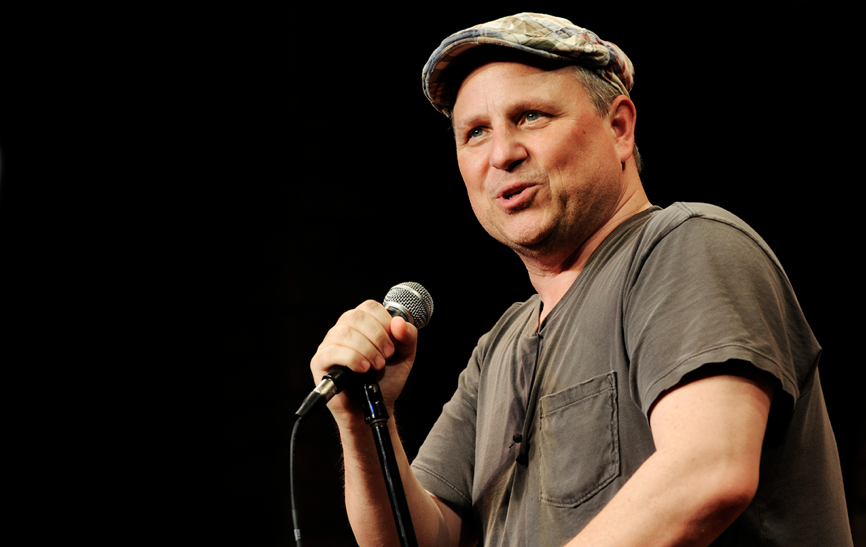 Shakes the Clown, a noirish tale of murder in a world of warring entertainer factions (clowns, mimes, etc.). Sleeping Dogs Lie, a John Waters-approved romcom about a woman whose impending marriage falls apart when she admits to sexually pleasuring her childhood pet. World’s Greatest Dad, an accidentally moving tribute to Robin Williams as an English teacher who finds his scumbag son’s accidental suicide and decides to pass off his own poetry as a discovered diary. God Bless America, a cinematic pipe bomb due for reappraisal about a terminally ill Joel Murray who decides to spend his last days killing reality TV fakes. Willow Creek, a found footage Bigfoot movie.

So I lied. Four of the five couldn’t have been made by anyone else. I’ve already mentioned another found footage Bigfoot movie that came out within a year of this one.

But even without the common denominator of black comedy, Willow Creek isn’t your ordinary sasquatch story. 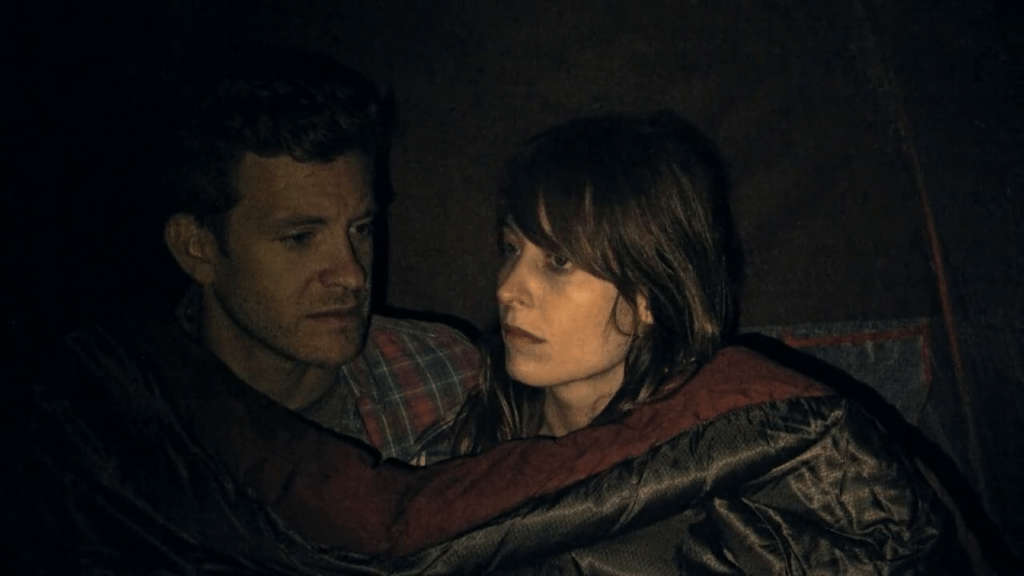 The first shot passes the Dr. Pepper test. It’s a struggling auto-focus on dead grass in the black of night as someone pokes at the camera from behind — and gives way to Kelly and Jim, a weekend-warrior couple on the tourist trail of Bigfoot. Kelly is played by Alexie Gilmore. Jim, by Bryce Johnson. They’ve had great careers by just about any metric. But unless you’ve got good eyes and better recall, the effect will be the same — you don’t know them.

They are immediately believable, bickering about mic tests and how much Kelly has to appear on camera. Unlike so much found footage, the doomed characters captured within are worth caring about. For once, you hope they aren’t doomed.

That has more than a little to do with Goldthwait’s own appreciation of sasquatch lore.

The first half-hour of Willow Creek is a loving ode to the titular town where Patterson and Gimlin started the craze in 1967. Jim and Kelly stay in the Bigfoot Motel. They eat Bigfoot sandwiches. They even interview some honest-to-God locals; the “Bob Dylan of the Bigfoot community” gets to play most of his latest song, “Roger and Bob.” 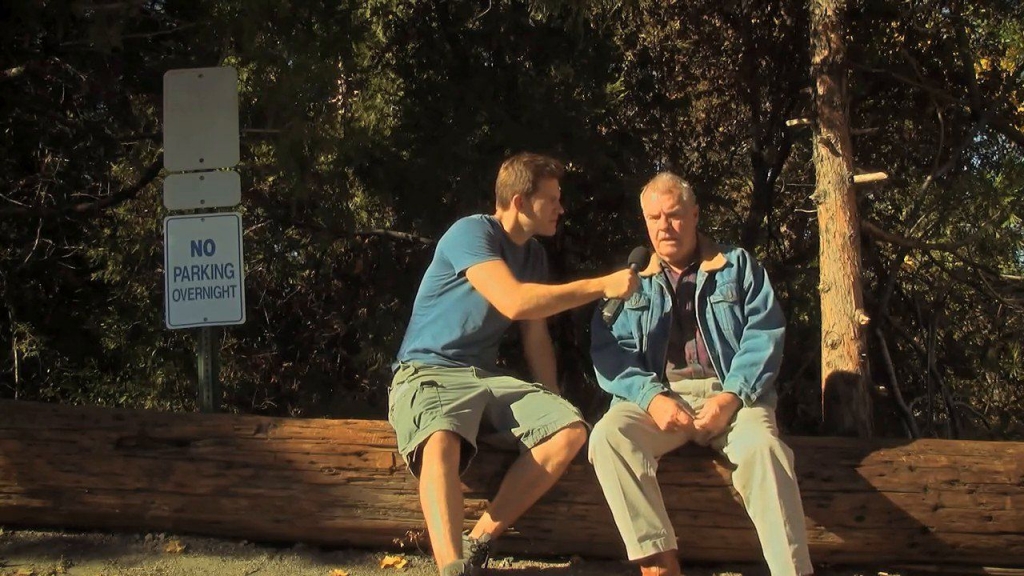 Some of the interviews are real, some staged — keep an eye out for latter-day Carpenter regular Peter Jason — but good luck squinting out the difference. It all feels like raw materials for a Bigfoot documentary. A bunch of disarmingly quaint conversations about increasingly alarming encounters with the hairy thing in the woods.

It takes a while for anything threatening to happen in Willow Creek. Instead, you fall for the town, the kitsch, and the cleverly seeded lore of Bigfoot, some of which you might not even recognize until it’s too late. Joe Bob Briggs likes to call out the “point of no return” in horror, when suspense boils over into momentum, and our hapless heroes have no choice but to brave whatever hell they’ve earned.

The point of no return in Willow Creek is a single long take. 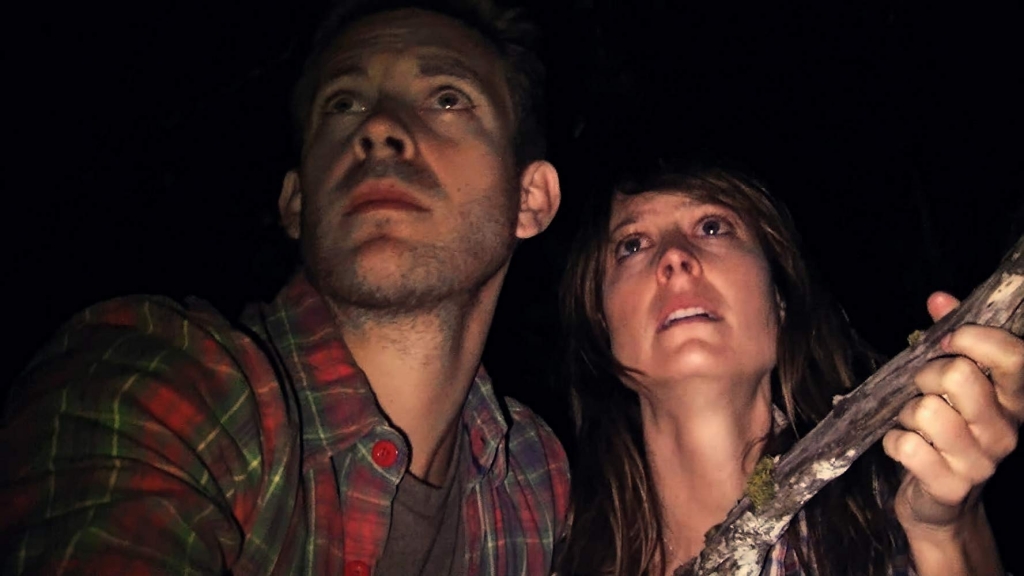 Not the showy, Steadicammed fodder for film school reels. For 19 minutes, the camera rolls in Jim and Kelly’s tent. They’re framed against a nylon wall, as identical and impenetrable as the rest. It could’ve been shot in Goldthwait’s garage, but he insisted they shoot it on site. In the same valley where “Roger and Bob” had their encounter 46 years before.

Jim starts the recording to catch his surprise proposal to Kelly. She says no. Nobody remembers to stop the recording. As they talk it out and tensions flicker — a symptom of the “Bigfoot Curse,” a phenomenon explained earlier, that costs the Truest Believers their closest relationships — something makes a noise outside.

Then the remaining 15 minutes happen. The tension doesn’t curdle. There’s no hint of levity. We listen as they do, in a blind tent outside Willow Creek, to whatever’s snapping twigs outside.

For 19 uninterrupted minutes, it’s the sum total of what found footage is and can do without even moving the camera. 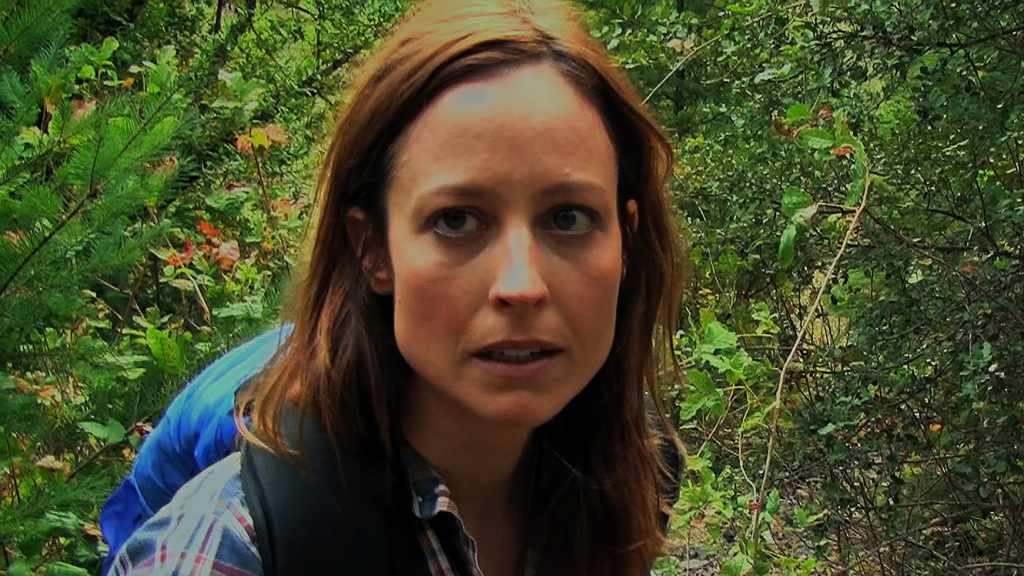 Anyone looking for jolts they can set their watch by might want to keep looking. But after 45 minutes of suspense left simmering in the background, it’s unbearable.

The pulse picks up from there, especially as Goldthwait pays off the mythological quirks you won’t notice the first time through. The finale disturbs in unexpected ways. Sounds like a faint-praise pull-quote, but consider this a 1500-word shout. Willow Creek upends as many found footage tropes as it embraces, and you’ll spill plenty of Dr. Pepper trying to figure out which it’s doing next.

If you want to know, you’ll have to last a trip to Willow Creek. But long before he lets you in on it, you’ll figure out why nobody else could’ve made a found footage Bigfoot movie like this, Dr. Pepper be damned.