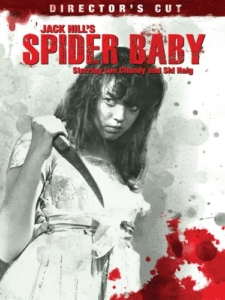 Writer/director Jack Hill is renowned for his exploitation movies of the 1970s (e.g., Foxy Brown (1974), Switchblade Sisters (1975)), but most people forget about his low-budget horror-comedy Spider Baby (1964).

I was fortunate to purchase the Spider Baby (Director’s Cut) DVD, released under Dark Sky Films, sometime in the 2000s.

Special features include commentary on the making of the movie by Hill, crew and cast members, and others (including director Joe Dante). Additional features include movie stills and one extended scene, along with information on the music and movie location.

There is a complex history behind Hill’s efforts in releasing Spider Baby. 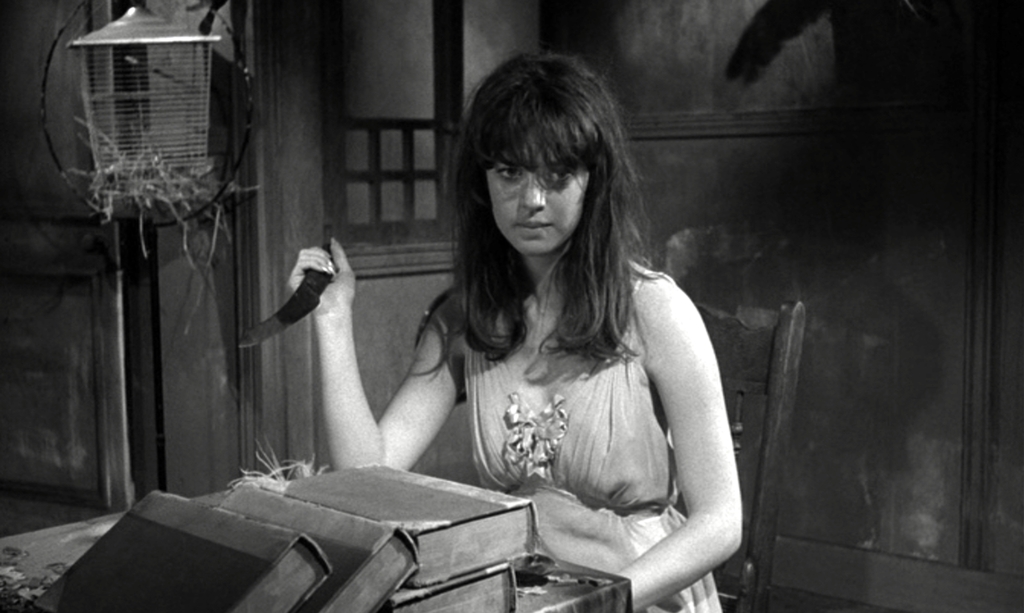 In fact, the movie was locked in a vault shortly after its initial screenings because the company, that obtained movie rights, realized they were entering into bankruptcy. Unfortunately, most people did not see this movie in underground theaters, even upon its official release in 1967/1968. 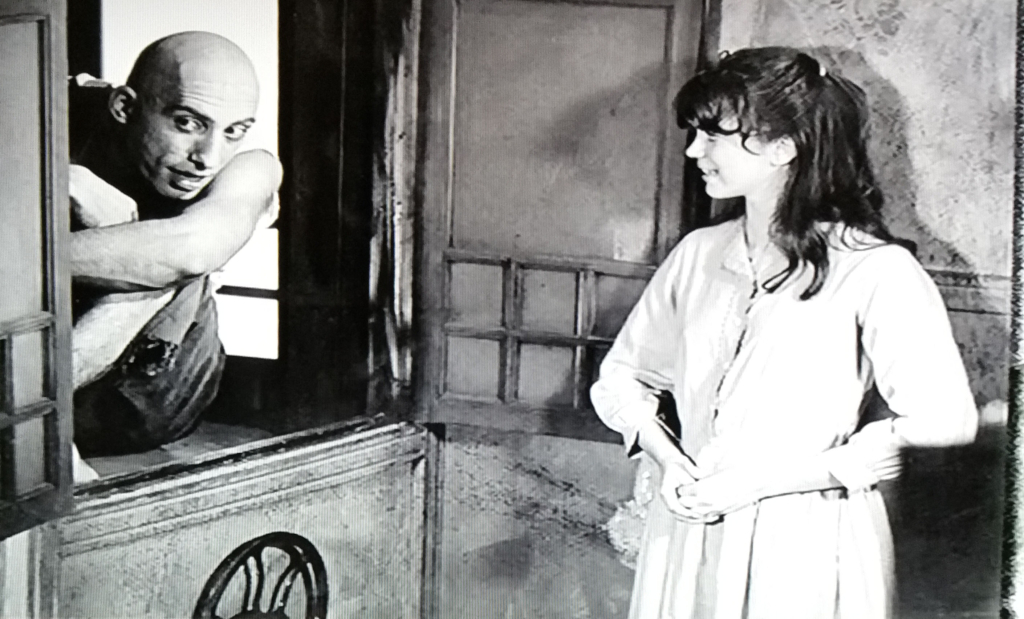 It comes as no surprise that Spider Baby had eventually gained a cult following alongside Hill’s other movies.

Unbeknownst of the children’s ailment, Peter and his sister, Emily (Carol Ohmart), along with lawyer, Mr. Schlocker (Karl Schanzer), and his secretary, Miss Morris (Mary Mitchel), pay a visit to the family. This visit is to ensure the Howe siblings obtain guardianship over the children. 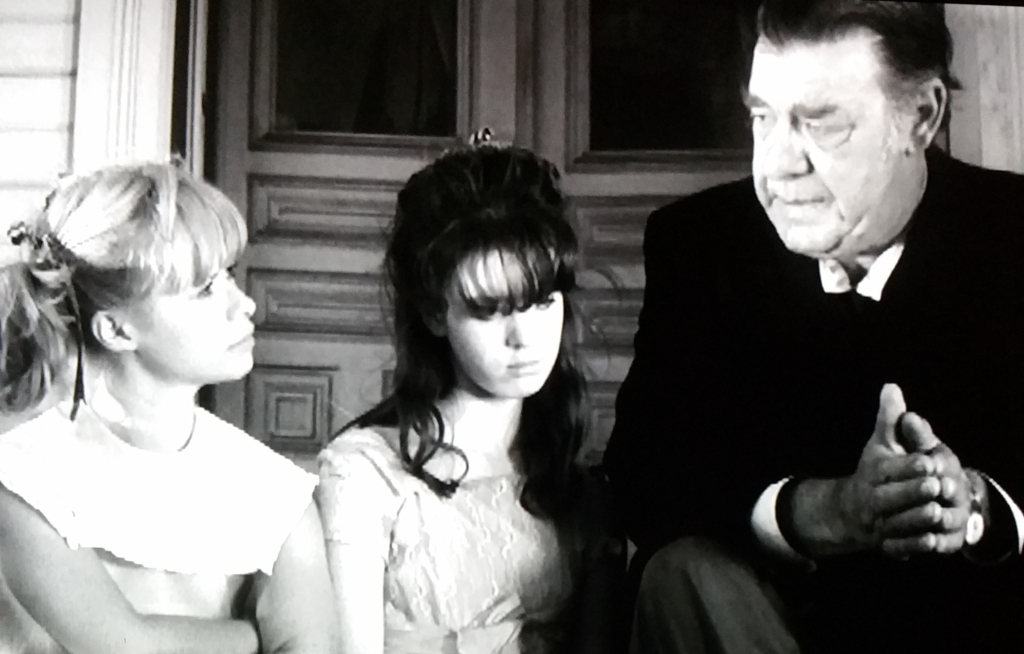 However, entrusted family chauffeur, Bruno (Lon Chaney, Jr.), had been granted rightful guardian, at the request of the late Mr. Merrye. To Bruno’s dismay, he does not want their guests staying overnight because the Merrye children pose dangers to outsiders. Bruno must always keep the children hidden from the outside world as a result. 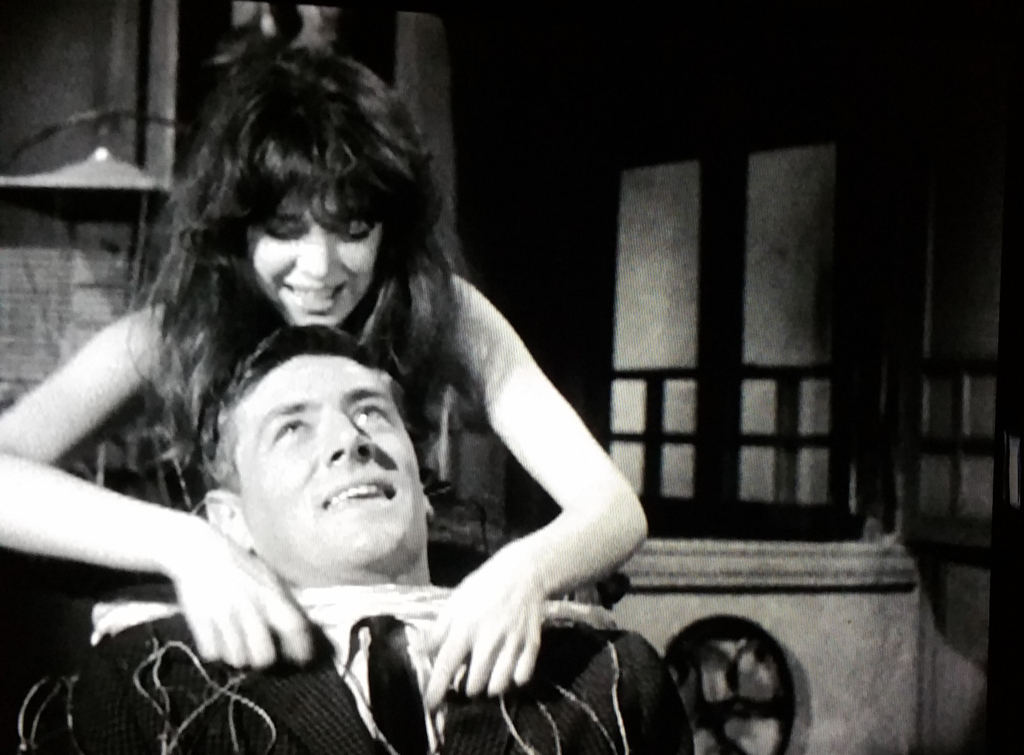 Hill alludes to this idea, not only by using Merrye syndrome, but also through movie references from The Wolf Man (1941) (starring Chaney, in which his character transforms into a werewolf). For example, a drunken Miss Morris feels that men should take a cue from the Wolf Man character by acting “like a wild beast.”  Virginia thinks of herself as a spider, preying upon others, using a fake spider web.

Perhaps, deep down inside, humans truly wish to live without inhibitions by giving into their animalistic leanings. Engaging in the most inappropriate measures to protect themselves would not be of great concern. In addition, there would be no need to suppress sexual desires and follow sexual norms. 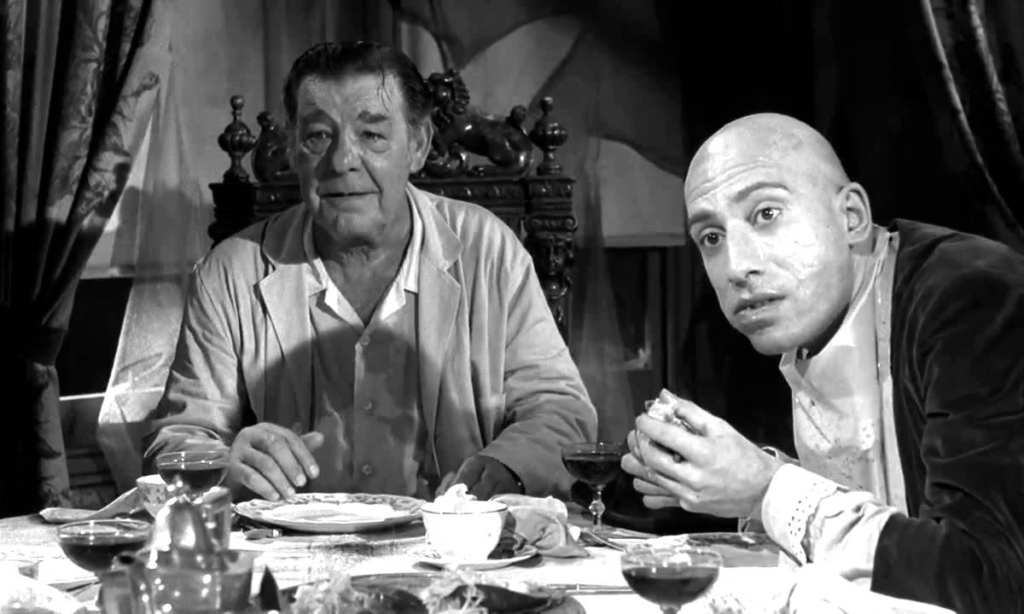 Surprisingly, for a B-movie, ‘Spider Baby’ cast members exhibit excellent chemistry with one another, delivering memorable performances. Redeker exudes a likeable, all-around-nice-guy charm. Chaney’s gentle father figure plays off effectively against his young counterparts. Washburn, Banner, and Haig, bring an innocence that emphasizes their vulnerabilities, garnering a need for both nurturing and affection. Particularly, Haig is intriguing because I am accustomed to seeing him in speaking roles, often portraying tough guys. 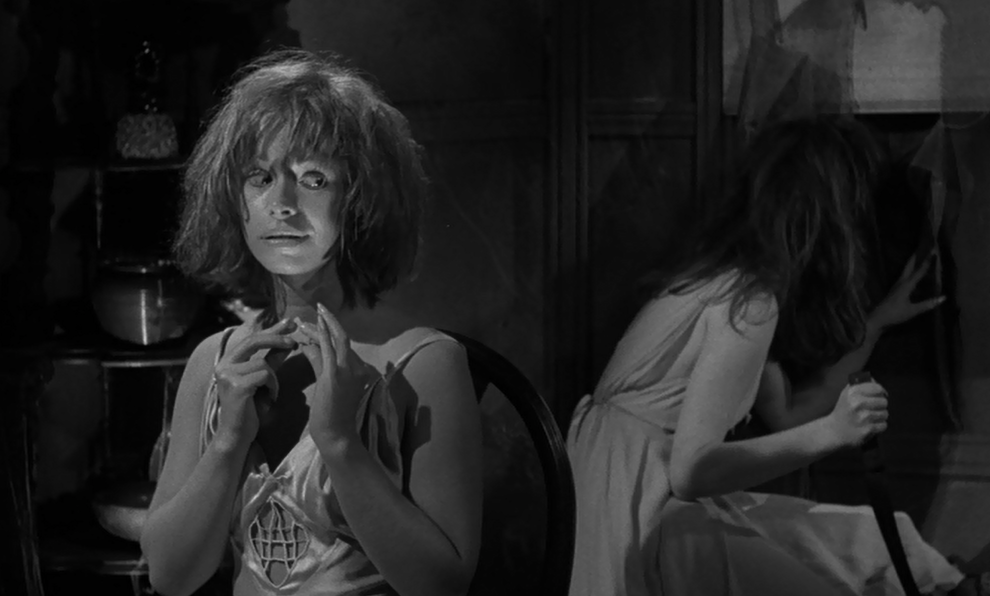 Essentially, the old house in all its cobwebbed glory, combined with spooky mood music against a black and white camera filter, help create an intensely eerie atmosphere. Ironically, there is no supernatural element involved (as one may infer from the atmosphere). The gore element is also nonexistent (commonplace in the 1960s); nor is it highly action-packed and laden with much suspense.

However, Spider Baby deserves so much praise for both its disturbing concept and storyline, regardless of the decade.