Reviewing the Classics: The Cat and the Canary 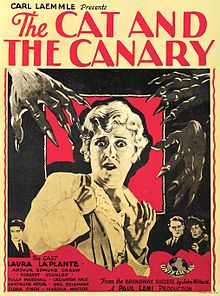 Recently, I had the pleasure of reviewing for this website’s 31 Days of Horror the 1978 adaption of John Willard’s famous, old dark house play, The Cat and the Canary. I loved it (not surprisingly given my predisposition to the genre) and found just the other day that I loved just as much, if not more, the first film adaptation of The Cat and the Canary (1927) directed by Paul Leni and staring Laura La Plante and Creighton Hale, via a superb screening at the Dryden Theatre.

The Dryden Theatre, as I’m sure many of you readers know, is a world renowned theater and film archive that’s part of the George Eastman Museum in Rochester, NY which is my home. 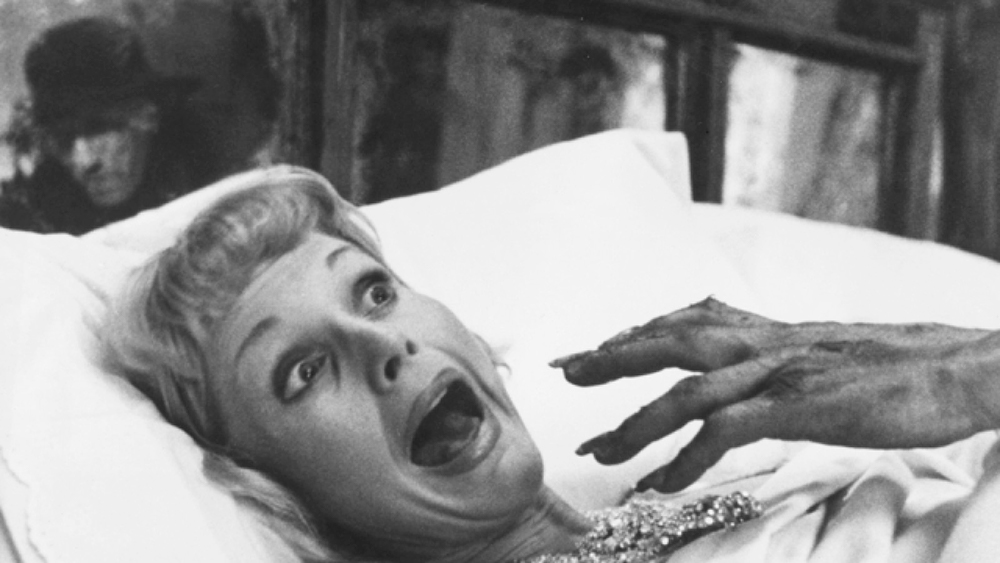 Some of the biggest differences (besides the obvious ones i.e.. sound, color, director, cast, etc.) being present in the character of Paul Jones, who in the 1927 adaptation is played masterfully by a bespectacled Creighton Hale and is again played masterfully, but to a mostly different effect, by Michael Callan in the 1978 adaption.

In the 1927 adaptation, the character of Paul Jones is the center of the film’s comical core. With his large round glasses, bumbling and stumbling, not to mention nervousness and ineptitude, the character of Paul Jones in the 1927 adaption is basically a clean cut and more moderately built version of Shaggy from Scooby-Doo, (which is of course very fitting considering how much Scooby Doo borrowed in the early episodes from old dark house films, especially The Cat and the Canary). 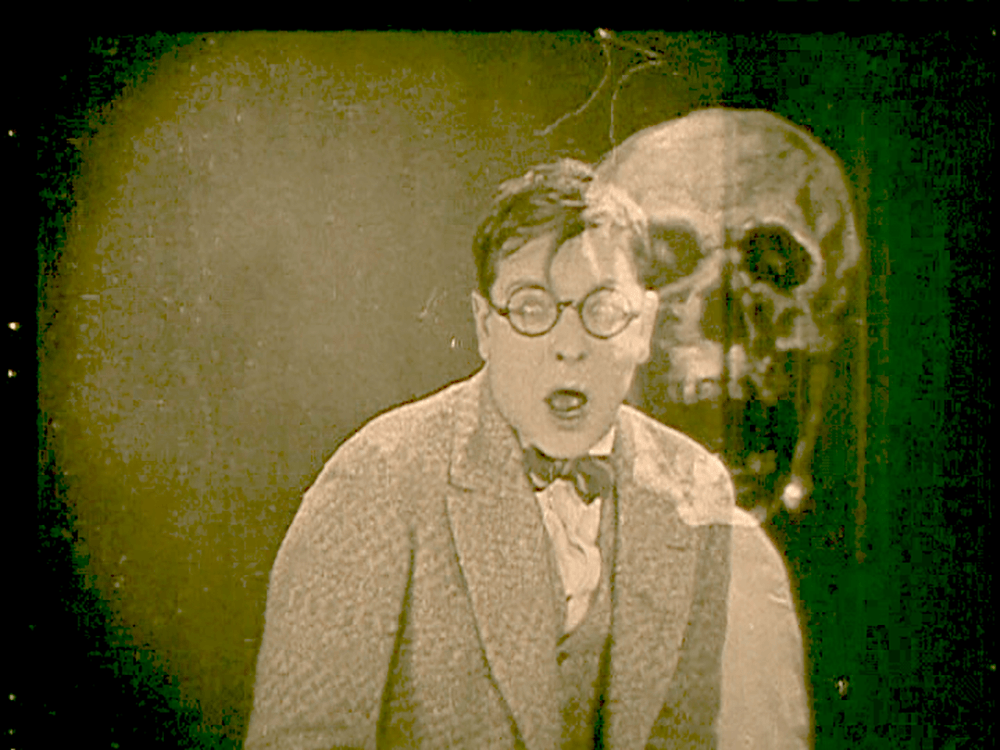 He’s nerdy, nervous, not all that bright, and for the majority of the film not all that brave, until the third act when the one he loves most is in danger!

This characterization clashes quite a bit with the Paul Jones of the 1978 adaptation who, it could be argued, is much more of a cross between the Scooby-Doo characters Velma, in terms of smarts and logical demeanor, and Fred, handsome, witty, charming and chiseled. Like both Scooby-Doo characters he’s also consistently brave and more than happy to investigate the goings on in the old dark West mansion. 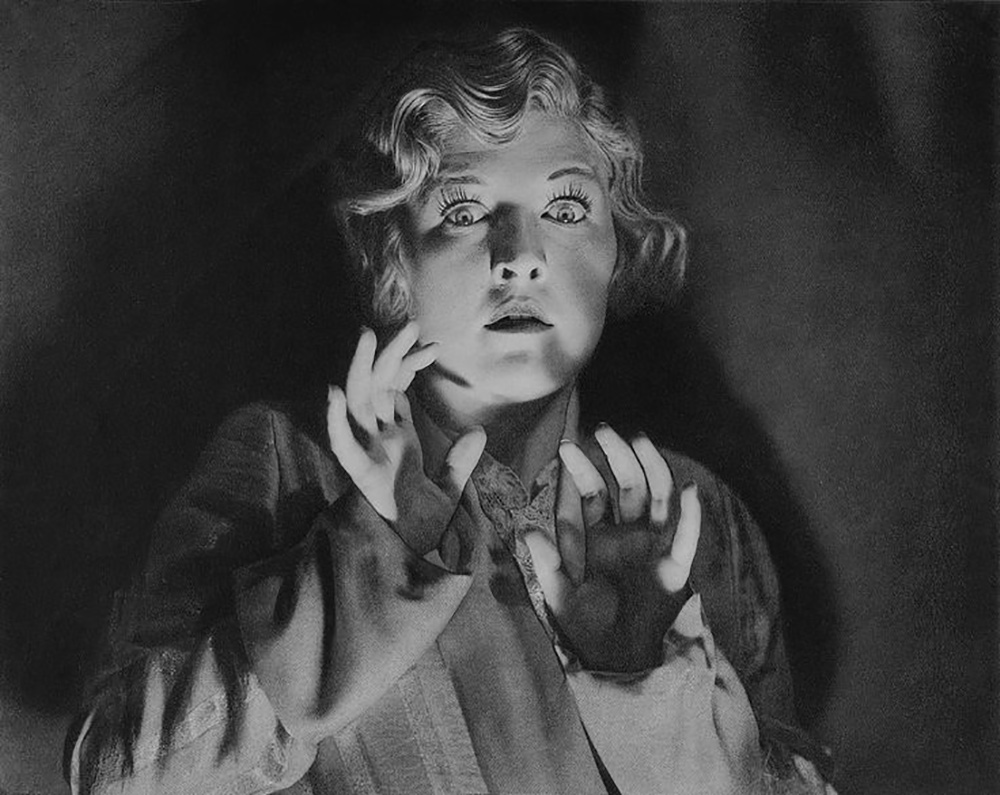 Lastly, like Fred Jones (yes both characters share a last name, coincidence? I don’t think so) creates a trap for the cat in the third act. He does not bumble or stumble, and while he’s comical at times, he’s not the eye of the humor in the 1978 adaptation. 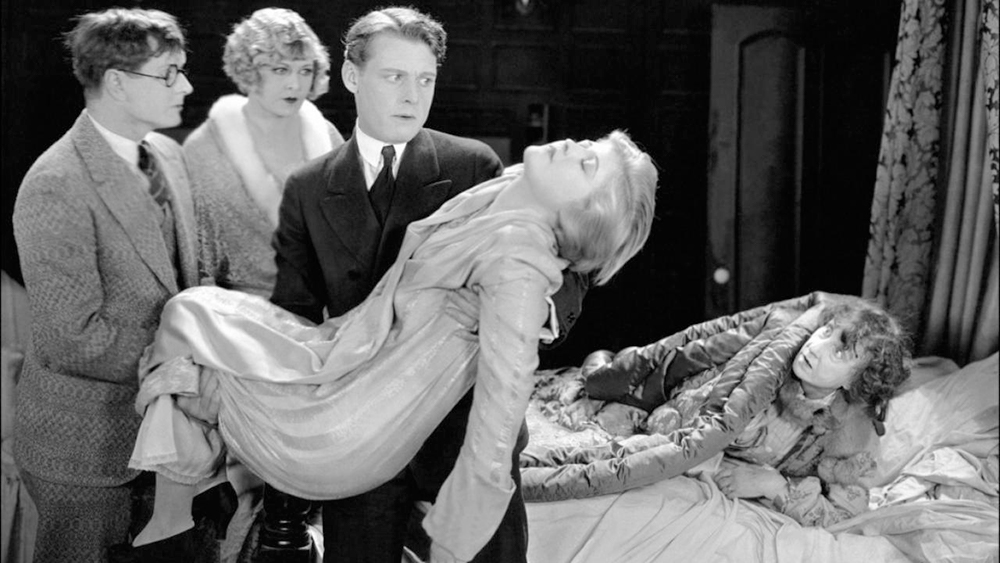 In the 1927 version, much of the humor is directed solely towards the antics of Paul Jones, one of Annabelle West’s cousins (as well as the antics of Susan played by Flora Finch), whose romantic feelings for his relative are toned down considerably (when compared to the 1978 adaptation) but nevertheless play a key role in the film, especially in the film’s climax and ending.

Other notable differences abound, as well as similarities between the two adaptations but I’ll leave those for you dear readers to find for yourselves. That is…if you’re brave enough.

I couldn’t have been happier with my experience seeing the first film adaptation of The Cat and the Canary at the Dryden Theatre. Philip C. Carli, who is world famous for accompanying silent films on piano, gave a perfect introduction and piano accompaniment and the print used was pristine. The audience was respectful, and everyone seemed to have a great time! 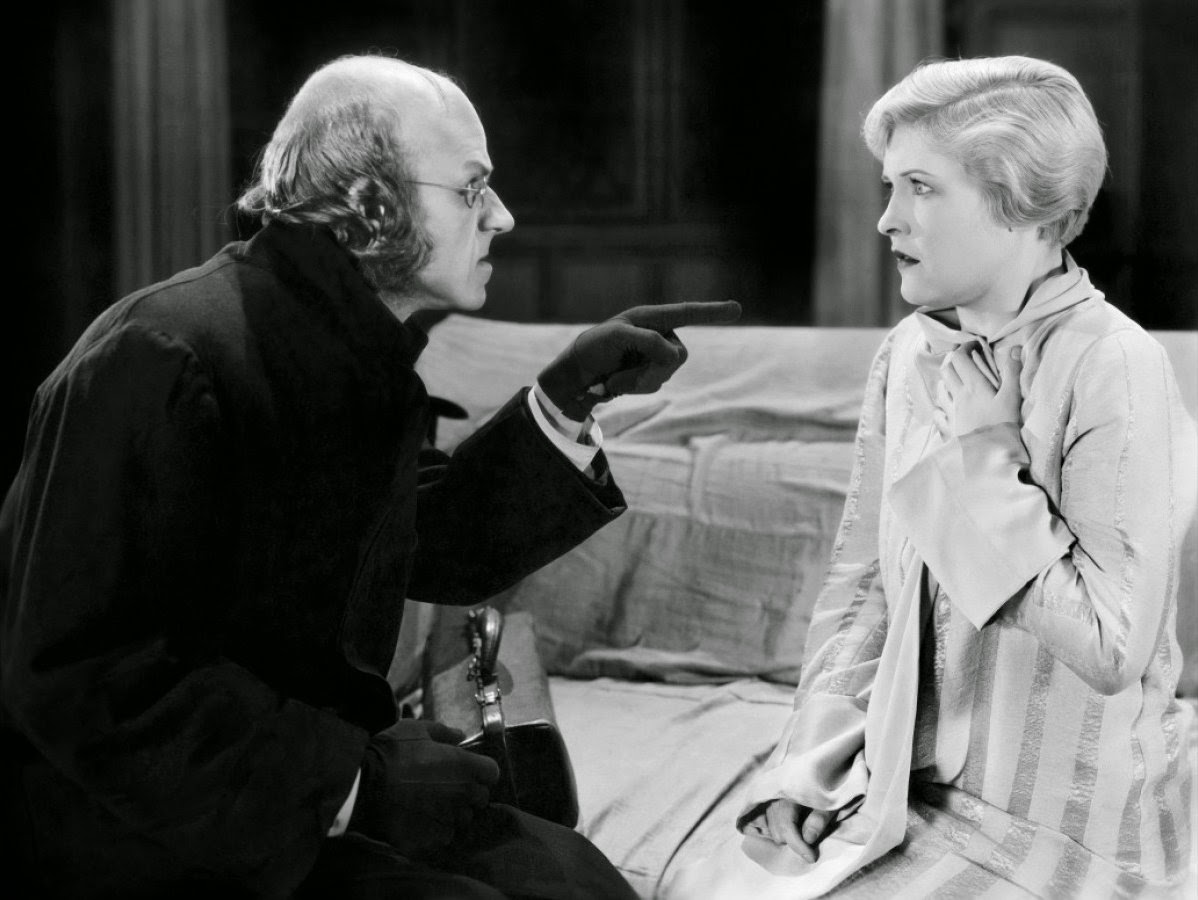 If you’re ever in Rochester, NY please check out the Dryden Theatre. They’ve always got great screenings in the works and they always make sure there audiences leave informed and entertained.

Also, if you get the chance, please check out the 1927 adaptation of The Cat and the Canary, preferably on a big screen, on film, with live piano accompaniment. I promise, you won’t go to bed with jewelry on after seeing it.

I went to the screening with my friend and co-reviewer. Josh Blodgett. You can view our reaction/review of the film of the screening below:

A special thanks to the Dryden Theatre and the George Eastman Museum for allowing me and my co-reviewer Josh to see this exceptional piece of scary silent cinema.