Ti West’s scorching grindhouse slasher “X” is sexy, scary, and surprising — the perfect film to heat up your screen this summer. 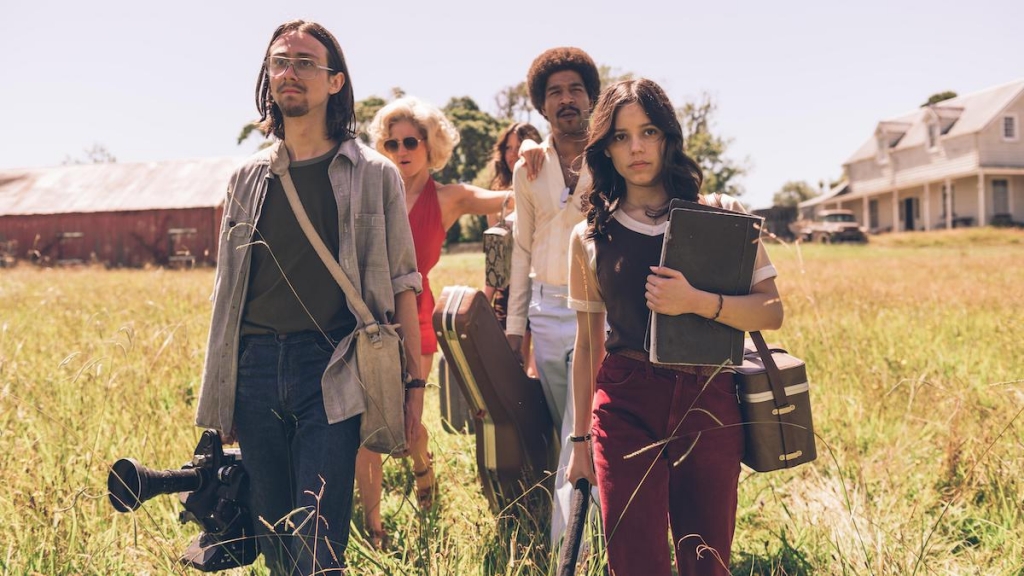 During the early 2010s, Ti West emerged as a talent to watch with his breakout film The House of the Devil, an ’80s throwback that revealed he understood how to do a true horror homage that felt genuinely authentic. From there, West segued into haunted house territory with 2011’s wonderfully freaky The Innkeepers, which packs a scare scene so expertly timed and delivered, I consider it amongst the top moments of modern horror.

The Innkeepers also assured us that West wasn’t a fluke, and he could consistently deliver competently crafted — and most importantly, SCARY — horror to the true blue fans.

With The Innkeepers behind him, West traveled to Jonestown for the found footage The Sacrament and he rode into spaghetti western territory with In a Valley of Violence, while also directing segments for V/H/S and The ABCs of Death. He seemed to be everywhere, and then he wasn’t, retreating to directing various television episodes that left many wondering when we’d see his triumphant return.

The wait ended with his indie horror hit, X, another throwback that finds West fixating on regional filmmaking and drawing an immense amount of inspiration from The Texas Chain Saw Massacre. In fact, X is so delectably disturbing that you’ll wish Netflix had booted Fede Alvarez off Texas Chainsaw Massacre (2022) and brought in West to right that sinking ship.

X picks up in 1979 with a group of amateur filmmakers out of Houston, Texas, traveling to a rural farm to film a pornographic movie called The Farmer’s Daughter.

They arrive at the farm owned by a mysterious elderly couple, Howard (played by Stephen Ure) and Pearl (also played by Goth), who are suspicious of the group’s intentions as they settle in to secretly make the film under the nose of their seemingly religious hosts.

Once the hostile Howard and Pearl discover what type of film the group is making, the couple launches a terrifying campaign against the group, horrifically picking them off one by one, igniting a sadistic streak in the duo that grows more and more depraved as their victim count rises.

Instantly establishing a grainy, lived-in quality that many of these horror throwbacks seem to struggle with, West sets the stage for the brutality with ease. He makes you feel the sweltering Texas heat and parched farmland that calls to mind Tobe Hooper’s doomed atmospherics that gripped the heart of 1974’s The Texas Chain Saw Massacre.

Nearly every inch seems plausible and devoid of Hollywood sheen, which often cripples an homage picture such as this. While it’s never stated outright that the film is based on true events like Hooper’s film was (it was loosely based on the antics of famed murdered Ed Gein), X finds a bit of real-life inspiration from elderly Missouri couple Ray and Faye Copeland, who true crime enthusiasts will know bumped off a handful of farmworkers in the mid-1980s.

But West’s true intentions here are to tip the bloody axe to the regional filmmaking that was bustling outside the playground of Hollywood, where young hopefuls were picking up a camera, getting their friends together, and making exploitation pictures in the hopes of making a name for themselves.

X is truly alive with this spirit, and under the tent of studio A24, West is allowed the freedom to really dive into the seedier side of that particular movement in cinema.

It’s ultimately grindhouse gold for those who like to get rough and tough, pulling very few punches and leaving you in awe that West was able to get this type of film in the mainstream rotation.

The infectious enthusiasm for his subject matter here is further translated to his remarkably game cast, who seem to lick their sweaty lips at the opportunity to take a bite out of a project like this. Nearly every single character is memorable, something that many horror films struggle with, particularly that rancid new Texas Chainsaw Massacre.

Goth is tremendous in the dual role of Maxine and Pearl, the latter of which will leave your jaw on the floor when you learn that it’s her under layers of make-up and latex. As the cocaine-snorting, adult actress hopeful, she’s hypnotically driven to make a name for herself, and her confidence in her aspirations makes her one tough cookie when she’s fighting for her life.

Snow is a surprise as the sex-starved Bobby-Lynne, a blonde bombshell with an artful eye.

Ortega, fresh off an impressive turn in Scream (2022), continues to build a solid horror resume in the role of sweet Lorraine, who sheds her Godly reserve to get in touch with her budding sexuality.

Henderson oozes charisma as drawling producer Wayne, Mescudi wows as the well-endowed Jackson, perhaps the second-best performance in the film behind Goth, and Campbell is hilariously eye-rolling as the pretentious director who is eager to turn their adult film into high art.

With all the ingredients measured to perfection, X‘s second half brings the brain-splattering sleaze that permeated just about every single one of the regional drive-in efforts that it’s bowing before. The film is darkly comedic in places, particularly near the end as our elderly couple’s dark desires erupt into a hysterical moment that will have your stomach churning.

That isn’t to say that the film is light on bloodshed. 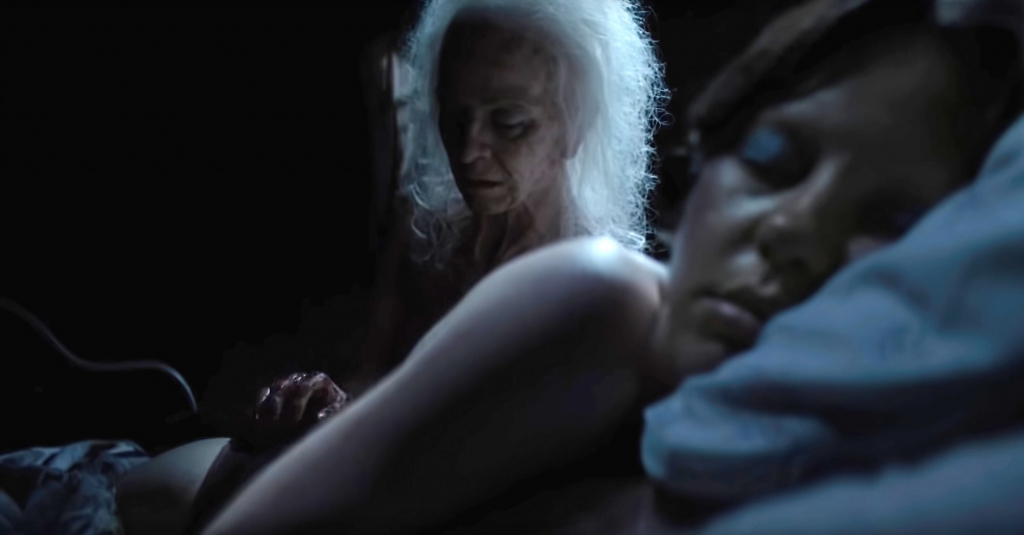 Heads are smashed, characters are blown away with a double-barrel shotgun, nails are impaled through feet, and other bodily fluids are spilled in a gloriously gross fashion.

Personality is further infused through retro scene transitions, a chilling split-screen sequence set to a strumming guitar, and an overall putrid environment crawling with gators and murky swamp water that suggests the couple’s murderous rampage has endured for quite some time.

Most of all, X feels truly edgy, certainly not shying away from bringing the prodding sex and gore that projected against the stained and ripped screens of 42nd Street and the aging drive-ins packing triple bills with more T&A than you could shake a six-pack of beer at. It cruises with the wind in its greasy hair to an awesome late ’70s soundtrack and builds revolted dread through a score from Tyler Bates and Chelsea Wolfe, who pack the skittish synths upon the gyrating swirls of heatwaves swirling up off the crusty Texas earth.

It all adds up to a proper return to form for a new master of horror, and it leaves you hoping we won’t be subjected to another long wa