Oscar-winning effects and one of the greatest comedy-horror films of all time, “An American Werewolf in London” hasn’t lost any of its charm or influence. 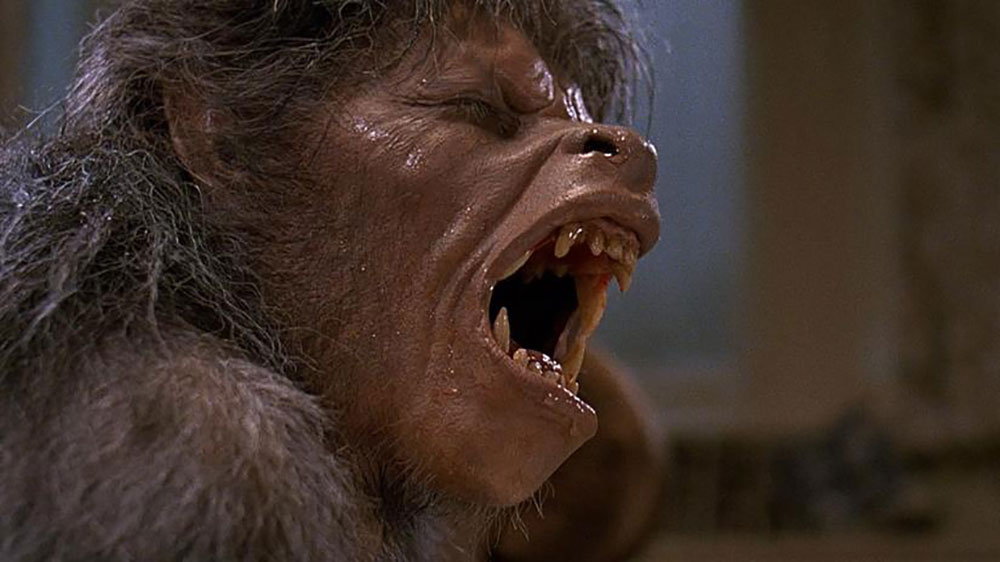 “Even a man who is pure in heart
And says his prayers by night,
May become a wolf when the the wolfsbane blooms
And the Autumn moon is bright.”

Those words have been a part of the cinematic werewolf culture from the beginning.  The original Universal werewolf movie debuted in 1941, and werewolves have been a part of movies ever since. Some of have been done well (The Wolf Man, The Company of Wolves, Dog Soldiers); some not so much (Teen Wolf 2, anything Twilight related).

But the absolute best in my opinion is 1981’s An American Werewolf in London. 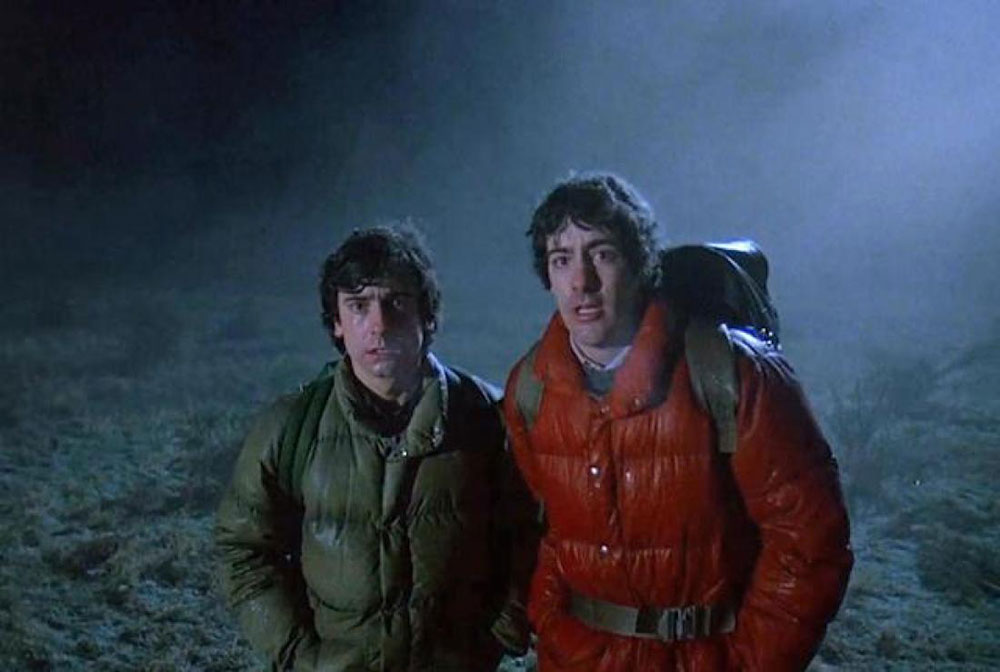 David (David Naughton) and Jack (Griffin Dunne) are two American backpacking their way across England. Stumbling into a pub called the Slaughtered Lamb, the two get warned by the hostile locals to stay off the moors and beware the full moon. Do they listen? Well, they are American. They are attacked by a wolf-like beast. Jack is killed, and David wakes up in the hospital three weeks later.

Released from the hospital, David moves in with Alex (Jenny Agutter), a young nurse who is twitterpated with the charming young American (does this really ever happen?). Jack continues to appear to David (in advancing stages of decay) trying to warn him, but Jack doesn’t believe him until it is too late. 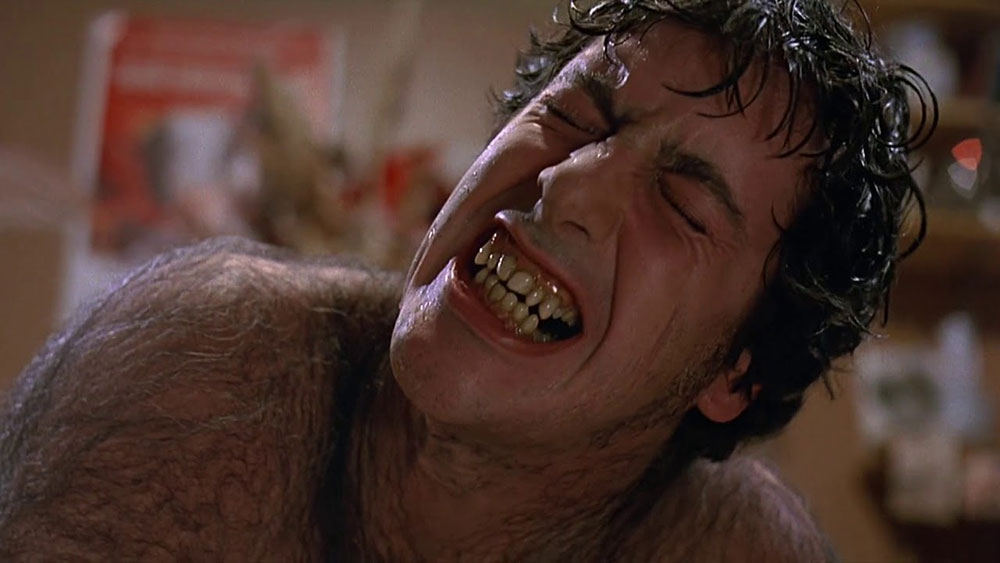 I was floored when I saw the movie during its initial release in theaters, and it has held up spectacularly in the years since. While the movie is laugh-out-loud funny at times, it is also scary and the first werewolf transformation scene is still cringe-worthy.

Rick Baker did the effects for the movie and earned (well deserved) the first Oscar win for Best Makeup. Up to this point, most werewolf transformations occurred off-screen or in cut scenes, but we watch David become the werewolf. It is one of the more memorable sequences in horror movies, and it has not been matched, even in this era of computer generated effects.

The casting for the movie is perfect. Naughton plays the perfect straight man do Dunne’s sarcastic wit, and both actors are able to move from the comedic moments to the more dramatic moments with genuine ease. Their kinship on camera only makes the movie more enjoyable. 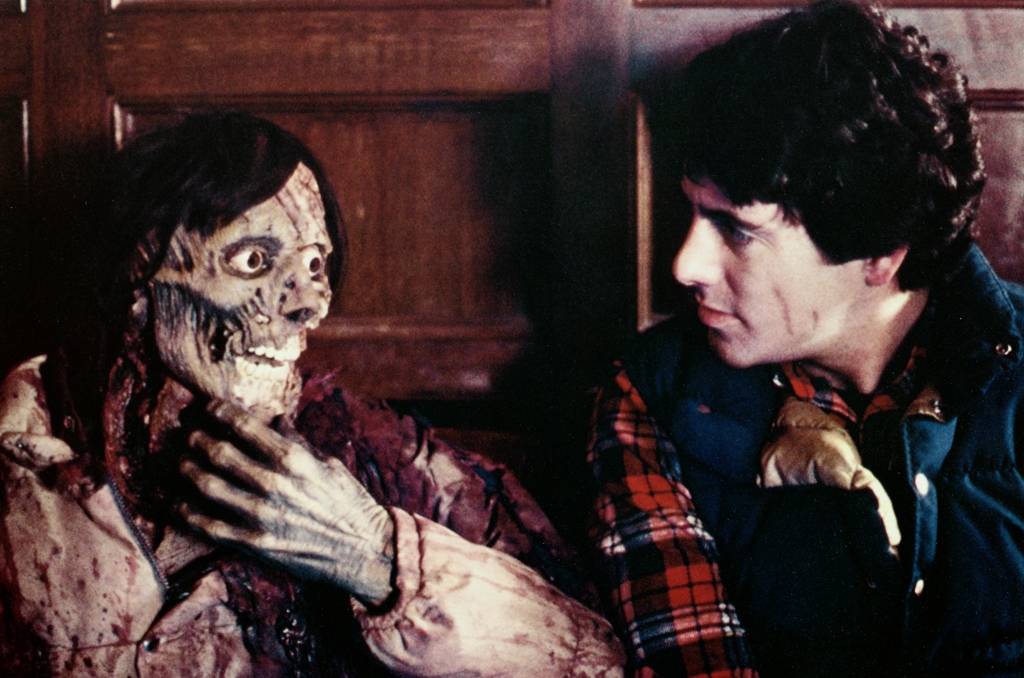 Director John Landis, known for his comedies like The Kentucky Fried Movie and Animal House, fills the movie with some delightful comedic moments, but he also knew how to build tension and created some genuinely scary moments.

An American Werewolf in London doesn’t really need a remake, but oh well. The original film is the very definition of the word “classic”, and it continues to be the benchmark by which all other werewolf films are measured.