Based on a popular novel, “Piercing” is a black comedy about abuse and the dangerous dance between victim and abuser — often one in the same. 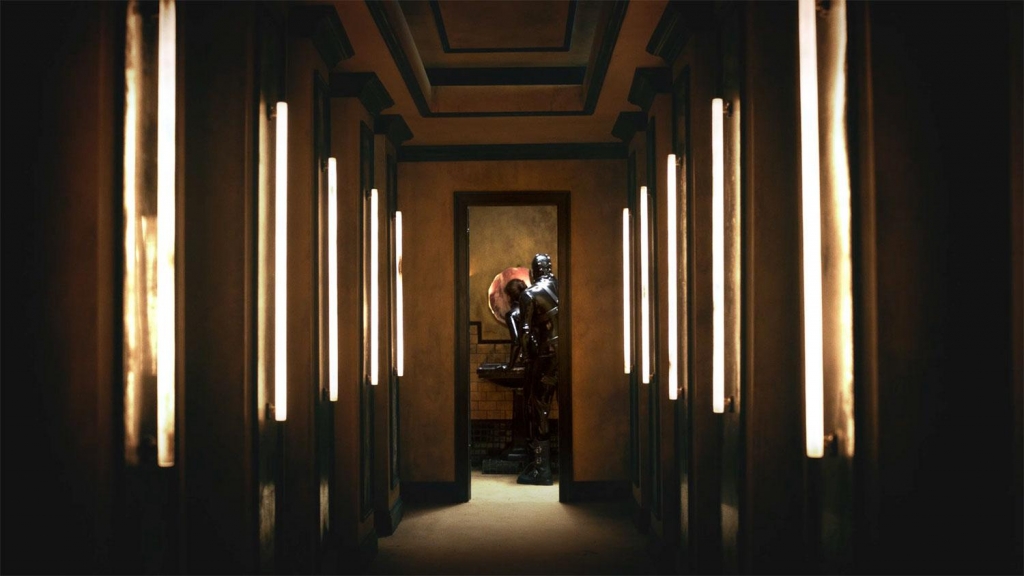 The sophomore film from Nicolas Pesce (The Eyes of My Mother), Piercing was inspired by the 1994 novel by Ryû Murakami, who wrote the source material for Takasha Miike’s Audition among several other movies. The minimalistic narrative centers around two central characters, Reed and Jackie, played to extraordinary effect by Christopher Abbott and Mia Masikowska respectively.

It’s essentially a cat-and-mouse thriller, where you’re never quite sure at any given moment who is the cat and who is the mouse.

Reed is a man on the verge. He fantasizes about killing his newborn baby. He thinks about ending his own life. He tells his loving and supportive wife a lie about attending a work conference, a ruse to get some time away — time for himself, time away from the pressures of real life and, most importantly, time to kill. 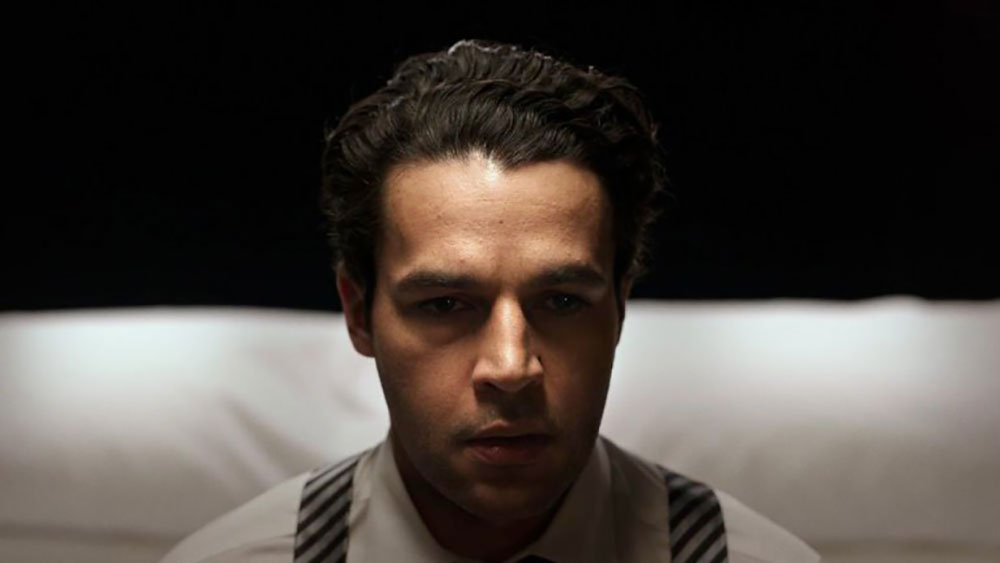 You see, Reed is a man with a plan. That plan is to kill a prostitute, presumably as a way to unleash some of his pent up anger and frustration. But the methodical, well-rehearsed plan goes awry when the woman he targets for murder, Jackie, is as seemingly deranged as he is.

She arrives in stunning fashion, adorned in fur, with striking red lips, black gloves, and a chic blonde bob. Her dynamic entrance is accompanied by a Brian de Palma-inspired split screen and scored by Goblin’s Profondo Rosso.

In fact, the film is rich with a 70s aesthetic and soundscape — a sleek and twisted love letter to the giallo films of that era. From the soundtrack, featuring songs from Italian composer Bruno Nicolai along with Goblin songs from Deep Red and Tenebre, to the acute attention to detail in the stunning set design. 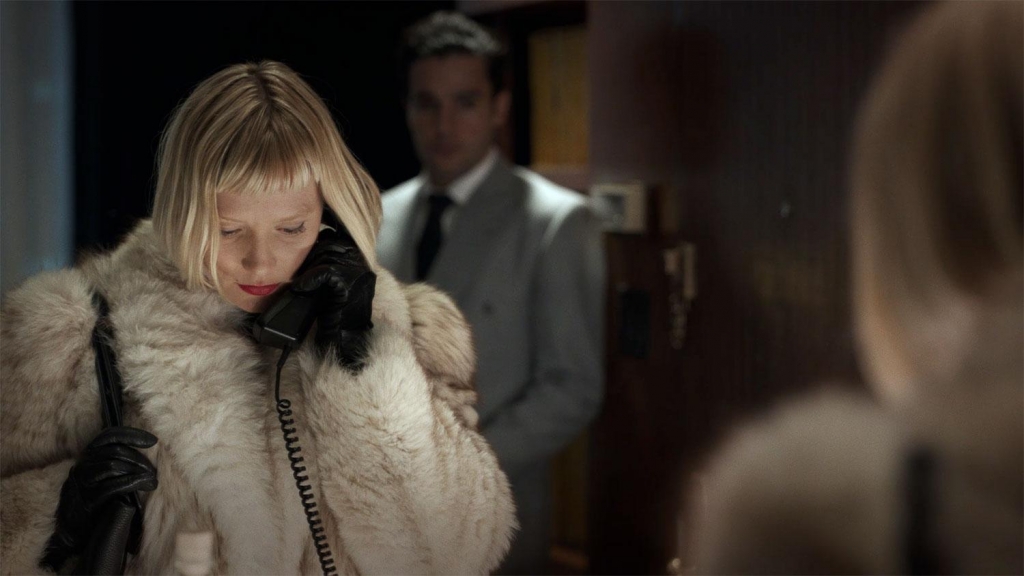 When Jackie arrives, Reed nervously explains that he’s never tried S&M before, sheepishly asking if it’s ok if he ties Jackie up. The far more comfortable Jackie explains that anything is fair game. Her attempts to get Reed to relax and open up sexually backfire, causing him to react badly. This leads a traumatized Jackie to stab herself repeatedly with scissors in the bathroom — putting into motion a chain of events that further entangles the two and keeps the audience guessing as the power dynamic dramatically shifts between the two.

Who’s playing who? Who’s the predator and who’s the prey? Where is the line between sickness and evil…guilt and innocence…sex and violence? 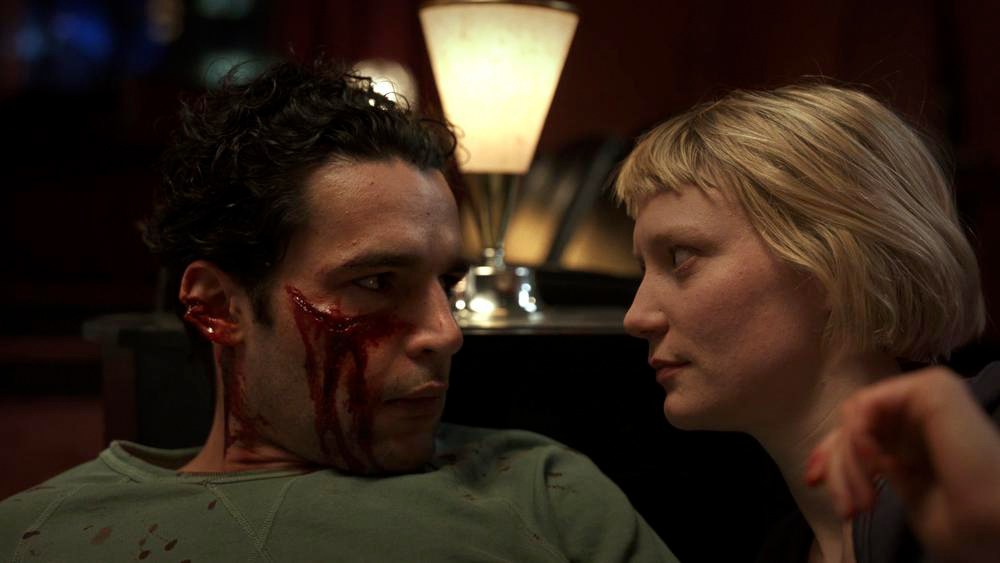 The success of the film relies almost entirely on the strength of its two leads, both of whom deliver mesmerizing performances. They give the film a layer of depth and humanity beneath the cheeky surface story about two strangely sympathetic psychopaths.

Wasikowska (Crimson Peak, Stoker), in particular, has a tremendous screen presence. She’s effervescent as the manic, wildly unpredictable Jackie — a mixture of bold confidence and fragile insecurity — the perfect foil to the methodical and cautiously measured but easily agitated Reed.

At times, you forget what kind of film you’re watching, and it seems you may be witnessing a blossoming love story between two very broken souls. Reed disarms us with his charming and mild mannered demeanor. Then Jackie casually whispers, “I want you to wear my skin” as if it’s just sweet pillow talk. 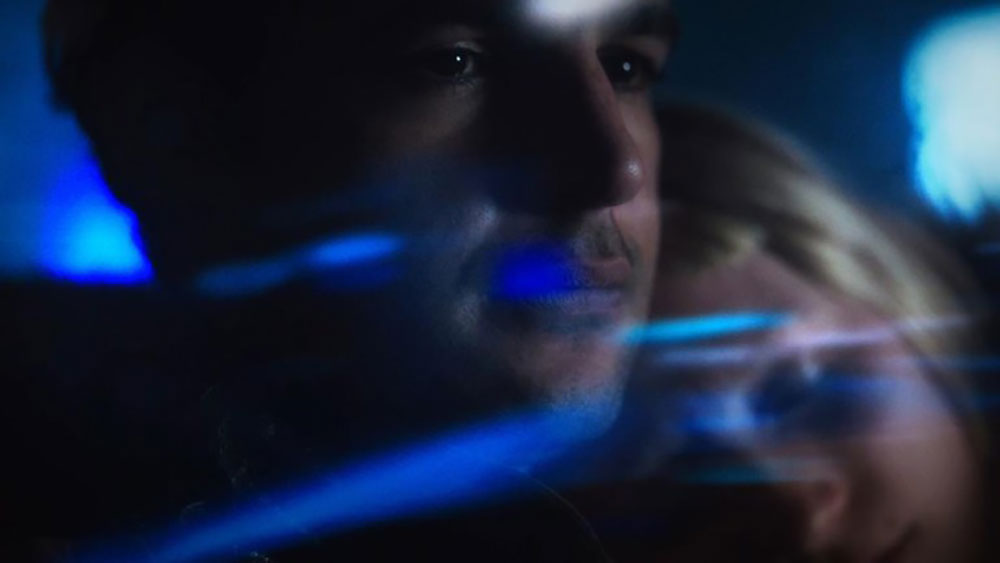 But it isn’t long until Pesce not-so-gently reminds us…this is not that kind of film. And the twisted love story/S&M thriller ramps up to a brutal and bloody final act, with an abrupt finale that is at once oddly satisfying and maddeningly frustrating.

Ultimately, this is a film much more concerned with style over substance…but, oh, what style it is!

Even if the story itself leaves you a bit cold, the rest of the film is red hot — including the stellar performances, gorgeous cinematography and phenomenal soundtrack. Piercing is definitely worth a watch, preferably on the big screen if you’re able to catch it there.

Piercing is currently touring the festival circuit, and this review is based on the recent screening on November 3rd, 2018 at the Ithaca Fantasik film festival.