Forget the critical reviews; with a stellar cast and an entertaining script, “All-American Murder” is an absolute joy to watch.

All-American Murder started as a project for Ken Russell (Lair of the White Worm, The Devils, Altered States, Crimes of Passion) to direct. While Russell eventually stepped aside and Anson Williams (Potsie from Happy Days) slipped into the director’s chair, some of the ideas from Russell seem to have made it into the movie. 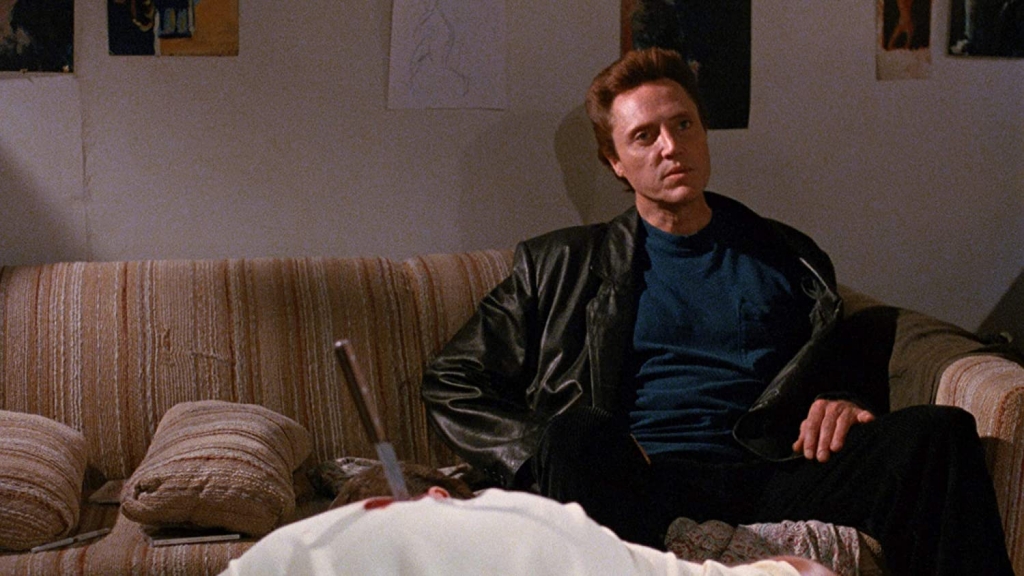 Artie Logan (Charlie Schlatter) has a penchant for causing trouble and lighting fires. Reckless and anti-social, Artie has bounced around from one school campus to another, always wearing out his welcome wherever he’s going to school. His father, a Judge, pulls some strings and enrolls Artie into a new college.

Artie appears to be starting up his old habits when he meets all-American co-ed Tally (Josie Bissett) and makes a connection with her. Soon though, after spending an evening with Tally she is set on fire and thrown from the second-floor deck. Artie is quickly targeted as the murderer.

An investigator, P.J. Decker (Christopher Walken) is sympathetic to Artie and gives him 24 hours to clear his name and find Tally’s killer. But in the best Giallo tradition, a killer, wearing black gloves and a trench coat, is stalking and murdering everyone around Artie. As the noose tightens around Artie, it’s imperative he finds the true killer while the police target him as the prime suspect.

Anson Williams has, in his last feature film as a director, made an interesting mix of a movie. All-American Murder is a hodge-podge of genres including Giallo, American slasher, and horror-comedy — with a dab of Twin Peaks quirkiness.

All-American Murder is a schizophrenic mess, held together by an all-star cast that includes Walken, Richard Kind, and Joanna Cassidy. 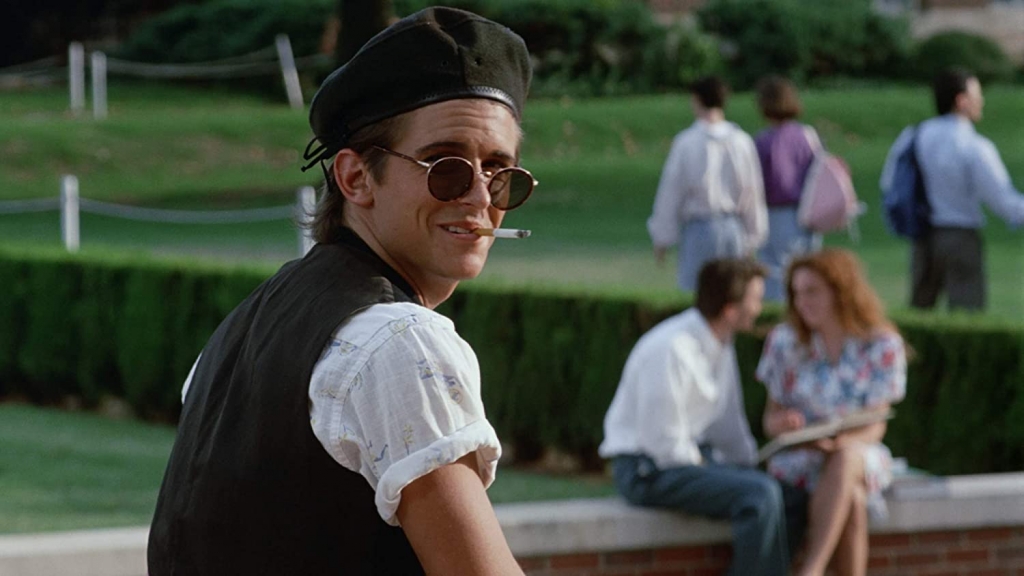 The strength of the movie goes beyond the cast because they have a ridiculous script to work from. The script is filled with quips, humor, and many quotable lines. It’s impossible to dislike a movie with lines like, “What the hell is Doug Sawyer doing on my coffee table with a knife in his back?” Walken and Schlatter make a great comedy duo.

Watching All-American Murder was a joy from start to finish. The reviews from when the movie was released are mixed at best, and its audience Rotten Tomatoes score stands at 22%. I challenge anyone to watch this movie and not find enjoyment in it.

While I have a lot of love for what Anson Williams did, I can’t help wonder what Ken Russell would have done with All-American Murder and feel a pang of regret that he didn’t get to make it. 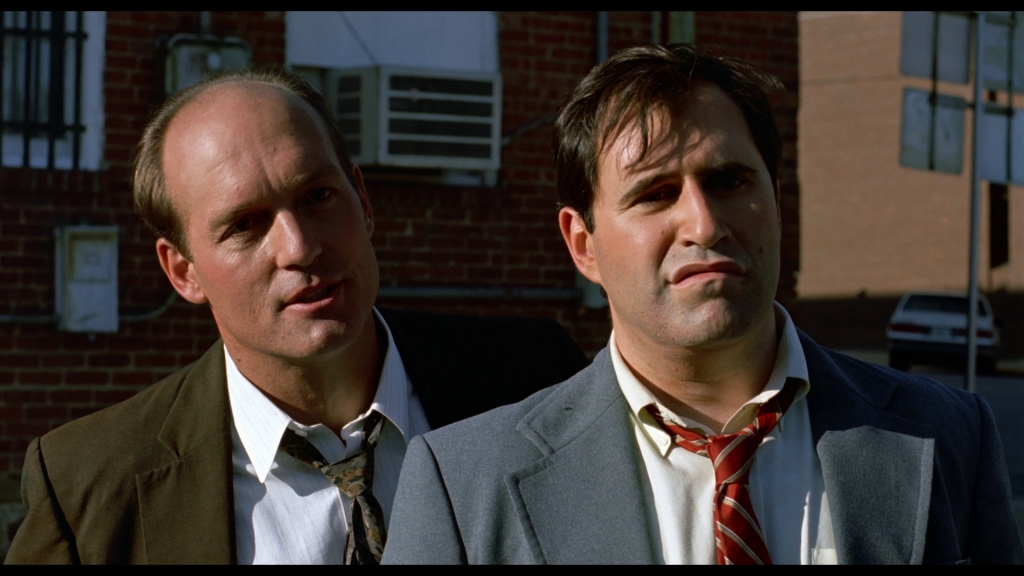 Vinegar Syndrome brought the members of The Hysteria Continues! Podcast to provide a commentary track.

I believe this is the first time I’ve listened to a commentary track by The Hysteria Continues!, and I enjoyed listening to the group discussion. They’ve been together, podcasting, for quite a while, and they have an easy rapport. They don’t talk over each other, do their research on the subject, and there is little to no empty space during the entire running time of the movie.

Their commentary is a mix of critique, behind-the-scenes stories, and stories about the actors. 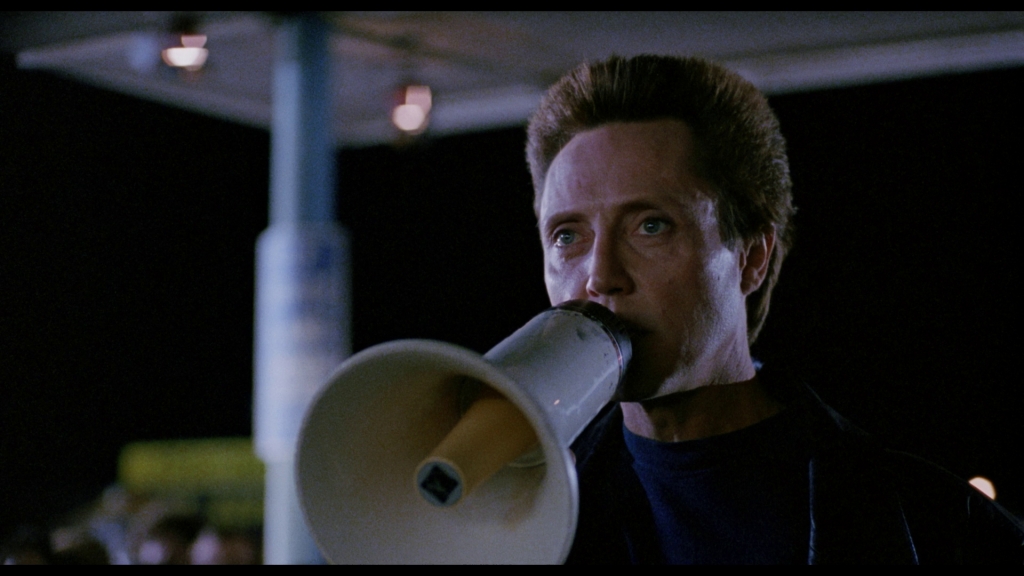 All-American Murder is an intriguing title. The cast, headed by Walken, is filled with well-known actors who will have you wondering how they ended up in this movie. It’s hilarious, gory, and wonderfully and enjoyably odd.

The special features are solid, highlighted by an excellent commentary track from The Hysteria Continues!

Thank God Vinegar Syndrome is around to unearth and release movies like All-American Murder.