One of the joys of Vinegar Syndrome is that they have released some long-forgotten 1980s-era sexual thrillers. These are films that might have been shown on Showtime or Cinemax, or even on the more content-restrictive USA Network late at night.

Olivia (aka Double Jeopardy, aka Prozzie) is a movie I imagine would have been a hit on cable during the 1980s. The cast isn’t as recognizable as some from that era, like Morgan Fairchild and Andrew Stevens, but I could envision this being a mainstay on late night cable. 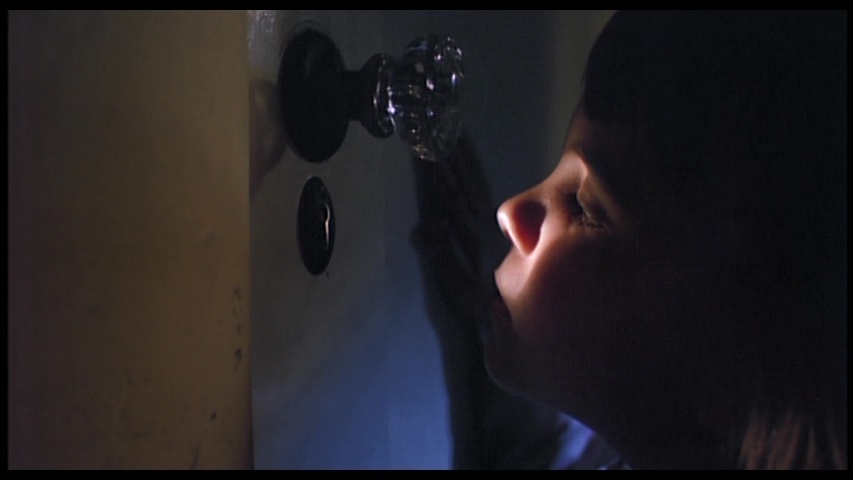 Olivia is, at the start, a child about ten years old. Her mother is a prostitute who picks up customers around England’s London Bridge. Their apartment overlooks the bridge. Olivia watches her mother work through the bedroom keyhole.

As you would expect, a child watching through keyholes never ends well. Olivia witnesses the murder of her mother by a customer who had some kinky requests like being tied down, and very specifically to not be untied no matter how much he begged.

As an adult, Olivia (Suzanna Love) is in a controlling and unhappy marriage. Her husband won’t let her have a life outside their apartment, not even to get a job as a waitress at the local tavern. With Olivia’s stress and unhappiness rising, she begins to hear the voice of her dead mother instructing her to avenge her murder.

To this end, Olivia begins to pimp herself out around the London Bridge area looking for victims to satiate the demanding voice in her head. 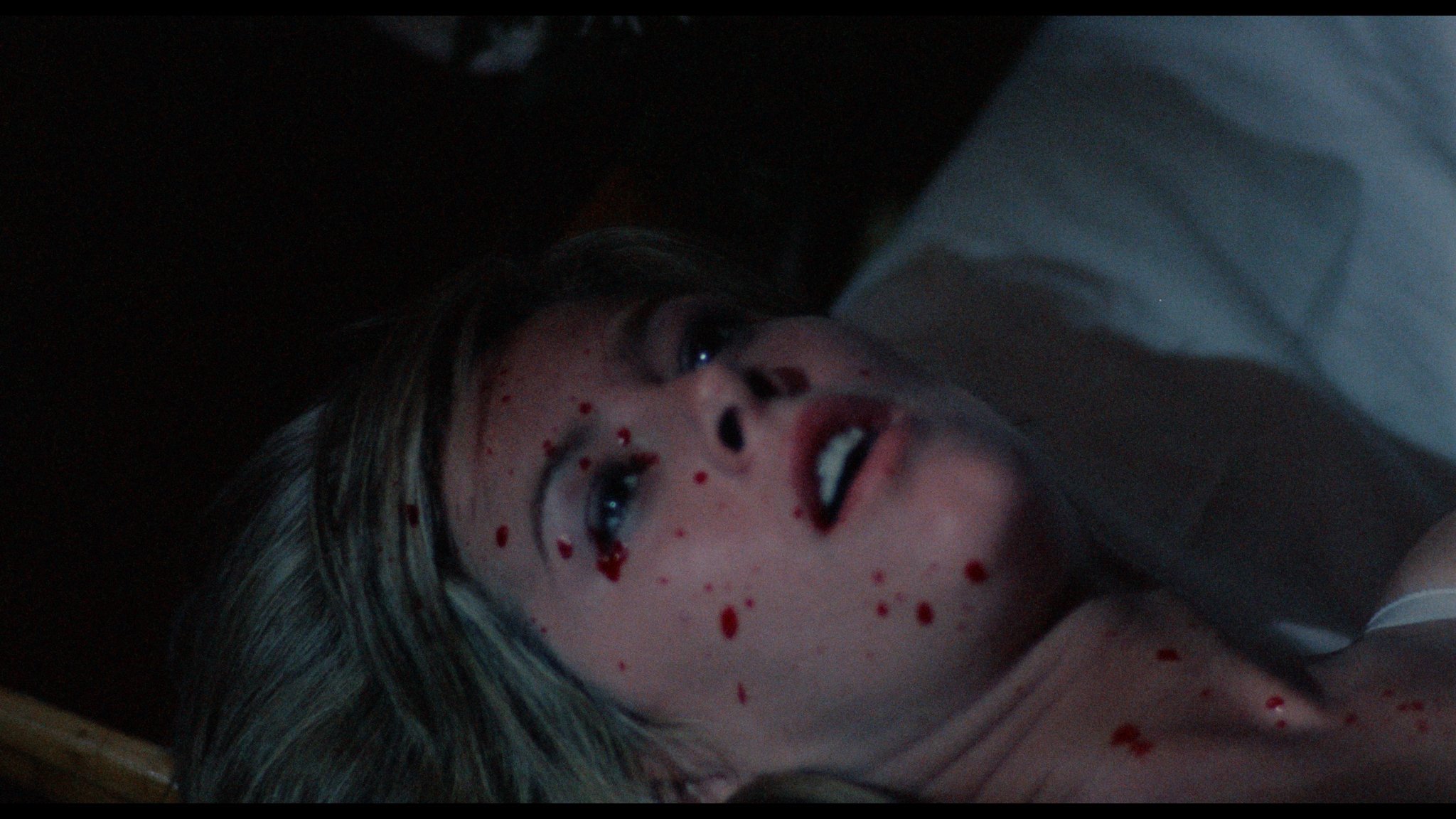 Before Olivia can get on a proper killing spree, she meets an American engineer, Michael (Robert Walker, Jr.) working in London to pitch refurbishing or demolishing the famous London Bridge. Initially he’s a customer who she can’t bring herself to kill, and they fall in love.

Olivia’s husband catches them kissing on the bridge, attacks Michael, and finally falls into the river below during the struggle.

Four years later, the original London Bridge has been dismantled and moved to Arizona where it’s been rebuilt as a tourist attraction. There, Michael meets up with Olivia once again, who has changed her name to Jennie, dyed her hair a different color, and is sporting an American accent.

Their chance meeting and reunion will have terrible, bloody consequences. 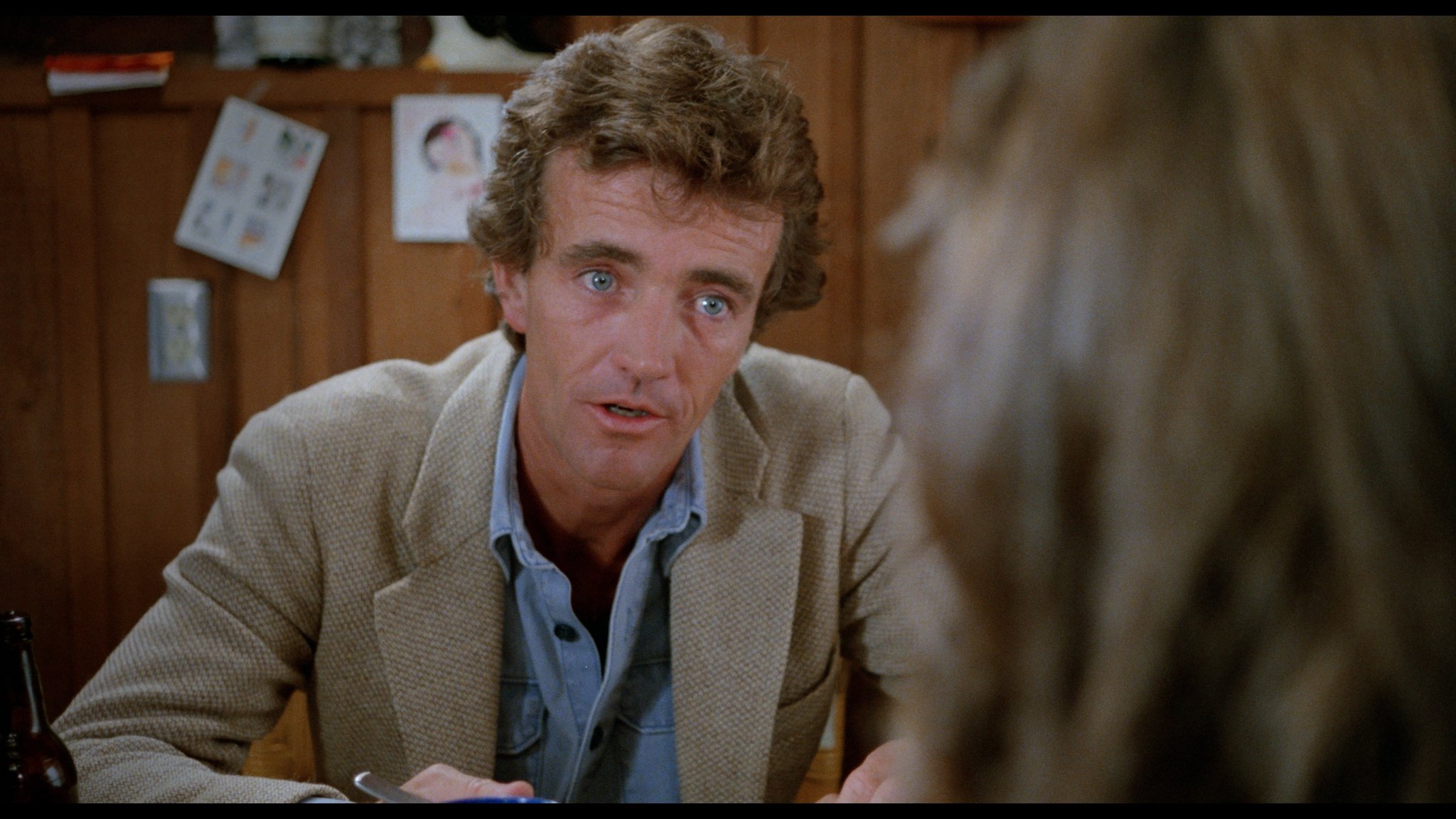 Olivia is a solid, if predictable, thriller.

The story movies at a decent pace, never dragging to a point where you might anxiously await the next action piece. There’s little mystery about what’s about to happen though.

For example, the opening scene with Olivia’s mother is telegraphed to the audience. The moment we see Olivia peeping through the keyhole, to the moment her mom’s customer requests that she not untie him no matter how much he begs her to.

The predictability works in favor of the movie, especially the shocking finale. 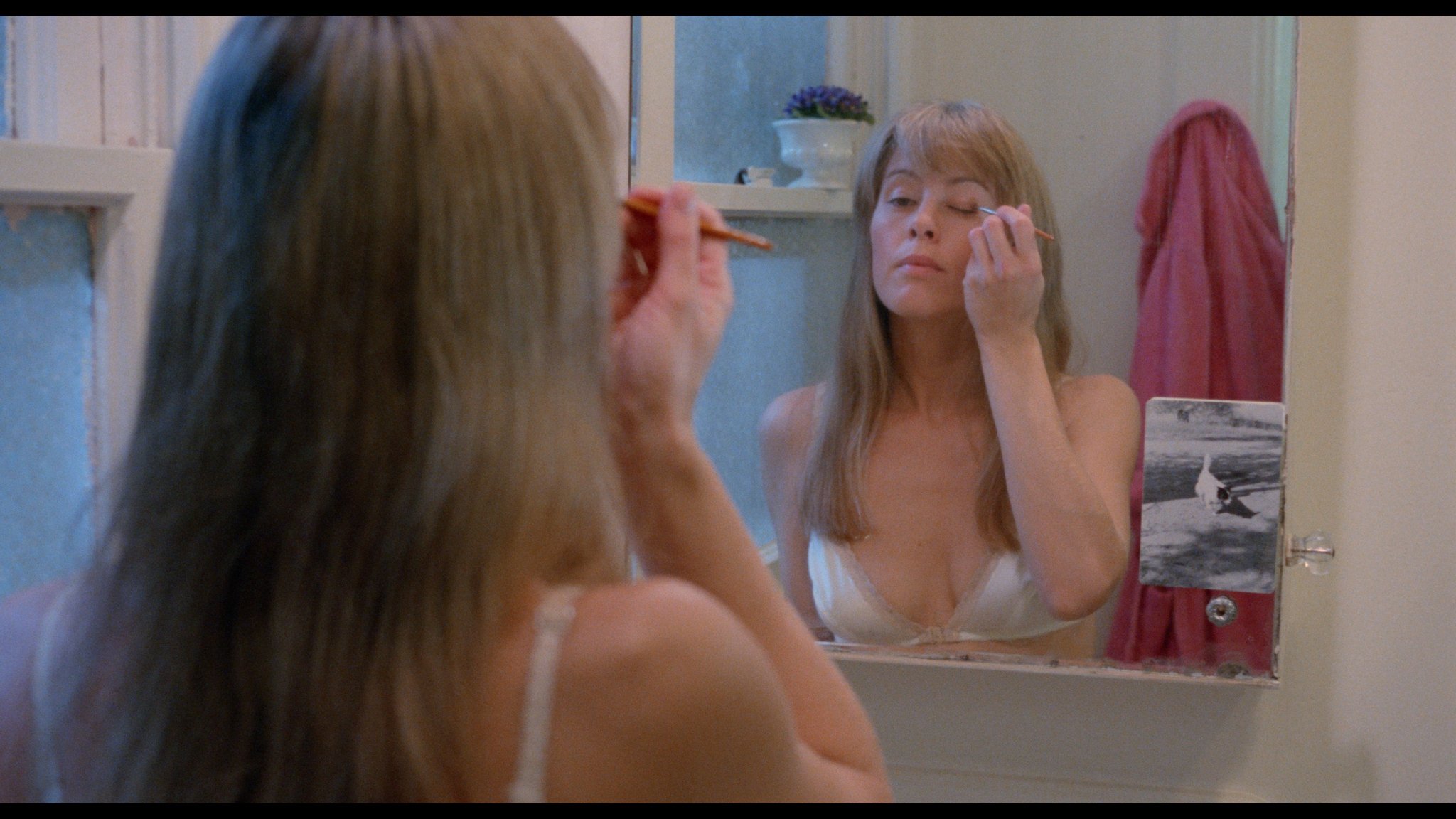 We know what’s coming, what must happen, and suspense is built by making the audience wait for it to happen.

My one minor complaint is that I wish the movie had leaned more into Olivia hearing her mother’s voice. The movie could have gone more into Psycho territory without losing much of its core story. 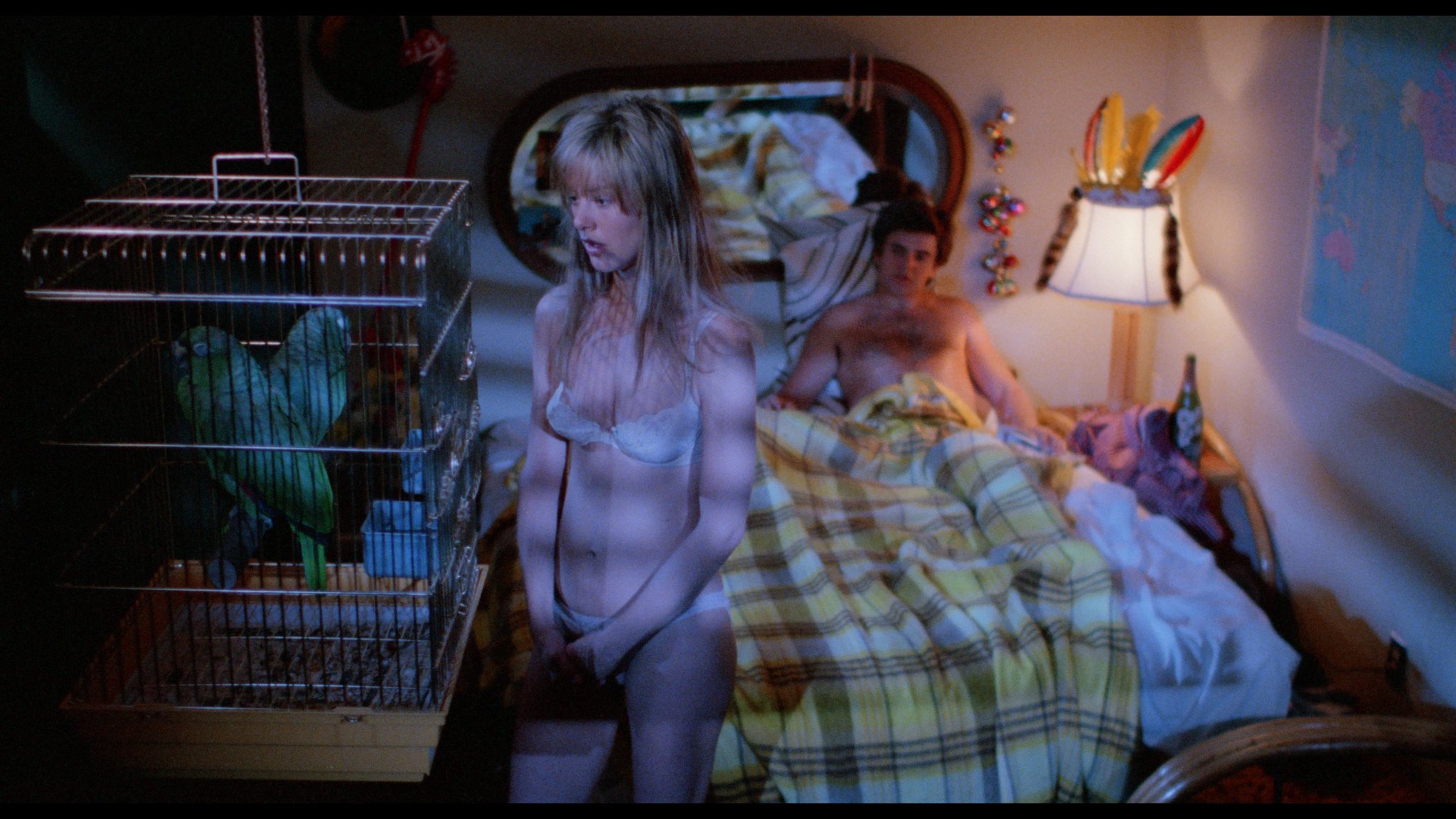 The film starts with a message from Vinegar Syndrome warning viewers that the original negative had quite a bit of damage and that the audio is from the video source. The quality of the picture and audio can be tricky in a few spots, especially within the first ten minutes, but nothing that is ultimately distracting or ruins the experience of watching the movie.

The three interviews go into some depth about the background of director Ulli Lommel, as well as working with him.

Ulli was married to Suzanna Love during the filming of Olivia, and she gives some insight into why Ulli might make a movie like Olivia based on his background growing up in a post-World War II Germany and Poland. Suzanna talks very little about the actual experience of working with the movie, but more about being an actress in general, how acting lead to her drinking (at least half a bottle of vodka a day during filming), and life with Ulli.

The interviews with John Marsh, Terrell Tannen, and Jon Kranhouse go into detail about working with Ulli, a maverick, low-budget filmmaker who had worked closely with arthouse directors like Andy Warhol and Rainer Fassbinder. All three note how much they learned about different aspects of filmmaking from Ulli.

The behind-the-scenes footage is shot by John Marsh. There’s no video audio, but Marsh provides commentary throughout so we know who is, and what is happening, on screen. 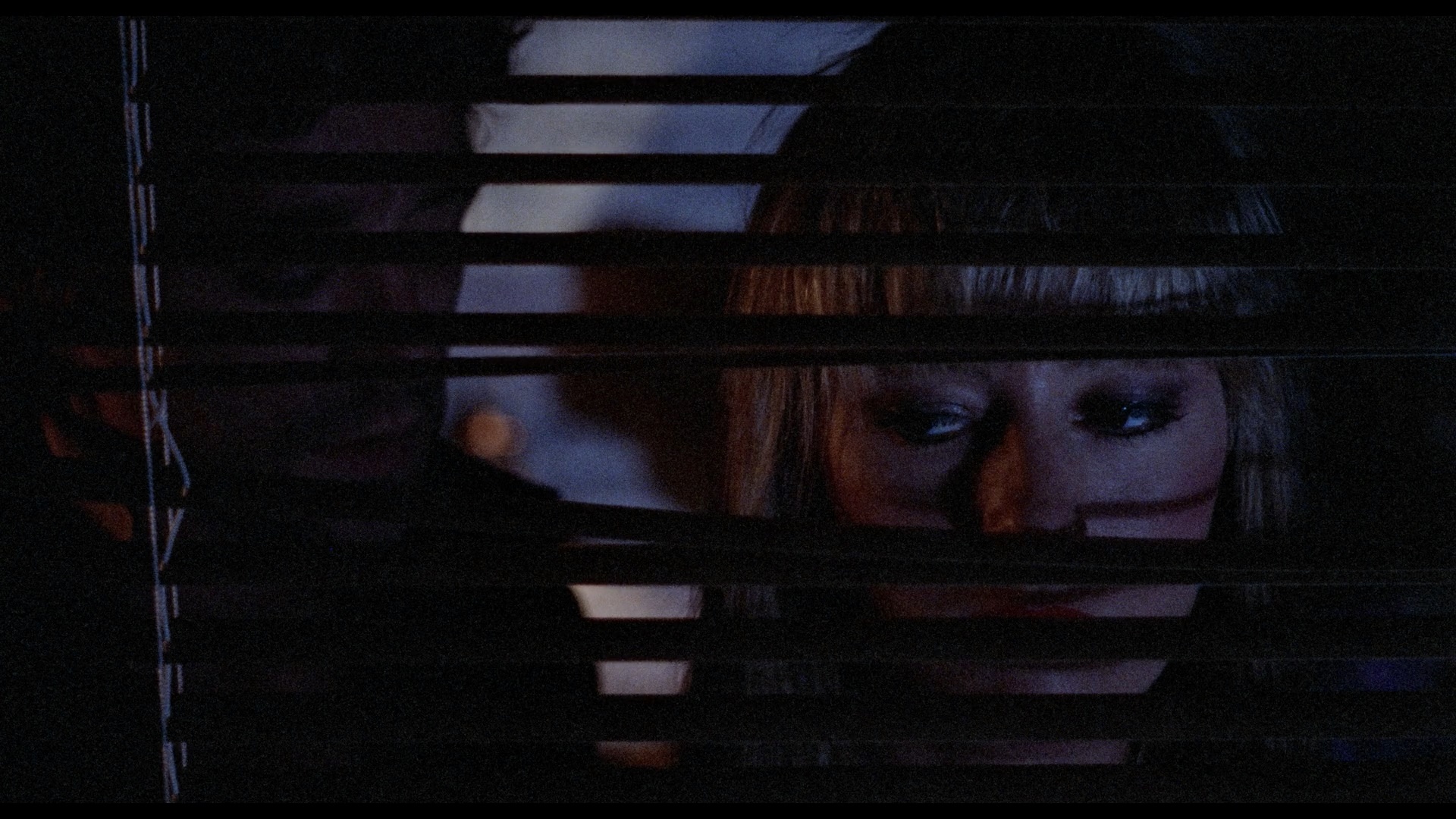 Olivia is another strong release from Vinegar Syndrome. Not only does this release give fans a chance to see an underseen, but well-made thriller, but it allows fans to be exposed to the career of director Ulli Lommel. I, for one, will be looking into his other works.