Cold Moon is an eerie, mostly effective ghost story about a young girl who is killed, then returns from beyond the grave to unleash her vengeance. 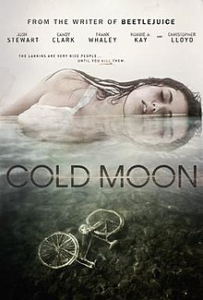 After his father becomes infirm, Nathan Redfield (Josh Stewart) must oversee his family’s affairs, such as the town’s bank. He isn’t the most kind hearted person, so when he sees a chance to foreclose on the land of Evelyn (Candy Clark), it could mean some serious cash for the family business. Of course, this causes immense tension between Evelyn and Nathan, which soon reaches a boiling point.

When Evelyn’s granddaughter Margaret goes missing and is later fished out of the river, she is certain that Nathan was involved, insisting this was part of his plan to seize her land. 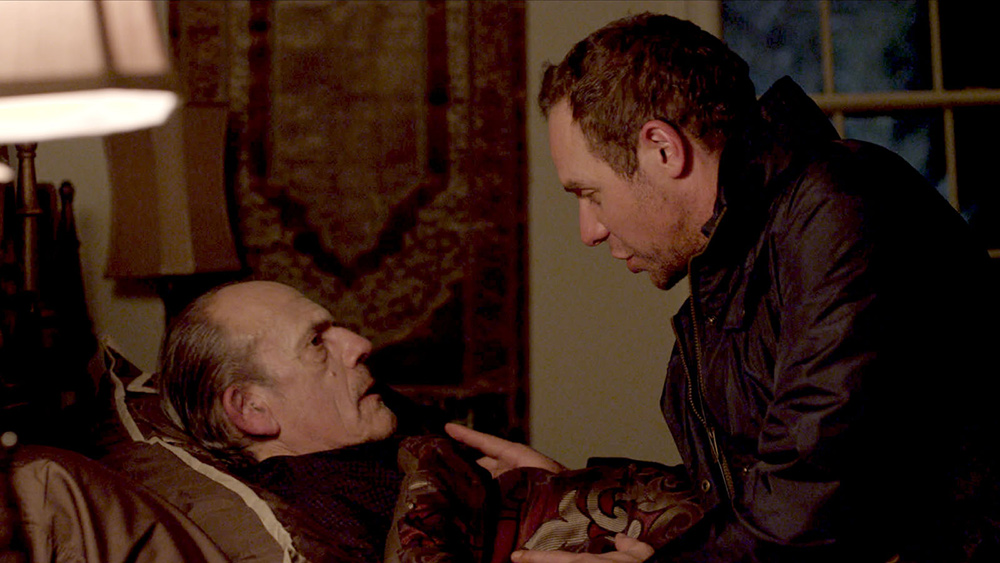 But Redfield tries to steer things toward other potential suspects, to save his own ass. As the local law looks into the suspects, the ghostly spirit of Margaret emerges from the water and starts to terrorize the locals, which sparks more deaths and even more spirits.

Will anyone survive this supernatural onslaught, or will these eerie ghosts remain until their vengeance has been fulfilled?

Cold Moon has a lot to like, but also has some odd choices and not so effective moments. The pace is a little slow at times. However, the movie provides ample ghost scenes, so this isn’t a drama with a ghost gimmick. 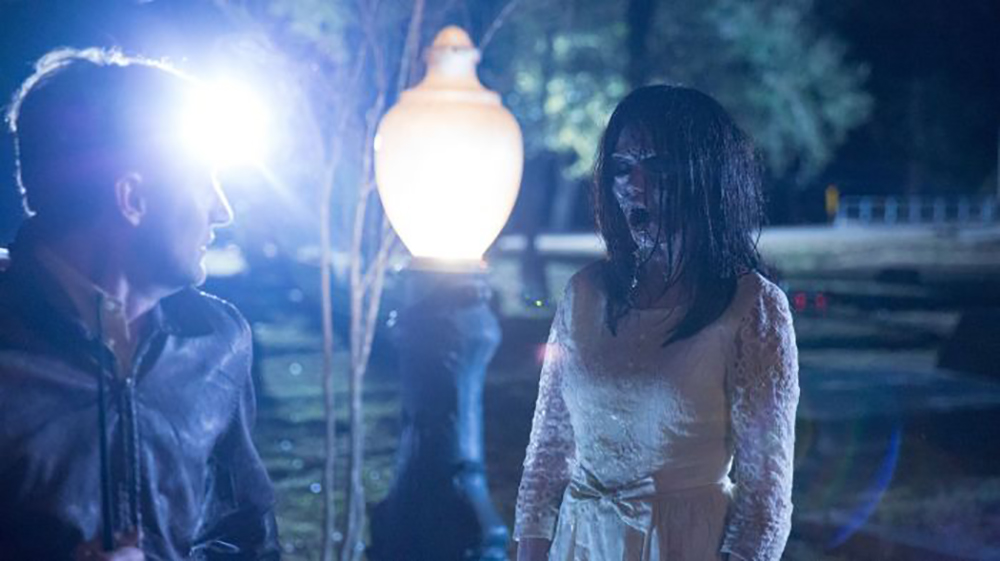 The main spirit looks like the typical creepy girl ghost, which is fine, since it works, despite being overdone. This ghost turns into water, rides an invisible bicycle, and loves to vanish, sending poor Redfield off the deep end.

I think the movie has some good atmosphere, as there’s an unsettling vibe to the entire thing, between the ghosts and how much of a scumbag Redfield is. In other words, this is one of those movies where you root for the ghosts, as Redfield is totally unlikable. All you want to see is this epic douche get some comeuppance.

The narrative takes a pretty laid back approach for a while, then jumps into the supernatural angle. After some time passes with our lovely ghost girl, the movie spirals into some pretty unusual moments — like a giant ghost snake with the head of Evelyn, for example. I loved this, but I am sure some more reserved viewers might not appreciate the sudden leap into craziness. As a horror movie, I think COLD MOON works, but more on mood and weird vibes than actual scares. There’s also some unintended fun involved, which ramps up the entertainment.

The cast here is passable, with Josh Stewart well cast as the lead and the unlikable asshole. He has that cold, selfish presence down to a science. It works here, even if you can’t understand a word he says. Between his slipping accent and desire to mumble all of his lines, little of his performance makes any sense. But it’s easy to dislike him, and that’s what the role needed.

Christopher Lloyd has a small role, but isn’t given all that much to do. Frank Whaley seems a little out of place as the local lawman, but he’s decent. The rest of the cast is fine, no real standout performances, but everyone seems up to the task.

This is another indie horror movie that embraces CGI, and that is a real shame. 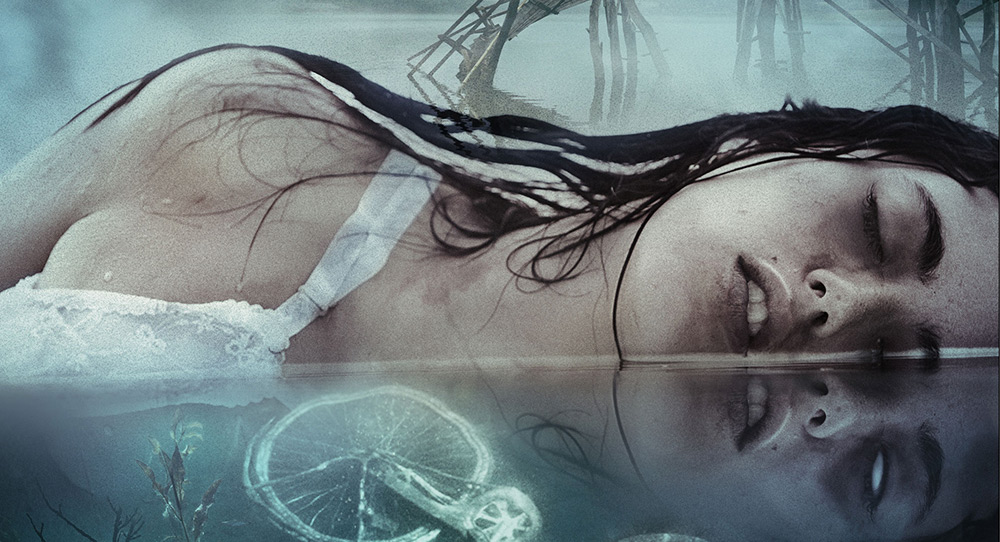 The flick has some creative scenes that could have been a lot of fun but are really dampened by some poor digital effects. Almost all the gore is digital, as well as many of the ghost effects. At least the ghosts sometimes look cool or outlandish, but the gore just looks sad and really suffers from that choice. I know budgets are tight on a shoot like this, but honestly no gore would be better than lackluster effects that wind up lessening the mood and tension.

Overall though, I think Cold Moon is a solid chiller that has some cool visuals and capable atmosphere.