Netflix’s much buzzed about “The Perfection” is an absolutely indescribable mind trip, which isn’t quite sure of its intentions. Or is it?

Ok. This is probably the most difficult review I’ve ever embarked upon. Why? Because “The Perfection” is almost indescribable, and certainly “unclassifiable” – even though I’ve been pondering how to write about it for the past 24 hours. And I will warn you in advance: This review is going to contain a lot of spoilers. Because without doing so, it would be impossible to give you my opinion on it.

The fact is that I’ve re-written this review twice, and I’m still not sure on the outcome. But that is at the very core of the movie. You can’t (or at least shouldn’t) attempt to analyze it in any rational sense. You just have to let go and ride the wave of madness that director Richard Shepard hits you with.

I went into the film completely blind – no trailers, no reviews and no talk of it with my friends. This is my preferred way to approach any film regardless of genre, but with “The Perfection”, it is absolutely necessary to get the most from your viewing experience.

Where to begin? Well, the beginning is usually the best place. And, as with a lot of familiar narratives, that’s where “The Perfection” opens. 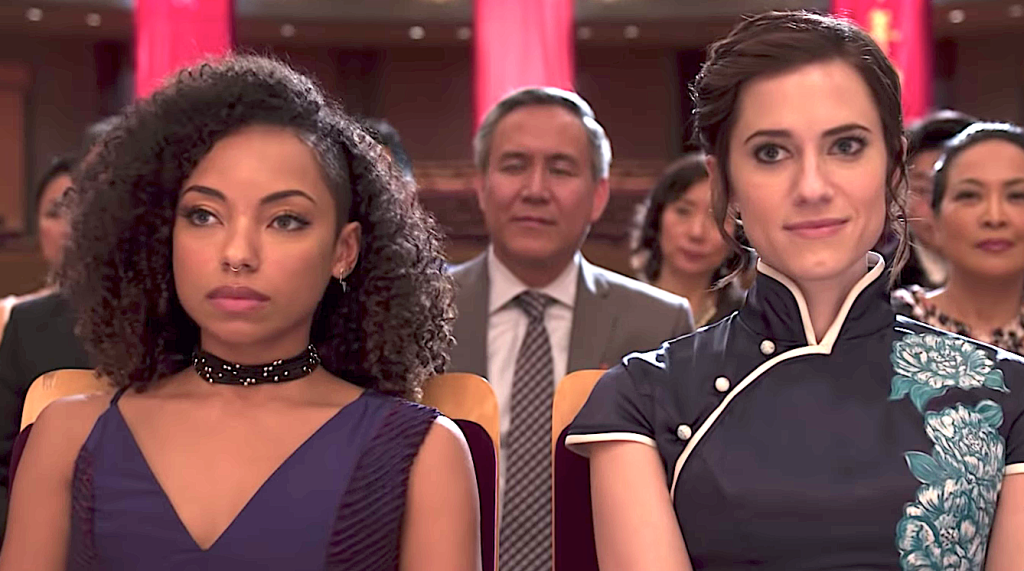 Charlotte (Get Out’s Allison Williams) is a world class cellist – albeit with unfulfilled potential. We’re introduced to her initial predicament right off the bat. She’s been caring for her comatose mother for the last ten years. And she seemingly gave up her musical career, leaving a famous conservatoire of music out of duty to do so. But now her mother has passed. She nervously contacts her former mentor Anton (Steven Weber, who you might recognize from the TV adaptation of Stephen King’s “The Shining”) in the hope of rekindling her ailing career.

Anton and his new protégé Lizzie (the scene stealing Logan Browning) are in China, seeking out the most talented young cellists for a life changing scholarship at his academy in Massachusetts. So Charlotte goes along for the ride.

There’s an instant and mutual admiration (and attraction) between Charlotte and Lizzie. And the freedom to explore her previously muted sexuality leads Charlotte to agreeing on accompanying Lizzie on a backwoods exploration of the Chinese wilderness.

So, you might think at this point (I know I did), that this film is heading into the territory of backwoods horror. Just before they leave, there’s a hint, too, that maybe this is going into zombie and/or virus outbreak territory. But this is a deliberate mis-direction rather than a throwaway incident.

With what appears to be a raging hangover, Lizzie reluctantly boards the primitive bus to nowhere alongside Charlotte. And they journey into the beautiful but bleak and unforgiving Chinese countryside.

And that’s when things start to really get crazy.

It’s not long before Lizzie is at breaking point with the “hangover”. She vomits violently. And when Charlotte tells her there’s some kind of bugs in her puke, she begins to really panic. I sensed now that we’re heading into a body horror scenario – a sub-genre that I find particularly difficult to watch for some reason. So I felt myself tense up immediately. The angry bus driver tells them they have to get off (in the middle of nowhere), and Lizzie’s sickness continues in a downward spiral until she sees bugs burrowing under the skin of her arm.

Her panic is in stark contrast to the outwardly calm Charlotte, who handily produces a butchers cleaver and suggests to Lizzie that she cut her own hand off to rid herself of the parasites in her arm. She willing does so. And now I’m thinking this is some kind of twisted plan from Charlotte to regain her place in Anton’s affections as the cellist of choice.

The film cuts here, and does a rewind – literally. And we see how Charlotte has planned the entire plot to date – dosing Lizzie up with hallucinogenic drugs and alcohol, in a perverted plan to reinvigorate her career.

OK, so now I think I know what’s going on. 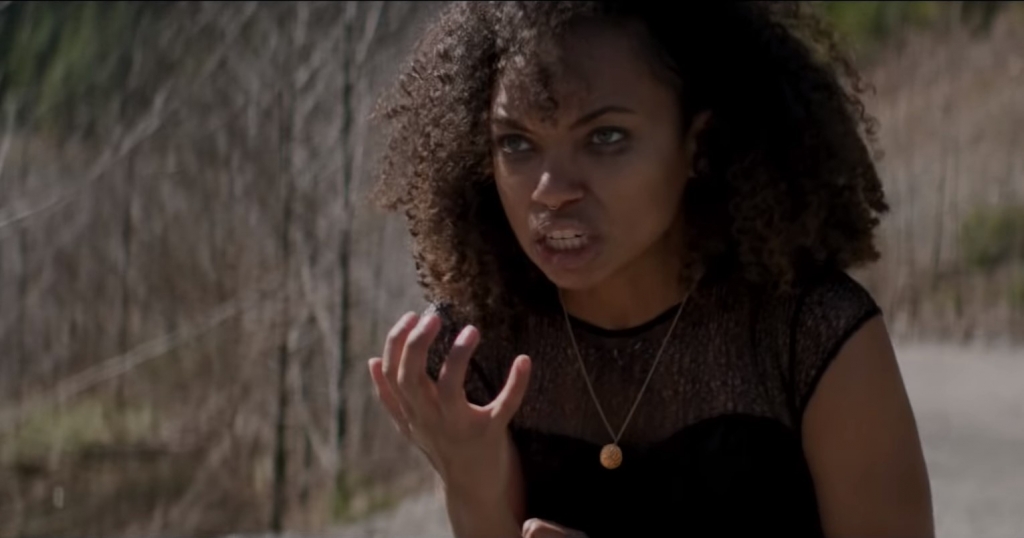 This is reinforced when Lizzie shows up at Charlotte’s Minnesota home and attacks her (though in a rather rushed fashion). She drives with Charlotte in the trunk all the way back to the musical conservatory in Massachusetts, and presents her prisoner to Anton by way of reconciliation. He wants to kick Lizzie out of the school because she can no longer play cello. But by gaining revenge over her for cutting the hand off, both Anton and Lizzie will be somehow satisfied.

But wait. No, it’s going in another direction…or two or three…before I realize that this film stubbornly refuses to fit neatly into any one (or two, or three) sub genres. 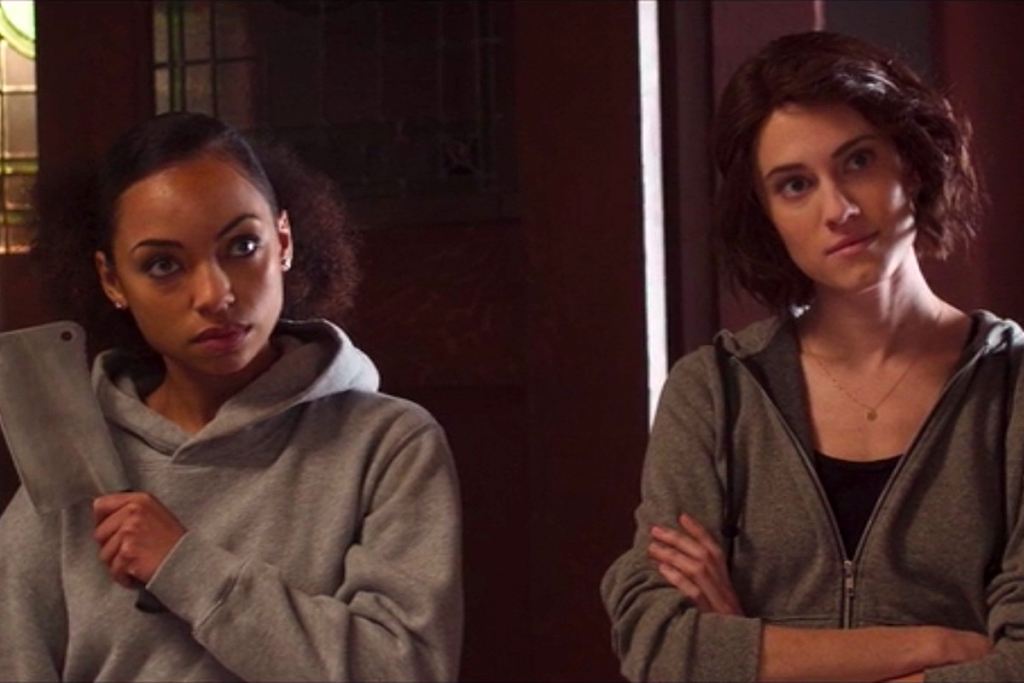 Yes, it has tropes we recognize here and there. Yes, it has characters who swing like a pendulum between protagonist and antagonist. But I won’t give away any more about the final act of the film. Because doing so would ruin it for even those of you who, like me, think you’re familiar with “horror” as a genre and are grounded enough to think you know what’s going on at any p