“Midnight Mass” sees Mike Flanagan return to the small screen nearly a year after the sublime and soul-stirring “The Haunting of Bly Manor”. 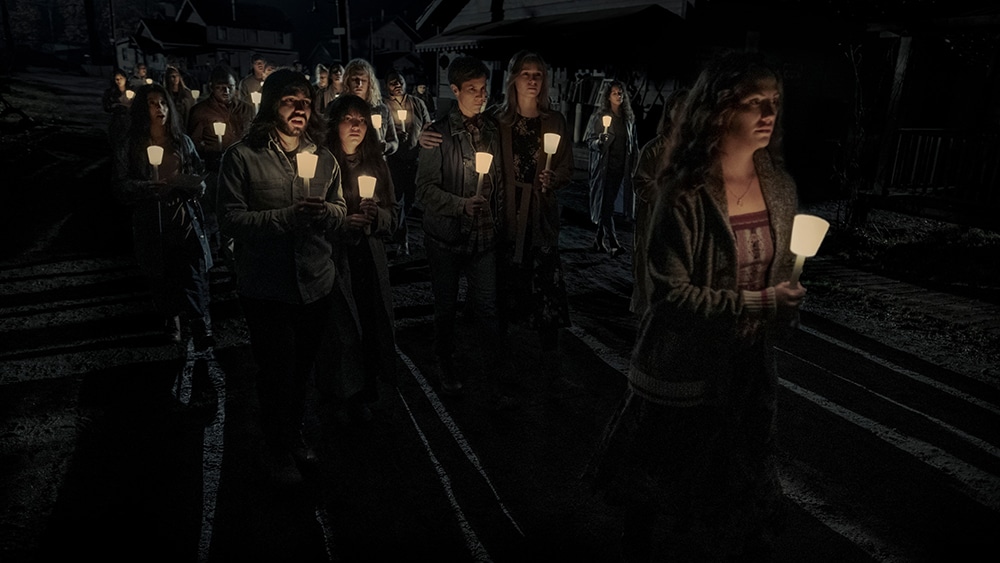 Flanagan has graciously given viewers a year to recover from the heartbreaking trip to Bly. The subsequent excursion to Crockett Island will leave audiences breathless, disoriented, shocked, and in tears at different intervals.

With only seven episodes, the series goes at a breakneck pace compared to the creeping terror of both installments of The Haunting, however, Flanagan does not eschew his signature tension and dread. This is a tale that is not for the faint of heart and deals with some graphic and heavy subject matter.

It’s an important story, and it is treated with the gravity and respect it deserves which allows it to effectively create some of the most disquieting sequences in the history of horror television.

The show opens up on a handcuffed Riley Flynn (Zach Gilford) watching as a pair of first responders try to revive a young girl whose car he struck while intoxicated. The girl dies, and Riley is sentenced to several years in prison. All the while, he’s haunted by the specter of the young girl. With nowhere left to turn, he returns home to Crockett Island, a small town that has fallen on hard times.

He receives an icy welcome due to his past sins, though he has the pleasure of reconnecting with an old friend, Erin Greene (Kate Siegel). Riley’s arrival is followed by the advent of Father Paul (Hamish Linklater) at the community’s church. Father Paul has come to temporarily replace the elderly Monsignor Pruitt after he mysteriously fell in while taking a trip abroad.

Not long after Father Paul takes up the yoke of the previous pastor, astonishing miracles start to take place on the island.

To say much more regarding the plot to Midnight Mass would be a great disservice to the viewer. 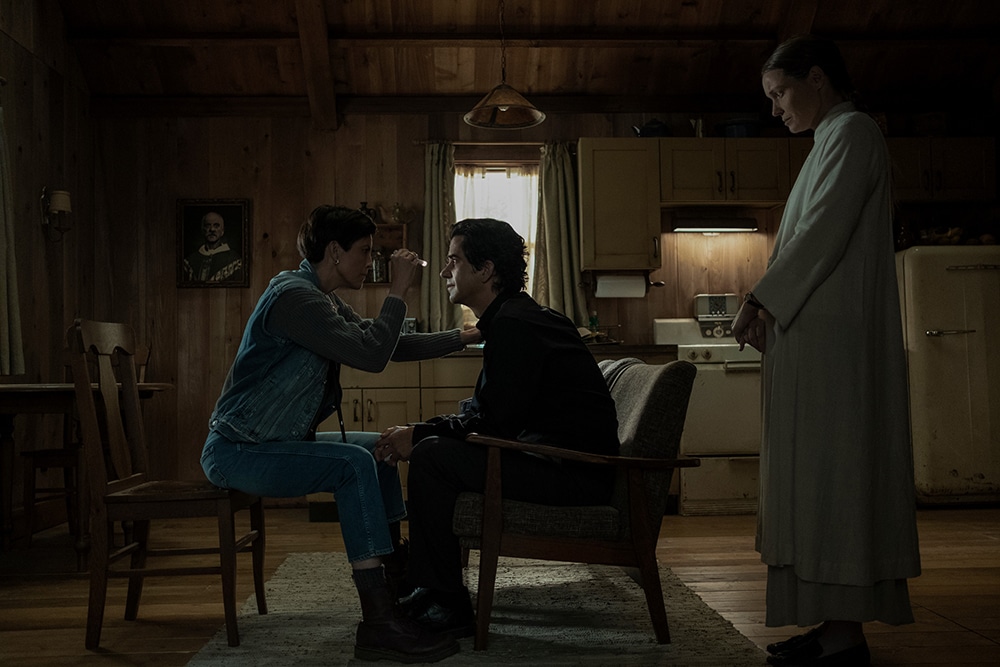 Go into this knowing as little as possible and give yourself over to the story completely. It’s the only way to effectively watch a series like this.

Like all good stories, it doesn’t give up all of its secrets at once, but it expertly unfolds into a terrifying picture that details the horrors of the human heart. Mike Flanagan is purposefully holding a mirror up to the soul of America in this series, especially small-town America. It’s deft commentary, so resist the urge to spoil yourself and instead choose to experience its power firsthand.

Every creative element of this show is delicately and deliberately wrought from the top to the bottom.

It’s gorgeously meticulous from the directing to the production and set design. It all melds together to create a series that is wholly immersive. The show has been crafted with love, and it’s palpable that all the creative forces involved love this story and its characters.

There’s something special about a project where you as a viewer can distinctly recognize the reverence the cast and crew have for the material. It’s–no pun intended–a divine event.

Flanagan uses his prior experiences as a writer and director and his boundless emotional intelligence and empathy to round out the characters and the plot. 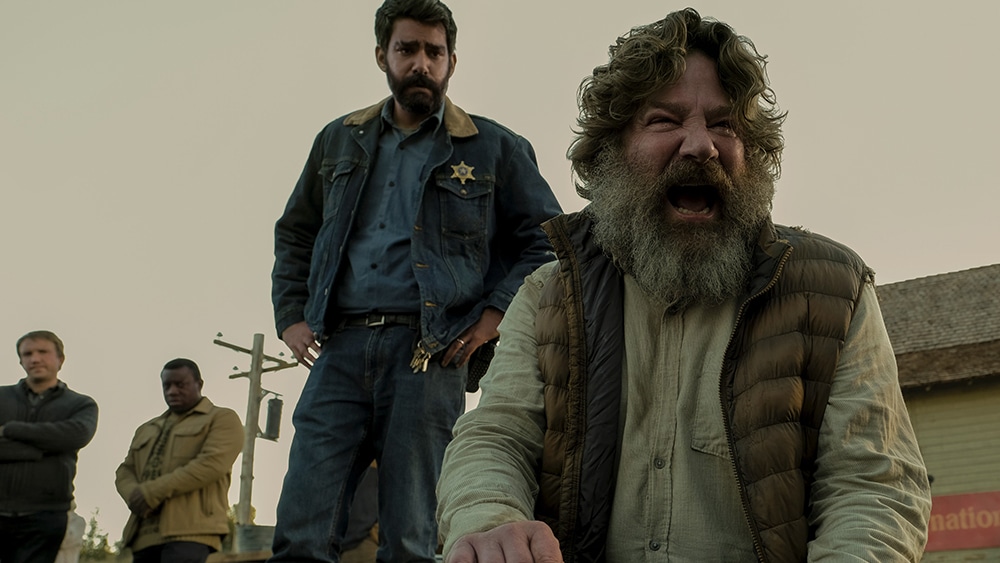 He thematically builds upon his other works retroactively with Midnight Mass and further explores those themes as well.

Flanagan employs his tried and true monologues that are akin to decadent poetry to deepen our own understanding as an audience about the world around us. This show serves as a love letter to American horror literature and its long tradition of tearing apart the small-town mindset and the bigotry that lives within the souls of those who posture as pious. There’s Stephen King, Shirley Jackson, and a little Nathaniel Hawthorne in the show’s DNA makeup.

Paired with Flanagan’s knowledge of the Bible, he creates a wicked relevant commentary for our troubled times.

The cast is impeccably solid.

There’s not a weak actor in this cast, and they all work together beautifully.

That is no shock; It’s acting you can feel in your bones and blood that speaks to our primal humanity. However, Rahul Kohli as Sheriff Hassan, Kate Siegel as Erin Greene, Hamish Linklater as Father Paul, Samantha Sloyan as Bev Keane, Annabeth Gish as Dr. Sarah Gunning, and Annarah Cymone as Leeza Scarborough are clear standouts in the series.

Kohli, Siegel, Gish, and Cymone bring a unique emotional headiness to the last few episodes of the series.

Kohli truly shows his range here as a harried single father trying to hold his family and his town together. He and Sheriff Hassan are integral to the show in a way that’s significant and captivating. He handles some of the most difficult scenes of the series with methodical nuance.

Siegel’s role is far more reflective and quiet than the likes of Theo and Viola. Erin is a pensive character, and Siegel displays the breadth of her talent in the show’s stiller m