In honor of its anniversary, The Spinsters of Horror discuss the Satanic & feminist themes in Robert Eggers’ modern masterpiece “The Witch”.

The Witch (stylized as The VVitch, and subtitled A New-England Folktale) is a 2015 supernatural horror tale written and directed by Robert Eggers in his feature directorial debut. It stars Anya Taylor-Joy (in her first film appearance), along with Ralph Ineson, Kate Dickie, Harvey Scrimshaw, Ellie Grainger, and Lucas Dawson. Set in the 1630s, it follows a Puritan family who encounters forces of evil in the woods beyond their New England farm.

This New England folktale, which premiered on January 27, 2015, at the Sundance Film Festival, took witches, Satanists, and horror fans by storm — and for good reason.

We discuss the themes of Black Phillip as the symbol of Satan, Satanic witchcraft and its empowering force, womanhood, motherhood, even anti-motherhood. 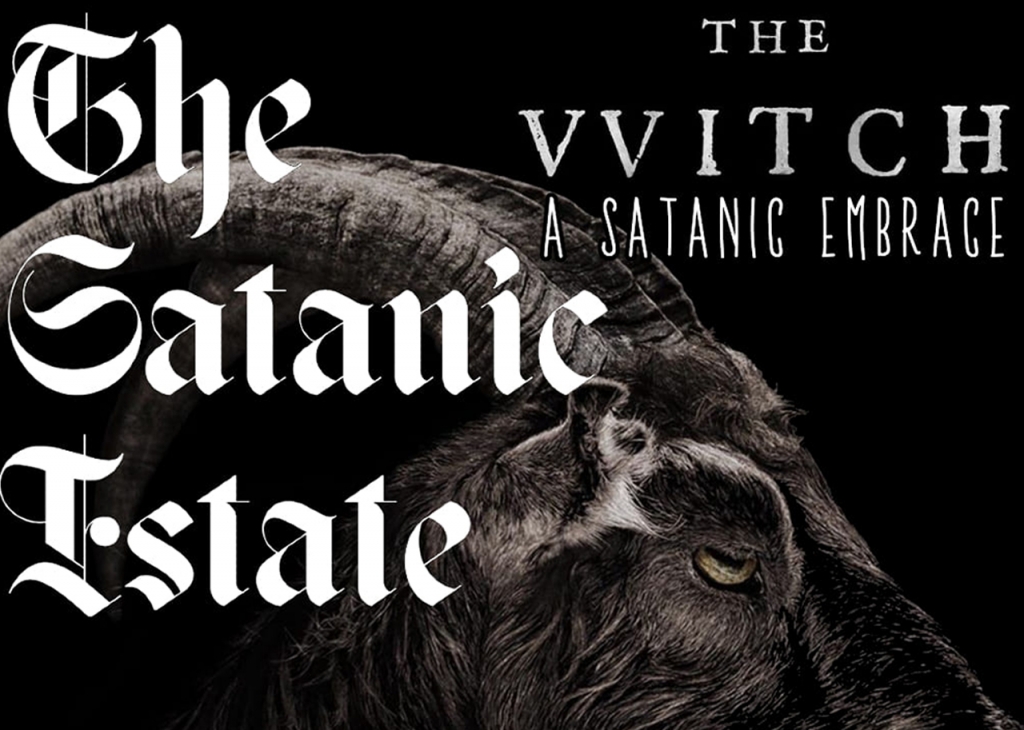 The Witch‘s rich story-telling, authenticity, portrayals of historical witchcraft, Puritanical idolatry, and strong feminist undertones, made this one of our favorite modern horror movies.

The Witch — our Sinister Rebel — is one of the oldest fighters against paternal domination with an important relationship to Satan. She will Reign & Hex the Patriarchy!

This is a rebroadcast of A SPECIAL LIVE PRESENTATION for The Satanic Estate in July 2021.

This is a special episode of I Spit On Your Podcast, a monthly horror podcast brought to you by the Spinsters of Horror! This is a time once a month when Jess puts down her knitting needles and Kelly steps away from the TV to discuss horror movies & other horror mediums with thoughtful analysis, research, and passion.