The Adventure in Movies crew is making the most out of Sundance, and they are discussing some of the famous fest’s diverse content this week.

EPISODE SUMMARY
The Sundance Film Festival is upon us, and we had a chance to check out some screenings. Along with features, Sundance also has shorts and episodic programs. This week, we look at a short horror film, a pilot for an episodic series, and a documentary. We also discuss an award-winning director, two iconic actors, and “Weird” Al Yankovic.

“Weird” Al Yankovic is an important piece of music history. If anyone deserves a biopic about their life, it is him. But should Daniel Radcliffe be the one to play him?

Plus, we talk about the possible pairing of Bong Joon-ho and Robert Pattinson. How is the former Twilight star like Nicolas Cage?

We wanted to get a full feel for this year’s Sundance Film Festival, so we decided to look at what the fest has to offer.

We start with a review of Huella. The horror short is about a woman whose grandmother has just passed away. Horror is known for being straightforward, but there have been some movies in the genre that have been more nuanced. Does that work in a short film? We also try to figure out what the Talking Heads have to do with it. 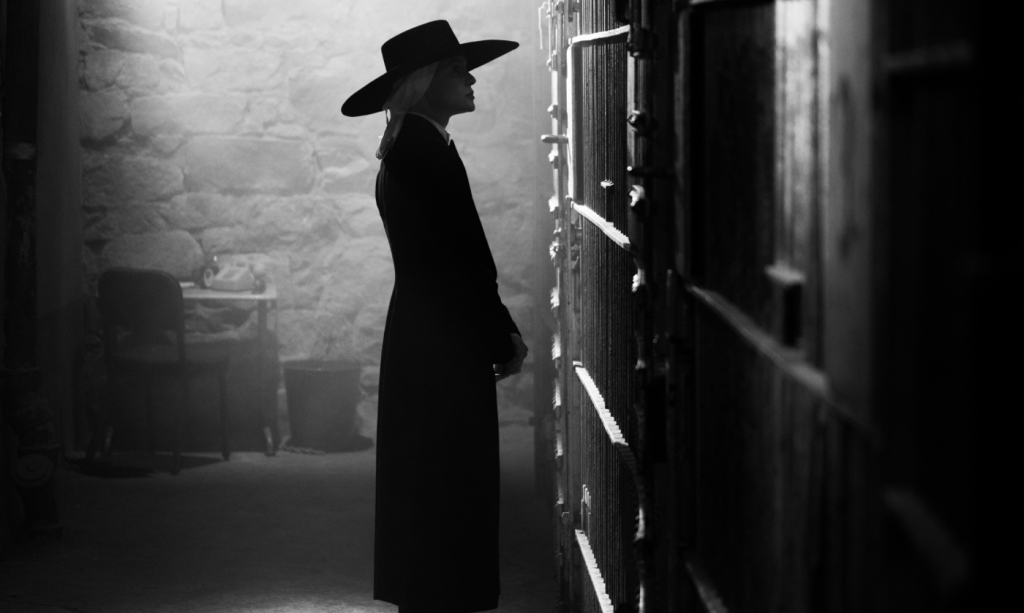 Bring on the Dancing Horses has nothing to do with Echo and the Bunnymen.

It is the tale of a female assassin who is working on completing a list of targets. We talk about the interesting pacing, what role music plays in it, and whether we would watch more episodes if and when they came available.

The show closes with a review of Riotsville, USA. The documentary is comprised of archival footage from the late 1960s. There are also no modern-day interviews. How well did this work?

We end by discussing how a documentary can be timely but still manage to miss the point.