Pandemics and Popcorn: 15 movies about deadly viruses and population-ending plagues to watch while you shelter in place and hope for a happy ending. 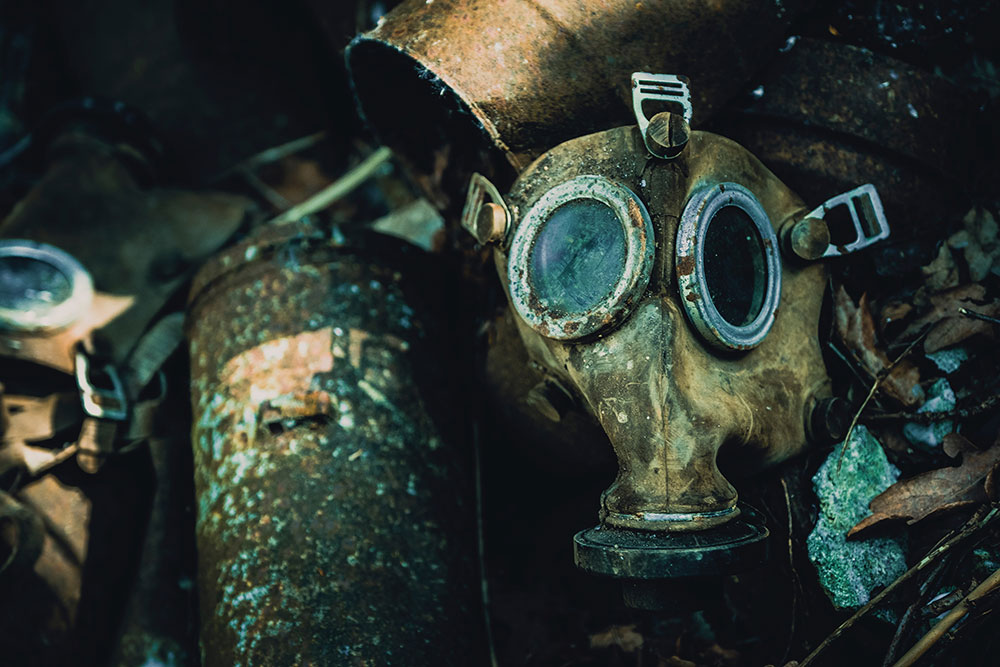 “Don’t wake me for the end of the world unless it has very good special effects.” – Roger Zelazny, Prince of Chaos

Imagine waking up with a slight cough and a fever. You crawl out of bed, drag yourself to the car and drive to the nearest store. There is nothing to worry about, right? Until you get to the wasteland that is store parking lot. Fights are breaking out, the shelves inside are all empty, and you sneeze! Everyone panics and all eyes are on you… you are the infected. You are the monster!

That is the evening news right now. We are living in a world held captive by COVID-19. The Cornavirus! Hell, it even sounds like a cheesy SyFy movie of the week: filled with celebrity cameos of those already infected (Hello, Mr. Hanks), over zealous extras (bye bye, toilet paper), and the buzz word that sends everyone into a panic (PANDEMIC).

COVID-19 is new; it can kill you and already has obliterated the kill count of all your favorite slashers combined. Whether or not you think the end is near or that is all just media hyped hysteria… you have to admit that it certainly has taken a hold of our daily lives.

Join us as we try to survive being shut off from humanity by reviewing our favorite DEADLY VIRUS films while we try desperately to tell ourselves, “It’s only a movie…” 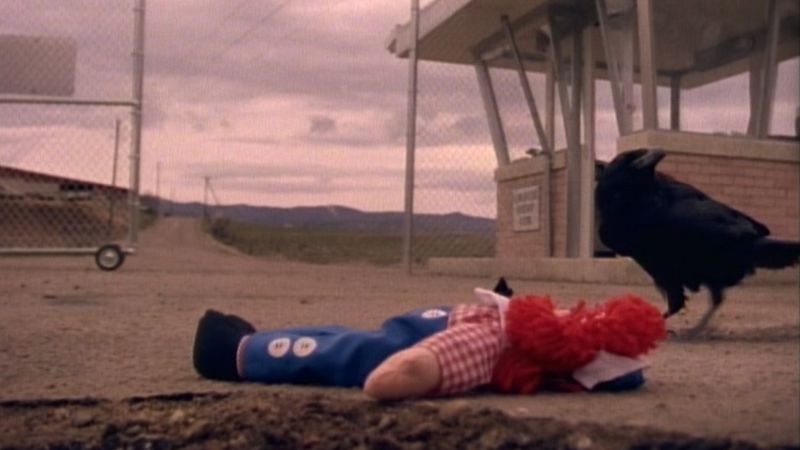 “That wasn’t any act of God. That was an act of pure human fuckery.”

The Stand was a 1994 mini series based on the Stephen King novel of the same name that premiered on ABC and scared the living hell out of me. My mother was always a huge King fan; his books practically littered my house growing up.  It was no shock that we sat around the TV to watch this film as a family. But 5 minutes in, as we see this long tracking shot of the dead in wake of a military mess up, my father announces (with a mouth full of lo mien), “The scary part is that this really could happen.”

I sat in front of that TV for the next four nights and watched what I could only describe as a documentary at that point. I was convinced the world was ending and that it wouldn’t be an asteroid like the dinosaurs or some extra dimensional being… it was going to be a sneeze that did us in. Thanks, pops!

The mini series was so well set up that I couldn’t turn away.  Each night focused on an ever-evolving story that seemed just as reasonable as my father’s statement. A virus comes, eradicates most of the world, and then survivors start sharing dreams. Some of them dream of an old black lady named Mother Abigail, while some dream of Randall Flagg. 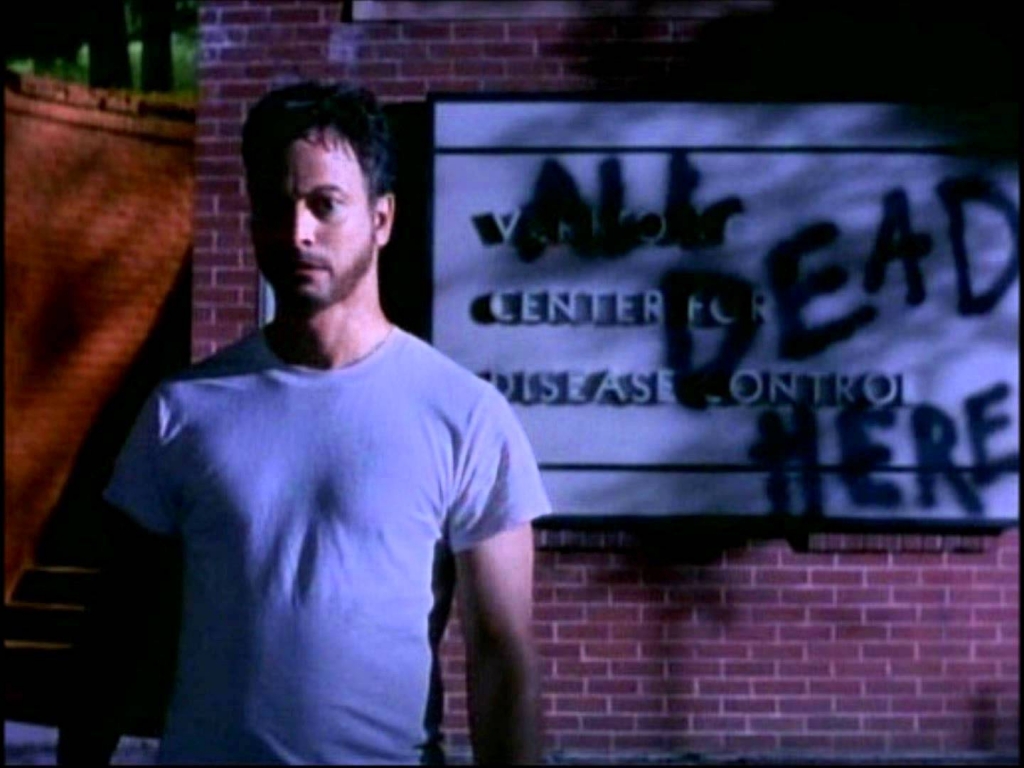 It’s at this point that I realize the true fear isn’t the sickness; it’s the evil that is within us all.

This Armageddon story is a very Christian-based one about the fight between God and the devil and the plight of their pawns. But it finds this universal voice in community.  To quote Rick Grimes: “We can all live together or die alone.”

While the Corona Virus doesn’t seem like it’s going to hit as hard as Captain Trips — and I’m positive that we aren’t all going to dream of Mother Abigail and The Dark Man — I think The Stand is the perfect film to mirror current events. Go watch it now!

RETURN OF THE LIVING DEAD 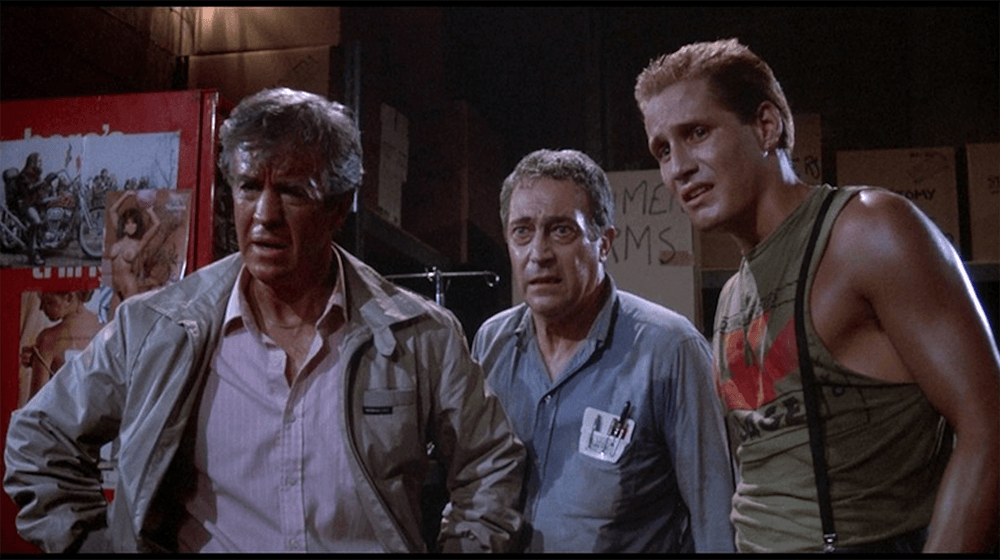 There’s no other disease more lethal than the one in the 1985 film Return of the Living Dead. In it, two warehouse workers, Freddy (Thom Mathews) and Burt (Clu Gulager),inadvertently unleash a dangerous chemical manufactured by the United States government, otherwise known as Trioxin. Although the movie is a horror comedy, it’s the nature of the Trioxin that adds another layer of interest to the film and makes the idea of these specific zombies pretty scary.

Trioxin re-animates all dead bodies, even bodies that have been bisected or embalmed. The corpses retain a fairly high amount of their intelligence; for example, in the infamous scene where a reanimated body fools police dispatch into sending more paramedics. Infection is not limited to dead flesh alone, and can spread to even healthy, living tissue, turning normally healthy human beings into flesh-hungry zombies. 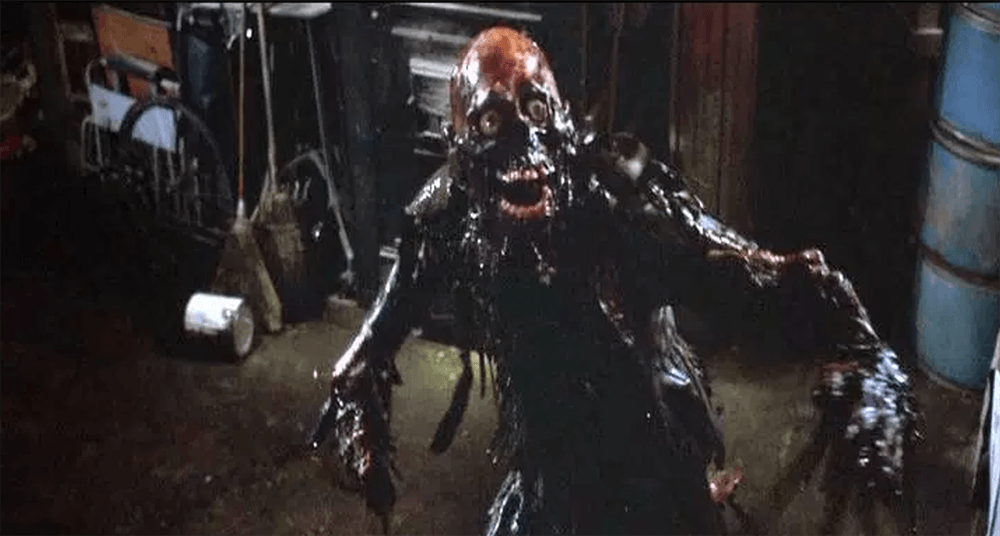 And, on top of all this, there’s no easy way to kill the zombies produced by Trioxin.

Headshots only work in the movies. The most effective way to get rid of these zombies are complete and total incineration. And when you do that, the Trioxin could potentially disperse into the air and infect those in the vicinity. In fact, that’s how the film ends; the trioxin released by the explosion of the quarantined area evaporates and intermingles with an oncoming storm, creating infected rain.

To reiterate: if you or someone you love has come into contact with Trioxin, stay calm. Do not burn infected bodies in open areas, and, as a precaution, do not open any mysterious vessels addressed to the United States government. Do, however, watch Return of the Living Dead while quarantine measures are in place. It’s a completely underrated outbreak movie with a great cast and even better zombies, and it’s streaming free on Tubi right now.