An American Vidiot Presents: “You’ve Never Had a Friend Like Me.” 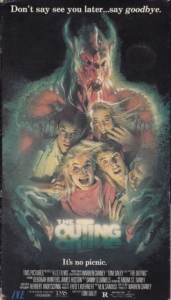 The Outing ( a.k.a The Lamp) was made in 1986 and originally released on VHS by a distributor called IVE. It was directed by Tom Daley (his one and only directorial credit) and stars Deborah Winters, James Huston, and Andra St. Ivanyi.

The movie is about a group of friends who sneak into a museum after hours. One of the friends, Alex Wallace, is the daughter of the museum curator. She comes into contact with an ancient artifact, a mysterious lamp that has been transferred to the museum for study, and she inadvertently releases a genie. 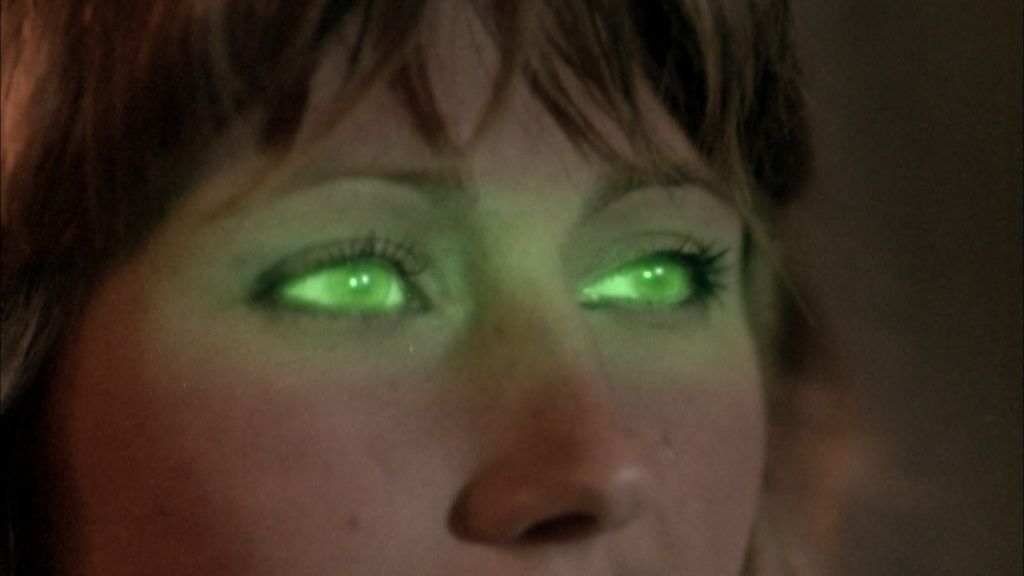 Unfortunately for her and her friends, this is not the lovable big blue kind of genie that likes to sing and crack jokes. A precursor to Wishmaster, this genie is an evil and sadistic djinn that starts killing off the teens one by bloody one, in an attempt to fulfill Alex’s ultimate wish.

This is easily one of my favorite horror movies from the ’80s. The Outing is great cheesy fun, and the perfect film to watch with some friends and enjoy the ridiculousness. It’s far from a great movie, but that’s sort of what I love about it. For the longest time, this was one of those ‘VHS only’ releases that had never enjoyed a DVD release. However, in July 2015, this film received a great double feature blu-ray release by Scream Factory, paired with the film The Godsend (1980).

For VHS fans like myself, the cover art for the original release is not the best and coolest around, but it’s still pretty great. It features these hand drawn characters (barely resembling the actual characters in the movie) looking scared and screaming because of the “terrifying” genie featured on the top of the cover. Which brings me to another subject… 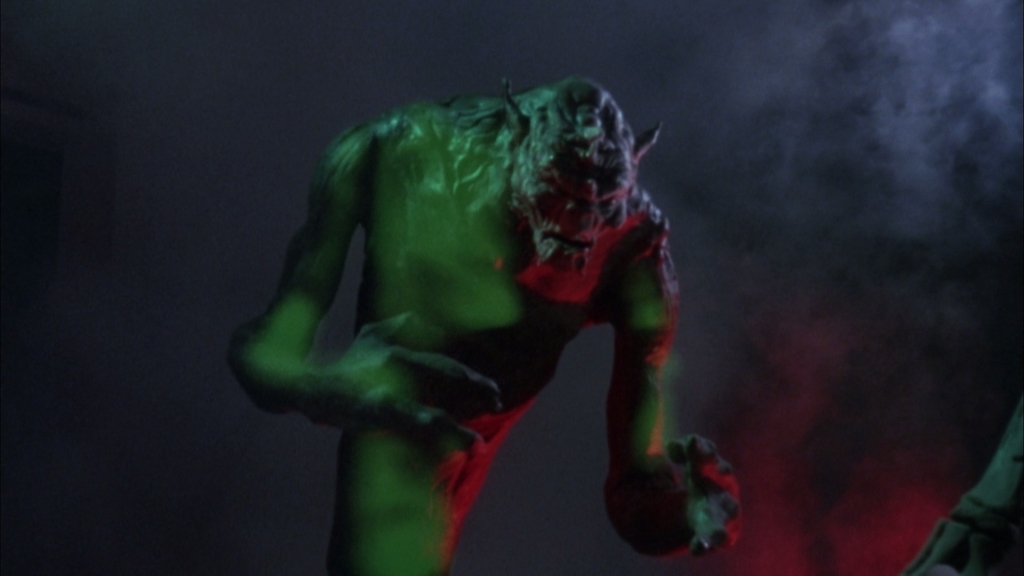 For pretty much the entire movie, the genie himself isn’t doing the killing. In fact, the only time we get to really see him in his full form is at the very end of the film. But we still get some pretty cool kills along the way and a decent body count. We even get an awesome opening scene involving some burglars, and I must say it definitely got me exited for the movie. While I don’t want to spoil the movie (even though there is not much to spoil), I will say some of the kills involve a head-chopping fan, a tub full of snakes, a killer mummy, a possessed pool, a invisible spear-wielding maniac, and so much more. So I think it goes without saying that this movie doesn’t shy away from new, unique, and fun kills.

Obviously this isn’t going to be a movie for everybody, but if you love movies like Chopping Mall, Waxwork, and C.H.U.D, then you’ll definitely love this one. I guarantee it!

While far from a “great” movie, it’s definitely a must see for any for any fan of 80s horror cheese. It’s got everything you could want, including nudity, a creative and sadistic genie, and teenagers getting killed in awesome fashion. So, I highly recommend you check it out. But beware…”It’s no picnic!”