October is a time of year when people love watching and experiencing horror — even those who don’t normally like the genre often get in on the scares. However, some people don’t enjoy the tension, the gore and the frightening imagery of scary movies, which is where horror-comedies can come into the picture. Most people are aware of mainstream horror-comedy movies like Shaun of the Dead, Cabin in the Woods, Zombieland and Scream. But if you’re looking to branch out, here’s a list of movies that are probably more palatable to a wide audience than typical Halloween fare.

1. Tucker and Dale vs Evil 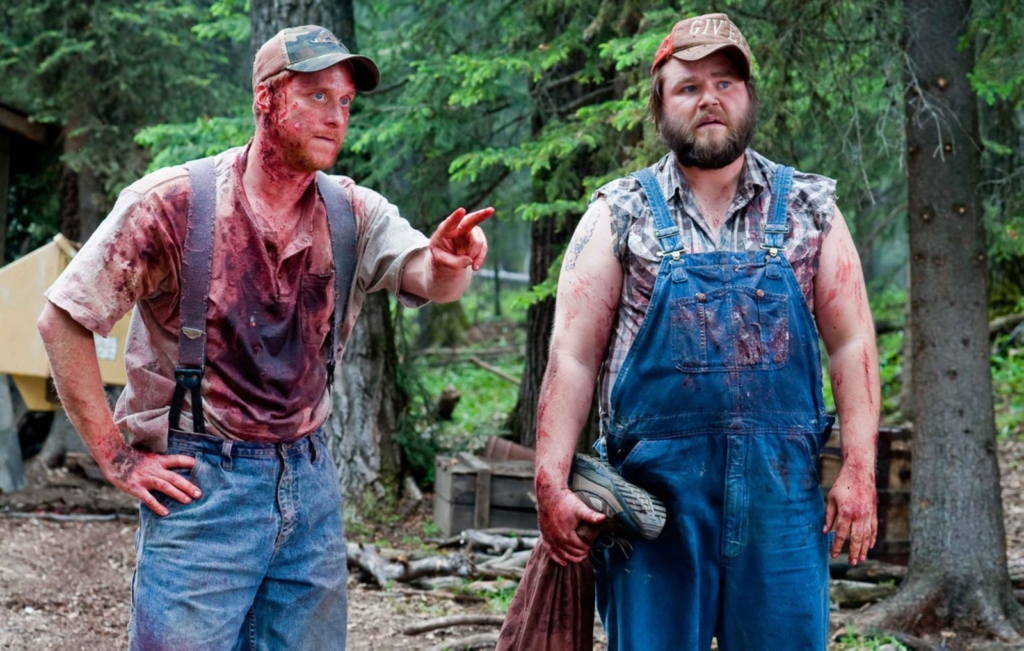 This movie is a lot of fun, because it inverts a lot of horror tropes and gives the audience a whole new perspective on backwoods slashers. Tucker (Alan Tudyk) and Dale (Tyler Labine) are best friends who might be described as rednecks. They go out to their remote new cabin to fix it up for vacations, and run into a group of college students on break. The college students, being familiar with horror films themselves, misread Tucker and Dale as homicidal maniacs, and what follows is an unbelievable series of events. This one can get pretty gory, but is much more focused on humor than terror. Also a plus: this one is available for streaming on Netflix in the U.S.!

This British film takes a unique approach to the comedic zombie film – the zombie outbreak in Doghouse affects only women. The male protagonists go on a trip together and find themselves fighting for their lives against a town full of female zombies out for blood. Because it’s a zombie film, certain scenes can be graphic, but the repertoire between the men and the lengths they must go to in order to survive provide plenty of laughs, assuming you like British humor. Anyone who enjoyed Shaun of the Dead will likely enjoy this movie too. 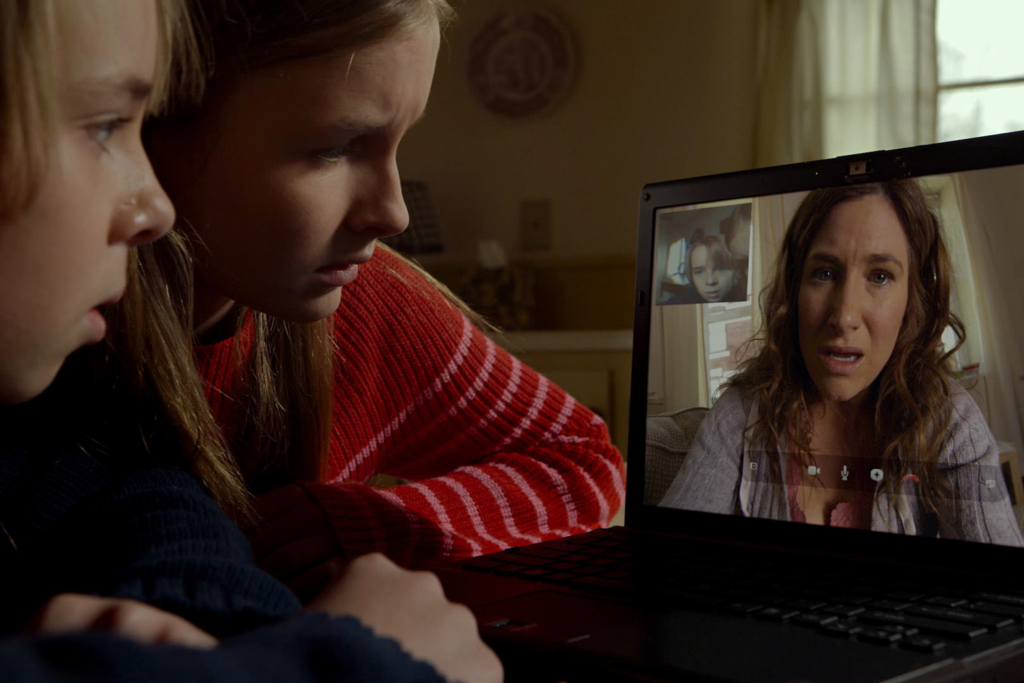 M. Night Shyamalan’s “comeback film,” as some refer to it, is an interesting horror-comedy because the comedy is never found within the horrific moments. Many of the films in this genre derive humor from the tense situations, inversions of clichés and even the deaths that occur in the films, but The Visit is different. The moments of terror in this movie truly are scary, which is why it might be a hard sell to those who don’t enjoy horror movies. However, these tense moments are also broken up by characters who know how to make an audience laugh and forget that they were scared just moments before, making this movie a sort of roller coaster ride. 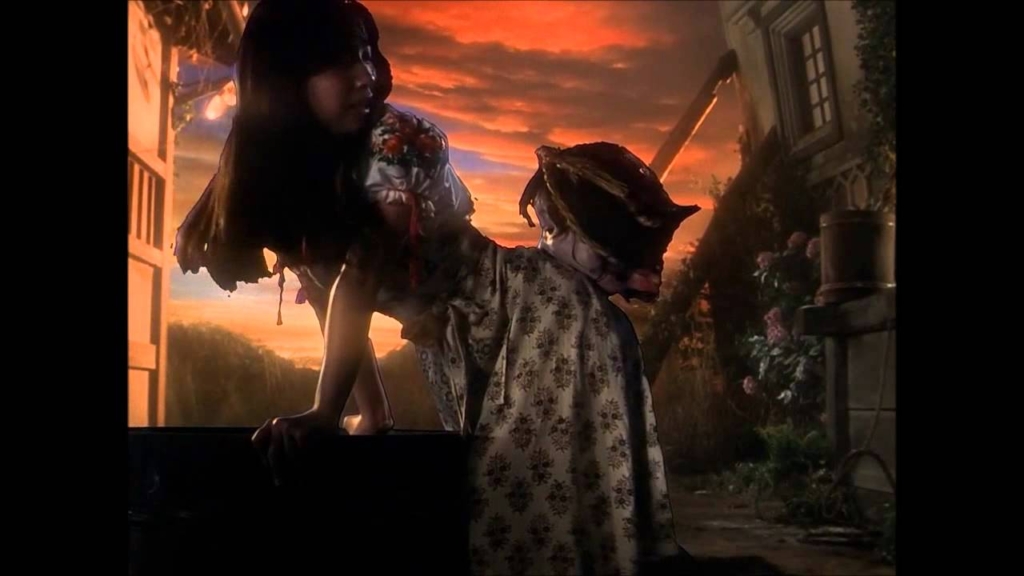 Hausu, also known as its translated title House in the U.S., is a Japanese horror-comedy from 1977. This film follows a group of schoolgirls who go to one classmate’s aunt’s house, only to find that it may not be a normal house. An almost-precursor to Monster House, this live-action film is wacky and unpredictable, so it’s not for everyone. It is a cult favorite that isn’t too spooky and doesn’t have a lot of gore, in contrast to many other horror-comedies. This is definitely a fun movie to watch with a group of friends as you question what’s going on. Note that there is an American horror-comedy from 1986 titled House as well, but they’re not quite the same.

Employing sci-fi and fantasy elements in addition to the horror and comedy genres, John Dies at the End is a Don Coscarelli film based on a novel of the same name. It centers around two best friends, Dave (Chase Williamson) and John (Rob Mayes), who get into trouble with a street drug that seemingly opens users up to different dimensions and new abilities. Like Hausu, this movie is a little more eccentric than many moviegoers might be used to, but its twisting narrative, which is sort of a story-within-a-story, keeps your attention and may even shock you. This is another film that can be streamed on Netflix U.S. if you are so inclined. 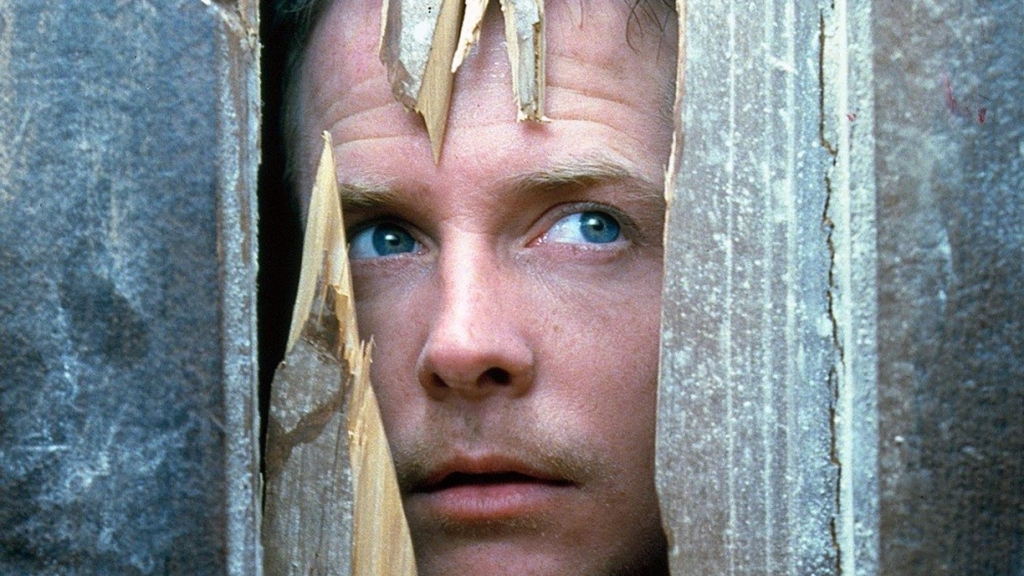 Starring Michael J. Fox and directed by Peter Jackson, this 1996 film may be the one of the most palatable horror-comedies for a wide audience. Frank Bannister (Fox) and his wife get into a car accident which kills her and leaves him with the ability to speak with the dead. At first, he uses his newfound abilities to con people, but soon realizes he’s dealing with some dark forces that maybe only he can stop from destroying everything. The plot is pretty straightforward and the tone of the movie is fairly light, but there are a few scares to be had in this one as well. 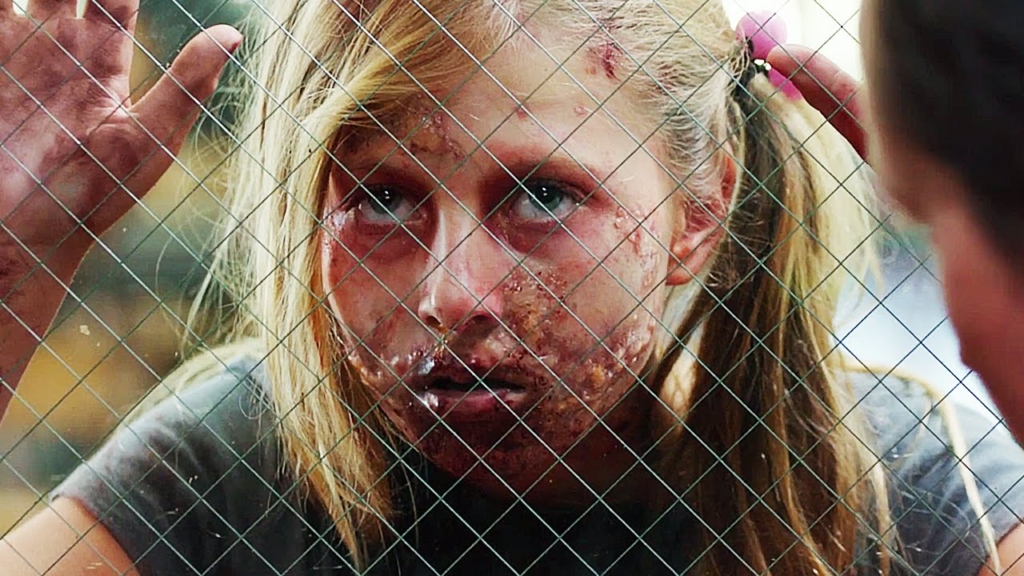 This film is a divisive one – despite its all-star cast, there were a lot of people who didn’t enjoy this movie. It does focus more heavily on comedy than horror but it also keeps a lot of gross-out and gory moments, which doesn’t suit everyone, but which also is not unusual for the genre. Cooties is about a zombie outbreak, but much like Doghouse, the protagonists find that the virus only infects certain populations. A group of teachers must survive in a school (and on a playground) filled with zombified children who are ready to attack. Elijah Wood, Alison Pill, Jorge Garcia, Rainn Wilson, Jack McBrayer and Nasim Pedrad are the most notable names in this movie, and much of the cast are most recognizable to those who love comedy. 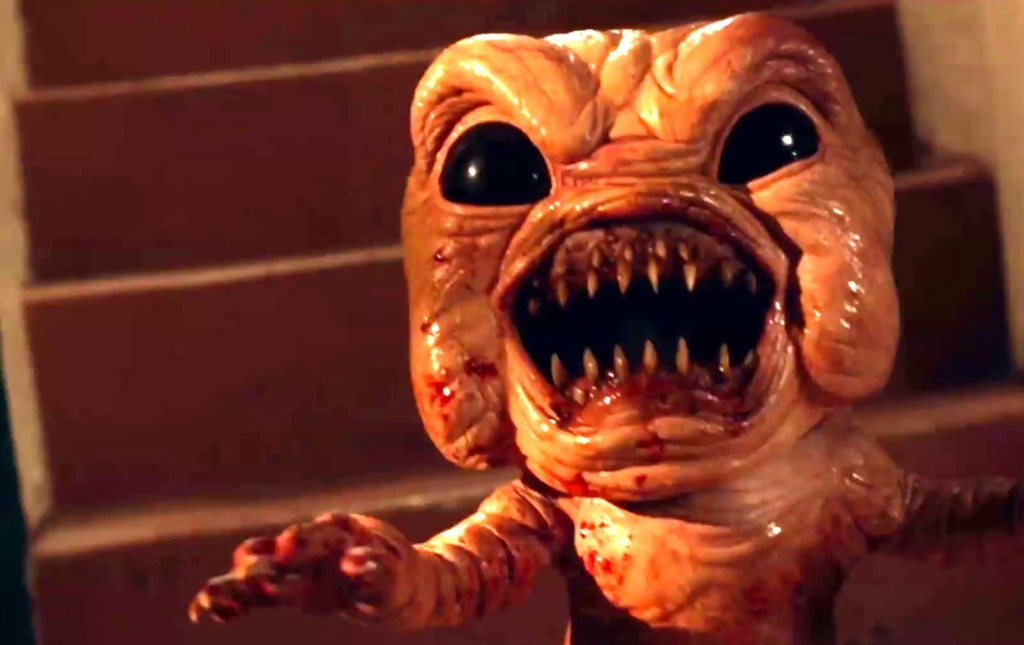 Ken Marino and Gillian Jacobs, both known for their comedic roles, star in this film about a man who finds out that his severe abdominal pain is caused by none other than a demonic creature that lives in his intestines. The movie is named after the creature, Milo, who exacts revenge on his host’s enemies by being pooped out (for lack of a better term) and killing those who have wronged Duncan (Marino). Because of its subject matter and oddball storyline, this could be another hard sell, but in the end it’s a more heartwarming story than you might expect to find after reading its synopsis. If you want to check it out, this one is also currently available to stream in the U.S. via Netflix. 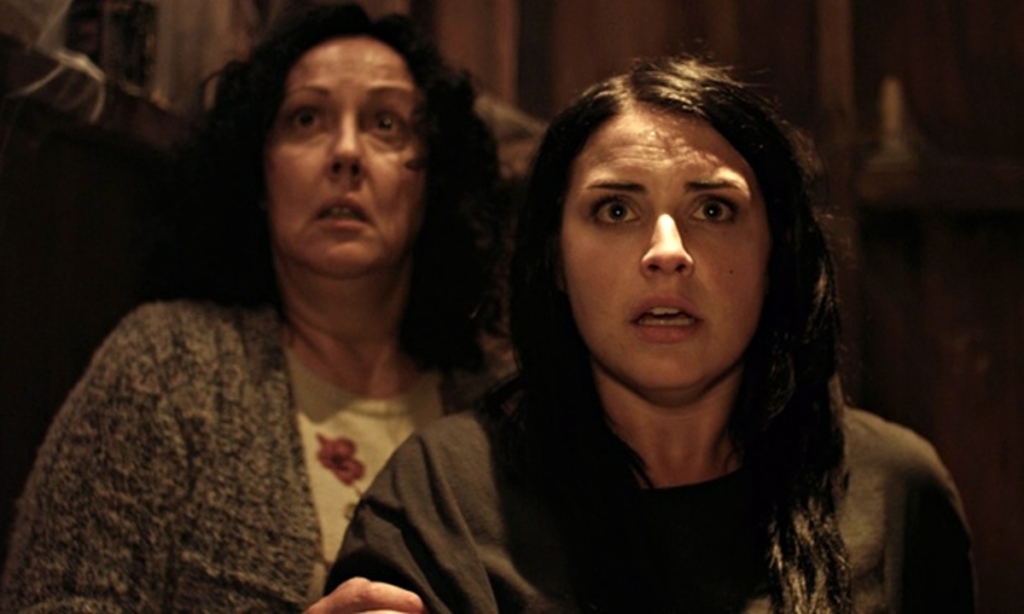 For those looking for a movie with very little gore, Housebound is a good option. It does have a lot of the same tension of a traditional horror movie, including some effective jump scare moments, but there aren’t blood and guts like you’d find in zombie or slasher flicks. This Australian film is about Kylie (Morgana O’Reilly), who is put on house arrest at her childhood home after committing a crime. Her mother believes there are supernatural forces in the home and, after a while, Kylie begins to have her own suspicions and finds that no one will believe her. The humor in this one is less evident and much drier than in most of the other horror-comedies, but it is enough to classify it separately from the horror genre. It is also the last of the movies on this list that can be streamed in the U.S. on Netflix, making it easy to find despite technically being a foreign film. 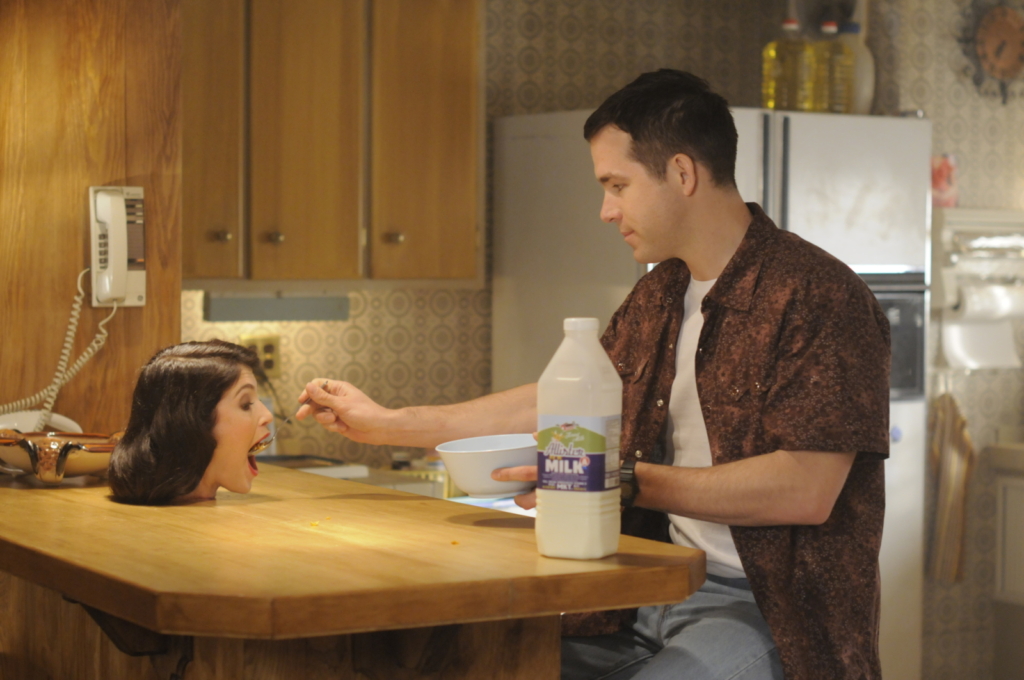 Another film that is heavy on gore, The Voices stars Ryan Reynolds as a seemingly boring but upbeat office worker named Jerry. The catch is that Jerry regularly has conversations with his dog, Bosco, and his cat, Mr. Whiskers, because he has delusions and hallucinations. This eventual leads to violence, but much of the film is seen from Jerry’s delusional perspective, so it’s hard to tell what is and isn’t real in this world. This is definitely a dark comedy, but it has a great cast: in addition to Reynolds, it features Jacki Weaver, Anna Kendrick and Gemma Arterton.