In honor of Black History Month, we watch and discuss many of the influential black horror films referenced in the documentary “Black Noire” on Shudder. 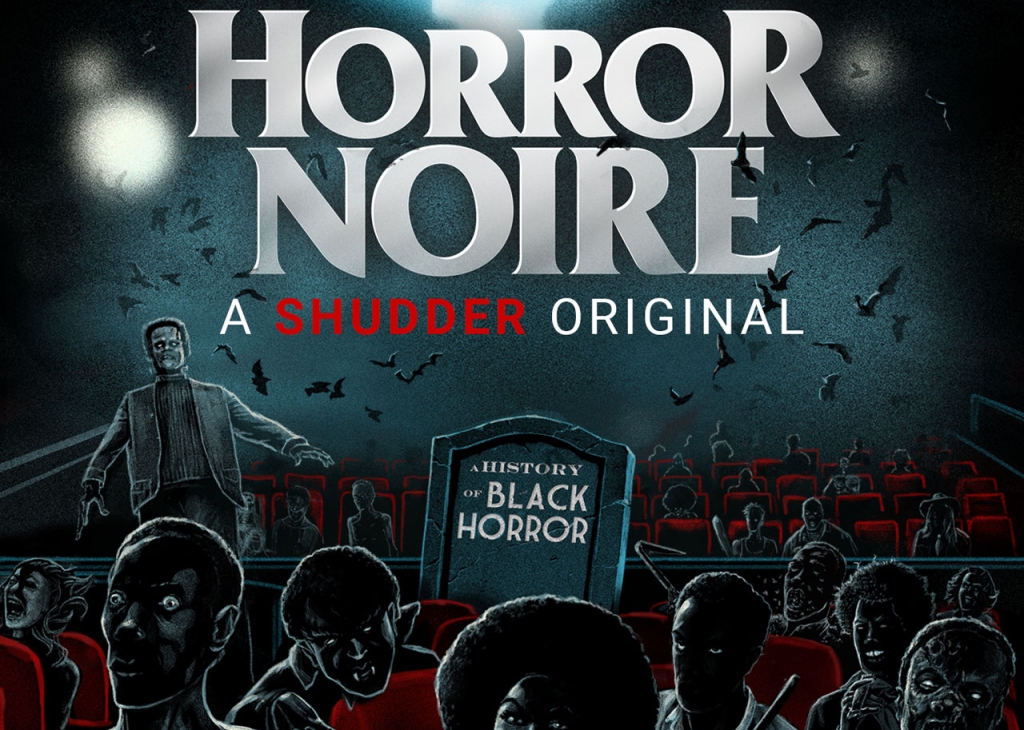 Horror Noire: A History of Black Horror (2019) is an exceptional Shudder original documentary (based on the 2011 book of the same name by Robin R. Means Coleman) that traces the history of Black representation in horror films — and their love for, and experiences in, the genre.

Directed by Xavier Burgin and written and produced by Ashlee Blackwell (Graveyard Shift Sisters) and Danielle Burrows, the film reflects on the influential Black horror films through the decades, from 1915 to the present, and discusses the trends and shifts in representation over the years. It’s both incredibly insightful and inspiring.

Inspired by a call to action on Twitter by Phil Nobile, Jr., the Editor-in-Chief for Fangoria and one of the Executive Producers of Horror Noire, the Morbidly Beautiful staff watched many of the Black horror films referenced in the documentary and recommended by Shudder (many for the first time).

On the heels of a history-making Oscars ceremony, in which the largest number of black actors ever were awarded the coveted gold statue and — for the first time ever — the majority of acting winners were people of color, we hope the following list will help you discover some of the great Black horror films from the past several decades.

Black History Month may be coming to an end, but these 13 films (and so many others) deserve your attention year-round. 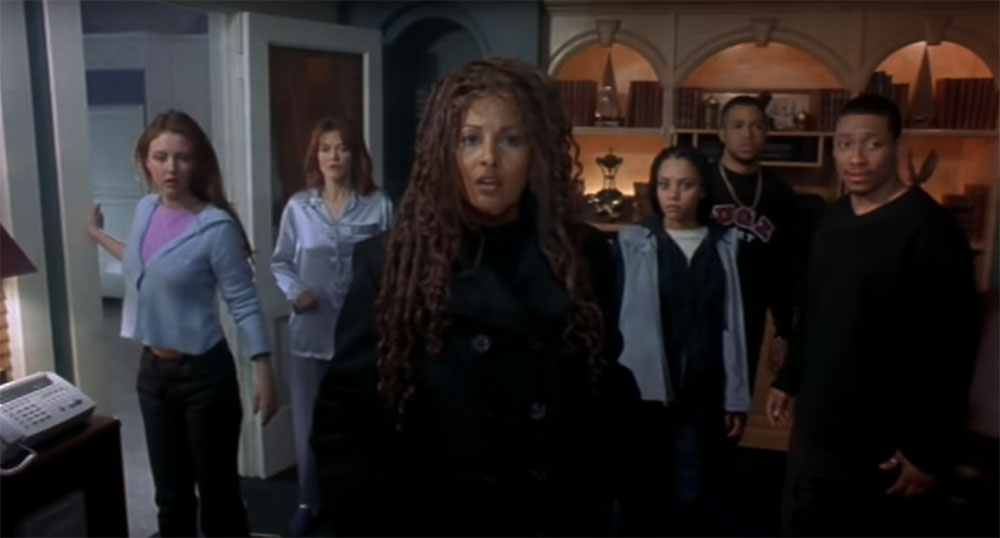 Snoop Dogg plays the titular BONES, a gambling hustler who nonetheless is kind to children and gives back to the poor but happy community in a rosy, sepia-toned callback to blacksploitation movie of the seventies. When Bones is murdered, he’s buried the basement of his gothicly beautiful house. 20 years later, young businessman Patrick (Khalil Kain) comes to the neighborhood, having bought Bones’ house with the hopes of turning it into a club. Despite the warnings of the neighborhood, and particularly the neighborhood psychic Pearl (Pam Grier), lines are crossed, doors are opened, and Bones is unleashed. Patrick and his friends must find a way to exorcise Bones as Bones takes his revenge on all those who wronged him-including Patrick’s father.

BONES is a quintessential movie of the new millennium.

It’s got that sleek early 2000s look — and it’s a silly mess filled with attractive young people in a haunted house. That alone makes it utterly watchable. The subplot of the unnamed poor community, Patrick’s idea to invest in it versus his father, and Jeremiah’s instinct to run as far as he can adds some interesting moments — bringing up socioeconomic issues across generations. It’s telling that Jeremiah, in moving to a better neighborhood, married a white woman. 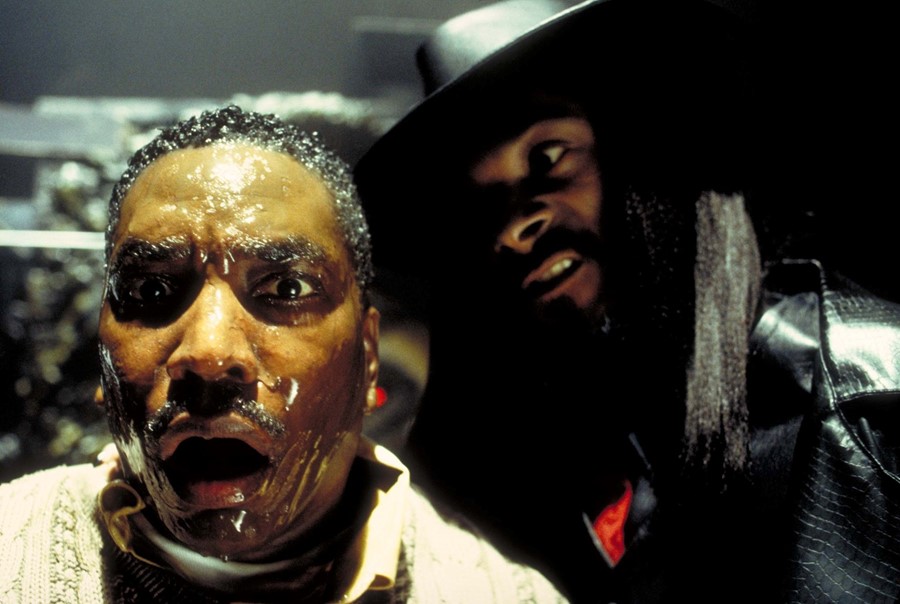 Unfortunately, this story is blended with another, one of Bones himself and his rise and fall in the over-idealized seventies. Jimmy is the benevolent savior to his community in sequences that are cringingly facile. His story fights for prominence with Patrick’s, and the end result is a mishmash of shifting tones and uninspired gore. The story beats seem stitched together, and the special effects are lacking. Even Pam Grier, usually a standout, is wasted in this movie. The sad part about BONES is that there is a place for both films — that of the haunted club and that of the doomed hustler — and I would have watched both of them. But that unholy Frankenstein of a script…

With the Oscars seemingly working hard to change its unfortunate #OscarsSoWhite image, hopefully we’re finally getting to a place where we can include African-American actors in horror roles that are more inclusive than the pimp, the best friend, the sacrificial lamb, or the wise old man. The fact that BONES is one of the few African-American-led horror films of the 2000s is a deeply sobering thought. Horror films are for everyone, and it’s time that horror began to reflect so many of its fans.

Despite the film’s shortcomings and its lackluster reception upon release, BONES is a classic representation of contemporary Black horror that pays loving homage to the blaxploitation films of the 1970s. Even if it’s not perfect, it’s an important film in the pantheon of Black horror and is worth checking out — and you can find it streaming now on Shudder. 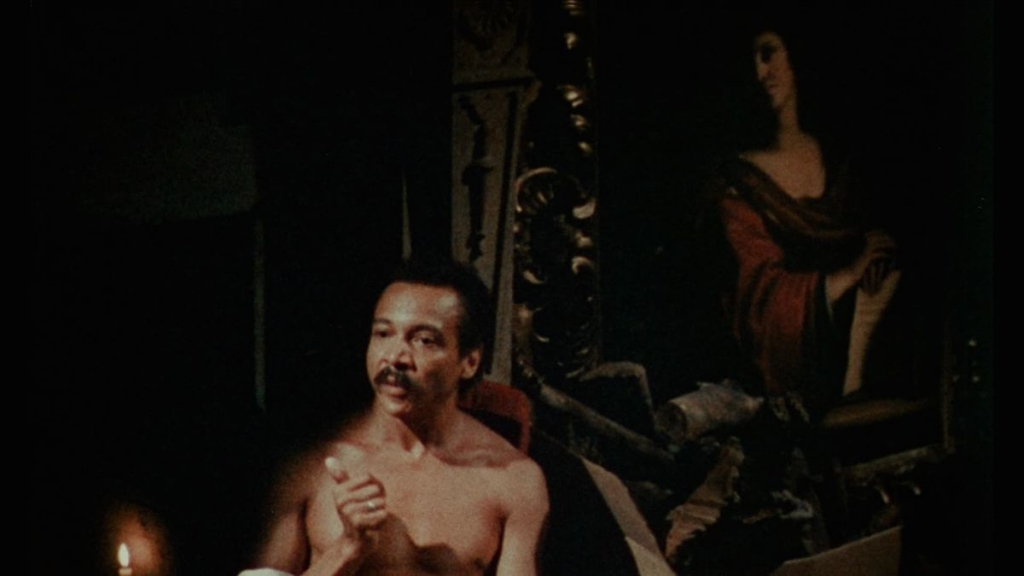 As Shudder’s Horror Noire celebrates the overlooked history of black genre cinema, a tragic subtext builds with every mention of movies lost and forgotten — if these works weren’t buried, what would horror look like now?  None of them quite like Ganja & Hess, often relegated to a single line of trivia — the only movie Duane Jones ever starred in besides Night of the Living Dead. And, until recently, good luck finding it.

As an actor, playwright, novelist, and filmmaker, Bill Gunn faced the same resistance from four different directions. When some enterprising producers enlisted him to make a black vampire movie, they wanted something that could ride the Blaxploitation wave alongside Blacula and its sequel (both covered in Horror Noire). When those producers got a nakedly personal allegory for addiction, constructed in a singularly disjointed style that borders on f