These talented musicians once gave the world of horror acting a chance, and many scored big hits at the box office as well as the billboard charts.

Hello Ghoulies and Goblins. My name is Miss J, and my Anaconda don’t want none unless you got a big horror collection, Hun. A few weeks ago I did a Top Ten list of Rock stars involved in horror movies. So for this week I’ve decided to do a top ten for musicians in the Pop, R&B, and Hip Hop genres.

Now sit back and enjoy this list that is full of nostalgia. And if you are a millennial, get ready to be schooled on some of the best musicians to grace us with their presence in a horror film. 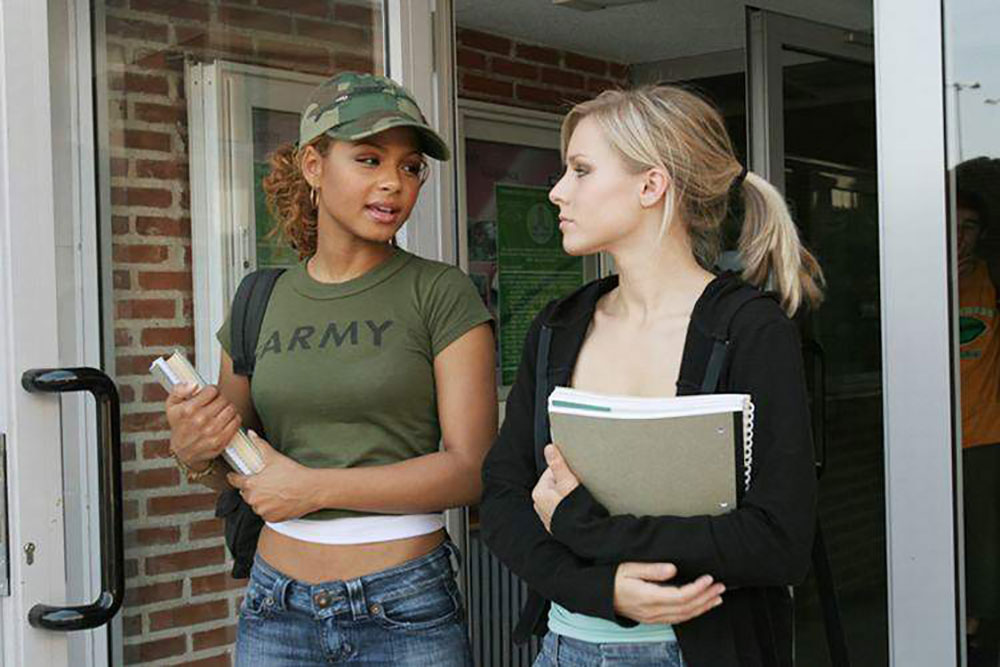 If you don’t recognize this beauty, just know she was the Rihanna of the 2000s. She released hit after hit and even had a career as an actress. While she did more chick flicks than anything, she did cross over to the horror genre to star alongside Kristen Bell and Ian Somerhalder in this 2006 flick.

Christina said in an interview that watching Kristen act was memorizing, and she got to spend a lot of time with her and the cast while filming in Romania for 12 weeks. She admitted to being a fan of the horror genre and that her biggest fear is of clowns thanks to Mr. Curry’s performance in the 1990 version of Stephen King’s It. Christina has been a bit MIA when it comes to the Hollywood scene, but her music is still as sexy as ever.

Brandy was a major star in the late 90s and landing a role next to Jennifer Love Hewitt and Freddie Prinze Jr, was a huge score, even if it was just a sequel. I’ll Always Know What You Did Last Summer (2006) was supposed to reunite the cast together, but the script was changed and they were left out of the film.

The character Karla Wilson was intended to be a caucasian girl, but when Brandy auditioned for the role she won it on the spot. Brandy didn’t have a big acting career, but she was the first African American to play the titular role in the television adaptation of Cinderella — making her part of cinematic history. 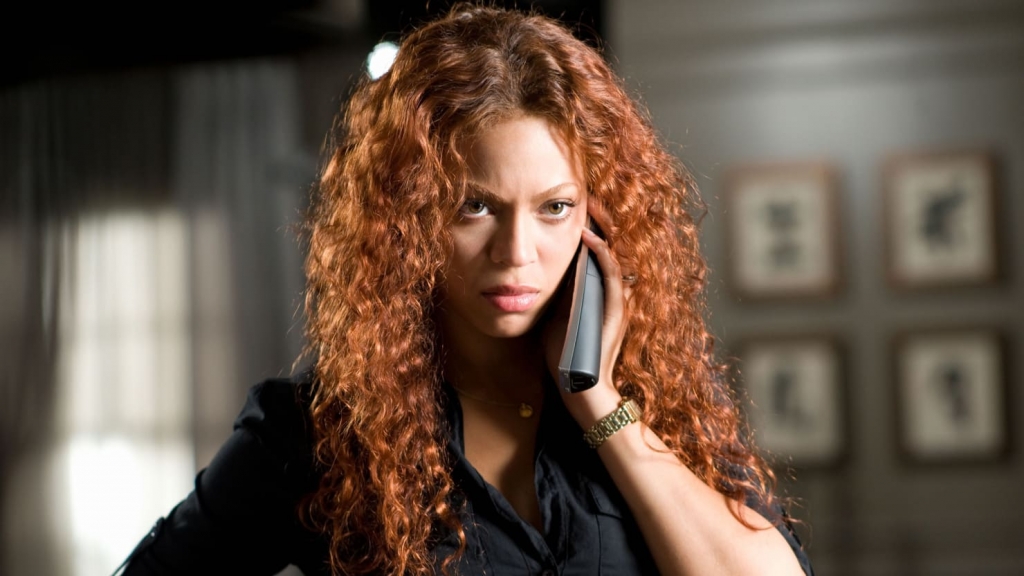 Who would have ever thought that Queen Bey would be in a horror movie? Well, it was more of a thriller than horror, but it’s a subcategory to the horror genre. Therefore, it most certainly belongs on this list. And just between us ghoulfriends, we all are afraid of a gorgeous creature like Ali Larter snatching up our man; we’d also kick her ass like Beyonce did!

This is the first movie that Beyonce did without singing on screen, but she did release a single for the ending credits. Despite the character being so far from what she is accustomed to, she took on the role because she loved the fact that her character Sharon saves herself and doesn’t rely on her husband to come save the day. Beyonce also did her own stunts, which is unusual for such an A-List celebrity. She was covered in bruises and cuts from her intense fight scene with her co-star Ali Larter, but she insisted on being dedicated to her character — and she was one tough lady. 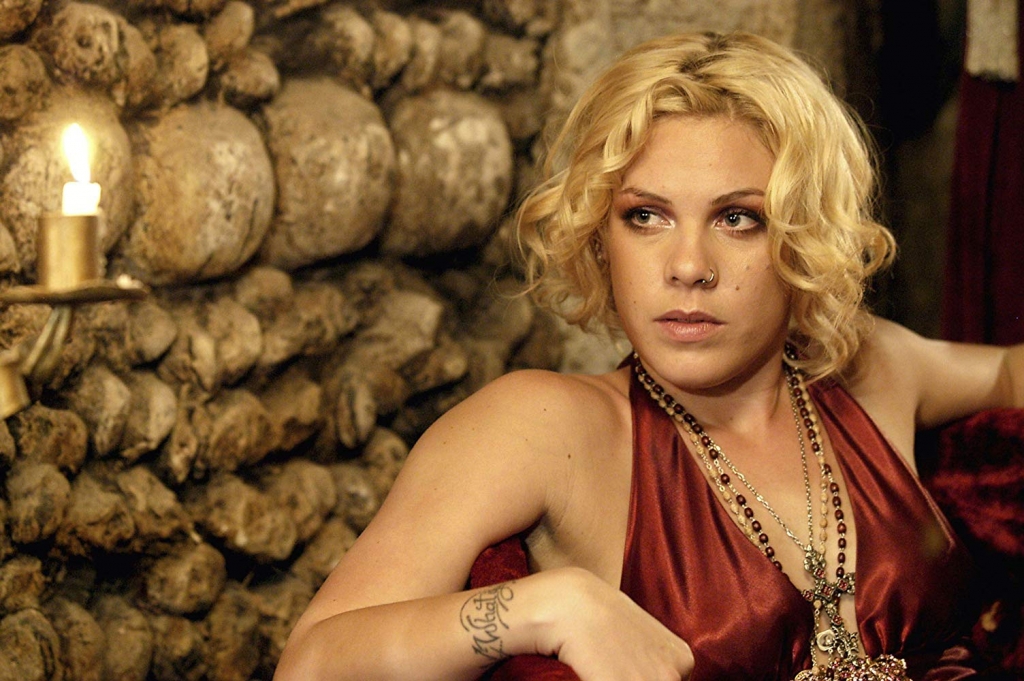 Pink (stylized as P!nk) is probably one of the biggest Pop stars in the world. Her albums have consistently been big winners on the charts, one after the other. Unfortunately for Alecia Moore (her real name), her horror film acting debut wasn’t as much of hit, as this was one of the worst horror movies to come out. What could have been an amazing idea for a horror movie ended up failing to deliver.

The catacombs is in Paris, but the film was shot in Bucharest, Romania, and the entire catacombs was built on a soundstage. Pink plays the sister of the unfortunate character who gets lost in the catacombs and is chased by an unknown killer. Pink looks amazing in this film, and her performance as an actress is quite enjoyable; it’s just too bad that not many people know about this film… or can make it through without turning it off due to boredom. 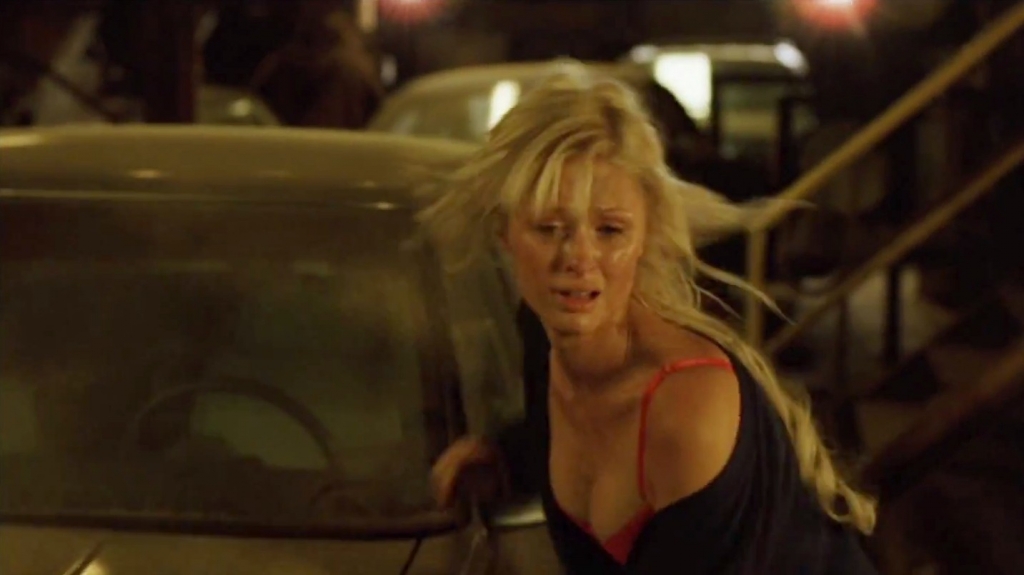 Paris Hilton is the Queen of Hollywood, even though those evil Kardashians came and tried to dethrone her; the difference between Paris and them is she actually has talent and is not only an actress but also a singer/DJ. She surprised all of us with her performance in the remake of House of Wax and has one of the coolest death scenes of all time.

Paris was a little embarrassed by being the scream queen in the film and had everyone scream along with her to lift her confidence in her performance. Despite the fact that it spoils a bit of the movie, the movie company allowed Paris Hilton to make t-shirts and signs that said “Come watch Paris Hilton Die!” A Lot of viewers were excited to see the heiress get hacked on the big screen. and her death definitely had us saying, “That’s hot!” 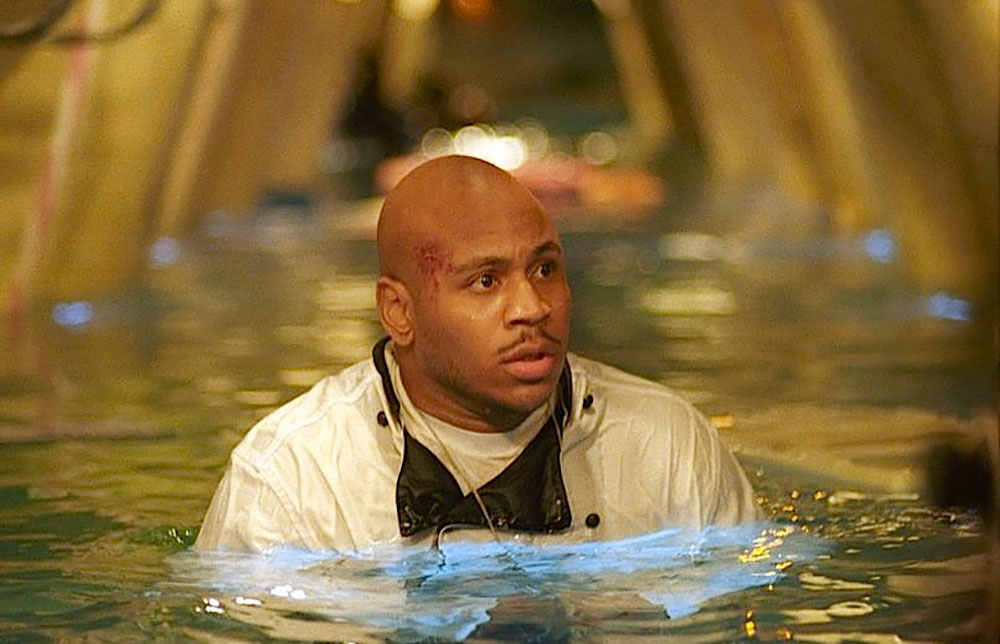 LL Cool J is one hot rapper and was considered one of the best in the 80s. In this 90s horror film, he plays a chef who works at a research facility that is experimenting on sharks. Oh, and it just so happens to be located in the middle of the ocean and basically all under water. LL might play a chef, but he becomes a real shark killer in this film when the facility he works at suddenly becomes filled with water and sharks. Did you ever think you’d see a gorgeous man fighting off a shark in the middle of his kitchen?

LL got to not only act in the film, but he also created a song called, “Deepest Bluest” for the end credits. LL didn’t stop at this film when it came to his horror career. He was also in Mindhunters and Halloween H20. You can see him now as the host for Lip Sync battle; he has unfortunately retired from battling sharks.

Resident Evil is one of the biggest zombie movie franchises, and it was guaranteed to have some big stars appearing in the series. It was a big surprise to see the Queen of R&B show up in the third installment. Ashanti had a big career as a singer for Murder Inc records, and she’s had many hits on the Billboard charts.

In this film she plays Betty, a nurse who drives one badass ambulance and kills zombies along the way. In the film there’s a scene where all the crows are infected and attack the group of survivors, and this was a nod towards Alfred Hitchcock’s The Birds. Her co-star and love interest in the film, Mike Epps, had nothing but nice things to say about Ashanti, noting she fit right in with the cast. 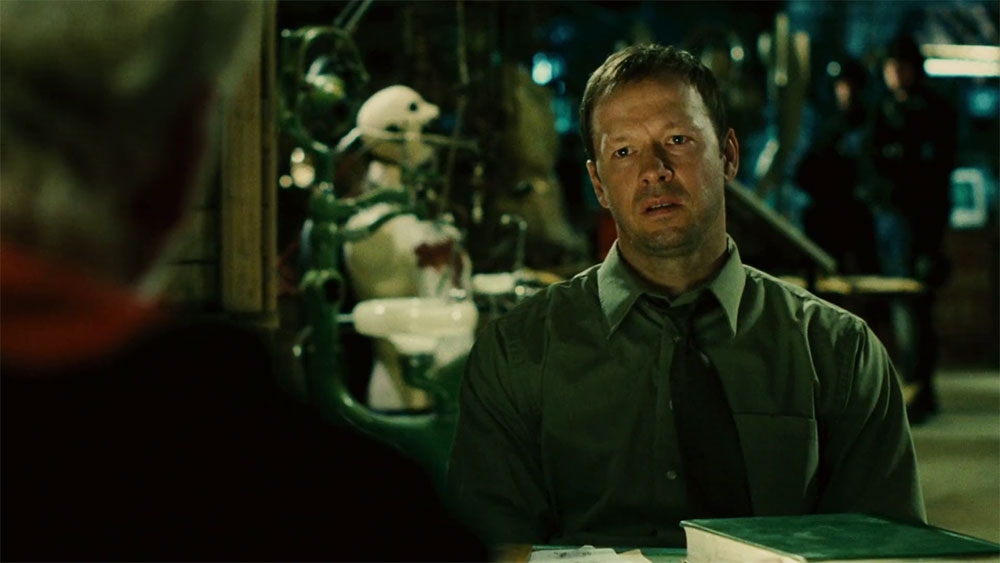 Donnie is not a stranger to the horror genre, having nailed roles in The Sixth Sense, Dreamcatcher and Dead Silence (where he plays another detective). Donnie also comes back to the Saw series in film number six after viewers had believed he was dead. Donnie was extremely excited to be part of the <em