“The Brain Eaters” is an independently made atomic age horror film, and if you look hard enough you might even catch a cameo by sci-fi legend Leonard Nimoy. 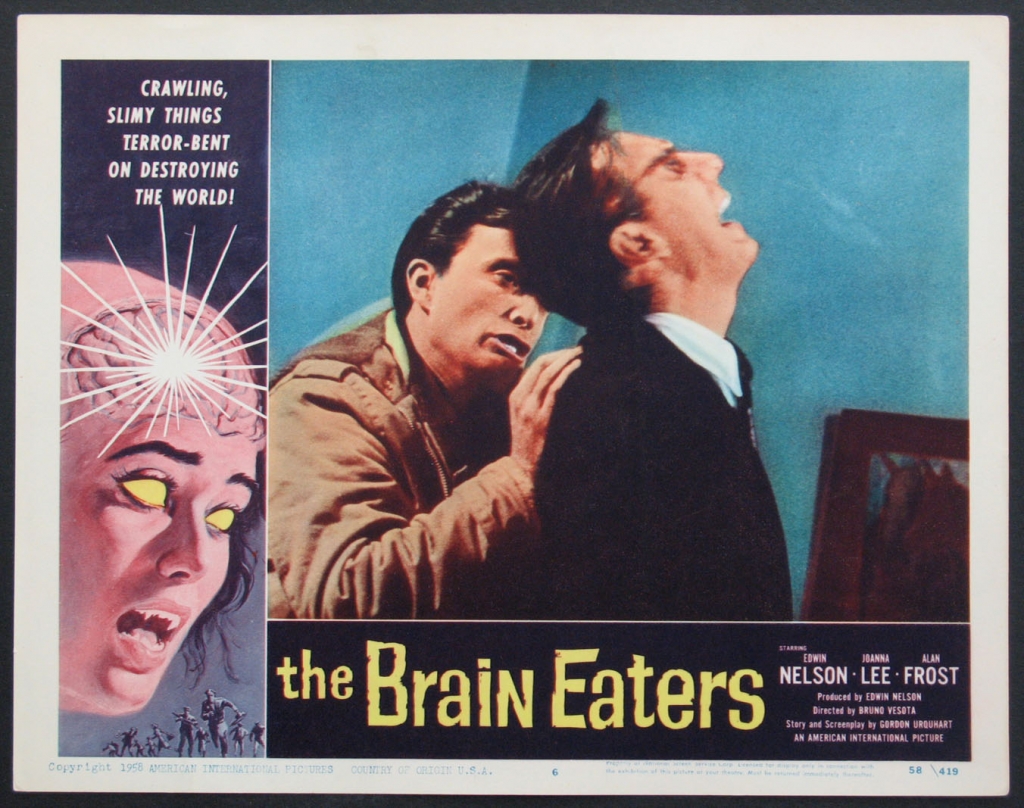 The poster art for 1958’s The Brain Eaters is absolutely amazing, but also, full of deceit. It depicts a woman with bright yellow eyes and vampire teeth, a solar flare lighting up the top of her head with her brain visible. The tag line for the film is: “Crawling, Slimy things terror bent on destroying the world!”

First off, the “crawling, slimy things” are little black caterpillars that only show up in the second half of the film, and they are not at all as amazing or as terrifying as the movie poster would lead you to believe.  Second, there is no wild eyed vampire woman to be terrified of — just angry Western Union employees and a creepy guy with a glowing crystal ball.

As with most Atomic Age Horrors, the story is very procedural. 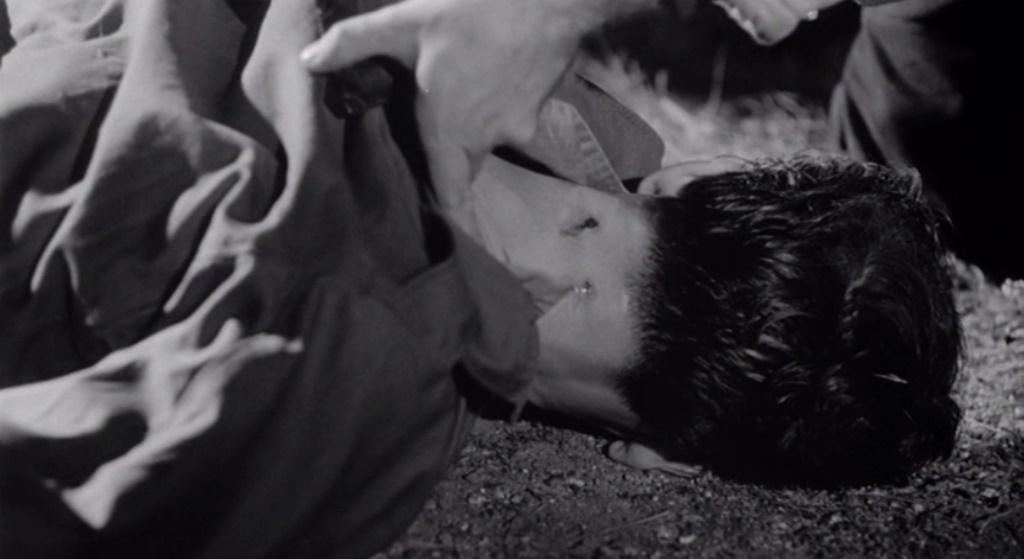 There is a mysterious object. In this case, it’s a 50 foot tall metal cylinder in the woods that also happens to be 50 foot in diameter. A team of experts from the military have been deployed to middle-of-nowhere Illinois to investigate. To complicate matters, there has been a rash of mysterious murders in the area. But of course, no one thinks these could be linked to the mysterious chrome cone in the woods. How wrong they are.

Turns out, the mysterious deaths are caused by these two dudes running around the town in the middle of the night with a glowing crystal ball filled with little black caterpillars that attach to the back of their victims’ necks and gain control of their bodies.  First, they latch onto the mayor, who then tries to kill himself. Their next victim is a cop, who the pair beat up in the woods. It’s honestly not the smartest plan because, according to the army doctor who discovers the little caterpillars, the victim will die in 24-48 hours anyhow.

The army doctor, his girlfriend, and a senator attempt to warn Washington, DC, of an alien invasion. But the guy with the crystal ball unleashes the caterpillars on the switchboard operator and everyone who works at Western Union.

The bit with the switchboard operator is actually pretty hilarious.  The doctor picks up the phone and demands, “Operator, give me Washington,” and she responds in a monotone brainwashed way, “I’m sorry, but your call cannot be completed at this time.”  I don’t know why, but it just made me laugh out loud.

As the story progresses, everything just kind of breaks down. 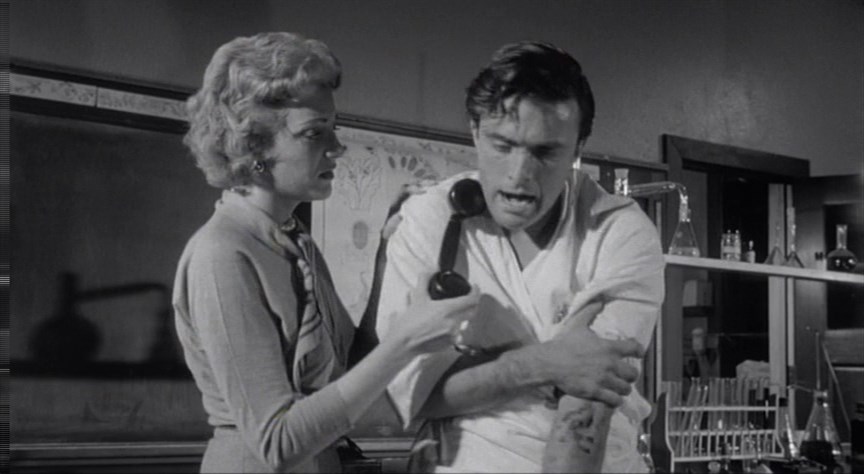 The doctor’s girlfriend gets possessed, along with another scientist who mutters something about the “Carboniferous” time period w— some geological time when Earth was still in Pangea. This gives the doctor the bright idea of climbing into the chrome cylinder, where he finds a creepy old man just sitting there, waiting. Apparently, this old man is Leonard Nimoy in disguise. In fact, he is so much in disguise that they actually misspell his name in the credits.

He gives a bunch of exposition explaining that the caterpillars are coming from the earth’s core to destroy mankind.  Everyone is then either shot or electrocuted before the credits roll in typical, happy, 1950’s fashion.

I love Atomic Age Horror, but all of it seems to be a mess. When I watch a film from this time era, I cannot help but think two things.  First, our understanding of science in 1950 was terrible. Second, every film seems ripe for a MST3K parody. In the case of The Brain Eaters, the science is indeed terrible. Unfortunately, it surprisingly never received the MST3K treatment — thought I wish it would.

Sure, it’s silly and nonsensical. But if you love ridiculous Atomic Age Horror as much as I do, you should get a kick out of The Brain Eaters, now streaming on Tubi.