Despite a far-fetched plot, “The Dark Red” manages to feel personal and believable, anchored in large part by a stellar performance from the female lead. 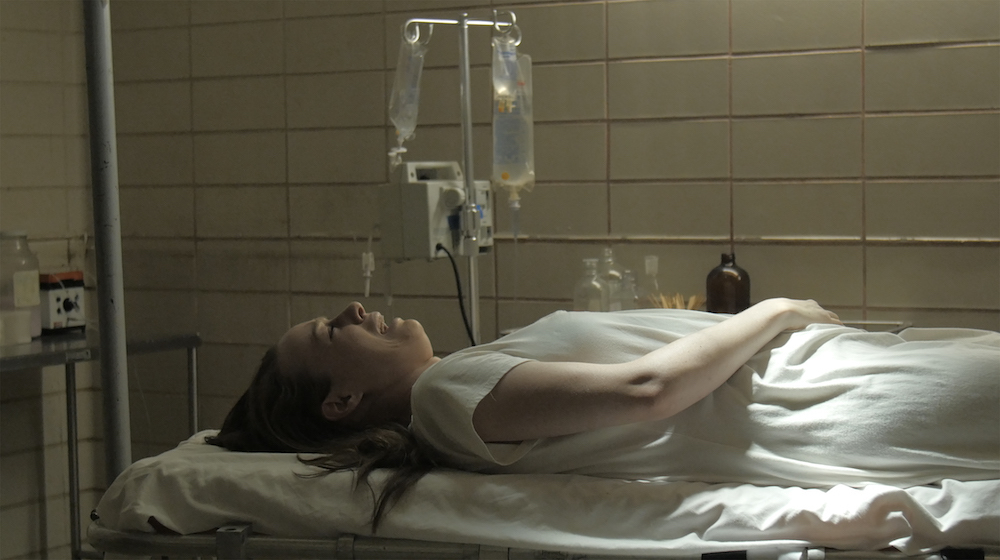 The Dark Red premiered in 2018 at the Austin Film Festival, but it wasn’t widely released until March of this year.

We’re introduced to Sybil Warren (April Billingsley), a withdrawn and paranoid schizophrenic patient receiving treatment in a mental hospital. Starting with a short flashback to the traumatizing childhood incident that ostensibly spawned her mental illness, Sybil’s story is slowly unveiled as she recounts to her psychiatrist (Kelsey Scott) the events that resulted in her current institutionalization.

Sybil describes how she met a charming man named David (played by co-writer Conal Byrne) and got pregnant on the night of her mother’s funeral. She goes on to make the dubious claim that in her final month of pregnancy she was drugged, kidnapped, and forced to undergo a cesarean section.

She alleges that her captors stole her baby to use its blood in their nefarious cult rituals, and that she barely escaped with her life.

She also insists that she has telepathic powers, which allow her to enter a realm “like a pool filled with red water” where she can see people’s thoughts. Not surprisingly her story is dismissed as a paranoid delusion, a mere psychological protective mechanism to help her cope with the stillbirth of her son.

But Sybil soon comes to realize that she doesn’t need to be believed…what she needs is to find her son and exact her revenge.

The film has a lot going on, and is divided into about 4 or 5 distinct parts. 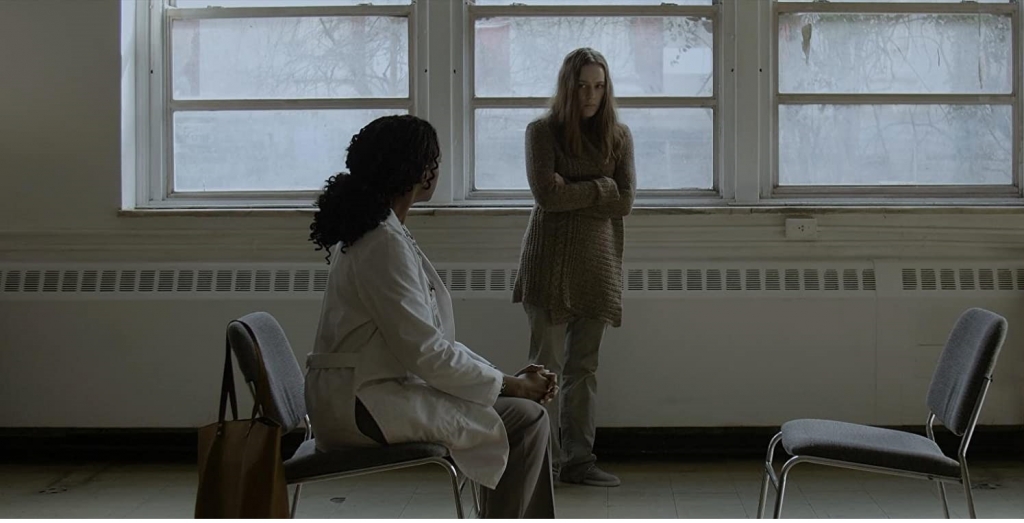 The scenes in the psych ward are slow and moody, with a lot of focus on clever (though sometimes longwinded) dialogue.

The flashbacks to Sybil’s romance with David unfold like a mediocre Hallmark drama, and are arguably the weakest part of the film. In contrast, the flashbacks to her fateful encounter with the blood cult are fantastic and quintessential horror, and it’s in this realm that Billingsley is finally able to show us what she’s made of.

Finally, the revenge plot takes hold — a little cheesy at first with its Rocky Balboa-style training montage — ultimately paying off as one of the highlights of the film.

It’s refreshing to see a female protagonist who is relatable, vulnerable, but also smart as a whip.

Sybil is a consummate badass, complete with beauty, brains, and brawn.

Writer/director Dan Bush attributes his feminist inspiration to a traumatic and disempowering experience he and his wife had with the American healthcare system during her first pregnancy. In some ways The Dark Red plays like Bush’s own revenge fantasy, a battle cry of a parent who wants to reclaim his agency.

The very personal origins help lend the drama some credibility, even though the subject matter is pretty far-out science fiction (whenever I see a house with a secret underground surgical facility, I always wonder how bizarre the conversation with the building contractors must have been.)

As Sybil, actress April Billlingsley steals the show by miles. 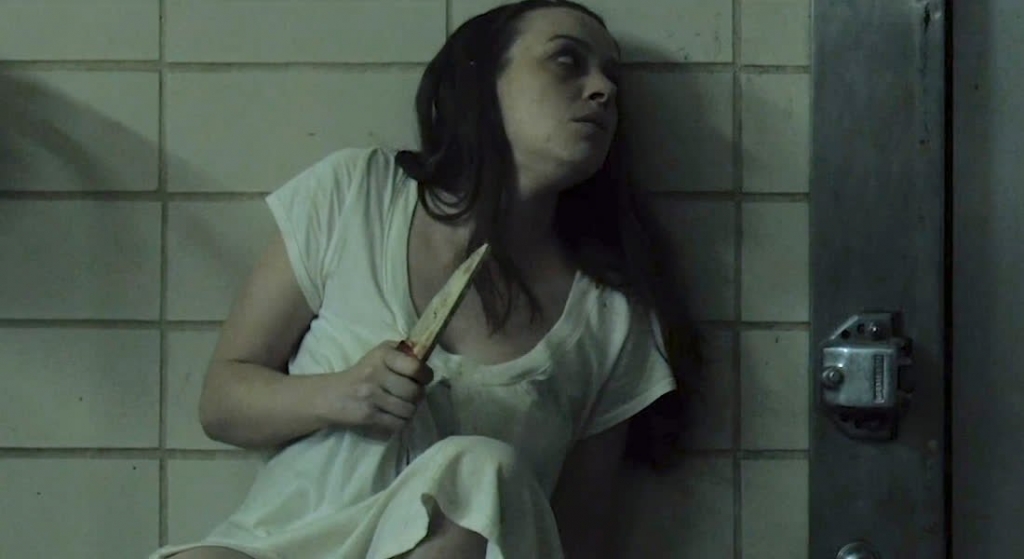 In some ways this is both a great asset and a drawback, since it has the unfortunate side effect of highlighting some of her costars’ less impressive acting skills.

While the acting isn’t atrocious by any means, they’re the kind of weak performances that constantly remind you that you’re watching a movie about a fake world full of fake people, thereby preventing you from ever getting fully invested.

Nevertheless, I’m impressed with how well Bush was able to make his wild and disjointed narrative coalesce into a rewarding whole. I give the film 3 and a half butterflies (four butterflies with half knocked off for the lackluster casting.)

The Dark Red is currently available for free on Tubi or with an Amazon Prime subscription.