A sci-fi story of love, loss and science gone wrong from the 60s, “The Brain That Wouldn’t Die” was ahead of its time in both gore and subject matter. 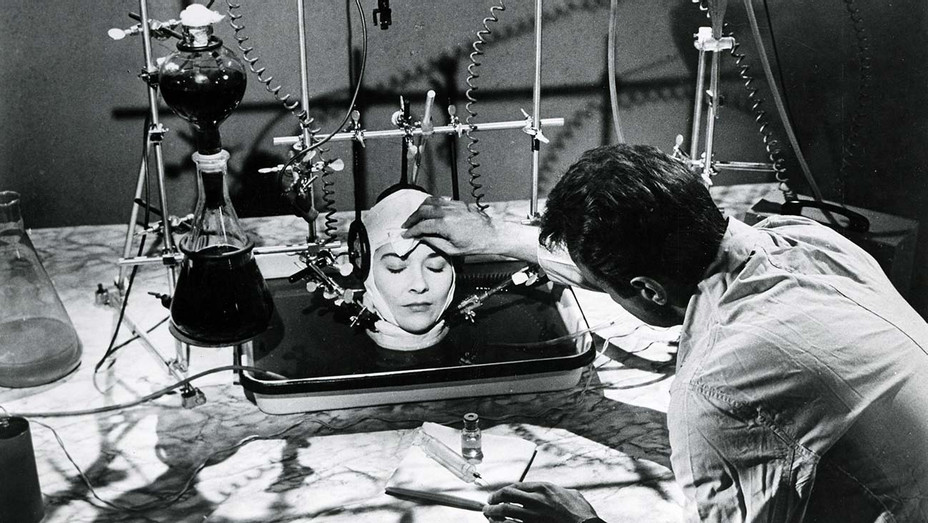 1962’s The Brain That Wouldn’t Die follows Dr. Bill Cortner, a young ambitious doctor who has been experimenting with limb and brain transplant surgeries, much to the chagrin of his fellow doctor and father.

One night, he receives a troubled phone call from his laboratory assistant. He rushes to his laboratory far away from the city, accompanied by his beautiful girlfriend, Jan. On the way, he gets in a horrendous accident. As he stands by and watches the flames grow higher, engulfing his beautiful girlfriend in the passenger seat, he reaches in — not to save her, but to save her head.

Fast forward a few months, and the brilliant doctor has been able to bring the beautiful Jan back to life… well, at least her head.

A majority of this film is focused directly on Jan, played by Virginia Leith, with her head floating in a strange vat of water with tubes and wires connected to her head. Unfortunately, the experiment used to save her life had adverse side effects. First, Jan is bitter and wishes for death. She begs the doctor and his assistant, “Let me die, why won’t you let me die.”  Second, she has telepathic abilities and has spent her days communicating with a monstrosity locked behind a huge wooden door in the basement of the laboratory.

The performance by Leith is really the highlight of this film. 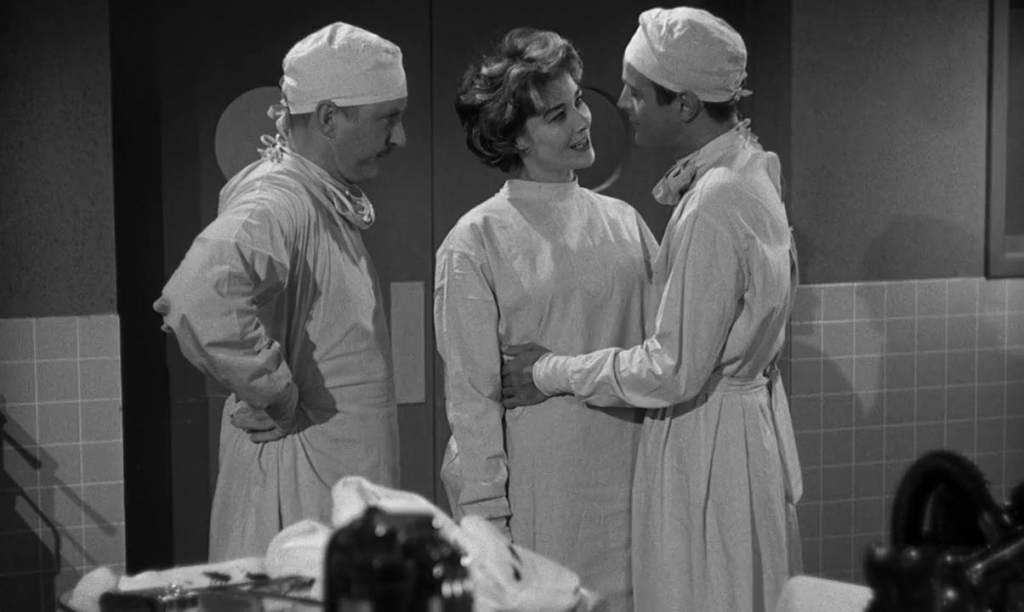 The black and white of the film and the simple framing of her head in each screen really makes her beauty shine. She also nails the delivery of some incredible lines like, “Nothing can be more terrible than what I am” or “Like all quantities, horror has its ultimate and I am that.”  Absolutely incredible stuff.

The film plods along, as Dr. Bill searches for a pretty girl to murder so he can give her body to Jan, until the final dual climax of the film.

On one hand, you have Bill bringing a young model with a scarred face home whom he drugs. On the other hand, you have Jan convincing the monstrosity behind the wooden door to rip the doctor’s assistant limb from limb and break free — taking revenge, under Jan’s control. She tells the beast, “I’m only a head, and you’re whatever you are. Together we’re strong. More powerful than any of them.”

In the midst of arm ripping gore, model murder, and the whole lab being engulfed in flames, the best thing on screen is still Virginia Leith and the amazing delivery of her lines.

The Brain that Wouldn’t Die is an often overlooked horror film, lost in an overwhelming collection of 1960s sci-fi horror that often measures in bad or worse. But this unique film stands out from the pack and is worthy of attention. Check it out tonight, streaming for free on Tubi.