“Halloween Pussy Trap Kill! Kill!” is a fun and well-paced indie horror film that strikes the perfect balance between engaging and entertaining. 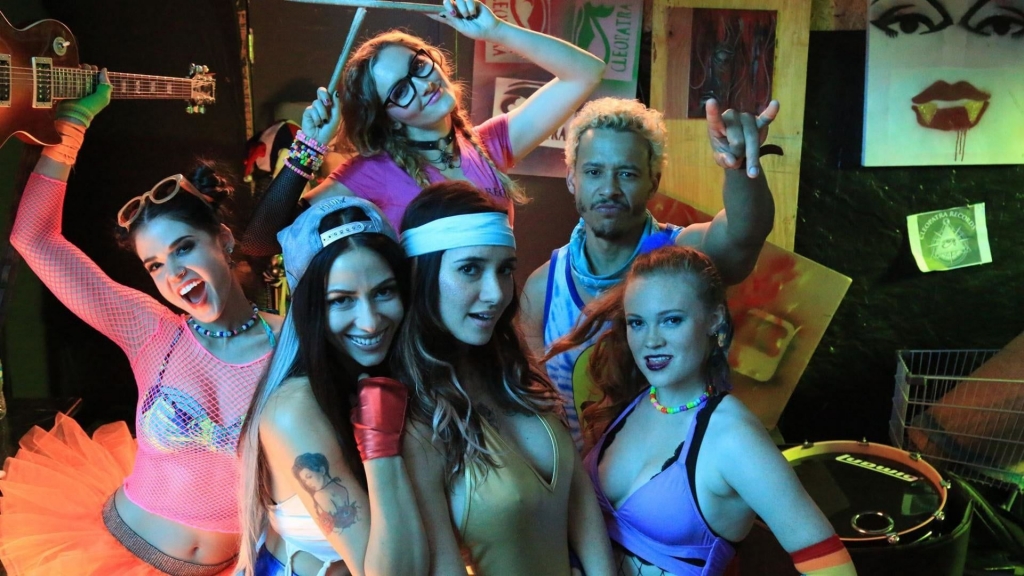 This month’s Tubi Tuesdays are all Halloween-themed just in time for the season, and this week’s recommendation is the utterly watchable 2017 indie film Halloween Pussy Trap Kill! Kill!

Unlike their heyday of the 80s, modern low budget indie horror films tend to fall into two categories. Either they have too much fun, and they become something that is almost parody. Or they don’t have enough fun, and the film turns into a slow plodding mess with a deep philosophical purpose that falls flat. The great modern indie horror films are able to fall somewhere in the middle of those two worlds, creating a fun and exciting horror movie that’s enjoyable time and time again. 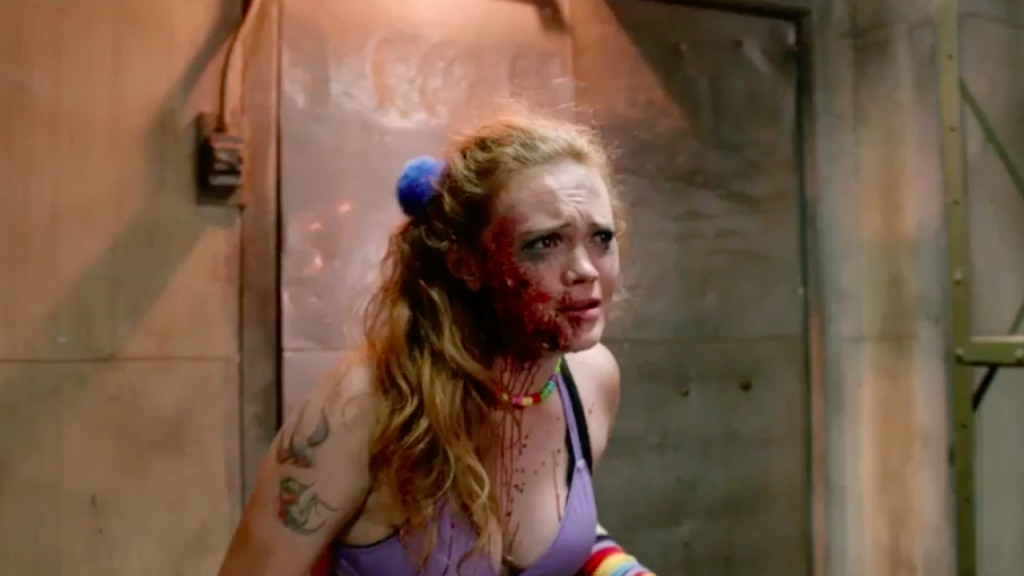 This week’s recommendation is exactly that type of film.

Now you would think with a title like Halloween Pussy Trap Kill! Kill! — and its premise of an all girl punk rock band trapped by a Saw-like evil genius — that this movie would be beyond goofy. Shockingly, it isn’t. Instead, what you find is an extremely well acted, gory, violent and chilling thriller about a group of people making the tough decisions to survive a night in hell. 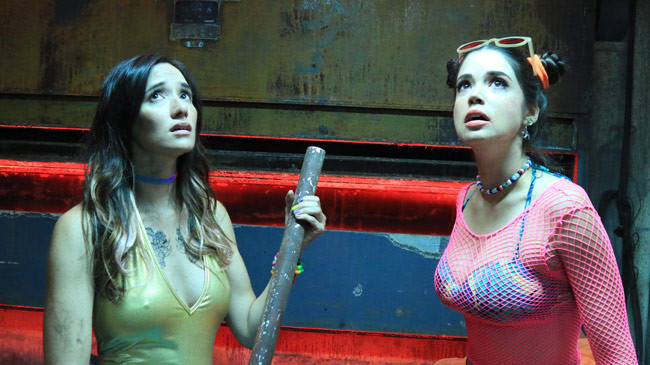 Sure, the all girl band is scantily clad. But they are strong, tough and violent — making this far beyond a standard exploitation film that the name would imply.

The movie opens with a group of American soldiers captured by insurgents on Halloween night. The insurgents behead one of the soldiers, shoot another and cut off the face of the third. Fast forward a year, and we find the band Kill Pussy Kill performing at a local dive bar. The band leaves the venue after performing to get to their next gig. But their car breaks down out in the middle of nowhere.

A Good Samaritan mechanic offers them a ride up the road but flips a switch in his van and gases the group. They awake to find themselves trapped in a dingy warehouse with a menacing voice coming over the loud speaker commanding them to kill if they want to make it through the 3 torture rooms.

Now, to some of you, that voice may sound familiar as it’s the voice of heavy metal legend Dave Mustaine of Megadeth. Using a voice similar to what he used in the classic Sweating Bullets, he commands the band to sacrifice one of the members of the band to move on to the next room.

While this may seem like a bit of a Saw ripoff, that couldn’t be further from the truth. There aren’t any clever torture devices or a convoluted plot that ties the whole thing together, just a handgun and a disfigured psycho torturing young girls. 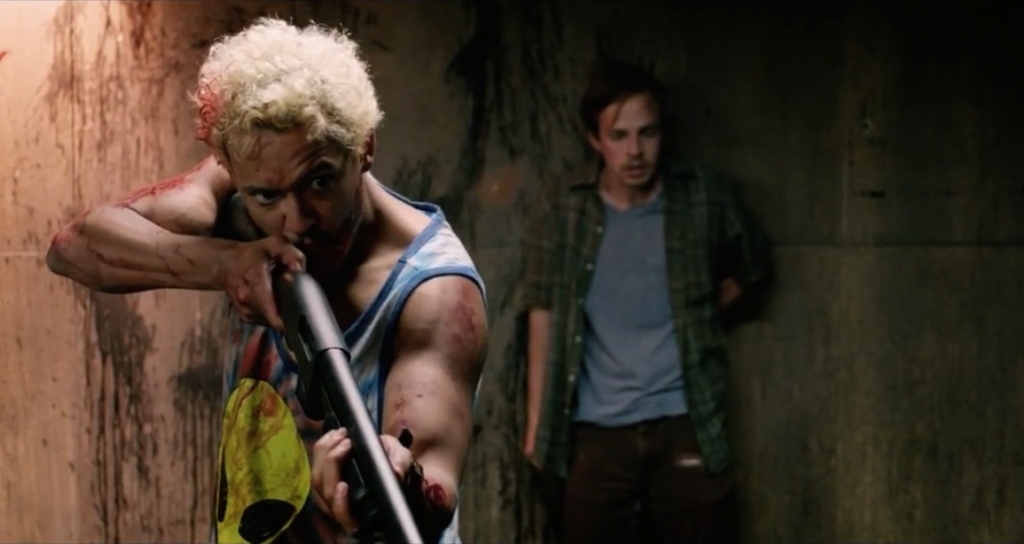 And although most of the deaths are by gunshot, there are some fairly graphic scenes that highlight the effectiveness of the FX department.

In one particular scene a man gets his eye stabbed out with a giant rusty nail. It’s bloody, gruesome and despite the low budget isn’t cartoonish in the least.

Overall Halloween Pussy Trap Kill! Kill! is a fantastic fun indie horror flick that doesn’t take itself too seriously but also doesn’t drift into bizarro world. Other than a couple of goofy southern accents and a line or two of cringe-inducing dialog, the acting in this one is phenomenal!  The fear and sense of urgency in everyone’s voice seems real and really allows you to be consumed by the movie and fall into the fantasy.

If you’re looking for something pleasantly surprising just a little off the beaten path, check out Halloween Pussy Trap Kill! Kill! streaming now for free on Tubi.