This week’s recommendation is sleazy, cheesy, confusing and absolutely incredible; a unique mid-80s, independent view on what a horror film can be. 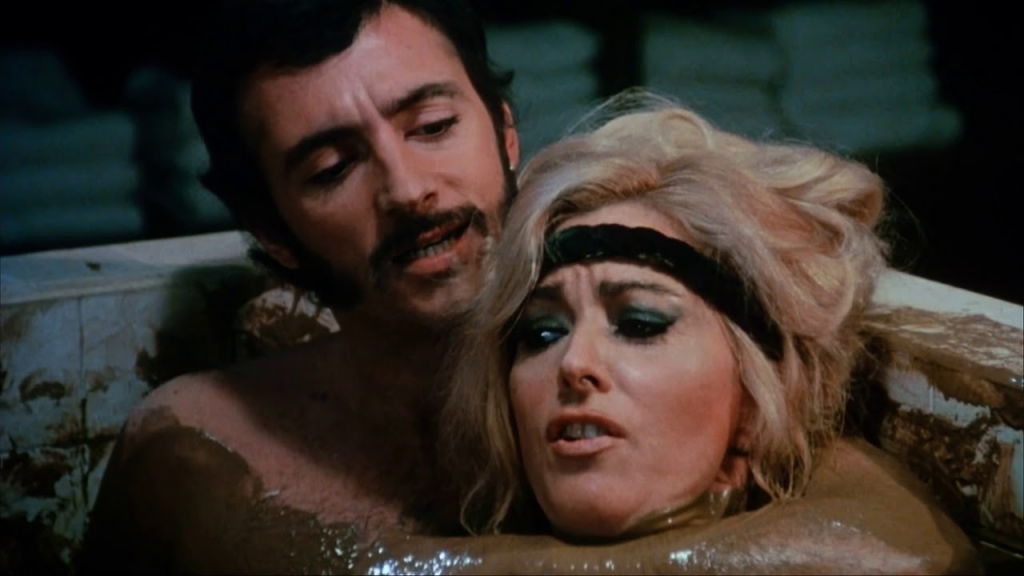 Throughout the course of this series, our Tubi Tuesday’s have run the gamut of horror sub genres — including slow burns, found footage, anime, PG-13 horror, and even movies with hand puppets as the main characters.  But never have we covered the sleaziest of horror genres: women in prison films.

While Hellhole is actually set in a psychiatric ward and not a prison, it has many aspects of the women in prison film.

It’s hyper sexualized, all the prisoners — or in this case, patients — are scantily clad, and there is the cliche nekkid shower cat fight. Of course, there’s also the main antagonist of all women in prison films: the mean warden. Where Hellhole differs from a film like Chained Heat (Starring Linda Blair) is the fact that the warden is less concerned with sexual torture and more interested into mind control experiments, which result in a dungeon in the hospital known as the Hellhole filled with mindless zombies.

Mindless zombie creatures in the basement of the psychiatric hospital seems like an outstanding premise for a film, but this is just one of two horror aspects explored in Hellhole.

The film opens with a young Susan (Judy Landers) and her mother preparing dinner, when a thug named Silk (Ray Sharkey) breaks into their home and strangles the mother with a silk scarf — demanding she give up the location of some secret documents. Susan escapes and is chased by Sharkey. During the chase, she hits her head and gets amnesia. The shady businessmen who hired Silk pull some strings and get Susan placed in the insane asylum indefinitely. However, growing impatient, the shady businessmen send Silk into the hospital undercover as an orderly to try to scare the info out of Susan.

So, on one hand, you have a mad scientist performing chemical lobotomies on people, accidentally creating violent zombies. On the other hand, you have a psychological thriller aspect as Susan tries to guard against Silk.

Hellholle is an interesting film with strong horror elements that fans of bizarre 80s horror will absolutely love.

But make no bones about it, at the end of the day, it’s a woman in prison film. There is gratuitous nudity throughout, a shower catfight, a nekkid mudbath fight over who gets the last line of cocaine, a random hot tub seduction, and enough sexual tension to make anyone blush.

If you’re looking for a horror movie that’s just a little bit on the sleazy side, check out Hellhole, now streaming for free on Tubi.