Barbara Crampton, Jeffery Combs and Stuart Gordon return for a second adaptation of an HP Lovecraftian classic in this week’s Tubi Tuesday. 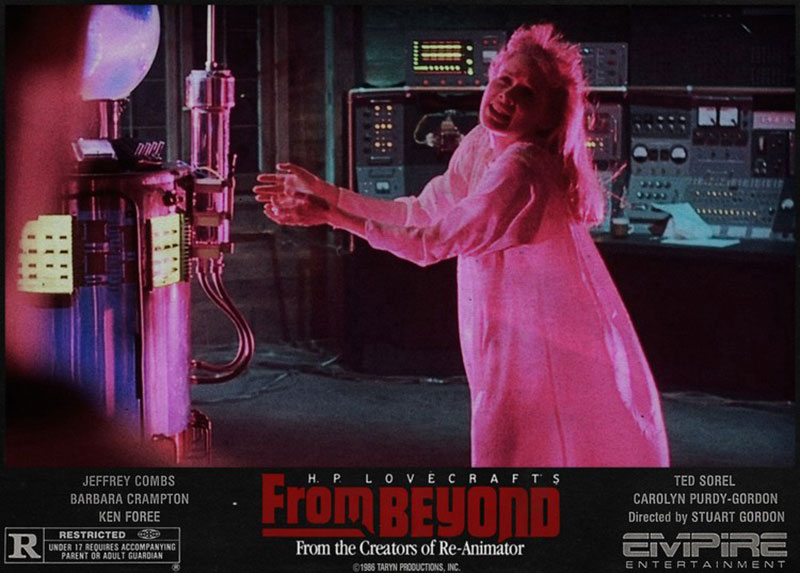 To celebrate Women in Horror Month, each of this month’s Tubi Tuesday entries are dedicated to a lesser known film from one of my favorite 80’s scream queens. This week’s entry is the cosmic, Lovecraftian horror starring the lovely Barbara Crampton: 1986’s From Beyond.

Stuart Gordon directed four very loose adaptations of HP Lovecraft’s works. Re-Animator is probably the most well known of the four, but my absolute favorite is From Beyond.

Perhaps it’s the mystic, cosmic theme of the movie, as it’s centered around scientists trying to increase the power of the pineal gland by increasing vibrations using a machine called The Resonator. Maybe it’s the neon cinematography of this film, as everything in the film has a bit of a bright pink glow to it.

To me, the real reason that this film is elevated above Re-Animator is the role reversal between Barbara Crampton and Jeffrey Combs.

In Re-Animator, Jeffrey Combs plays the mad scientist, and Crampton is the unwilling victim of his experiments.

But in From Beyond, Crampton plays the mad scientist, Dr. Katherine McMichaels, who is using the schizophrenic Combs and his research into the pineal gland to push forward her career as a medical researcher. It’s interesting how the two actors were able to completely switch from victim to victimizer. 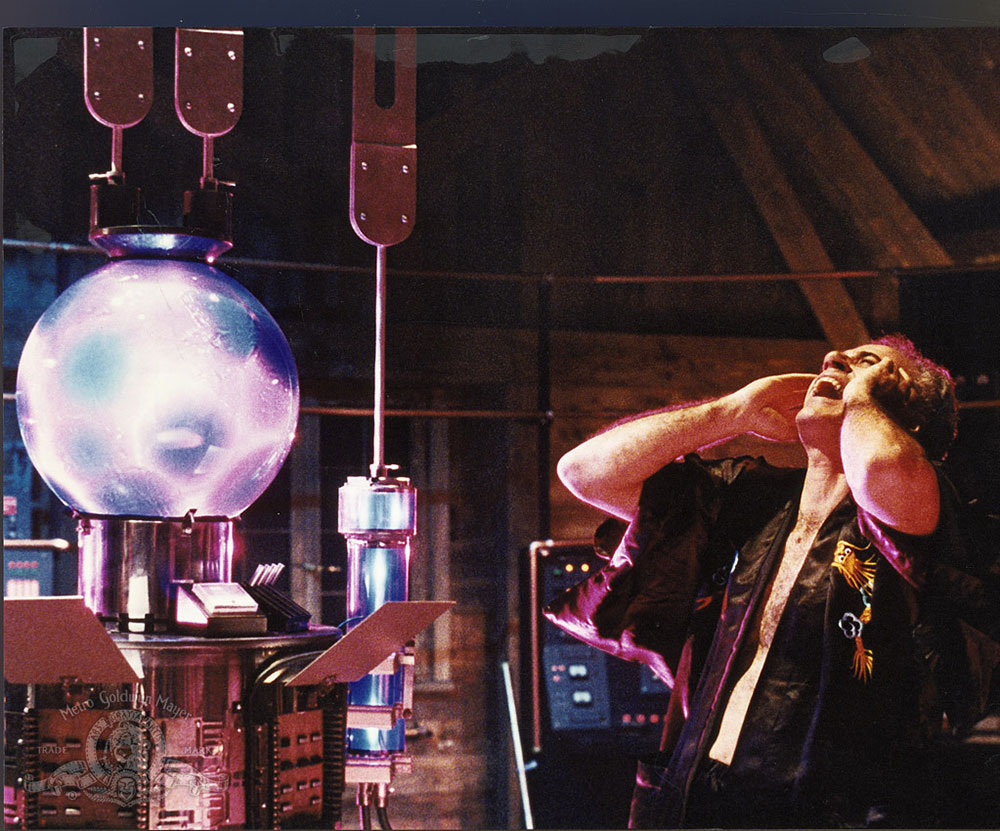 Another way that From Beyond shines is its minimalism.

The majority of the film has four actors. Other than Crampton and Combs, there’s Ken Foree as Bubba Brownlee, a former football player turned police officer who is escorting the pair as they attempt to recreate their experiments in order to activate the pineal gland.

The film also stars Ted Sorel as Dr. Edward Pretorius, the bondage loving, sex addict scientist who was decapitated by a worm from another dimension when the resonator was enabled. He returns as a pervy, gooey, naked tentacle man from beyond space and time, the central villain of the film who seduces Crampton into turning on the machine, allowing him to bridge into our universe as well as driving Combs to the brink of insanity. 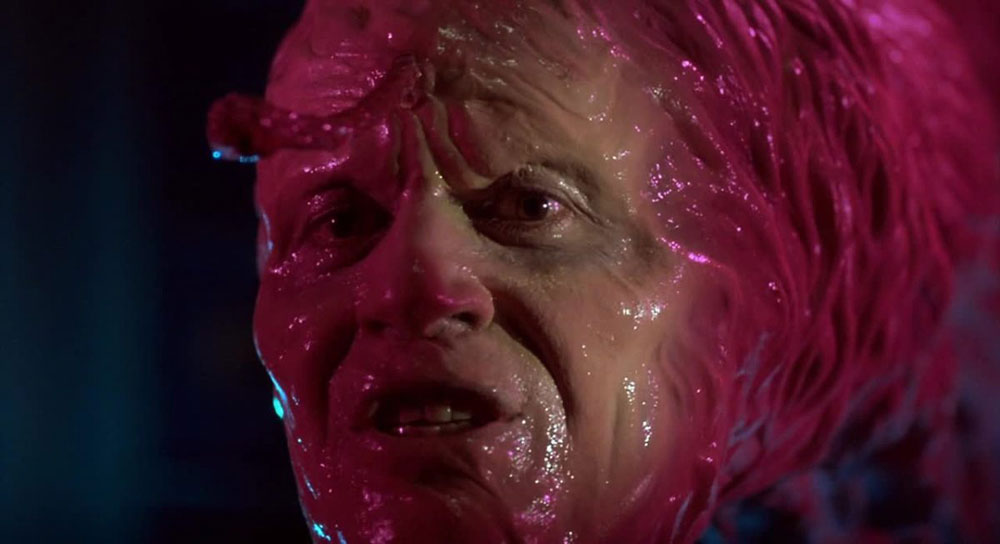 From Beyond also has a fair bit of amazing creature effects that really make this film shine.

Not only is there the pervy, gooey, naked tentacle man, Dr. Pretorius, there is also a giant worm that lives in the basement. There are interdimensional worms, bat-like creatures, and another giant worm who sucks all the hair off of Combs’ head and leaves him with a huge, pulsating wound on his forehead where the pineal gland sits.

After a disastrous event at the house, Crampton and Combs are sent to a hospital, and when Combs awakens, he has a hunger that food won’t satiate. As his head wound starts pulsating, his eyes roll into the back of his head and a tentacle protrudes from his forehead. He searches the hospital for brains, which he acquires by sucking out people’s eyeballs and drinking their brains from their open eye sockets. 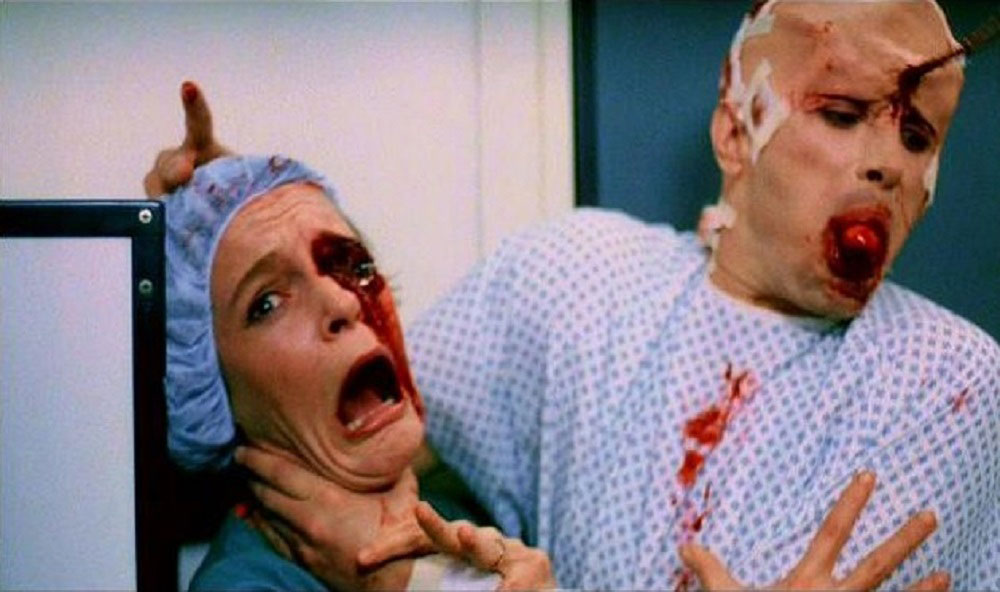 From Beyond goes from wild to insane, and then finally into an absolute crazy world as the film progresses.

It all culminates in a climax where Combs’ multiple consciousnesses have an interdimensional fight for Crampton’s love.

From Beyond is a truly insane film that doesn’t get the love and appreciation it deserves, and is probably one of the best, most intricate roles by the amazing Barbara Crampton. If you are looking for a classic Lovecraftian, cosmic horror to watch this week while celebrating Women in Horror Month, check out From Beyond for free on Tubi.