A heavy dose of black humor strikes a nice balance with the macabre plot in “Burke and Hare”; it’s 70’s sexploitation flare with a 60’s aesthetic. 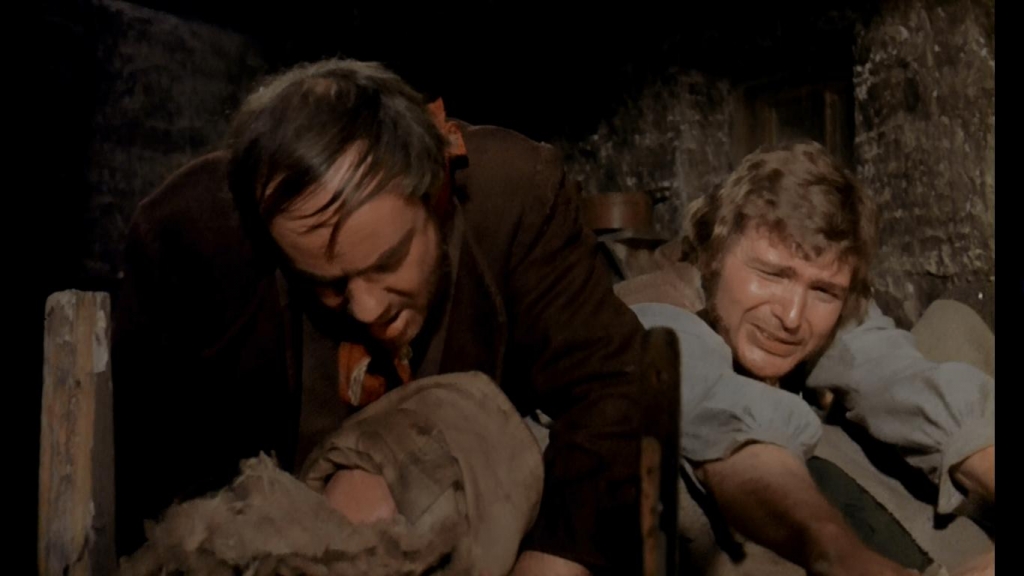 In early nineteenth century Scotland, a couple of Williams hard up for money go into the business of snatching bodies to sell to a local medical school. With the need for bodies at a premium and the thirst for more profit a priority, Burke and Hare must fill their inventory anyway they can. Let’s dig into 1972’s Burke & Hare, directed by Vernon Sewell.

Initially, it is hard to grasp the dialogue. It may serve to have the subtitles on.

Based on the real-life opportunistic resurrectionists, William Burke and William Hare, the film feels like an early 60’s effort.

The title theme by The Scaffold has a very Beatles vibe to it, and I find myself singing the chorus days after watching. It reminds me of “Maxwell’s Silver Hammer”. Equating those sounds makes more sense once you know that The Scaffold included amongst their ranks none other than Mike McGear. How does that have any connection? McGear’s real name is Peter McCartney, younger brother of Beatle Paul McCartney.

Seeing as this is an UK production, no one stuck out as “That actor I saw in that film that one time”, but a search of credits would show that Whovians may recognize Derren Nesbitt, the actor who played Burke. Previously, he was Tegana, a villain who appeared in Doctor Who way back in 1964.

Much of the film is spent at a brothel. The activities are immodest and exhibitionist. A display of the depravity that lays dormant within men; released once their wallets become more endowed. 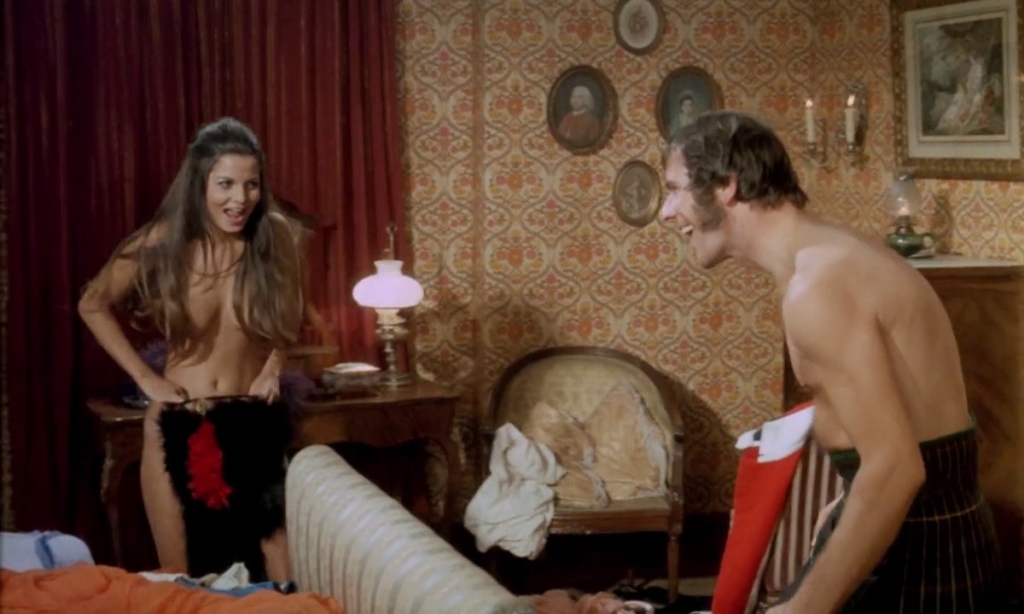 Françoise Pascal, who plays fille de joie Marie, is mesmerizing. An exotic beauty, she is still working today. She cuts a stark contrast alongside the rough and tumble cadre of characters who all seem to have been through a gutter or two.

There have been many iterations of the subject material. And while I have not been exposed to every adaptation, I would imagine a version that dials in on the gore of the human dissection aspect of the story could garner some interest.

The most recent adaptation (Burke & Hare, 2010) was helmed by no other than the lycanthropic master John Landis, starring horror genre darling Simon Pegg. It is streaming on iTunes/Apple TV and Amazon, and it has certainly been added to my queue.

The Blu-Ray is available through Kino Lorber. For those seeking digital treasure, you can also currently watch the film on YouTube.