Tubi Tuesday: The Return of the Living Dead

Treat yourself to one of the best and most influential zombie films of all time, one with a killer soundtrack: 1985’s “The Return of the Living Dead”. 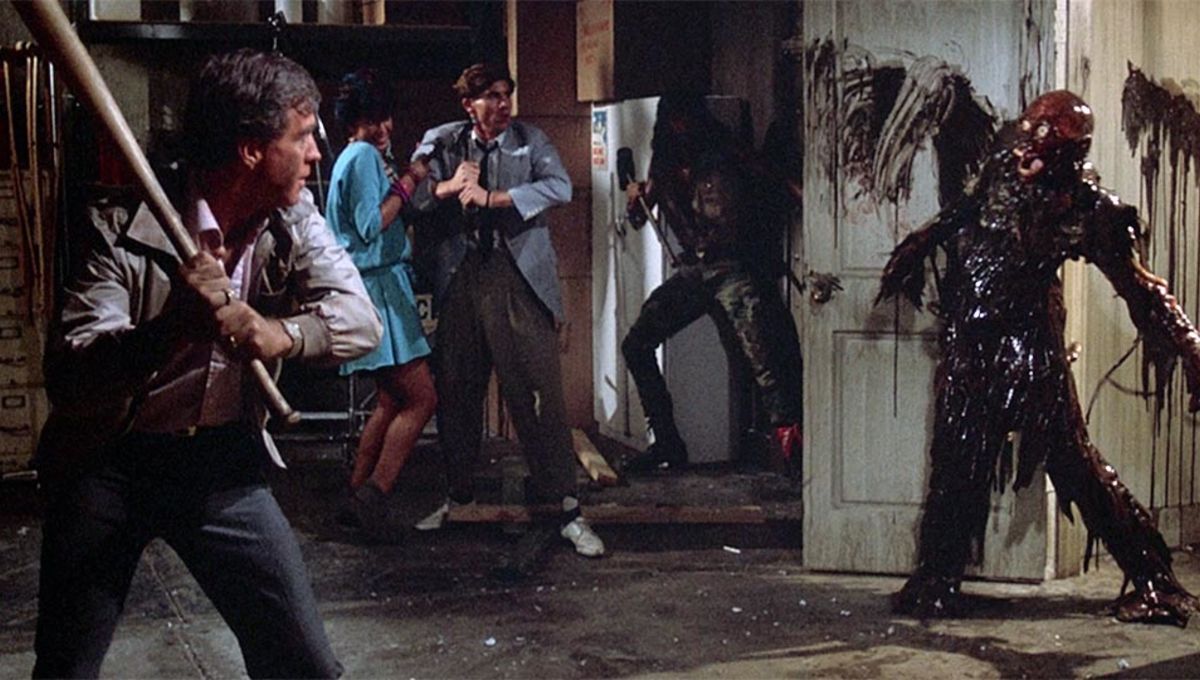 This week’s Tubi Tuesday is one of my absolute favorite movies of all time, which arguably has one of the greatest soundtracks in horror history. The Return of the Living Dead might not be the first zombie movie — and it may not be the most well known — but it is, in my opinion, one of the very best.

This movie introduced the world to the brain-eating zombie, which produced an image that has seeped into the collective recesses of the human mind. For example, if someone were to walk up to a random stranger in the street and ask them to impersonate a zombie, they will most likely stick their arms out and moan “BRAINS!!”.

Will they know this specific, iconic zombie reference first appeared in The Return of the Living Dead? Likely not. Will they even recall ROTLD and all of its punk rock lunacy?  Maybe not. But they will always remember the talking, brain-craving zombie that this film gave to the genre.

It’s truly interesting that the zombies in this film are so drawn to brains, because no one in the film seems to have any. 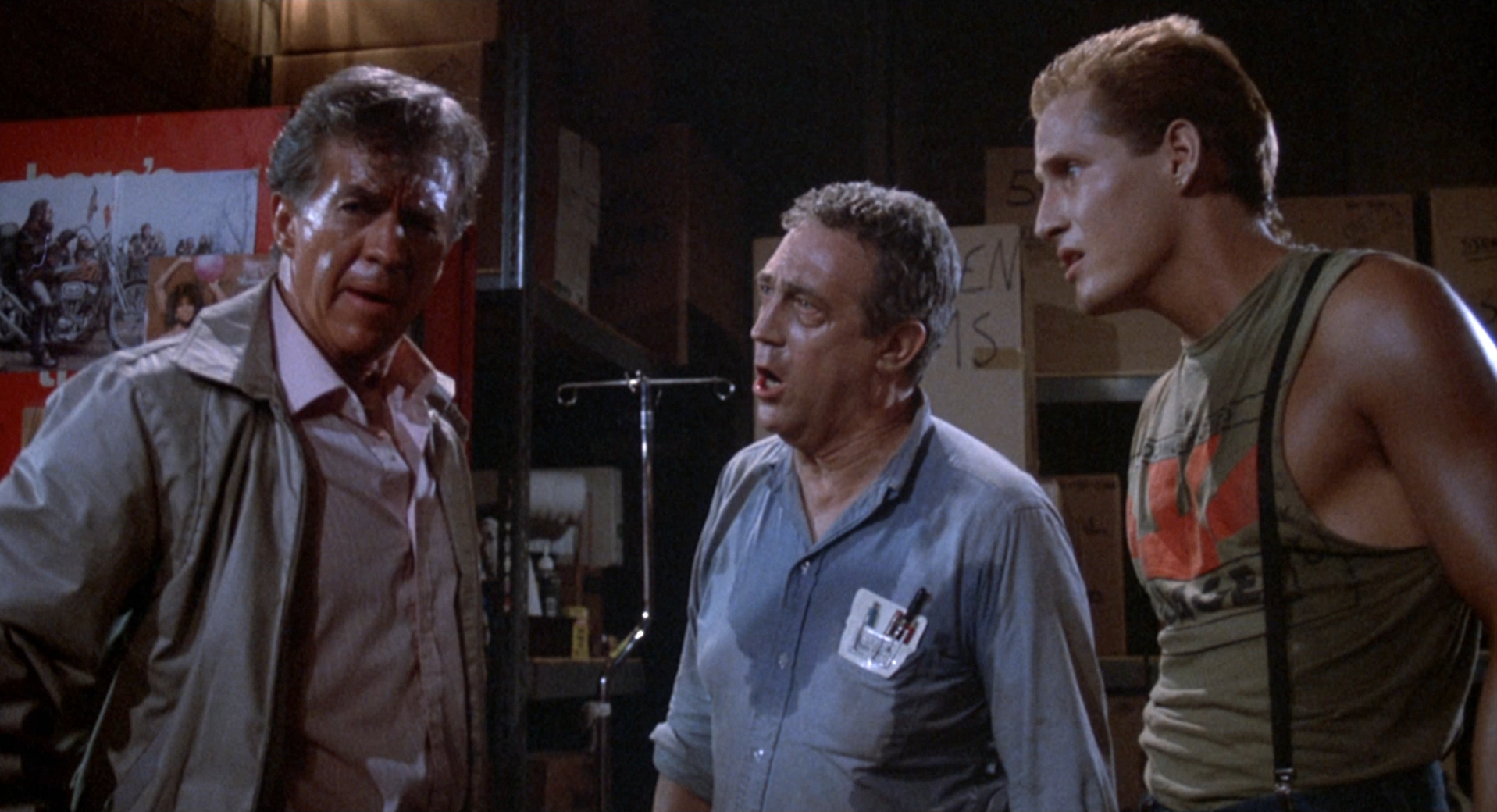 All of the characters are fairly dumb, and their actions seem to make everything worse. From the two bumbling idiots Frank and Freddy who accidentally release the trioxin toxin on themselves, to their boss who opts for dismembering a reanimated cadaver and bringing it to his Neo-Nazi neighbor to incinerate, every decision escalates the situation further and further.

The body burns, it turns into rain somehow, and it reanimates an entire cemetery.

The group of idiots calls the paramedics, who then get eaten up by the swarms of the living dead. Again, this could have all been solved by calling the government number on the side of the barrel, right? Wrong! When the government is finally contacted, far later than would have been prudent, their solution is to nuke Louisville, Kentucky.

To me, the beauty of the film is how honest it is. 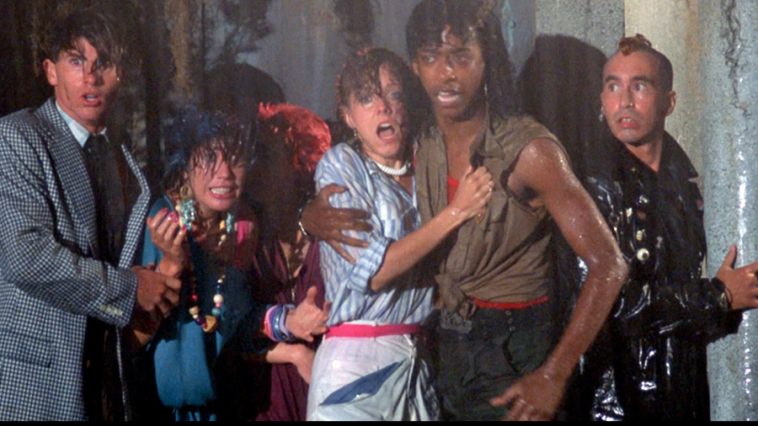 In all these zombie movies, everyone has a plan. They are marching towards some goal, and they seem so organized. In reality, if the dead really started rising from their graves, it would cause absolute panic and confusion. We the people would make bad choices.

We would be more concerned with our businesses than contacting the government and dealing with some bureaucrat poking around. Realistically, we would try to hide the evidence in some terrible way, and we would send more paramedics when a strange voice over the CB radio told us to. And, of course, our government would more than likely choose lots of collateral damage and unnecessary force as opposed to just coming out and telling people the truth.

In this way, The Return of the Living Dead nails the reality of what a zombie apocalypse would likely look like — just a bunch of regular folks trying to survive and making the best available choices, even if they are actually the worst choices ever.

As one of my favorite movies, I could talk about this one forever!  From the unique zombie design, to the great comedic elements and the killer soundtrack, The Return of the Living Dead is arguably one of the best zombie movies of all time.

Make the right choice and check this one out today, now streaming on Tubi.