This week, we take another look at a seminal horror classic, examing the noteworthy camera work and use of perspective in Sam Raimi’s “The Evil Dead”. 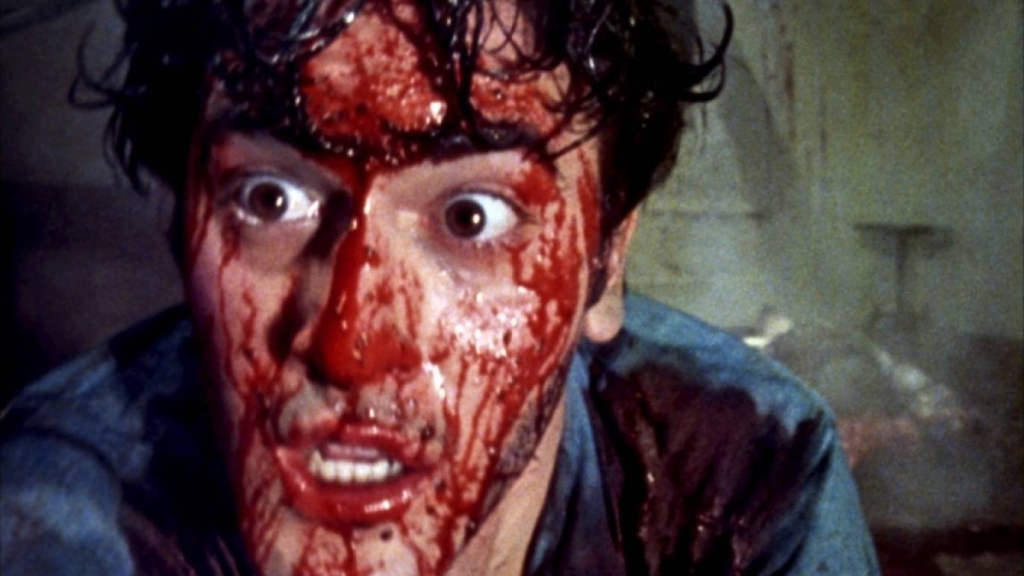 This week’s Tubi Tuesday is an absolute horror classic: 1981’s The Evil Dead.

Tubi has a huge selection of horror movies. But unlike many streaming services, they don’t curate. Rather, they just hit a random shuffle button and present their films in whatever random order they happen to fall. To be fair, many of their titles fall into the obscure, indie, B-movie and direct-to-video categories. 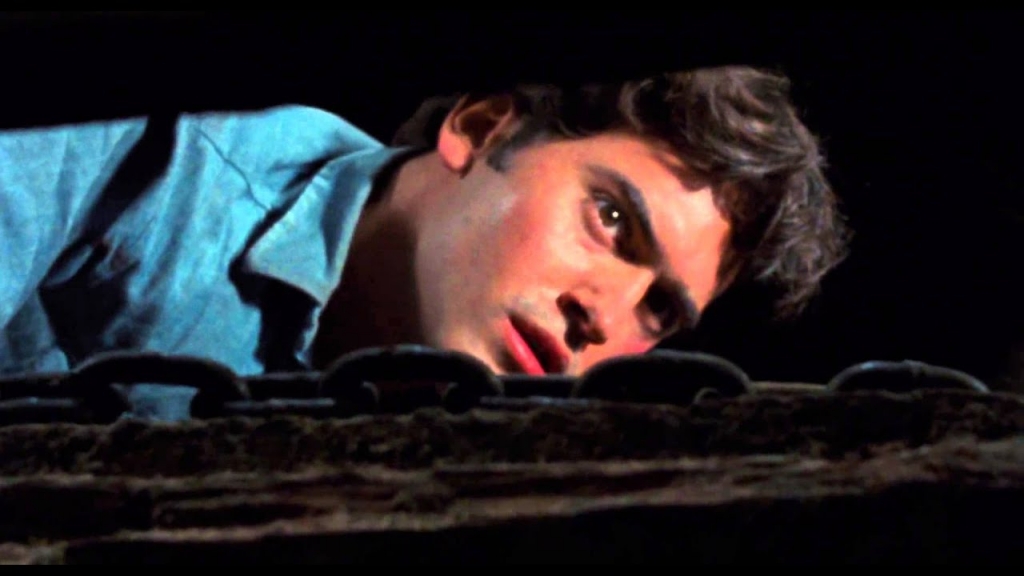 But the free streaming service also offers up a selection of genre essentials, and The Evil Dead is one of those films that is always ripe for a revisit.

With a film as beloved and influential as The Evil Dead, it’s difficult to find something new to say about it that hasn’t already been said so many times before. However, during a recent rewatch, I was reminded of yet another reason this film has had such a lasting and significant impact on the genre.

I believe the eyes are a secret point of interest in this film — and one you might not see unless you’ve watched the movie numerous times. 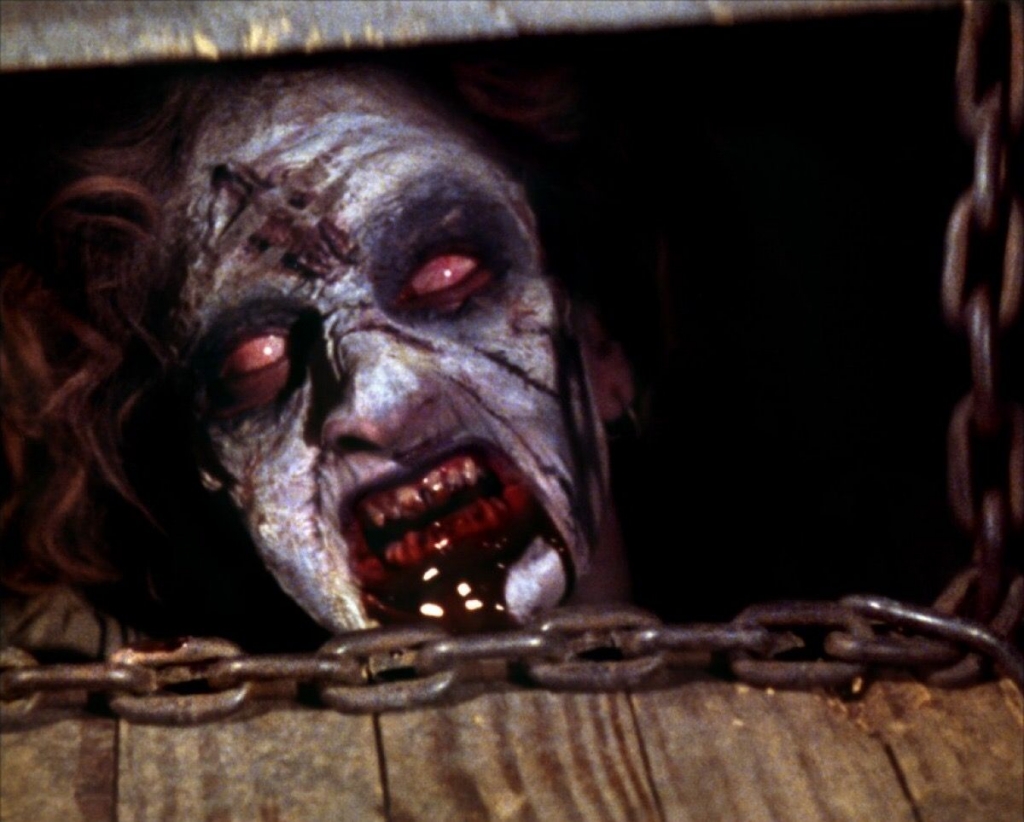 Sam Raimi does a phenomenal job using the eyes, as well as perspectives and optical illusions, to create an absolutely haunting film that has become a part of horror legend.

Every scene of the film is shot more POV style than a standard narrative feature. This results in the viewer being given a front row seat to the absolute madness that unfolds.

For example, as Ash’s car makes its final approach to the cabin, the camera feels more like an ominous set of eyes watching the vehicle, brushing past branches as it follows the car to the cursed cabin. When Ash and his friends arrive at the cabin, Scotty gets out to unlock the door. The camera transitions from the POV of the group tentatively watching Scotty to him turning around to look at them.

This continual perspective shift continues when the cellar door pops open and Ash goes down to see what’s taking Scotty so long. As he reaches the bottom of the stairs, he begins to look around. The camera shifts from focusing on Ash to spinning around and giving Ash’s POV of his surroundings in the basement. 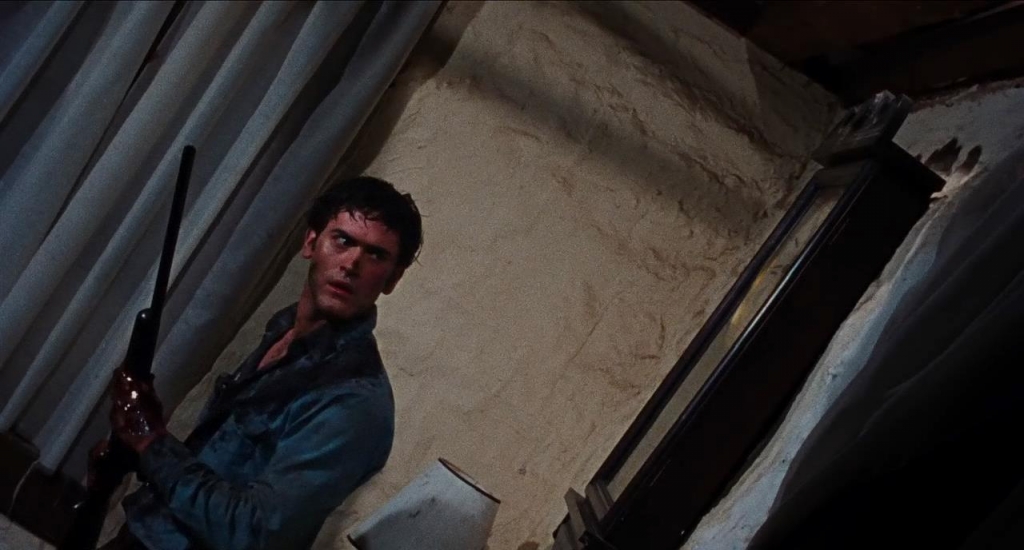 It’s a master class in cinematography and filmmaking — especially arresting if you consider that, other than the short film that Evil Dead is based on, this was the first film of Raimi’s career.

Raimi’s focus on eyes and character perspective is notable in the scenes where Ash pretends to sleep while his girlfriend tries to sneak the necklace from him. Cleverly, this scene is mirrored later in the film when Ash keeps a careful eye on his demon-possessed girlfriend, as she pretends to be dead — while he plans to chop her to bits.

This focus on how characters perceive their surroundings — and how they  are perceived — is perhaps most striking with the Kandarian Demons in the movie. You may not be able to see the evil in the woods, but the evil certainly sees you. Because of the effective way Raimi uses the camera as a proxy for these evil eyes, he’s able to establish a feeling of ever present danger without having to actually show anything. 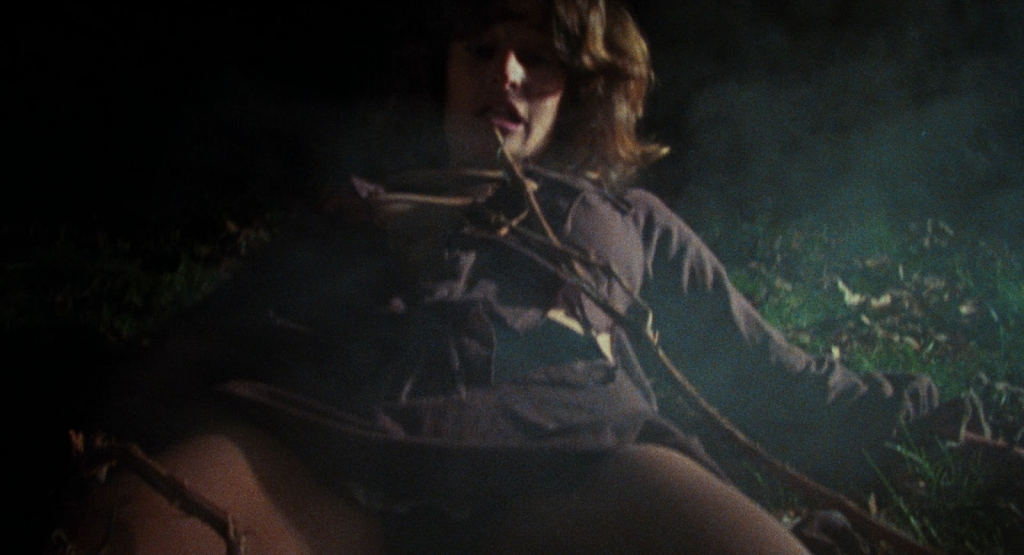 The Evil Dead is truly a horror masterpiece and a testament to Sam Raimi’s exceptional EYE for horror.

Give this one another viewing by checking it out streaming for free on Tubi, and keep your eye open for all the interesting and impressive camera tricks incorporated in the film.