The rare third entry in a franchise that’s superior to the sequel and on par with the original, “Amityville 3-D” really delivers. 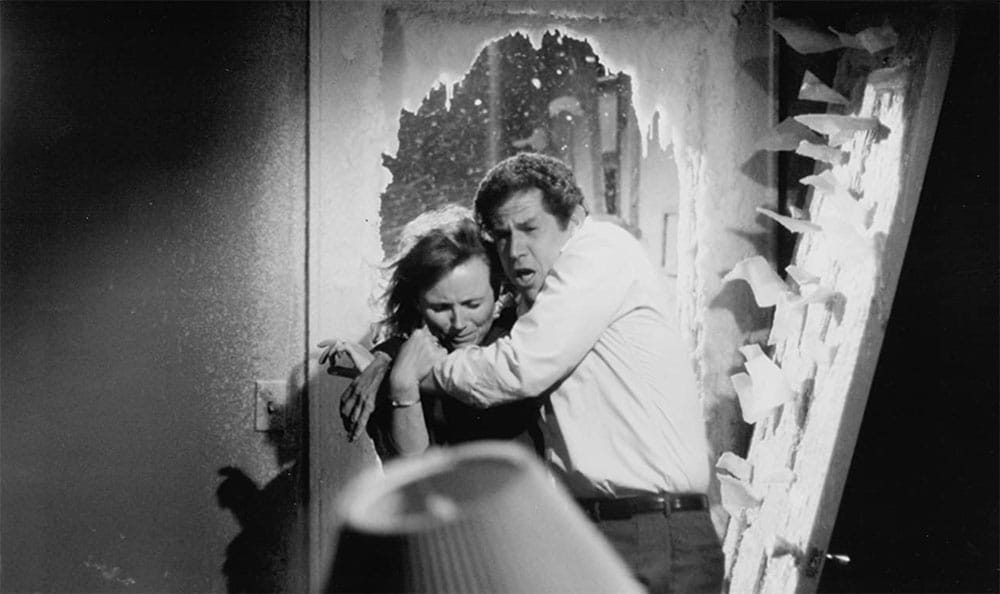 This month marks the start of the third year of Tubi Tuesday. To celebrate this momentous occasion, all of the Tubi recommendations this month will feature third entries in a horror franchise. Last week, we kicked things off talking about the straight-to-video sequel of a David Cronenberg classic, Scanners 3. This week, we are looking at the third installment of a legendary “based on a true story” horror film from the 70s — and it’s in 3D!  This week’s Tubi Tuesday is Amityville 3-D.

Overall, there are 28 Amityville Horror films. But only the first four films are numbered, leaving the remaining films only loosely connected. Most of the films are connected to the original film in name only. The most notable example of this deviation from the original storyline is 2020’s Amityville Island which follows a survivor of the Amityville house who ends up on an island where they are doing genetic experiments on sharks.

While there are a lot of bizarre entries in the series, like Amityville Clownhouse, there are some really good entries as well. This includes 1992’s Amityville: It’s About Time which includes a grandfather clock from the original Amityville house that traps some people in a weird time vortex.

Of the bunch, the best of the Amityville sequels, without a doubt, is number 3 — mostly because it is in cheap, cheesy 1980s 3D.

After the disastrous, incest-filled prequel-sequel that was Amityville 2, the series went back to its roots by simply having an unexpecting family move into the legendary Amityville house.

From there, we get a return to many of the paranormal happenings from the first film, including creepy noises, creaking doors, and an absurd amount of house flies. The biggest difference is that this time, it’s all in stunning 3-D.  From a story perspective, this film deviates somewhat from the original in that the house is now able to take human life.

The basic plot is as follows:

One day, while her parents are away, Susan (Lori Loughlin) and her best friend Lisa (Meg Ryan) use a homemade ouija board to communicate with the spirits beyond the grave. These spirits provide an ominous warning that Susan will soon die.

The pair go out on the lake and suffer a horrific boating accident where, spoiler alert, Susan in fact does end up dying. But miraculously, she is still seen walking the halls of the creepy old house.

Paranormal investigators, as well as an exorcist, are called to deal with the ghost of Susan and the malevolent spirits.

It all culminates in an epic third act that goes heavy on the practical effects and 3-D while remaining light on the logic.

Regarding the popular ’80s trend of 3-D sequels, this is one of the best.

It’s a film that stays close to the original source material while exploring unique and interesting ideas all its own. Plus, check out an early film appearance from future superstar Meg Ryan.

If you’re looking for something eye-popping to watch this Tuesday, get your 3-D glasses ready and check out Amityville 3-D now streaming on Tubi.