Ripe with tone and the dread of isolation, this film becomes an all-out zombie gore-fest that satiates the bloodthirsty and fatalists alike. 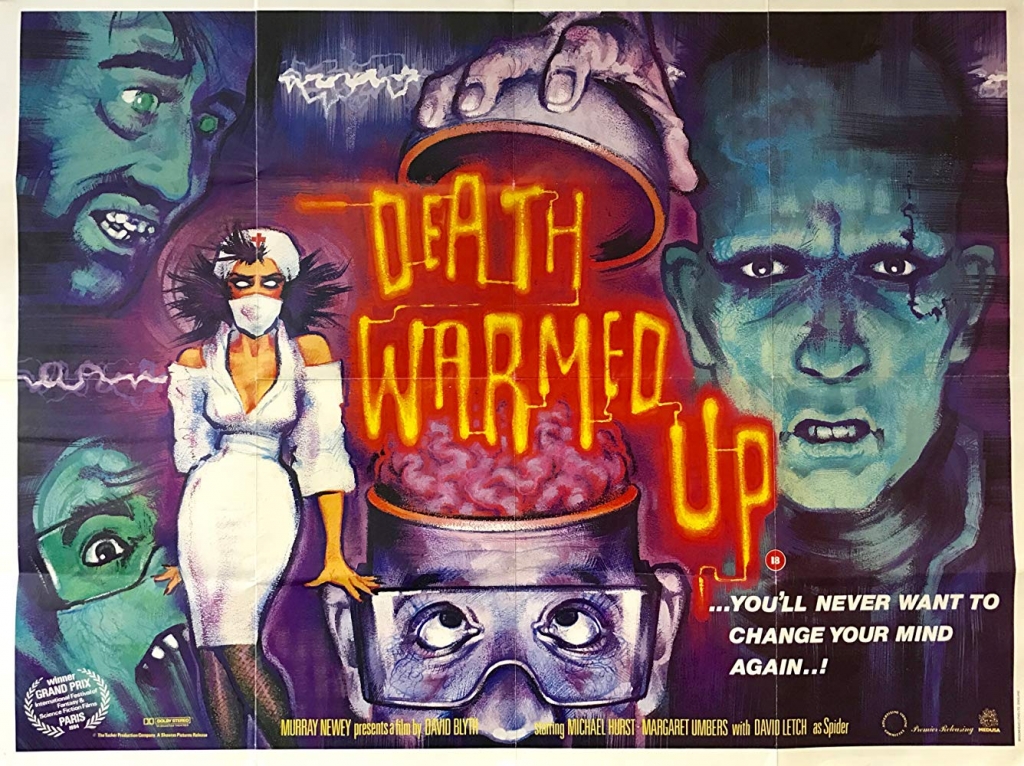 Hypnotized to kill his parents, a young man seeks revenge on a diabolical scientist once he’s free of being institutionalized. Let’s dig into 1984’s “Death Warmed Up”, directed by David Blyth!

Besides Peter Jackson’s brilliant Dead Alive, this is the first New Zealand horror film I can recall seeing.

It does make the transition to a splendid splatter zombie flick by the end, but it is far from the slapstick gorefest of Jackson’s pre-‘Middle Earth’ work.

Some gruesome brain surgery which reveals a brain that beats much like a heart (not entirely unrealistic, though exaggerated) stirs my stomach a bit, and an Ozploitation-Esque vibe continues to churn until we enter the realm of flesh-eating monsters.

The characters are graphic and strong.

The stunts stand out, especially the motorcycle chase in the tunnels with a great bike-mounted shot.

The stunt crew earned their paycheck with a full and partial burn as well.

Closing it out with an absolutely brutal display of revenge and a bleak final image, there’s no sappy happy ending in sight with this film, which was banned in Australia for its violent proclivities.

Michael Hurst appeared in Rick Jacobson’s Bitch Slap, and also had a recurring role in the Xena and Hercules TV series.

I’ve been tracking superfluous shower scenes for some time now, and I’ve never seen anything quite like this. Michael seems to be making out with the water in the most sensual of elemental seduction. He’s then carried out nude, like Michaelangelo’s Pieta. Probably the most unique shower scene I will come across, and it does actually move with the story. 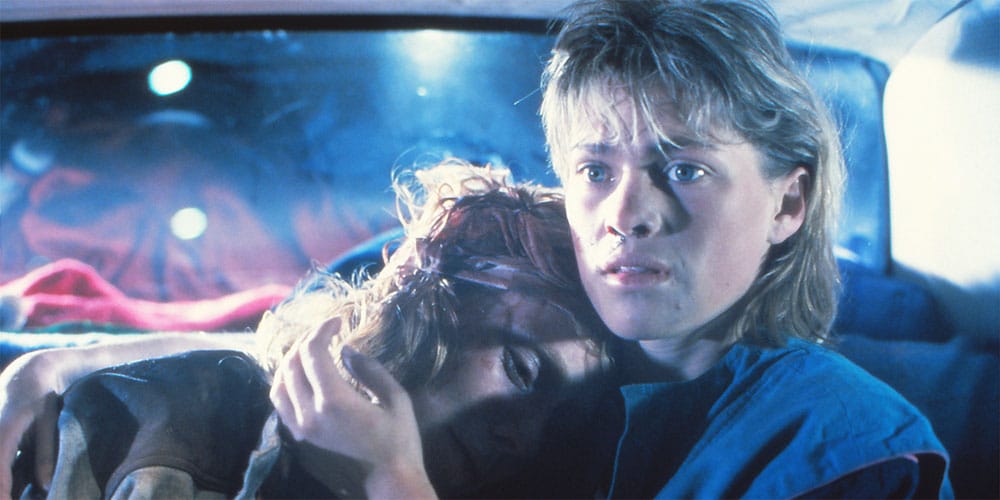 Michael Hurst (Michael), once he’s free from the institution, has a real Roy Batty thing going on.

Blyth was able to create a sense of isolation that made the film seem like it was shot completely away from civilization. The skill and budget it would take to reproduce that seem daunting.

In a society where a portion of the population believes the government is attempting to control us through injection, etc., it seems Germaine to tackle a story face first.

Severin Films has released a Blu-ray version with limited slipcover, or a standard edition. Both have some extras. You can also stream on Tubi, Flix Fling, or Vudu.