It may sound like a formulaic co-ed slasher, but the surprisingly smart and fun “House on Sorority Row” is in a class all to itself. 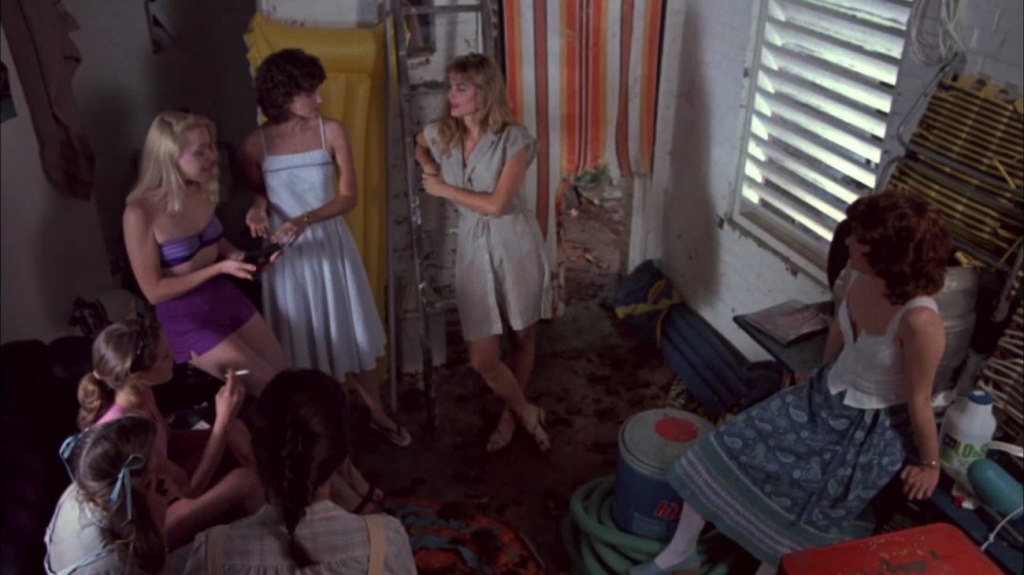 In honor of our Horror Spring Break, this month’s Tubi Tuesday recommendations are all school-themed. So far, we’ve covered Cemetery High (1988), Ghoul School (1990), and Sorority House Massacre (1986). For week four, we’re taking a look at The House on Sorority Row — a sleeper film that is much more complex and artistic than the name may imply.

The film opens with a doctor explaining increasingly violent behavior based on some sort of mental condition to an old woman. This old woman turns out to be Mrs. Slater, a house mother for a local sorority who is as hard-nosed and old school as they come. The girls plan a big party at the house but Mrs. Slater shuts it down. One of the girls, Vicki, sneaks a boy into her bedroom and Mrs. Slater also shuts that down by ripping up Vicki’s water bed with her cane. The girls decide to prank Mrs. Slater with a fake gun and when they accidentally shoot her, they don’t immediately call the cops because of the party so they decide to hide her body in the pool.

Everything is going according to plan until sorority girls end up murdered and Mrs. Slater’s cane is discovered to be the weapon.

Purely based on the name of this film, you might imagine it to be a cheap slasher filled with plot holes and gratuitous nudity… but it is none of those things. 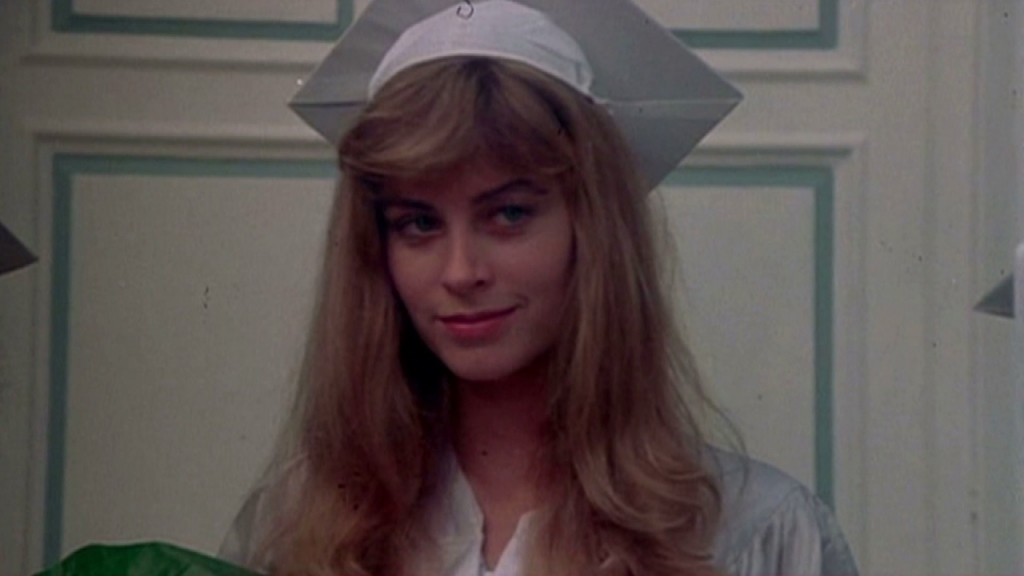 Of course, it’s a low-budget film, but it has high artistic value.

Through an intricate series of events, the doctor from the beginning of the film appears towards the end and drugs one of the sorority girls to cover up a “deadly secret”. The girl begins to hallucinate all sorts of crazy, creepy stuff — like her dead friends and the ghost of Mrs. Slater — in an absolutely beautiful segment befitting of a film with ten times the budget.

Like most low-budget films, there is a complicated story, but it’s one where a seasoned horror fan might see a twist coming. However, there is no way in hell anyone could guess what exactly the twist is. Most importantly, the film doesn’t take itself too seriously. It knows exactly what it is and doesn’t try to be anything more than a fun slasher with a unique story.

In summary, House on Sorority Row is a fantastic horror film where the director, Mark Rossman, as well as lead actor Kate McNeil, shine. The film is also enhanced by a fantastic score from horror legend Richard Band. It’s an extremely underrated film that is well worth the watch, and I encourage you to check it out today, streaming for free on Tubi.