Maybe it’s derivative, but “Sorority House Massacre” is still a solid 80s slasher with enough style to make it memorable and fun. 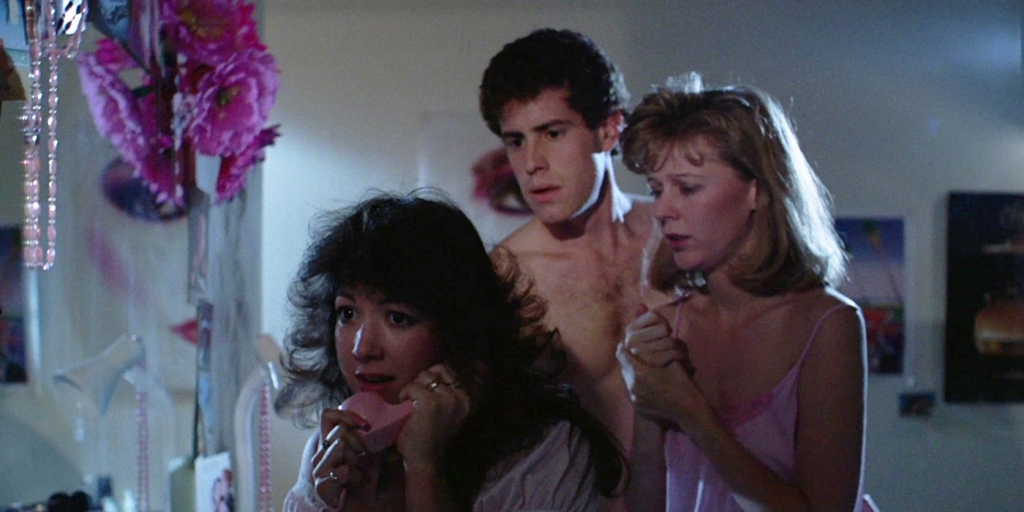 In honor of our Horror Spring Break, this month’s Tubi Tuesday recommendations are all school-themed. So far, we’ve covered Cemetery High (1988) and Ghoul School. This week, we’re taking a look at the Roger Corman produced B-movie classic Sorority House Massacre.

Who knew Roger Corman was into Universe building decades before Marvel?

Sorority House Massacre is a pretty good slasher film, but die-hard horror fans will notice that it is very similar to Halloween. How similar you may ask? Well, basically, it’s the same movie except it is set at a sorority house on Memorial Day and not on Halloween.

The film follows Beth, a young sorority girl who, due to a memory block, does not remember that her brother killed her whole family and tried to kill her when she was a child. 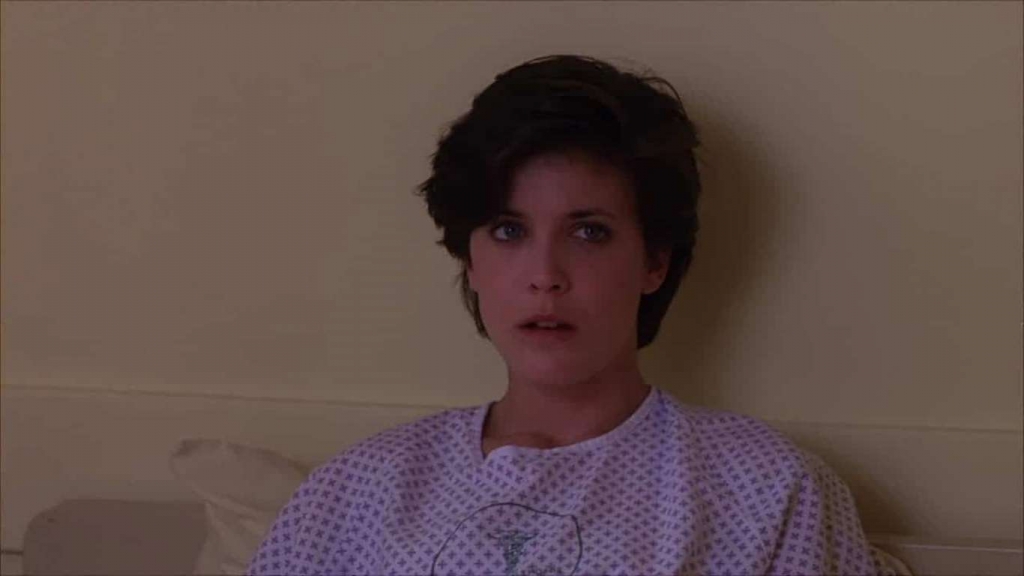 The sorority house she lives in is her childhood home where it all happened, but due to the aforementioned memory block, she doesn’t notice.  Due to a strange telepathic bond that she has with her brother, he senses she is in the childhood home and escapes from the insane asylum, making his way back home to kill his only remaining family member.

Ok, so maybe it isn’t exactly like Halloween… but it is very similar.

Where this film is different is its focus on telekinesis.

Most of the dialogue in the first half of the film is a bunch of bizarre pseudoscience about mental links between siblings and sense memory tied to location. This all culminates with Beth getting hypnotized to break through her memory block and remember her past. Just as she does, though, her brother Bobby shows up and starts killing everyone.

A common trope of slasher films is the false death of the villain. The co-eds are chased around the woods or an old house and finally get the upper hand on the knife/chainsaw-wielding maniac. They stop running, start crying tears of joy as they believe the nightmare over, only to realize the maniac is still alive as he pops back alive for one last jump scare. 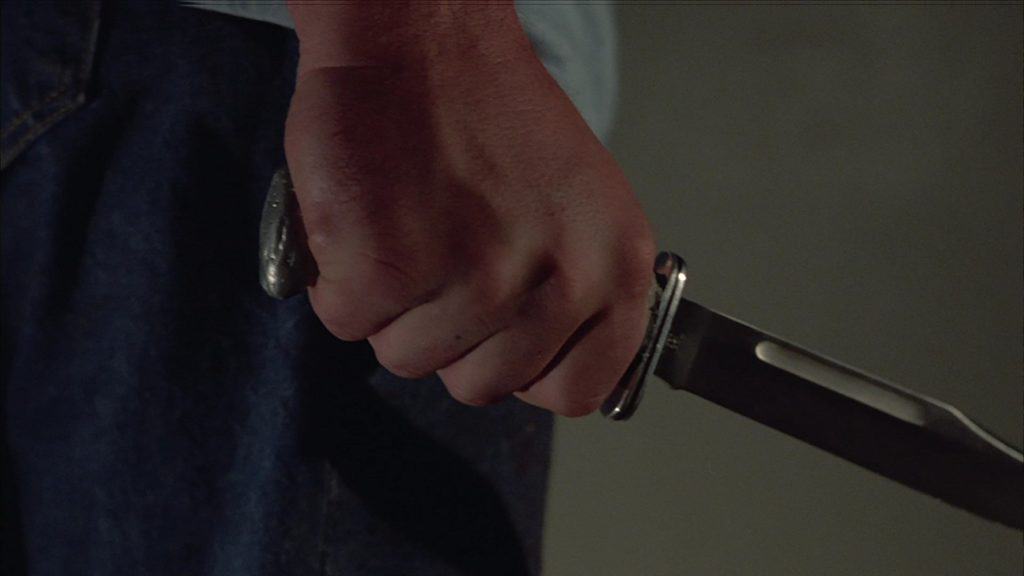 Much like many other things in this film, it’s all very overdone.

Overall, however, this is a really interesting film. Sorority House Massacre teaches us that all you need to do to have a great horror film is simply copy a more successful film, change the date the murders happen, and throw in some pseudoscience.  Check out this direct-to-home video classic today, streaming for free on Tubi.