Behind the Lens: Interview With Brandon Christensen

We chat with writer/director Brandon Christensen about his latest film, “Z”, the frightening film about a boy and his dangerous imaginary friend.

The horror film Z terrified genre fans at film fests, has thrilled Shudder fans since May, and is now widely available through digital and DVD release. It’s a film I really loved, and you can catch my full review here. I had the honor of talking to Brandon Christensen, the director, and co-writer, about his inspiration for the film, his love of horror, and how the audience can decide for themselves whether the film is psychological or supernatural.

If you haven’t yet seen Z, I recommend you watch it first before diving into this review, as we discuss details of the film. 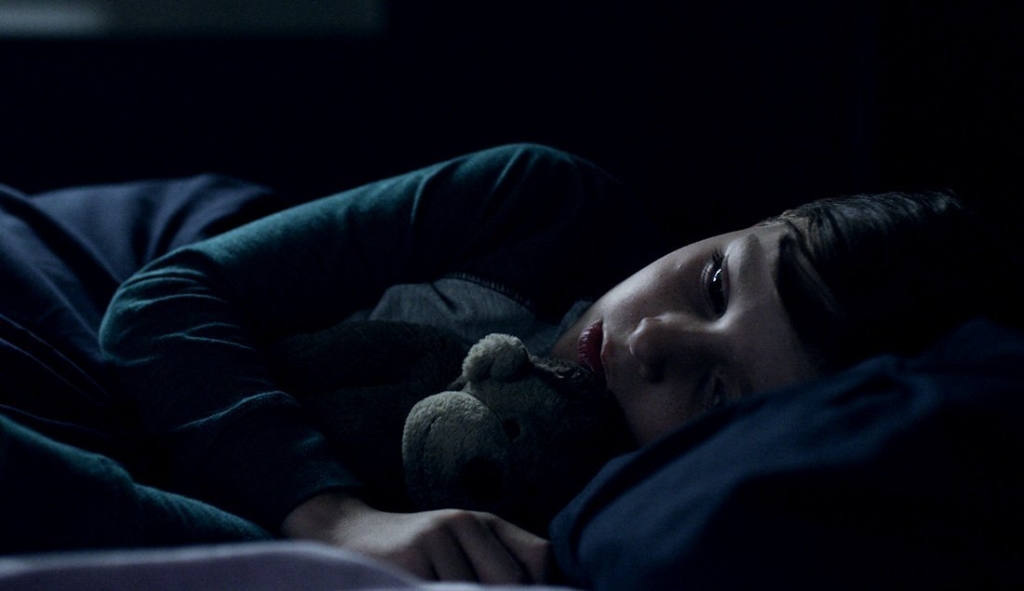 Vicki Woods: Z has been very well received, and I personally loved it. What inspired you and Colin Minihan to write it?

Brandon Christenson: Thank You! After my first film Stillborn, I was looking at this stage of my life where my son was going to kindergarten. For the first time, we were letting him go out into the world by himself, and he would learn these new things and come back home and present them to us. My wife and I were talking about this weird detachment we had as parents, and it started us talking about, what if he brought home something we didn’t approve of? And that kind of led to the conversation of, “What if, just for fun, he brought home a demonic entity?” (Laughs)

So that was sort of the impetus for the idea. More conversations led to my wife throwing out the idea about an imaginary friend, and it was just kind of a lightning bolt moment. We thought that was so interesting, a creepy kid film with an imaginary friend. I didn’t think that really existed. Then I find out Daniel Isn’t Real is shooting at the same time. A movie I really like, by the way.

So, we had a lot of conversations about what this could mean, and it just sort of led us down this rabbit hole. We wrote a first draft that was not particularly good. But then Colin Minihan jumped on board, and we kind of rewrote it and polished it. Then we spent some time figuring out what to do with the third act that was kind of lacking in my original draft.

VW: As I said, I loved the film and watched it twice, but I went around in circles trying to figure out what was going on. I know you don’t want to give too much away, for those that haven’t seen it yet, but is the imaginary friend a sort of manifestation of past abuse or mental illness, or is he actually real?

BC: I think it is totally subjective to the audience, which is intentional. I think that allowing the audience to put themselves into some of these characters will allow them to experience the film as they need to. Some people might want to watch this, and they will view it as, “Oh it’s a supernatural entity, it’s just a demon.” And that is great, maybe they can just enjoy it for that.

Then there are other people who have experienced past trauma that they tried to forget and get over, and this might have a deeper meaning for them. And if it is someone dealing with mental illness, the same thing. So, I think that there are a lot of windows that you can watch this through, and I don’t think that one of them is right or wrong. I know the film seems to end on some sort of ambiguity, but to me, as one of the writers and the director of the film, I have my own interpretation of what is going on. I hate to say it’s this or that because it kind of eliminates the possibilities for the audience. I want them to have their own experience.

VW: Yeah, I figured you would say that. LOL, I was just wondering because some of the more violent things that happen would be hard for a small child to do on his own. That made it very real for me, personally. So, was Beth abused as a child? Is that what we are seeing at the end? She seems to be retreating into being a very damaged and beaten down creature. She becomes so sad, timid, and childlike, watching cartoons, looking so insecure, and doing exactly what she is told. She obviously doesn’t think she has any other choice.

BC: Yes, I think one of the things that the film explores is the idea of losing your innocence, losing your childhood. There were a lot of things happening with her and her mother at the beginning. It is unsaid, but there is definitely not a great relationship there. She has bad feelings about her father when she sees him in photos, and there is something that happened in that office of his upstairs, that she doesn’t want to remember.

I think her mother’s passing was a catalyst for her to kind of confront her past because she is literally surrounded by it. She must go to this house and unpack it, and that is a metaphor for her basically unpacking her own childhood. She is finding things she has forgotten about her childhood because it was traumatic. And so, I think that the film takes a turn at that point and becomes more about her exploring why she has forgotten her innocence.

As a mother, she is not incredibly fun or playful, she really has to be forced into it. And I think that she lost that innocence about herself because of what happened when she was a kid. Z is making her confront her past. It is definitely intentional to have her acting very childlike at the end and watch her trying to get over something she was dealing with as a kid.