Posted by:
Tags:  based on a true story Dark Was the Night folk horror indie horror Satanic horror The Devil's Footprints Tubi

“Dark Was the Night” is a fantastic folk horror film you may have missed that really nails both the monster aesthetic and the compelling human emotion. 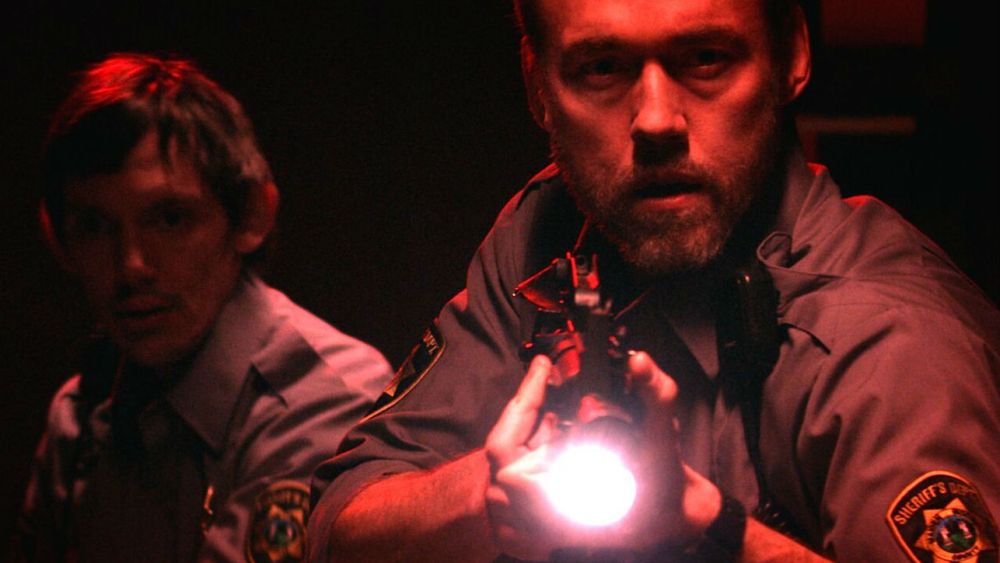 In the early days of horror, all the films were based on legend and myth handed down from generation to generation. Wolfmen, vampires, witches and voodoo zombies all found the origins in local traditions older than time.

This week’s Tubi Tuesday, 2015’s Dark Was the Night, follows in that tradition. It’s based on a strange phenomena that happened in 1855 in England, known as “The Devil’s Footprints”. Residents of a small town awoke to find cloven hoofed footprints for up to 100 miles left in the snow. Some residents said the footprints must have belonged to Satan. Others blamed kangaroos and balloons.

But let’s be serious for a moment. It was Satan. I know it. You know it. And Dark Was the Night explores that possibility.

The movie opens with a group of loggers who are attacked by an unknown, unseen something out in the woods. The next morning, we’re introduced to the local town sheriff played by Kevin Durand. He is investigating a report by a local who has had some horses come up missing on his property.

Durand is one of those actors that you have seen tons of times before, but never in a starring role. He was one of the crazies in Smokin Aces. He was also the blob in one of the X-Men movies. He usually turns up in roles where he plays a greasy side character without much importance.

For that reason you may think the acting in Dark Was the Night is subpar, but that couldn’t be further from the truth. 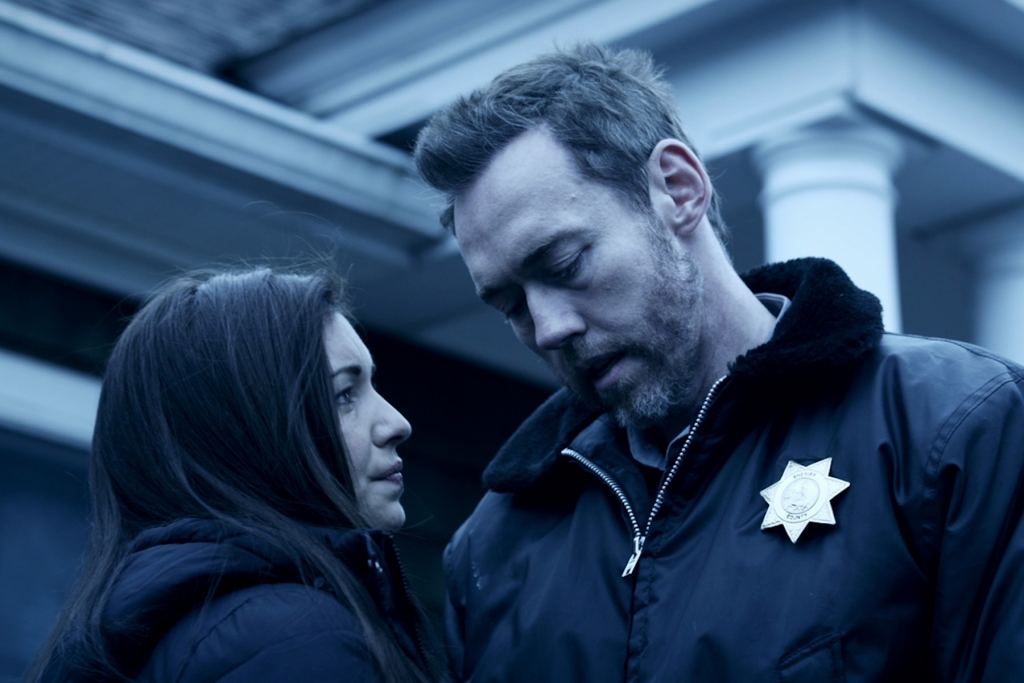 Sure, the movie is about some weird footprints that track out of the forest and throughout a small town. And people keep disappearing in mysterious and concerning fashion. But the movie uses one of the age old cinema tricks made famous by Alfred Hitchcock: The MacGuffin. It’s basically something in the story that is necessary for character development and to move the plot forward, but in the grand scheme of things is irrelevant.

In Psycho, it was the stolen money. In The Birds, it was the weird relationship drama. And in Dark Was the Night, it’s a story about the Sheriff who is separated from his wife after the death of one of their children — and how they are trying to piece their life together after such a tragedy.

This is where Kevin Durand and the rest of the cast shines. While ancient forest monsters are plucking townsfolk from their homes in the middle of the night and everyone is terrified, you are drawn in by the human story playing out at the same time.

Dark Was the Night is a fantastic, under the radar, hidden gem of a folklore-based horror film.

It really nails both the monster aesthetic and the human emotion needed for a film to excel. The heavy reliance on the human story turns the monster side of this into a bit of a slow burn. But there is fantastic payoff when the monster and its motivations are finally revealed.

It’s true that Tubi has plenty of schlock. And if you’ve been following along with the series, you’ll know my suggestions have leaned heavily to those type of movies lately. But, as fun as those films are, the real advantage to Tubi is their ability to provide access to often overlooked independent films like Dark Was the Night.

If you’re looking for something different to watch this week — something unexpectedly great that may have flown well under your radar — be sure to check out this worthwhile indie gem for free on Tubi.