Low Budget, low logic, high on denim; “Seedpeople” is a wonderfully campy B movie that is the perfect fix for your “so bad it’s good” cravings. 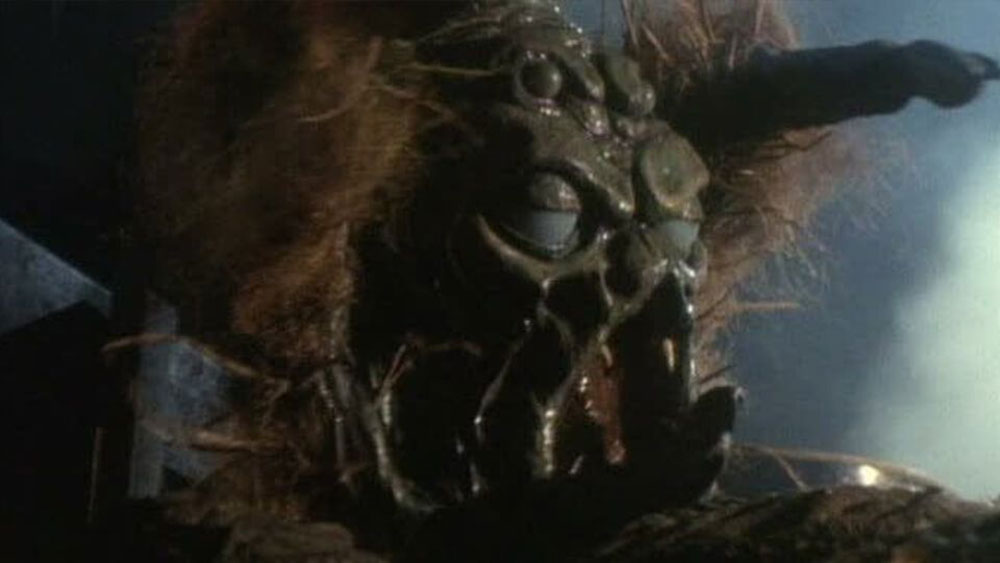 Before we jump into this week’s Tubi Tuesday, we are going to have to take a moment and use our imagination, if only for just a moment.

I want you to imagine Invasion of the Body Snatchers — but made in the early 1990s with a $4.25 budget. I want you to imagine this low budget Body Snatchers was produced by Charles Band, aka The Full Moon Productions, Puppet Master guy. Let’s dive deeper into our imaginations as we imagine every character in the film wearing an unnecessary amount of denim. Seriously, shirts, pants, coats – the whole entire Canadian tuxedo.

Lastly I would like you to imagine some of the most Power Rangers-esque creature effects you could ever imagine. 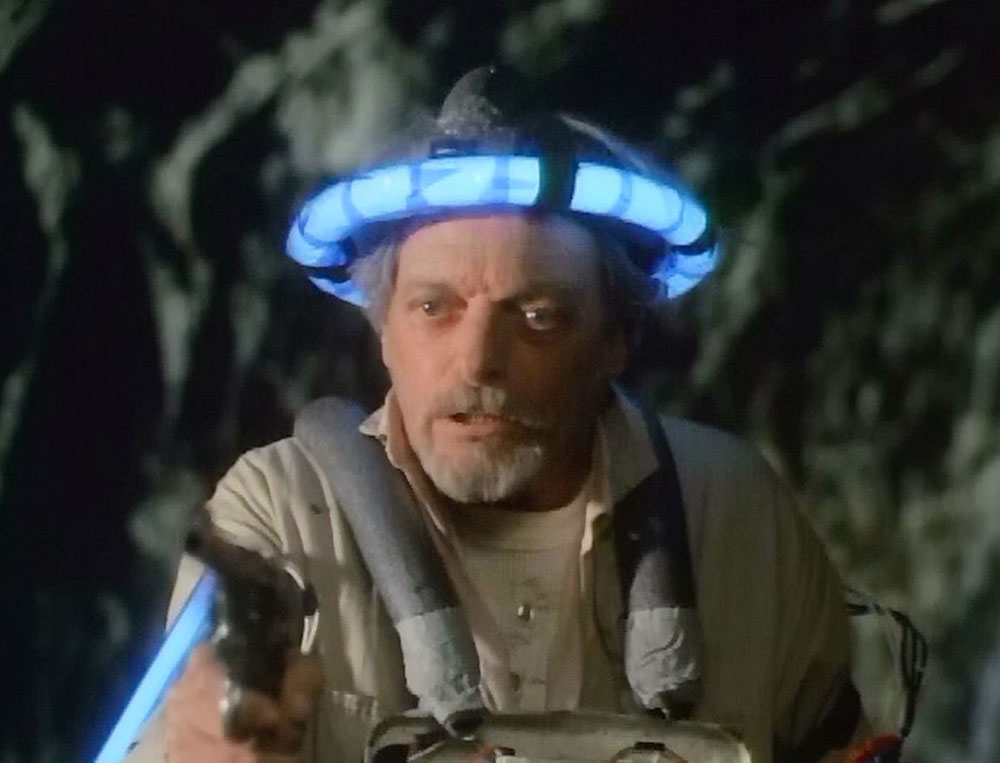 With those ingredients in mind you should have a clear picture of a fantastic cheesy B-Horror movie.

If not, then have no fear. Because what we have been imagining is this week’s Tubi Tuesday recommendation, Seedpeople, the 1992…uhm…classic?

The film is set in the small town of Comet Valley, where the only way in or out is across the Comet Valley bridge — which just so happens to be under construction the next 3 days. Seedpeople follows Tom, aka Denim Dan, a meteor scientist, as he investigates some strange occurrences in the small town. Now these strange occurrences are your standard body snatchers fair. An alien plant thing is spraying goop on humans and taking over their bodies. 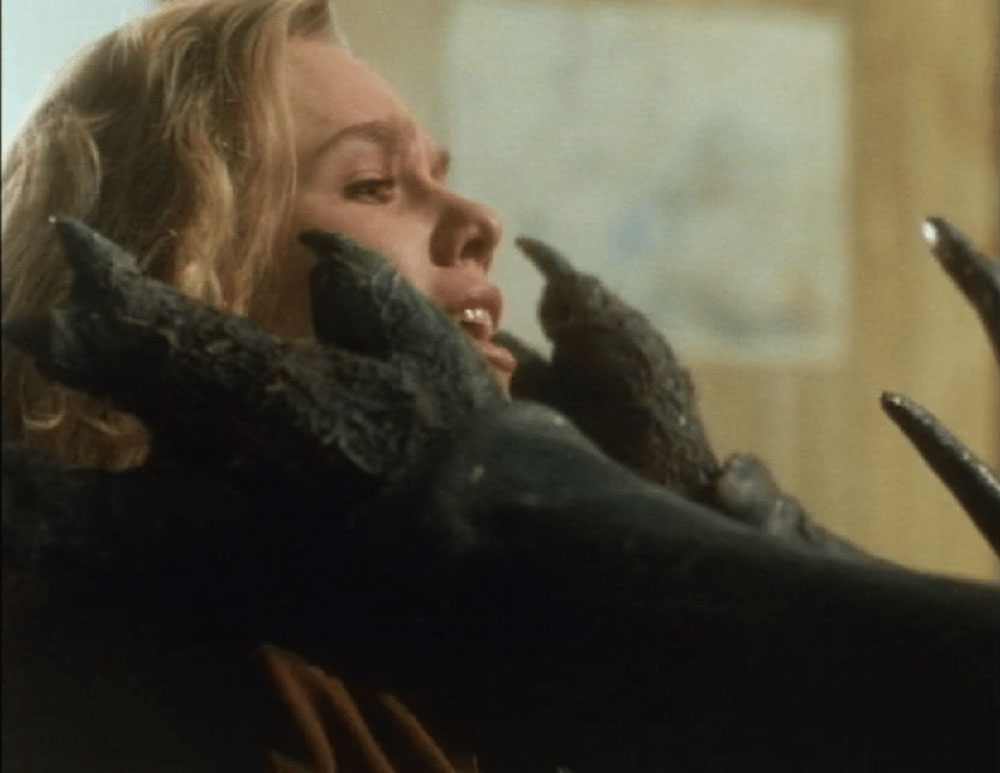 I know, we’ve seen this story hundreds of times. But have you ever seen it with cartoonish, Power Rangers monsters? Probably not. The key difference with Seedpeople is that once you are body snatched or whatever, you can transform into a seed goblin.

The plot doesn’t really matter. You can probably guess all the plot points if you’ve ever seen a body snatchers movie.

The joy of this movie is cheesy effects, questionable acting and a bizarre plot.

You see, apparently a comet flew by earth thousands of years ago and dropped seeds. Now, when the bridge is closed, the seeds are blooming and taking over people’s bodies. And the only way to harm them is ultra-violet light. This makes zero sense as the sun emits ultra-violet light. But Seedpeople science says that only a stand alone Ultra-Violet light can harm the Seedpeople. 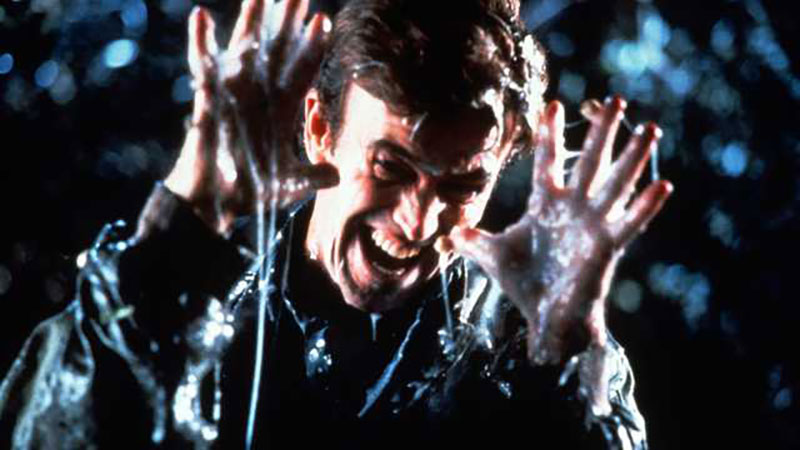 And oh by the way, if you don’t want a Seedperson to read your mind, well just get an ultra-violet light halo around your head and you’re safe.

Now Seedpeople is supposed to be a horror movie.

And it was to my 6-year-old. But anyone older than 6 will get a good laugh.

On the other hand, if you are in the special effects industry, you’ll be absolutely fascinated!  The effects in this one are great! Not the monsters…I mean, those plastic things are terrible. But the effects are great! The oozing pod that slimes a guy to death. Or the other pod that seed sprays a guy to death are standout performances in an otherwise low quality movie. 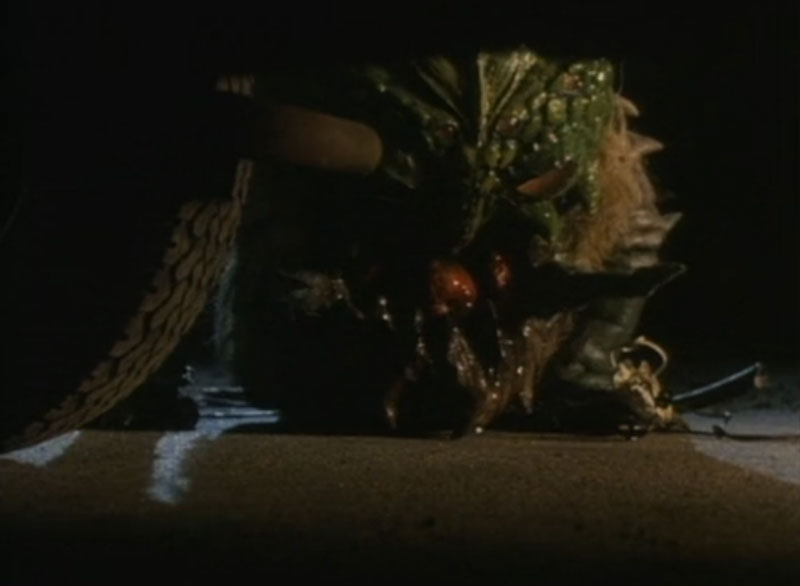 People always say to me, “Bro, why are you always watching these BAD movies?” And it’s simple. It’s because they are so goddamn bad!

It’s because of the troll shit they put in this movie that has me dying laughing!

Seriously, the Seedpeople can’t read your mind if you have an ultra-violet light halo? I get it, the light hurts them. But their mind reading powers can’t cut through light?  And also, shooting the Seedpeople doesn’t hurt them. Only chopping them up into pieces does because, “You don’t shoot a plant to kill it, you chop it up.” 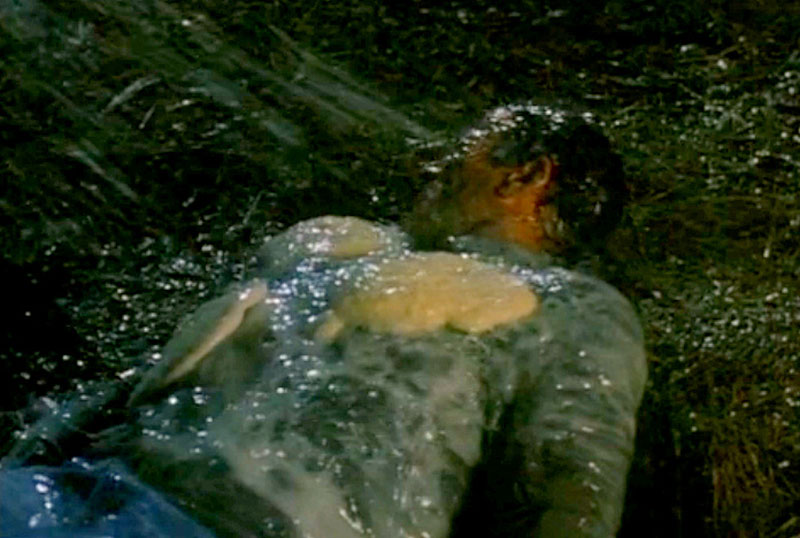 The in-movie logic and science of Seedpeople is lightyears ahead of us puny humans.

If you are looking for an absurd, troll of a movie to watch this week, Seedpeople is now streaming on Tubi.