The Santa Claus versus Krampus movie you always wanted, “Slay Belles” is a modern, millennial take on the traditional battle between good and evil.

In honor of the holiday spirit, all of this month’s Tubi Tuesday suggestions are holiday-themed.  This week, we will be celebrating Christmas Eve by highlighting a fun little indie horror film about three cosplay girls working with Santa to defeat Krampus in 2018’s Slay Belles.

I’m totally uncertain on the motivation behind it, but it seems like a lot of holiday horrors are tongue-in-cheek comedies. Maybe it’s natural; you have to be a bit tongue-in-cheek to have a holiday horror in the first place. It’s possible that creators are just following the lead of the Leprechaun series.  Either way, Slay Belles fits that mold by cleverly blending horror, comedy, and the holiday spirit. 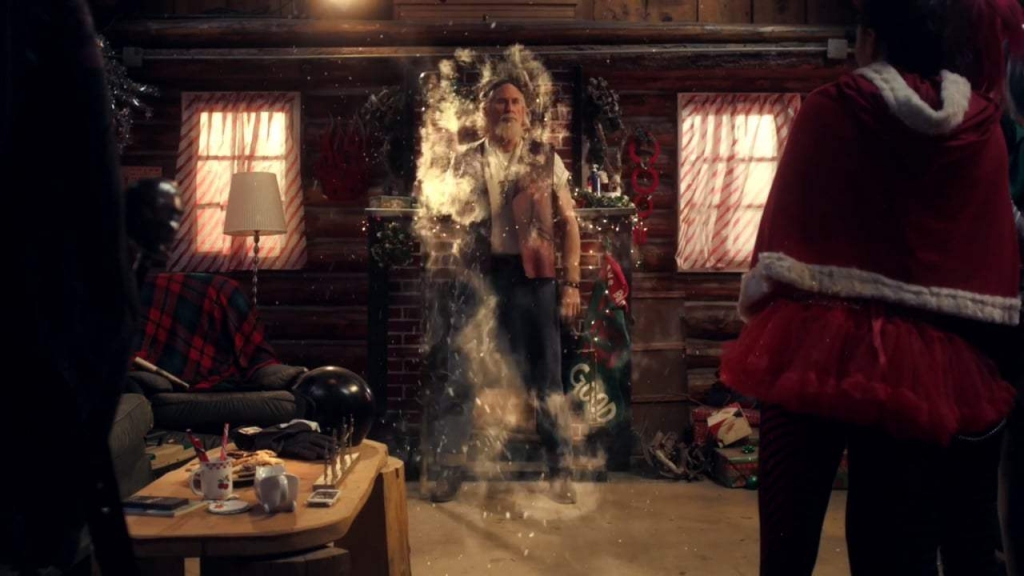 What makes Slay Belles truly unique is the execution of a story like no other.

The plot follows three young ladies, The Adventure Girls, who suit up in their favorite cosplay to do urban exploring for their social media channel as they stumble upon a war as ancient as time itself; the war between Santa Claus and Krampus.

You see, Santa Claus (Barry Bostwick) is real and has been living in secrecy in Southern California at an old theme park, Santa Land.  Disguised as the drunken, tattooed biker, Nicholas, the man from the North Pole has been keeping Krampus trapped at Santa Land — at least until Alexi, Dahlia, and Sadie show up and let him loose to reign terror. Unique indeed!

Most holiday horror just focuses on someone dressed as Santa going on a rampage, or more recently, on Krampus folklore. It is an interesting take to put the two against each other in a Freddy vs Jason way. Kudos to the film’s creators!

Usually, these low-budget films rely heavily on CGI for their monsters, and it looks cheap — so the beast is always hiding in the shadows. If CGI isn’t used, often the monster is rubbery and looks like a man in a suit, so filmmakers tend to use the age-old trick of keeping the monster lurking in the dark. 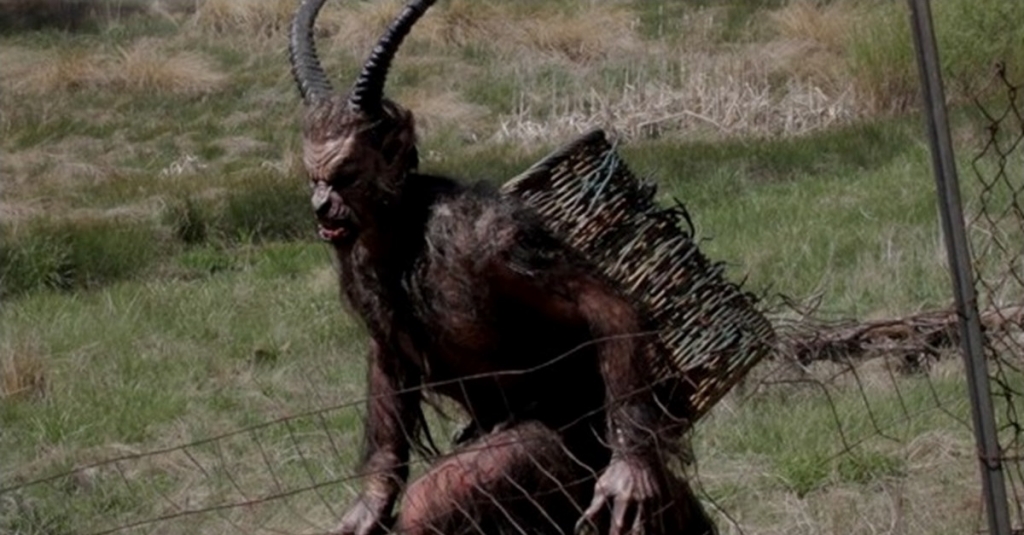 This Krampus isn’t a gigantic, hulking brute that has to be hidden away.

This is a more human-sized Christmas beast that they show in full daylight multiple times.  As a fan of low-budget ‘80s horror, it’s great to see practical effects being used in modern low-budget/indie horror films. Back in the ‘80s, these low-budget films were praised instead of relegated to B-movie status instantly. To get these modern movies out of the dark and into the light, much like the monster, practical effects should be used ahead of CGI.

In the gore department, this one ranks fairly low, as there are only two onscreen deaths. However, where it lacks in bodies it makes up for with great creature effects, a unique story, and an outstanding performance from the cast. 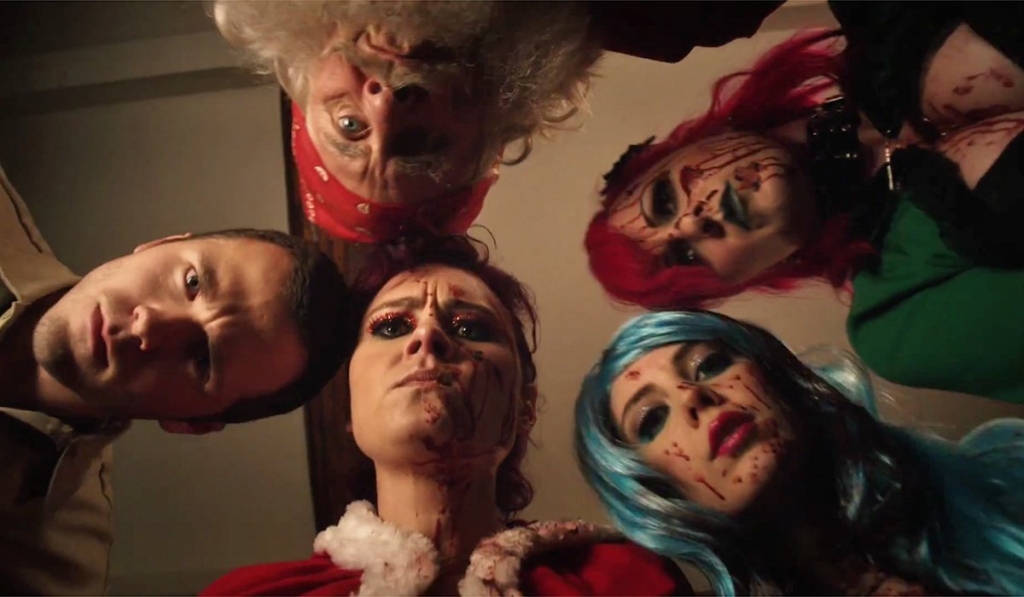 Other than Barry Bostwick, most of these actors don’t have many film roles under their belts, and most of them don’t even have pictures on IMDb. Usually, this spells disaster for a low-budget film. But the trio of Kristina Klebe, Susan Slaughter, and Hannah Wagner work fantastically on screen as believable, unique characters devoid of cringe dialogue and unnecessary nudity.

Not to mention, Barry Bostwick steals the show as the drunken, tattooed biker/jolly old Saint Nick.

If you are looking for a great way to get in the Christmas spirit while supporting independent horror and enjoying a few laughs, check out Slay Belles, now streaming on Tubi.