Extend your celebration of Women in Horror Month by catching a classic from Ida Lupino, a pioneer of genre filmmaking and women behind the camera. 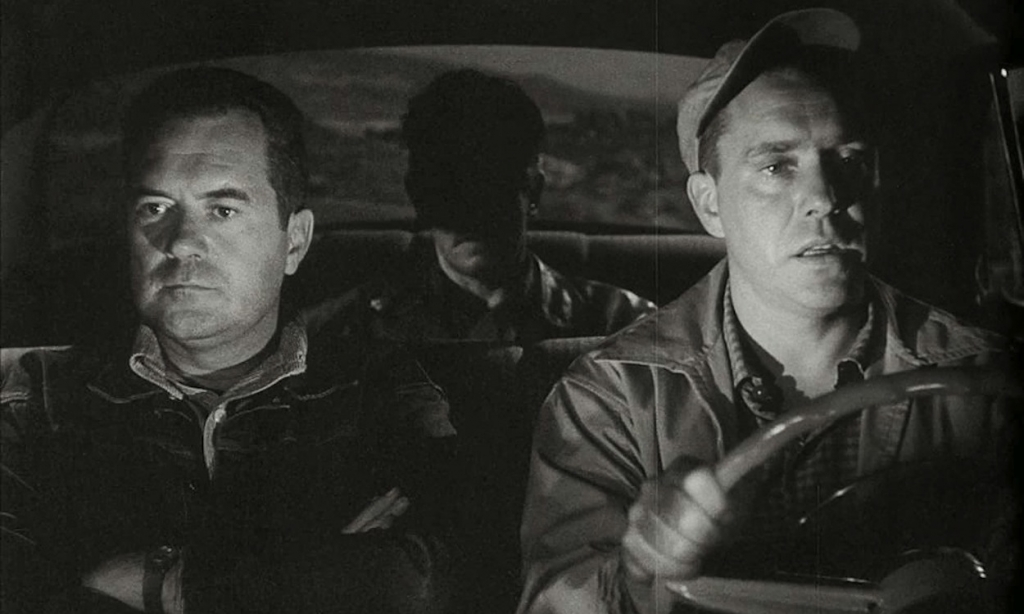 Words cannot express how much I enjoy exploring the vast library of movies streaming for free on Tubi. Even more than that, I love sharing these movie recommendations weekly with the world via this column.

This week’s entry is something a bit older than most of my weekly recommendations, but it’s a testament to the variety of films available on the Tubi platform.

The big players in the streaming world tend to focus on newer films. For example, Netflix only has one pre-1970s horror film. Meanwhile, Tubi has a wide variety of films from earlier decades, including over 40 from the 1950s. And that happens to be the decade from which this week’s Tubi Tuesday pick was made: 1953’s The Hitch-Hiker.

Inclusion is a big topic of conversation in the modern world, and it may shock folks to find out that this 1950’s era film was directed by a woman — only 30 years after women were granted the right to vote in the United States. 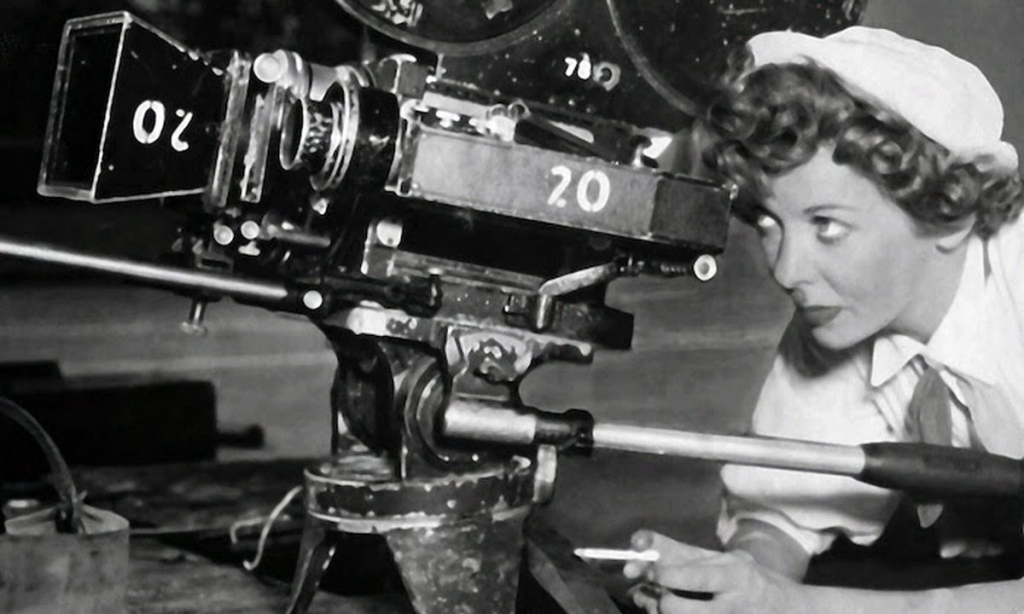 Ida Lupino started her career in Hollywood in 1931 at the age of 14. Throughout her career as an actor, she often found herself at odds with the studio heads, at that time the actual Warner brothers. She would push back hard on roles that she considered beneath her and would agitate directors with script revisions.

Finally, in 1942, she was suspended from Warner Bros. Studios for refusing to act opposite Ronald Reagan.

Exiled from the acting world, she began instead taking the helm of the directors chair. She began making films about social issues, including one of the earliest film to deal with the topic of rape, 1950’s Outrage. Three years later, she became the first woman to direct film noir with The Hitch-Hiker.

A true pioneer, Lupino continued her career in Hollywood into her 60s before passing in 1995 at the age of 77.

The Hitch-Hiker, which at the time was considered a film noir, is also a very early proto-slasher film. 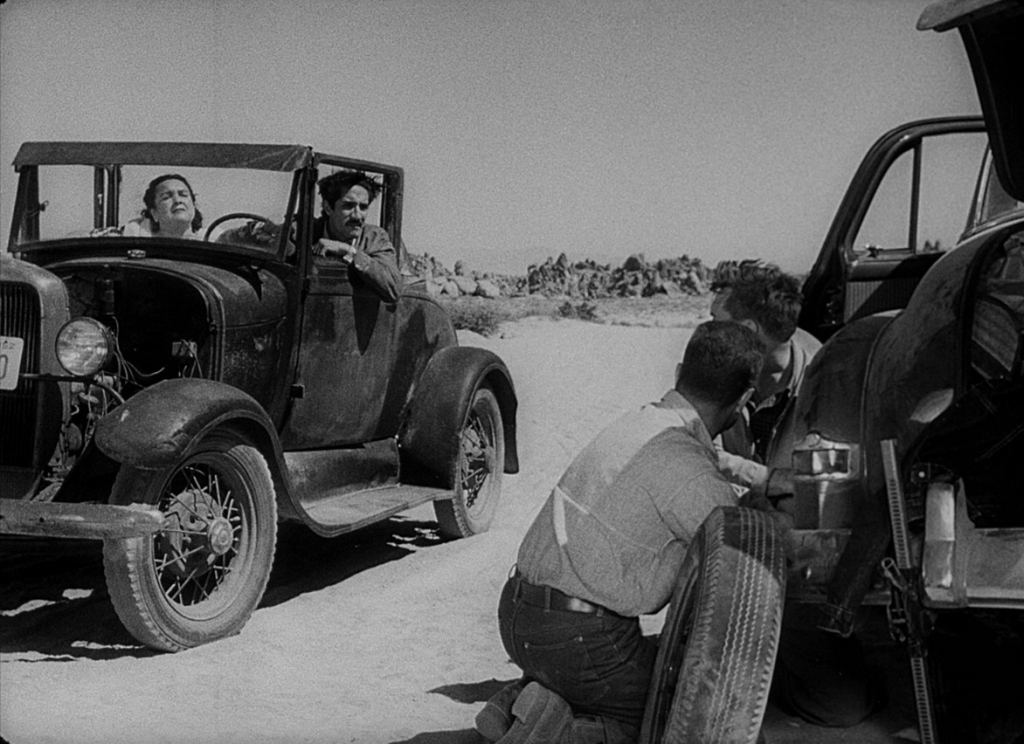 This film went on to influence future road horrors like The Hitcher and Joy Ride. Based on the true story of notorious spree killer Billy Cook, the story follows two friends, Roy and Gilbert, who come across a mysterious hitchhiker, Emmet Myers. Little do they know, Emmet has been on the road hitchhiking for sometime now and the results are always the same. When he gets where he is going, he kills the people who picked him up.

This movie jumps right in after the opening credits as Emmet jumps in the car and pulls the gun on the pair of good samaritans, forcing them to drive deep into the back country of Mexico where he is planning his escape, and their murder.

While a guy with a gun might not be the scariest thing in the world, this movie really cranks it up a notch. 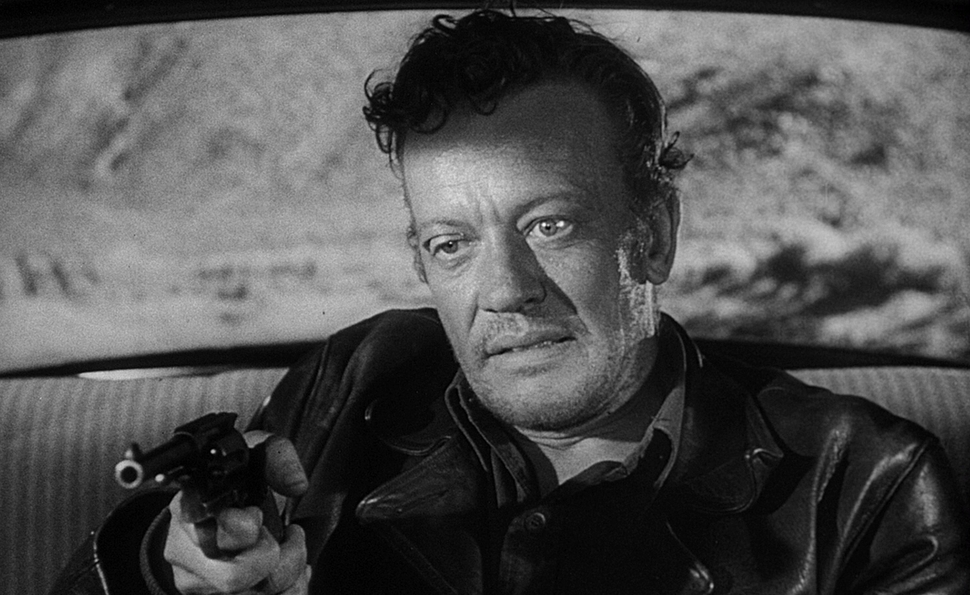 One of Emmet’s eyes has paralysis which causes it to remain open, even when he sleeps. As Roy and Gilbert sleep, they try to plot their escape. But they don’t know if Emmet is asleep or awake, as his one eye is always watching. This is a fantastic little detail which makes for a more tense film.

Like many older films, the pacing may be problematic for some viewers. And modern viewers may take issue with how tame it is compared to today’s standards. Having been made in the 1950s, at the height of Hayes Code enforcement, don’t expect anything particularly gruesome to be shown on screen.

However, it’s a fantastic film by a pioneering female director in the horror — or horror adjacent — genre. And it’s definitely worth checking it out while it’s streaming for free on Tubi.