A true-crime tale that actually softens reality, directed by one of the most influential and groundbreaking Women in cinema history. 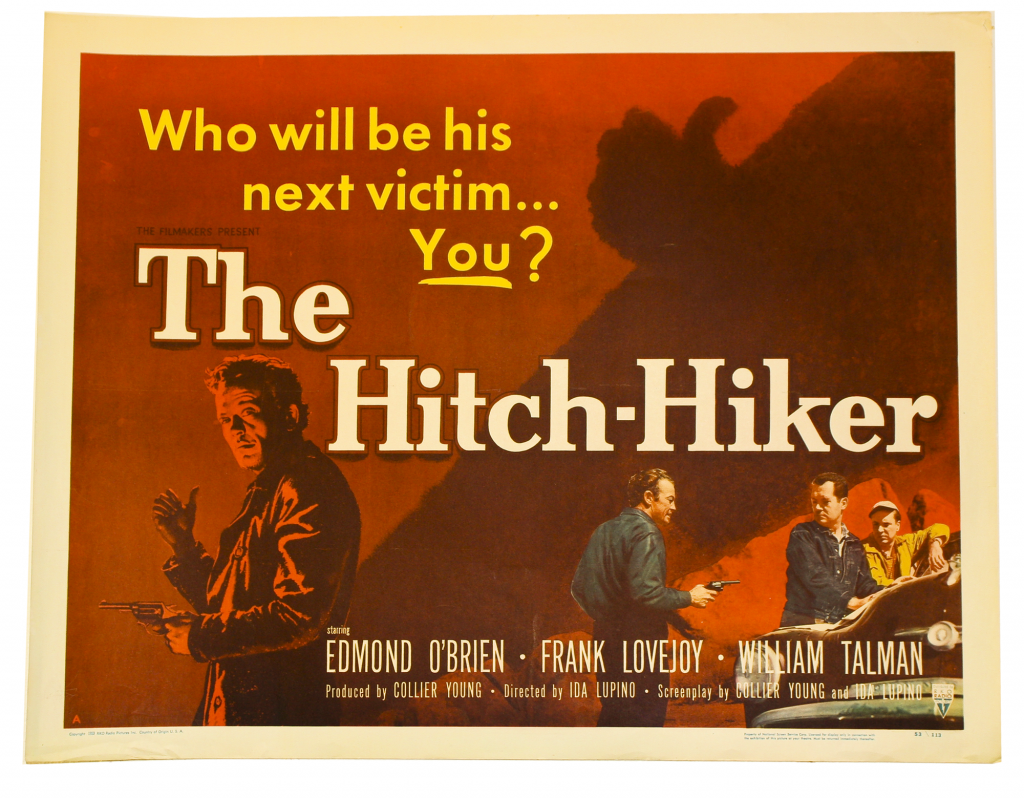 Two men pick up a hitchhiker who ends up being a psychotic killer. Let’s dig into 1953’s “The Hitch-Hiker“, directed by Ida Lupino!

Those are the words of none other than Jim Morrison. One of the most influential and polarizing artists of the twentieth century. They refer to the story of Billy “Cockeyed” Cook. The merciless “spree killer” who murdered seven people including three children, for little more than boredom and anger for drawing the short stick in life.

His crimes were perpetrated in 1951, and it was just two years later that they were turned into a Hollywood film.

Focusing on his last exploits before capture in which he kidnapped two men, the portrayal of Cook (here renamed Emmett Myers) is realistic, down to the bad eye and his pathetic nature. 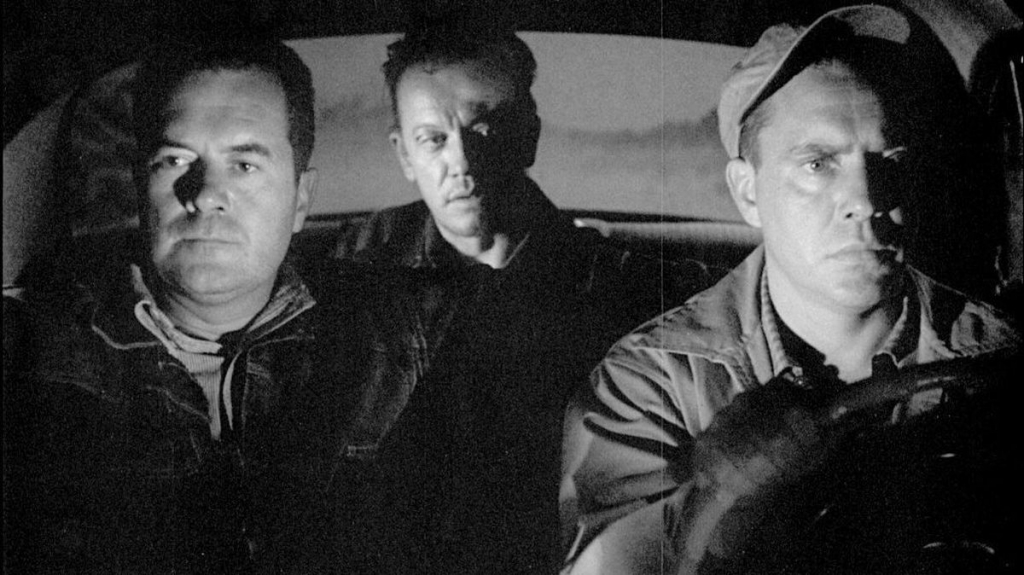 A very economic setup is shot well with some expert-level horror tricks (the killing happening just off-screen but having the same impact). There is a real understanding of where the gaze should go as we cut around the cast and tension.

I would say my biggest gripe would be with a scene towards the end when Collins is cutting the hitch-hiker down for being the pathetic loser he is, who only holds power while he wields a pistol. Unfortunately, we cut away from that so quickly the weight does not sink in.

By modern cinema standards, the climax is anti-climactic, but it is satisfying.

These are stars of the past, and it takes a certain type of motivation to dive into their catalog. For those with interest, I would suggest starting with Director (and actor) Ida Lupino’s filmography — specifically her work that covers heavy social issues such as rape, like Outrage, which she co-wrote with Collier Young who also wrote this film.

The killer is obsessed with not talking “Mexican” even while traveling through Mexico. It gets so repetitive it becomes distracting. 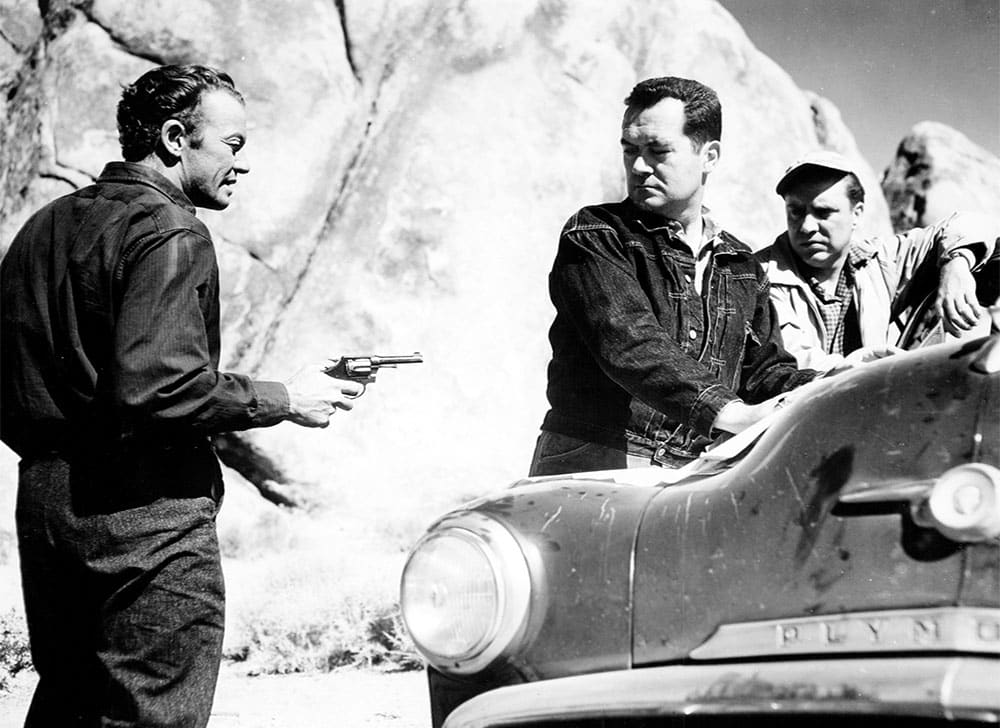 The casting is phenomenal. William Talman, cast as Emmett, has a rough enough look to pull off the reprobate killer and his impotent eye was so subtly done with make-up/effects that it looks realistic.

I can’t imagine a contemporary take on this true story of grisly murders would take the back roads as they did in the fifties. I’m sure we’d be subjected to the unwatchable slaying of his younger victims, which I have no time or stomach for.

It may have set a standard for hitchhiker films. You may be able to say The Hitcher, possibly The Texas Chainsaw Massacre, and even the Farrelly Brothers’ There’s Something About Mary (Harland Williams’ hilarious serial killer) pulled some inspiration from the trope that was set here. But none of them dared to trek into Billy Cook’s depraved mind.

Kino Lorber released the Blu-Ray with the original striking cover art and, at the time of publishing, it is available for a very reasonable $7.99. You can also stream on Amazon Prime, Hoopla, Tubi, Vudu, Kanopy, Pluto TV, Dark Matter, and Plex