They Mostly Podcast at Night: Signs (The Mamas Special)

Women in Horror Month may be over, but we’re celebrating our love of horror with the most important and influential women in our lives: our moms!

Academy Award-winners Mel Gibson and Joaquin Phoenix can no longer ignore the signs in this 2002 sci-fi horror film about faith, kinship, and extraterrestrials. 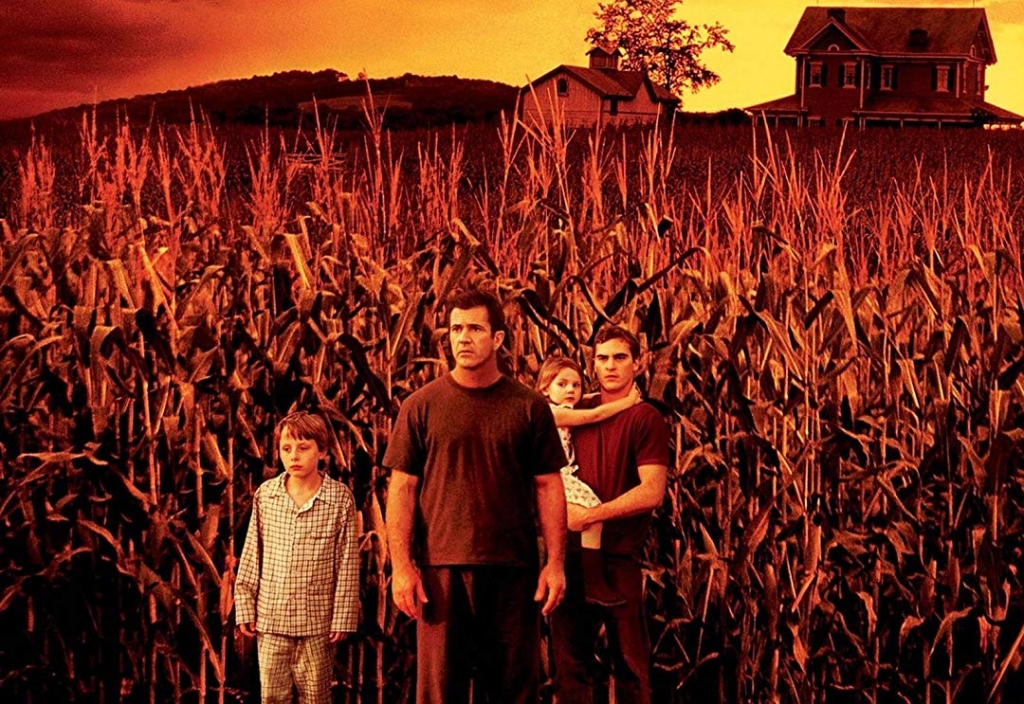 This week on They Mostly Podcast at Night, grab your tinfoil hat and run for the cellar! There you find Chaos and Carnage hunkered around a zippo and a baby monitor. On the floor before them is a map of corn fields, with carefully drawn crop circles.

Both turn their faces to you. “It’s time,” Chaos utters dramatically. “We’ve seen the Signs,” Carnage continues. “With our mommies.”

It’s a very special episode this week. Carnage couldn’t be here due to illness, so instead of our previously planned episode discussing The Fog, we’re pulling out a special episode we’ve been waiting to air! 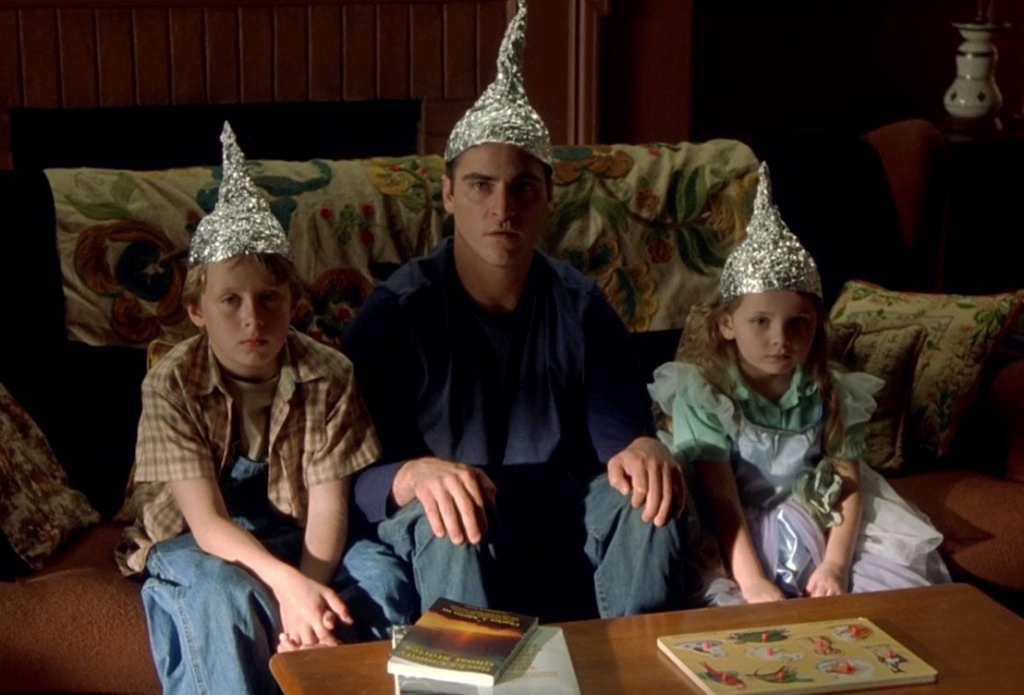 Shyamalan brings us his first alien/sci-fi twist, Signs, the tale of a former reverend, Graham, with two young children, who lost his faith after the town’s vet drove into his wife, whose random, nonsensical last words now haunt the widower.

Graham lives in a big ole farm house next to a corn field. Strange disturbances at night on his roof and in his corn field has the family and their dogs on edge. Mel thinks it’s just local pranksters at first, but as events escalate, he realizes the ‘pranksters’ aren’t human.

It turns to Graham to keep the family together as their worst fears are realized. Aliens. What do they want? Why are they here? Can they or can they not read our thoughts through tinfoil?

Well, go watch the movie, and then come back and join us with our special guests this week: our moms. 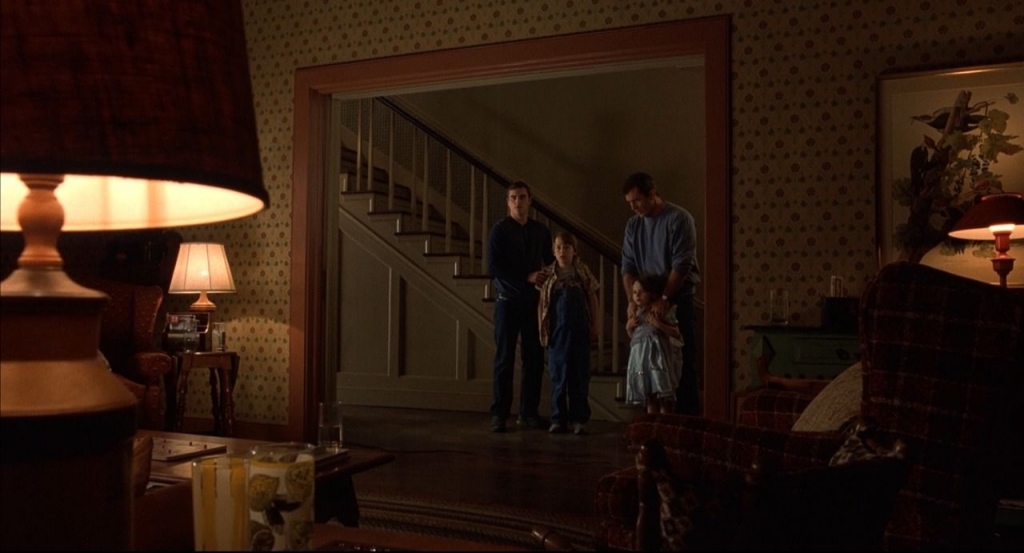 We ask the tough questions on this show, like why would you tell small children that their house looks just like the one in the picture that’s on fire and under attack by aliens? Who just cuts off a being’s fingers just because they appear under a door? And what is Shyamalan’s deal with the color red? Carnage can’t let this one go.

Mama Chaos has been instrumental in Chaos’ horror fandom from childhood. The horror movie that impacted her the most at a young age was The Spiral Staircase. Mama Carnage regularly listens to the podcast, when her daughter makes her. Her childhood was most impacted by 1931’s Dracula with Bela Lugosi.

Check out the trailer for Signs below. And if you haven’t seen it, or if it’s been a while, be sure to catch up on the film before listening to this spoiler-y podcast. It’s currently streaming on Hulu. It’s also rentable on Prime, YouTube, and Vudu.

Join us next week for John Carpenter’s The Fog, currently streaming on Shudder.