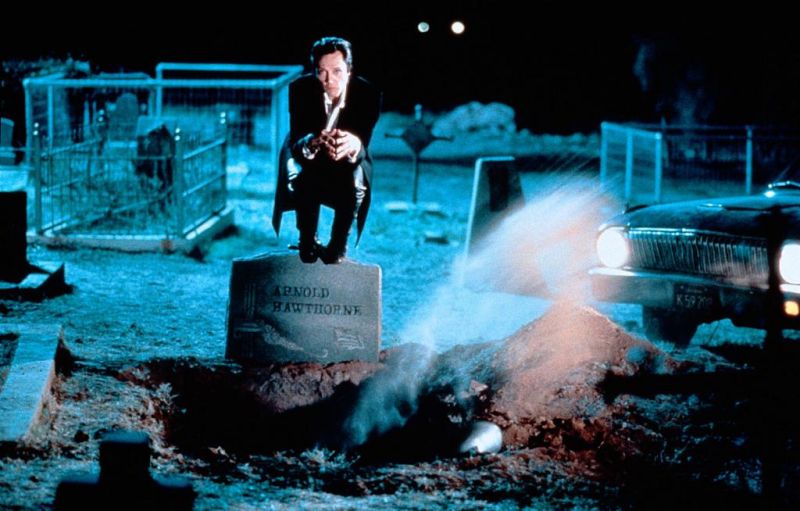 This week’s recommendation is a supernatural horror film featuring an all-star cast and a very memorable villain, all of which are obscured by a bizarre and complicated story: 1995’s The Prophecy.

There are so many well known actors in this film, it’s almost mind boggling.

The most famous, and the one commonly associated with the film and its various sequels, is Christopher Walken. As the main antagonist of the film, Walken plays the archangel Gabriel who has come to conquer earth. But there’s just one problem, he can’t drive.

Seriously, there is a whole plot point in this movie about how this super powered, super intelligent, archangel — who somehow knows everyone’s name — can’t drive. So he has to recruit suicide victims at their moment of death to drive him around. First, it’s Jerry (Adam Goldberg), who is soon followed by Rachael (Amanda Plummer).

Gabriel, much like he is described in the Book of Revelations, also carries around a trumpet that he occasionally plays. Yeah, it’s weird.

The archangel’s main goal is to track down a soul of a brutal Vietnam lieutenant and use said soul to bring forth some sort of prophecy about angels inheriting the earth from humans.

Enter another familiar face: Eric Stoltz in the role of the angel Simon who finds the soul. Although Simon is a nigh indestructible angel, he kisses a young Native American girl and puts the soul in her for safe keeping.

Now this whole “fallen angel who looks like a homeless guy chilling with elementary school girls” doesn’t sit well with the girl’s teacher, Katherine, played by the always stunning Virginia Madsen. She promptly calls the police to warn them about the strange occurrences in the small town.

This brings us to the character you would be very reasonable to assume is the main protagonist of the film (spoiler alert: he’s not), Thomas Dagget, played by Elias Koteas.

Thomas is a former priest/religious scholar/no nonsense Los Angeles detective who has been investigating some strange spiritual-related crimes where all the victims are hermaphrodites who have no bones, organs or eyes — and who, at a genetic level, are no different than an unborn fetus.

Armed with a spooky old bible — with an extra chapter that discusses a second war in heaven and angels trying to conquer earth — he leaves the big city behind and heads for the countryside to aid Katherine in saving the young girl and battle the archangel Gabriel and save mankind.

The truth of the matter is that neither the good detective or the scantily clad school teacher can do anything to stop this suave archangel. In fact, the true hero of the film is actually Lucifer.  Yeah, that’s right. When all seems lost, it’s Lucifer that actually has to come to the rescue of mankind.

Viggo Mortensen takes a turn as one of the best portrayals of Lucifer in film history. 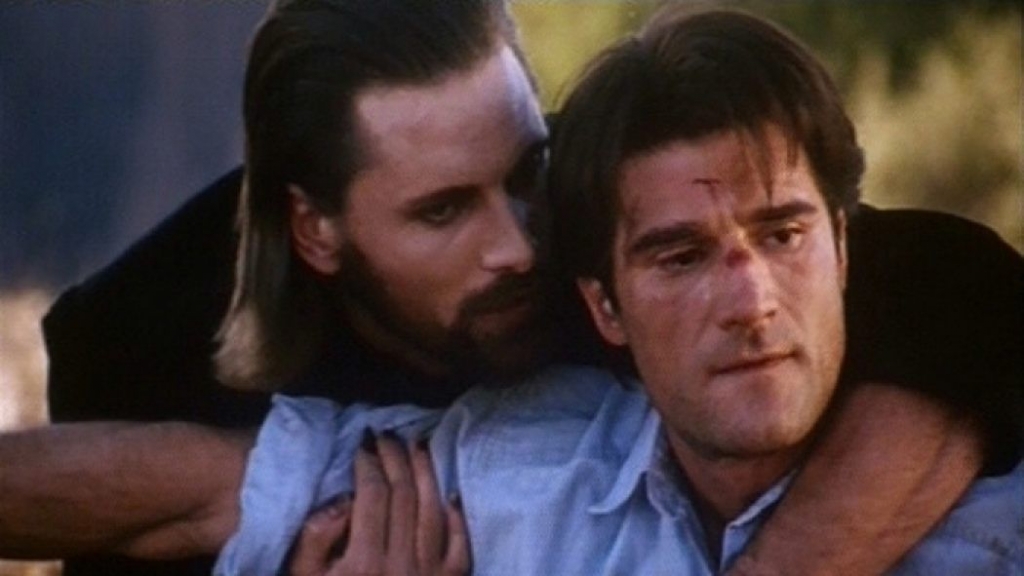 Overall, this is a really, really weird movie.

The film crams so many details into its run time in an attempt at world building. However, it spends too much time on boring details, like focusing on the priest cop, and not enough time on really intriguing things like Angels using suicide victims to drive them around the city.

It’s like a bunch of great ideas were thrown into a blender, and then the movie studio just supplied all the money they had to get every star imaginable thinking that it might help make the film better. And, honestly, it works for the most part.

Check out this perfect example of 90s peculiarity streaming now, for free, on Tubi.