They Mostly Podcast at Night: The Prophecy

This week on the podcast, join Chaos and Carnage for a wicked trip back to the 90s for the star-studded supernatural horror film “The Prophecy”. 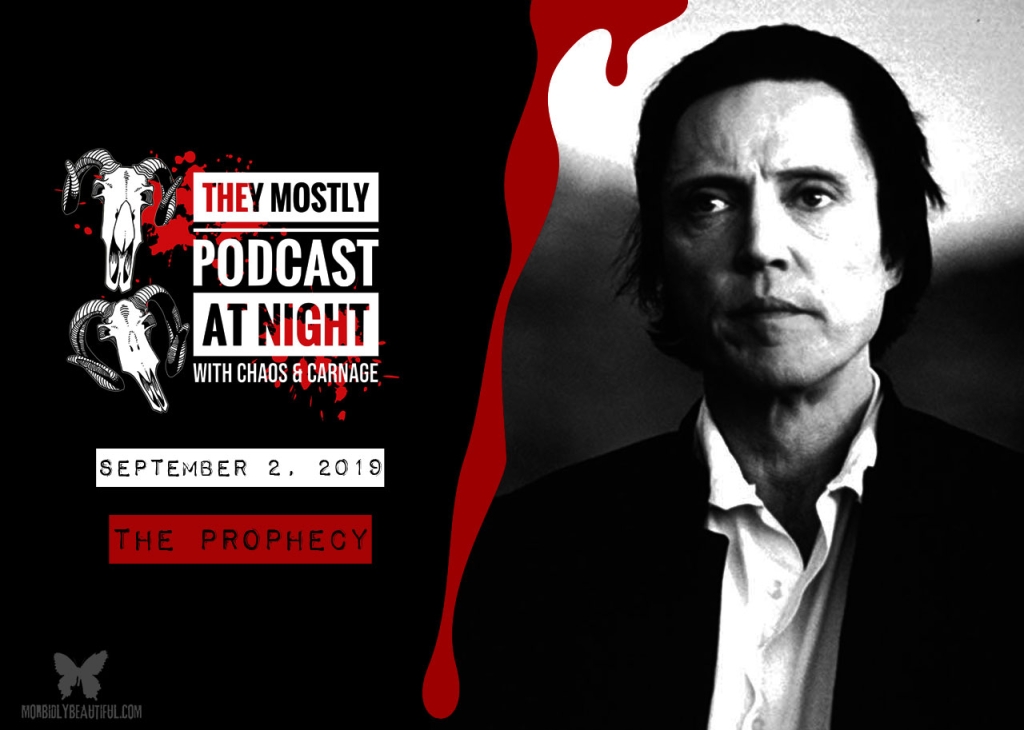 Marked by Fate, Doomed by Prophecy… Time is Running Out for This Podcast!

On last week’s episode, we had a devilish good time with the Netflix horror comedy, Little Evil. But we’re not done sinning yet!

This week, grab your trumpet and St Christopher medal and jump into Chaos and Carnage’s convertible for a road trip to Arizona to catch a dark soul and stop an angel war in Chaos’ pick, The Prophecy!

“Christopher Walken and a lot of other awesome actors made a movie… but things went awry.” – Carnage’s five second summaries.

Join Chaos and Carnage as we break down this 90’s supernatural horror with a hint of black comedy (the movie, not ours) starring Christopher Walken, Virgina Madsen, Elias Koteas, Viggo Mortensen, Eric Stoltz, Amanda Plummer, Adam Goldberg, and Steve Hytner. Wow, is this an all-star cast! Wait, what were we talking about?

Angels are coming down to Earth like they own the place and leaving carnage in their wake as they duke it out for the dark soul of a deceased military man. The angel Gabriel is leading the resistance in a second war in heaven we just never knew about, and he wants this soul to turn the tide and lead his forces to victory. 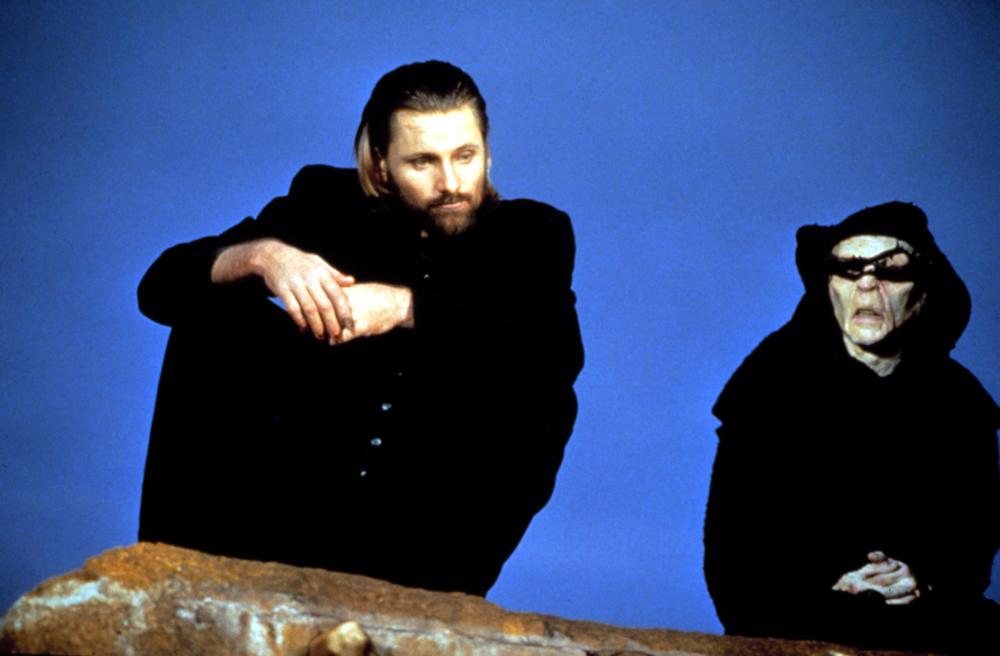 A seminary student turned LA cop, Thomas Dagget, gets called to the scene of a murdered angel and pulled into the middle of angels Gabriel and Simon’s conflict (it’s called family therapy, my dudes, check it out).

We take you through the movie plot, offer trivia and behind the scenes info, find some fanfic to go along with it (it’s like movie dessert!), rate and review.

Check out the trailer for the film below. And tune in next week for the Carnage pick, The Witch (2015)!