The notoriously bad “Manos: The Hands of Fate” has a production history as strange as the film itself, making it a b-movie fan favorite. 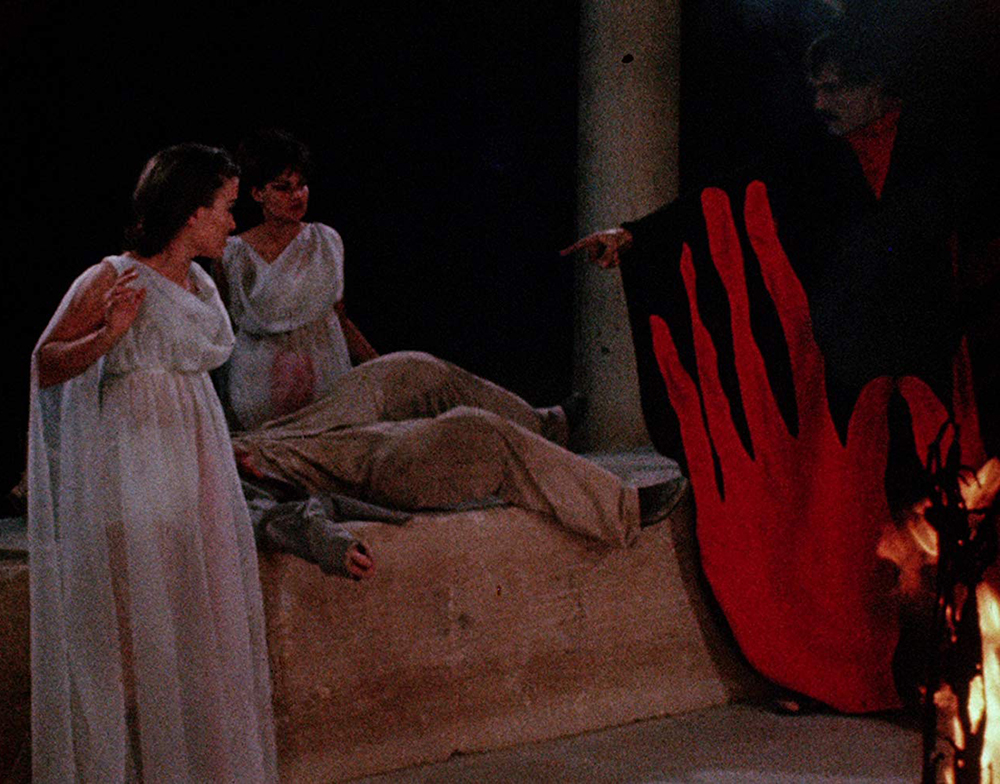 Every horror fan loves a “so bad it’s good”, super cheesy B-movie once in a while. Some of us even get pretty excited over a “so bad it’s awful” film as an occasional guilty pleasure once in a while as well. Manos: The Hands of Fate definitely falls firmly into the second category. In fact, it’s kind of famous among bad movie lovers for being as fantastically bad as it is. So it’s definitely a must-see if you’re into that kind of thing.

Manos: The Hands of Fate was directed by Harold P. Warren back in the 1960s and was first released in 1966. (Warren also stars in the film, alongside Tom Neyman, Diane Mahree, and John Reynolds.) The plot is a classic one any horror fan will recognize. A family on vacation unwittingly finds themselves in a dire situation they’re completely unprepared for. They’re trapped at a mysterious lodge managed by a dark polygamous cult, which goes about as well for them as you’d expect. An odd atmosphere and characters that are even more odd are also part of the mix.

But it’s not the cookie cutter plot that makes Manos: The Hands of Fate the stuff of bad horror movie legends. 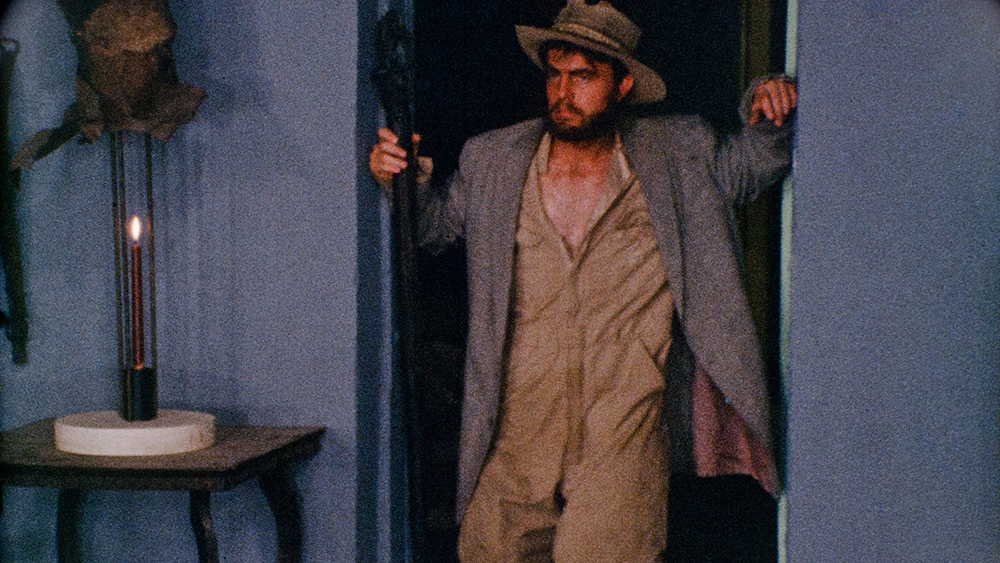 What really gives the film its legendary bad movie status is the entire combination of the following:

— Harold P. Warren wasn’t a Hollywood director or a professional actor either. He was actually a fertilizer and insurance salesman from El Paso, Texas, with zero film experience who actually made Manos because of a bet.

— The script for Manos wasn’t written so much as it was hastily scrawled on the back of an ice cream wrapper by Warren himself.

— Manos was actually shot completely without sound. It had to be dubbed later on. And it’s definitely not dubbed particularly well. In fact, most viewers feel the dubbing is what really catapults this film into “comedy gold” territory.

— The editing is all over the place to the point of being comical. In fact, the editors are said to have done the entire job in just a few hours while seriously intoxicated.

— The premier was just as big a disaster as the actual shoot and post-editing were. In fact, Manos: The Hands of Fate was so badly received (meaning the audience erupted in laughter), that the vast majority of the film’s crew and cast snuck out of the theater halfway through the film, completely mortified beyond belief. 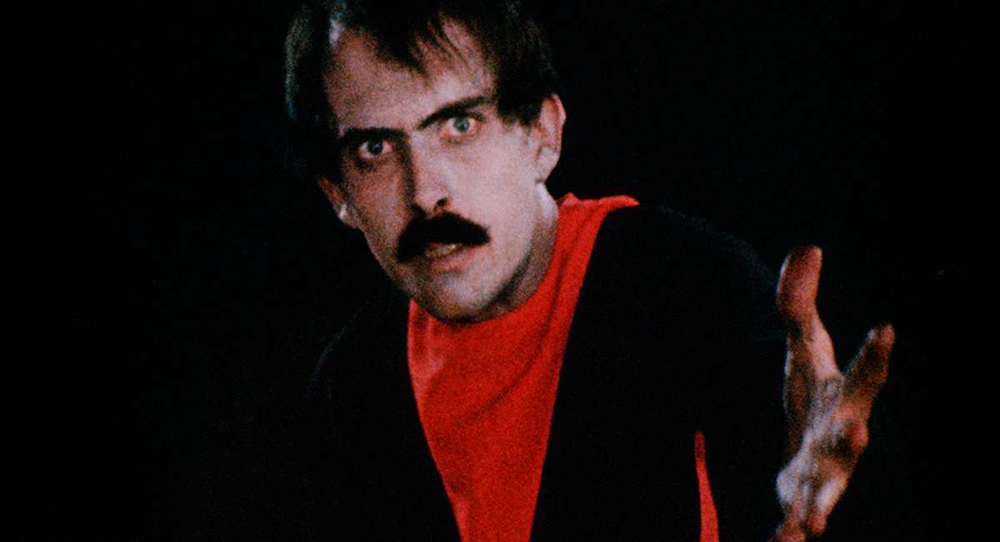 — The soundtrack isn’t very cohesive either and does nothing to help Manos seem creepier or more suspenseful. It’s best described as a bizarre amalgamation of elevator Muzak and light coffee table jazz that only makes the rest of the movie seem funnier.

The aftermath of that film’s premier was about as rough on the cast and crew as you might expect. No one connected to the film ever worked in the industry again.

If you know what you’re getting into with Manos, then you stand a chance of appreciating this film for the glorious mess that it is. 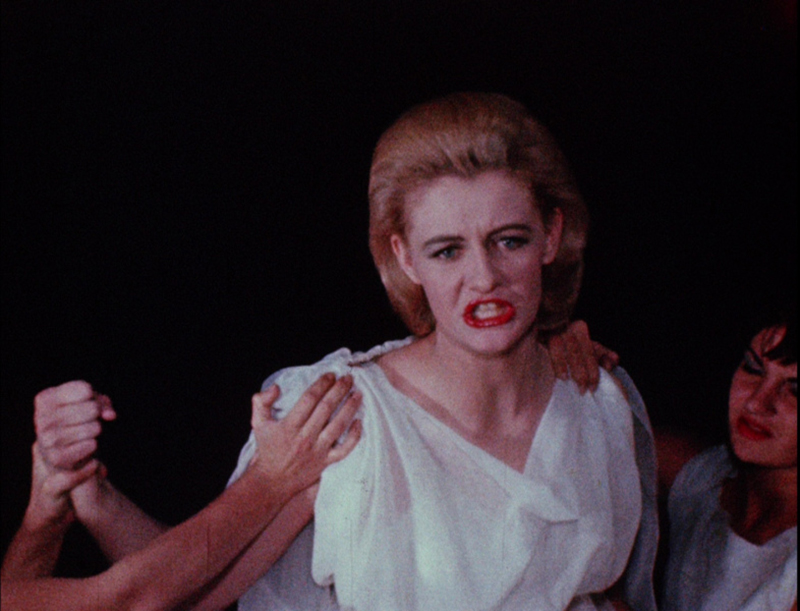 It goes without saying that it’s unintentionally funny. But it’s also deliciously weird and offbeat as well. There are a couple of truly bizarre characters in it. This is also the type of thing that’s great fun to watch knowing the complete backstory of how and why it was made.

Even subsequent attempts to re-edit and fix the film don’t really do much to make it more palatable. So prepare to add a new favorite to your guilty pleasures list. Manos in any form remains hilariously awful to the core, making it a must see for horror fans that really do love ’em bad.