Behind “Wild Zero”’s exploitation, zombie, rom-com, rock and roll fantasy veneer lies a touching story about the power of love. 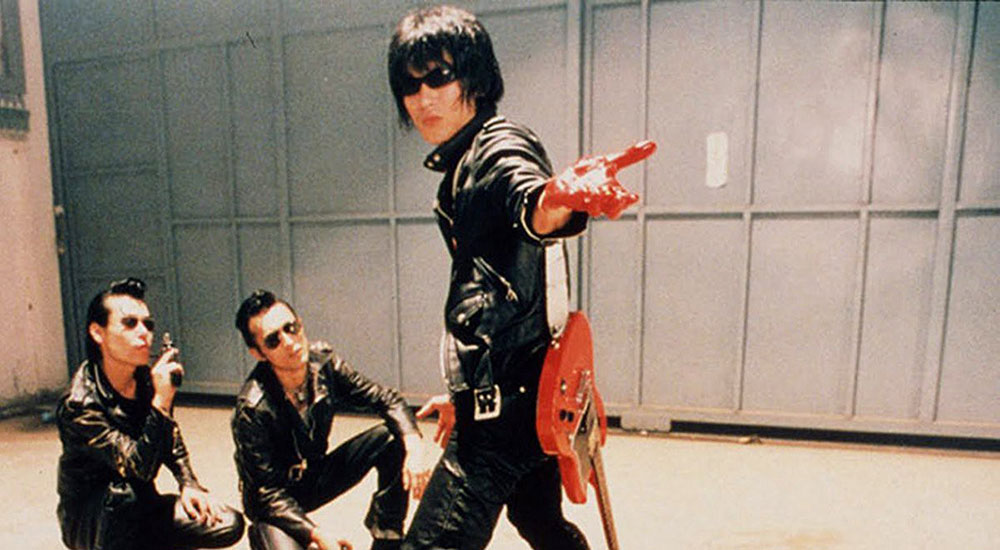 Uncovering the weird, the unusual, the bad, the good, the uncanny, the hidden gems; Morbidly Beautiful presents Weird Wednesday

Imagine, for a moment, sitting in a sold-out movie theater. It’s small, the seats are remnants from the 1970s, and the clock is inching slowly toward midnight when a highly anticipated movie will be shown as part of a film festival. The crowd is buzzing and eager for the show to start. The only thing you know about the movie is what you read from a festival catalog, but the premise of a Japanese rock and roll zombie love story is exciting.

The lights dim, the crowd quiets, the light from the projector flickers and the movie begins. For the next 90 minutes (give or take) you are sped along a movie experience unlike any you have had before. The audience is soaking in every cartoonish kill, roaring at the comedy, and bodies are moving to the high energy punk metal soundtrack. As the credits roll and the lights come up you sit in your seat, spent but happy audience filing slowly out talking excitedly about what they had just witnessed. You cannot wait to get home and tell anyone who would listen about the movie you just saw and how they have to see it. 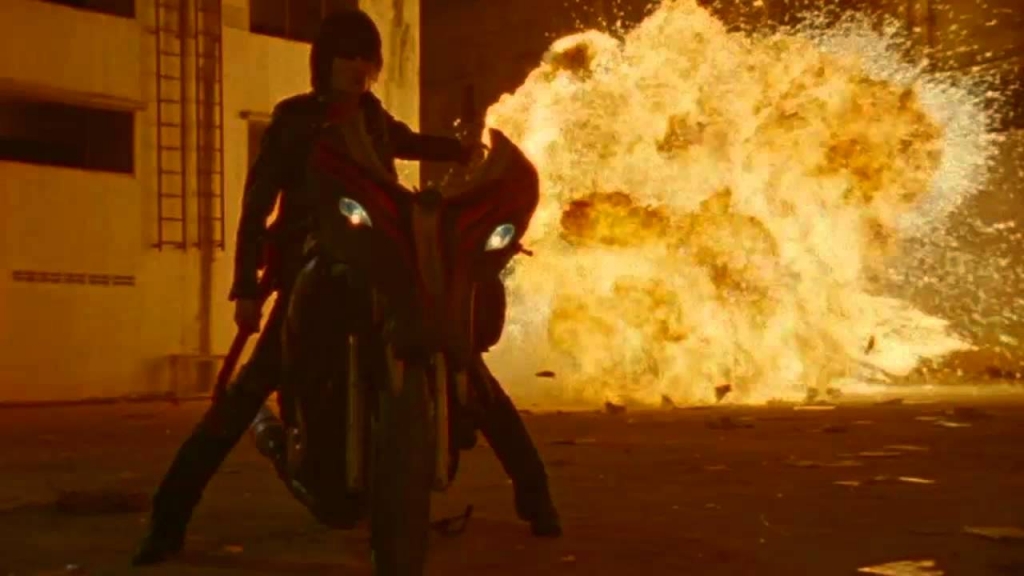 This was my experience the first time I saw director Tetsuro Takeuchi’s WILD ZERO.

At its heart, amidst all the CGI blood, zombie, and alien lunacy, WILD ZERO is a love story.

Ace (Masashi Endo) is a young greaser who is a big fan of the band Guitar Wolf (a 3-piece punk band consisting of members Guitar Wolf, Bass Wolf, and Drum Wolf). On the night Ace attends their concert, Guitar Wolf finds themselves in a life or death situation with the club owner Captain (Makoto Inamiya). Ace bursts in on the confrontation and “saves” Guitar Wolf. For Ace’s efforts he is made a blood brother of Guitar Wolf (the man not the band) and is given a whistle to summon Guitar Wolf if Ace is ever in trouble.

There are multiple storylines including a badass woman arms dealer, a trio of Bill and Ted style stoners, and the club owner looking for revenge against Guitar Wolf, that all merge together toward the middle of the movie. But the movie, despite all appearances, is a touching love story between Ace and a girl he saves from a gas station robbery, Tobio (Kwancharu Shitichai).

They meet briefly but Ace is immediately smitten with Tobio, a quiet waif of a girl, and eventually meets up with her again when the zombie apocalypse is in full swing. It’s when they are hiding from the zombie attack that they reveal feelings for each other, and Tobio reveals she’s trangender to Ace. 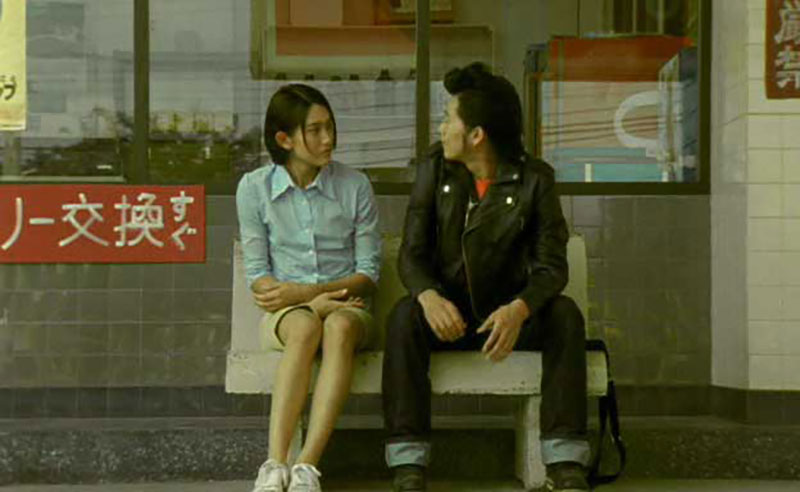 This is a moment that could have gone full THE CRYING GAME or played the moment for laughs, or any other way you’d expect a zombie comedy from the late 90s to play out.

Ace does scream as the camera focuses on his reaction and he runs away from Tobio, but then things take an unexpected turn. Ace is struggling with what do, and Guitar Wolf appears to give him the only lesson that matters: “Love has no borders, nationalities, or genders!”

Ace, while confused, allows Guitar Wolf’s words to sink in. Realizing Tobio is in danger from the zombies, Ace hurries to save his love. The movie treats their relationship as it should be – a relationship without concern for gender, and without reaching for easy, poor tasting jokes about Tobio.

For a 1999 exploitation film about zombies and aliens, the message about love and its transcendency was ahead of its time. 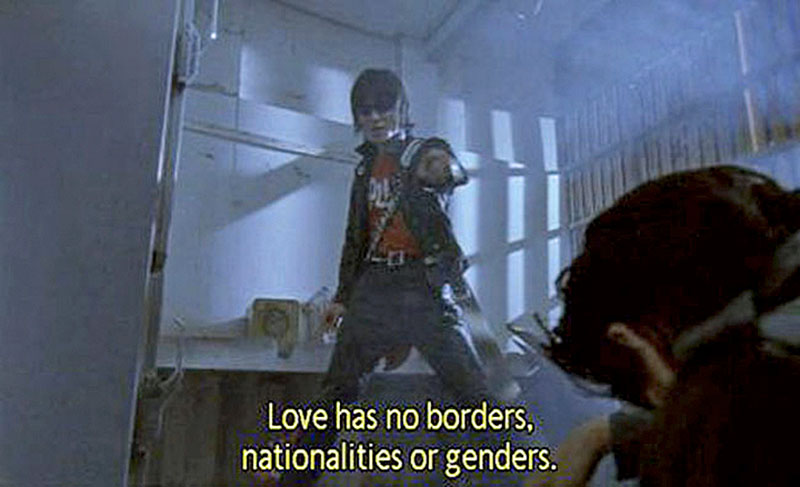 Around this surprisingly tender story of Ace and Tobio is off-the-wall zombie and alien craziness with a healthy dose of Guitar Wolf super heroics. All you need to know about WILD ZERO is that Captain, the evil club owner, runs around the entire movie in too tight short-shorts and a Dutch boy bowl haircut, and Guitar Wolf pulls out a samurai sword from his guitar to slice alien ships in half.

WILD ZERO is balls-to-the-wall insanity, and there is no holding back on zombie carnage and loud, trashy rock and roll. But strip away all the horror and action, WILD ZERO champions the idea that to have a happy life all you need is love and rock and roll.