We continue our recap of the entire Riverdale series with episodes 10 and 11 of the first season, “The Lost Weekend” and “To Riverdale and Back Again”.

Join us for our weekly recap of the entire Riverdale series, starting with the first episode of Season 1. This will be a bi-weekly column (every Tuesday and Thursday), with two episodes reviewed each time, until we get caught up with the latest season. Catch up on everything you might have missed using the links below, or just dive right into to episodes 10 and 11 of the first season of Riverdale.

Season 1
Episode 1: The River’s Edge
Episodes 2 and 3: Touch of Evil and Body Double
Episodes 4 and 5: The Last Picture Show and Heart of Darkness
Episodes 6 and 7: Faster Pussycats! Kill! Kill! and In a Lonely Place
Episodes 8 and 9: The Outsiders and La Grande Illusion 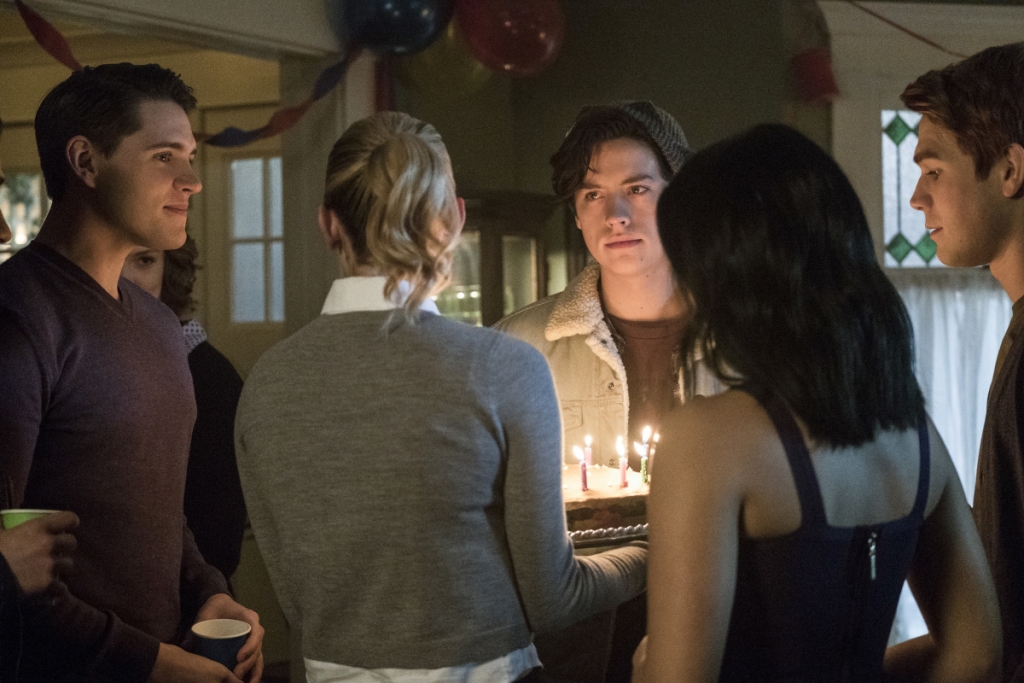 Betty’s attempt to relieve her own stress and to celebrate Jughead’s birthday goes horribly wrong.  She holds the party at the Andrews home while Fred goes to sign the last few papers that’ll make him and his wife Mary’s divorce official. The party is shrouded in sadness, only for Cheryl — dethroned by Veronica from the River Vixens — to team up with Chuck Clayton and bring a horde of people to the party who shouldn’t be there.

Chaos ensues including: everyone finding out both about the hot tub incident and Archie’s relationship with his teacher, Valerie throwing a drink in Archie’s face whereupon he kisses Veronica, Jughead getting into a fight with Chuck over Betty’s honor,  and Veronica accusing Cheryl of the murder of her own brother. Soon after, Fred returns home — with Mary in tow. 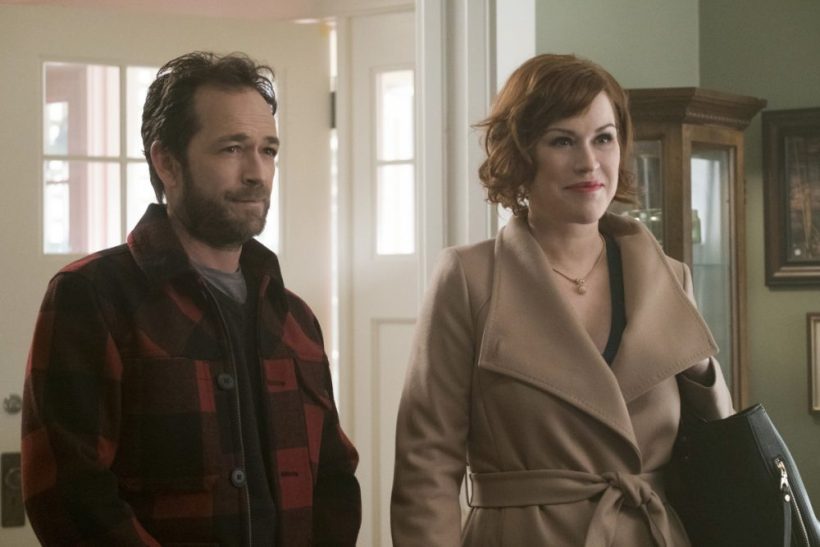 — Fun fact: Veronica calling Jughead ‘Torombolo’ is a reference to his name in the Latin American version of Archie Comics and the various animated productions associated with it there!

— We’re in winter chronologically, right? I can’t tell with this show sometimes. Time seems like it moves differently there. Odds are that won’t factor into anything though. At least not on Riverdale, maybe on Chilling Adventures?

— As I predicted, Cheryl’s returned to my good graces. I love her chaos. She’s still tarnished though by her insistence on teaming up with Chuck Clayton (who remains a douchebag — one who didn’t deserve getting roofied and almost boiled alive in a hot tub, but a douchebag nonetheless). Not fully reformed yet, but still a blast to watch in action.

— The twincest comment was exactly what I’ve been thinking for a while. I’m hoping that’s not some final twist in this season. Roberto, you gave us American Psycho: The Musical. I should be able to trust you. But you also gave us the Carrie remake, so you’re on ice as thin as Valerie’s patience with Archie.

— No one comes off smelling like a rose in this episode. Except Ethel, because she did nothing this episode, and the Andrews parents. Everyone does bad shit, and those are my favorite episodes.

— I don’t think I’m ever going to get into Bughead (Betty/Jughead). There’s zero chemistry there, and it just feels off somehow. Jughead fighting against Chuck probably wasn’t the best move either, especially considering the fact that he was almost arrested for Jason Blossom’s murder an episode or two back.

— Speaking of which, hauling out Jason’s death to mock Cheryl was a pretty low blow. But considering the circumstances and all, it’s not that surprising.

— Archie, please stop getting into relationships for a while. Just take some time for yourself, dude. Get therapy, deal with your breakup with Valerie, and don’t kiss Veronica again for a while.

— Speaking of Veronica, my predictions have been proven right again. It’ll be interesting to see how her testifying in favor of her dad will affect her relationships. I like the pearl necklace Hiram gave her, very classy. Does he have access to his bank account in prison though? Did he buy that for her before he went to jail and then wait for the right moment to have it sent? 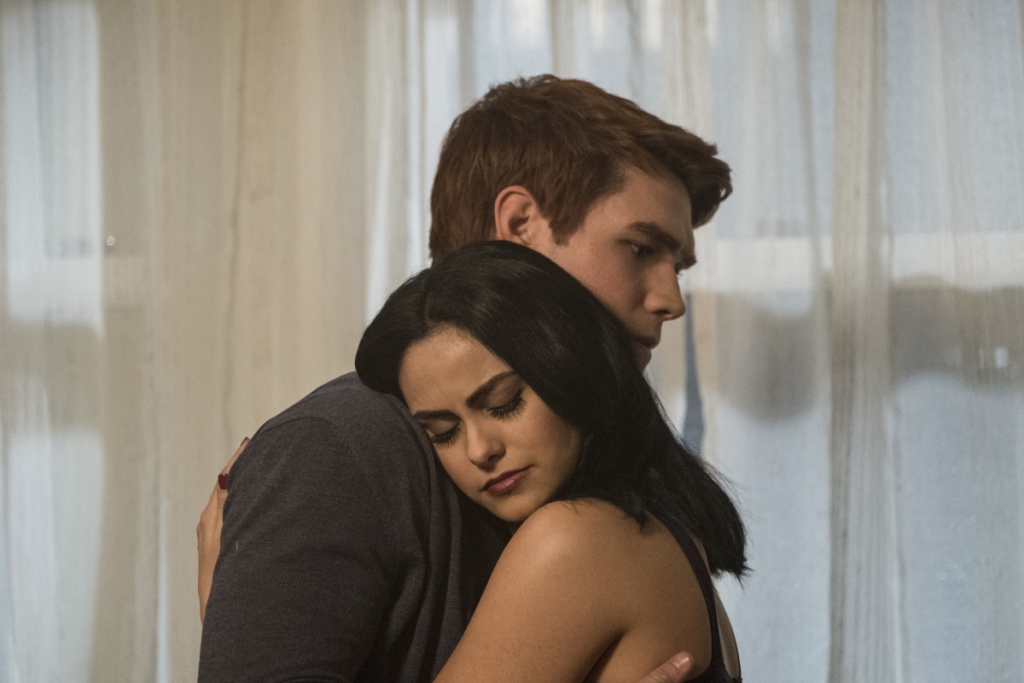 — Finally, on Veronica’s note, everything seems to be coming up roses for her now that she’s become the River Vixens’ captain over Cheryl Blossom. We should probably say goodbye to Tina and Ginger though. Now that they’re not Cheryl’s lackies anymore, I highly doubt whether we’ll see them again.

— Good to see Dilton showing up again to serve his purpose: telling everyone about Mrs. Grundy and seeing her by the river when Jason was shot. Nothing’s gonna come of it though!

— Welcome to the Riverdale Parents ranking: Archie’s mom Mary Andrews as portrayed by Brat Pack icon Molly Ringwald! We didn’t really get to see how she acted with Archie in this episode, so she doesn’t go on the ranking for this episode. But she’ll be on it for the next.

— The party wasn’t that good, and this episode was mostly build-up for the next episode.

— Riverdale Parents Ranking: Fred, Hermione, FP, Alice. Mary, as I’ve said, is out of the ranking for now.

“I’m weird, I’m a weirdo. I don’t fit it, I don’t want to fit in. Have you’ve ever seen me without this stupid hat? That’s weird.” – Jughead. (The line that launched a thousand memes.)

Episode 11: “To Riverdale and Back Again” Synopsis 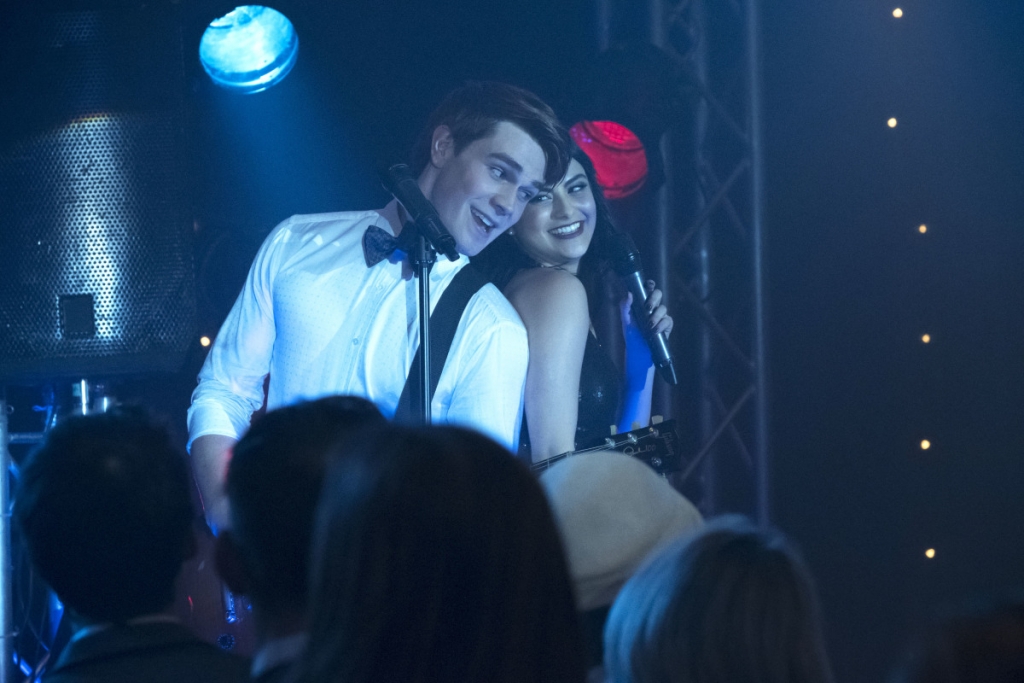 The whole town prepares for the homecoming/reunion while Mary bonds with her son again. Hermione and Veronica argue over what’ll happen to the family once Hiram gets out — since his sentence has been reduced — while Jughead rejoices temporarily in his father’s attempts to fix his life. Veronica and Archie try to make sense of their kiss at Jughead’s birthday party. Cheryl and Polly try running for Homecoming together — only for that to fall apart, along with most of her plan to get in good with the family, when she continually gets drugged with milkshakes by the Blossom parents (who then manipulate Cheryl into going along with their plans.)

The dance comes and everyone goes except for Polly for obviou